Two former prosecutors general of Ukraine, Viktor Shokin and his successor Yuriy Lutsenko, helped the team of U.S. President Donald Trump to make his opponent Joe Biden a "corrupt person". It happened within one of the largest international scandals in which Ukraine became involved — an investigation into the impeachment of the U.S. president.

The documents recently released by the U.S. Department of State make it easier to understand how exactly the Biden controversy appeared.

The lawsuit was filed by an American non-governmental organization American Oversight to verify the White House’s pressure on the leadership of Ukraine. On October 24, the court ordered the State Department to release the documents within 30 days.

Five of the 100 pages (pp. 66-72) are devoted to "Shokin / Lutsenko Records". It is, in fact, a retelling of two interviews that Trump's personal lawyer Rudy Giuliani and his assistants conducted with both Ukrainian prosecutors general. It’s not clear who exactly made the notes of the meeting and handed them to the State Department.

Lutsenko started communicating with Giuliani in 2018. He hoped that with the help of Trump's lawyer he can get the U.S. Ambassador to Ukraine Marie Yovanovitch, with whom he had a conflict, fired. Shokin also sought to contact the Trump entourage. Fired in 2016 at Vice President Joe Biden's personal request, two years later he decided to tell his version of events. Lutsenko and Shokin convinced Trump's team that they have evidence of Biden's corruption.

Shokin said that in 2015-16, when he was Prosecutor General, his subordinates were investigating five criminal proceedings against Mykola Zlochevsky, Minister of Ecology under President Viktor Yanukovych. Their essence was that Zlochevsky as a minister granted his own companies permits for the exploration and production of gas and oil. They were part of Burisma Holdings, Zlochevsky’s company incorporated in Cyprus.

After the Euromaidan, Zlochevsky left Ukraine for the United Kingdom. In the spring of 2014, Burisma's board included former Polish President Aleksander Kwaśniewski, Joe Biden’s son Hunter Biden, Devon Archer, stepson of then U.S. Secretary of State John Kerry, and former CIA associate Joseph Blade. According to Shokin, Zlochevsky hired them to protect his business.

It was in the spring of 2014, that the U.K. authorities arrested $23 million, which Zlochevsky withdrew from Ukraine. Shokin acknowledged that the Prosecutor General's Office had forwarded false documents to the U.K. that allowed Zlochevsky to "unfreeze" these funds, and stressed that this story had taken place before his appointment. As for his period in the Prosecutor General's Office, he testified that the investigations into the above five cases over Zlochevsky "stopped because of fear of the United States."

Shokin recalls his conversation in June or July 2015 with Geoffrey R. Pyatt, the then U.S. ambassador to Ukraine. "Pyatt told [Shokin] that this was a white-glove investigation, which, according to Mr. Shokin, implied it would be best to drop it," the document reads.

Shokin linked this conversation to Pyatt's speech in Odesa that September. According to Shokin, at the time, Pyatt accused the prosecutor of not investigating the case and called for Shokin to be dismissed. In fact, Pyatt did indeed criticize the work of the PGO at the time, but because of the inaction that allowed Zlochevsky to “unfreeze” $23 million in London, as well as his opposition to investigating the “diamond prosecutors” case. The diplomat did not mention the resignation of Shokin in that speech.

Hromadske asked Pyatt for a comment, but the diplomat had not responded by the time of publication. 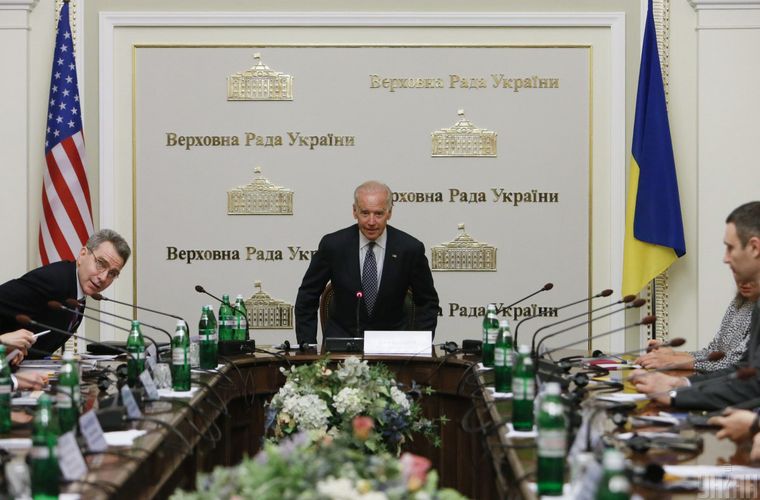 The alleged reason for Shokin's dismissal is explained in the "records" as follows: "President of Ukraine Petro Poroshenko told Mr. Shokin not to investigate Burisma as it was not in the interest of Joe and/or Hunter Biden. Mr. Shokin was called into Mr. Poroshenko’s office and told that the investigation into Burisma and the composition of the board where Hunter Biden sat, has caused Joe Biden to hold up one billion dollars in U.S. aid to Ukraine." Shokin also testified that around April 2016, Poroshenko called him and said he would be discharged because of it.

There is no evidence of this to date. Instead, American diplomats who spoke in Congress in the framework of the investigation into the impeachment of President Trump testified: Biden himself demanded that the Burisma case be investigated, as well as that he demanded the dismissal of Shokin because he sabotaged U.S.-funded reform of the Prosecutor General's Office.

It was not just Biden and the U.S. Embassy, ​​but also E.U. embassies, that demanded the dismissal of the Prosecutor General. According to U.S. diplomats, Biden only voiced a decision that was agreed upon by U.S. diplomats and the U.S. State Department and that was supported by Europeans.

Hromadske reached out to Poroshenko's team for a comment, but we did not receive a response at the time of publication. Earlier, Kostiantyn Yeliseyev, Poroshenko's advisor on international affairs, said that in talks with Poroshenko, Biden had never mentioned either Burisma or his son.

"Believe me, the word "Burisma" or the name of Biden's son never came up. Including, once again, I emphasize during telephone calls and any contacts with Vice President Biden,” Yeliseyev said.

Hromadske was unable to contact Shokin, the editorial office is prepared to publish his position on the documents published if he wishes to do so. 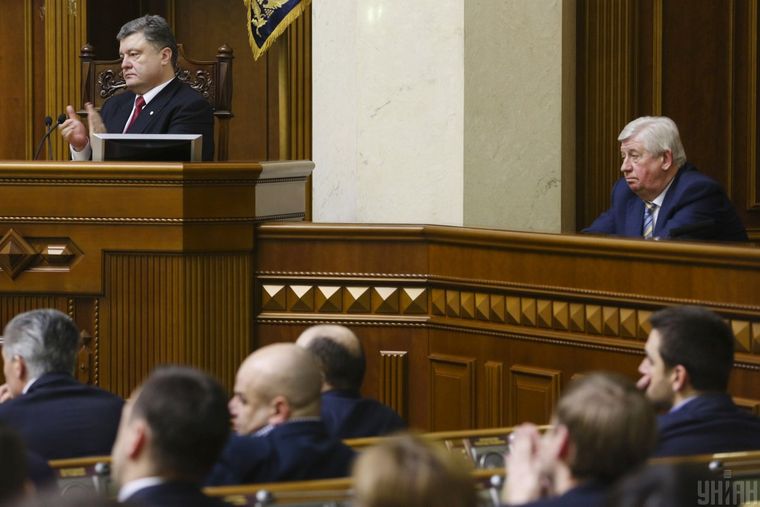 In a conversation with the Americans, Shokin emphasized that the cases in which Burisma appeared were closed by the Prosecutor General's Office in October 2016 under his successor, Lutsenko. Giuliani interviewed Lutsenko for two days — on January 25 and 26 in New York. The documents state that the former PG went to the meeting with Trump's lawyer, with Hlib Zahoriy — at that time MP from Petro Poroshenkos' Bloc, and Gunduz Mamedov (then-prosecutor in the Autonomous Republic of Crimea, now deputy prosecutor general).

During talks with Giuliani, Lutsenko did not mention the pressure on him from Poroshenko or Biden on issues related to Burisma. Instead, he demonstrated a "document from Latvia" that stated that Burisma had paid millions of dollars to board members.

In particular, $1.1 million were received by Kwaśniewski and $900,000 by Rosemont Fonseca, where Hunter Biden was a partner.

According to Lutsenko, the $900 000 invoice was for services rendered for lobbying by Joe Biden. The document does not specify how Lutsenko came to this conclusion — Hunter Biden never denied that he received money for work on the board of directors of Burisma, and stated that he never asked his father to protect the interests of its owner. Kwaśniewski told reporters that "truth be told, we never needed such assistance."

Subsequently, Lutsenko was interviewed by The Hill in March 2019, where he hinted that Biden had demanded Shokin's resignation over Burisma affairs. Shokin himself spoke of Biden's alleged corruption in a comment to The New York Times. That article was co-written by Iuliia Mendel, the current press secretary of Zelenskyy. This marked the beginning of a public campaign to discredit Biden and U.S. Ambassador to Ukraine Marie Yovanovitch, whose resignation was demanded by Lutsenko.

Three months later, in July 2019, Trump asked the new Ukrainian President Zelenskyy for a favor, namely to "investigate the Bidens", which eventually led to Congress initiating an impeachment inquiry against him.

Hromadske has reached out to Lutsenko to ask if the person who recorded his conversation with Giuliani and his assistants had transcribed his words correctly. We also asked the former prosecutor general, what evidence he used to declare that by paying his son salary, Burisma, in fact, paid for Joe Biden's lobbying services. At the time of publication of this material, Lutsenko had not provided an answer. The editorial office is prepared to publish Lutsenko's response as soon as he gives it. 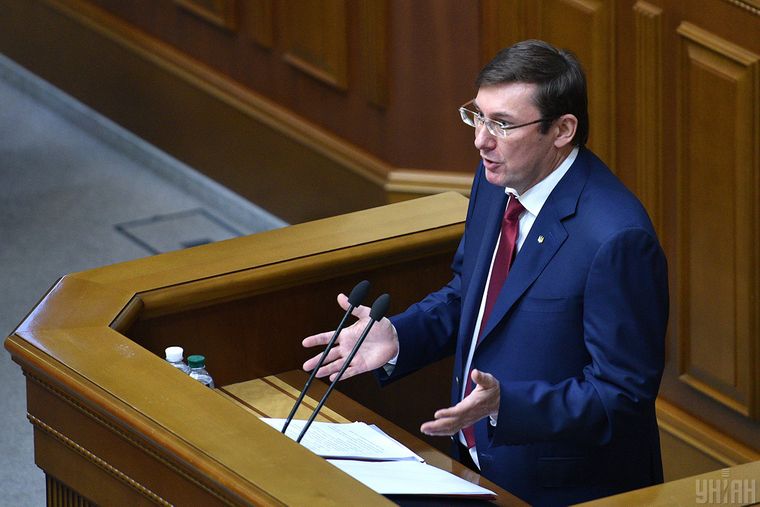 The documents mention two phone calls — on March 26 and March 29. Curiously, Pompeo himself asked for a second phone call, as indicated by the subject of the email.

Before making the phone call, Giuliani’s assistant asked White House employee Madeleine Westerhout for Pompeo’s “work number” because the assistant was "unable to reach him through official channels."

A certain "Mr. Reshenko" was mentioned at the meetings between Lutsenko and Giuliani: most likely it refers to the former MP Sergii Leshchenko, who in May 2016 published part of the so-called “black ledger” of the Party of Regions. Trump’s then-campaign head Paul Manafort’s name was also mentioned, who would be forced to step down from office and later stand trial.

The documents say that Lutsenko mentioned the "black ledger" published by Leshchenko. Ex-PG stated that the MP and the then-U.S. Ambassador to Ukraine Yovanovitch were close acquaintances. He claimed that Yovanovitch had requested him to close three proceedings, one of which was against Leshchenko.

According to the documents, Lutsenko also spoke about the National Anti-Corruption Bureau (NABU) and the Specialized Anti-Corruption Prosecutor's Office (SAPO) of Ukraine: as if they were created under direct instructions from the U.S.; that their leaders — Artem Sytnyk and Nazar Kholodnytskyi, respectively — did not always get along well with each other; and their performance was poor compared to PGO investigations. 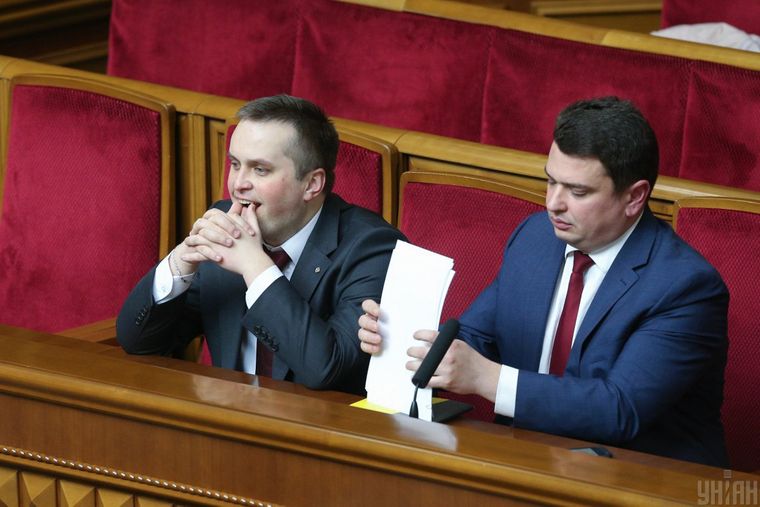 Among the documents released is a detailed chronology of Joe Biden's actions on Ukrainian foreign policy, as well as a copy of The Hill's articles, which include the previously mentioned interview with Lutsenko.

The documents published by the State Department also contain an email from John Herbst, the fifth U.S. ambassador to Ukraine, to David Gale, Deputy Secretary of State for Political Affairs. It contains an appeal dated April 5, signed by six former U.S. ambassadors to Ukraine, to defend Yovanovitch and remonstrate against Lutsenko's actions.

“The [Hill] articles show a lack of understanding of Ukrainian politics. [Journalist John] Solomon takes the words of the Prosecutor General of Ukraine at face value and describes him as a reformer. However, many observers in Ukraine and abroad consider his reform activity as a prosecutor general at best dubious,” the letter reads.

Gale sent the letter to at least two other State Department employees: Counselor Ulrich Brechbuhl and Acting Assistant Secretary of European and Eurasian Affairs, Philip Reeker. And also to a secret addressee with "Not sure what to do with this" written in the body of the letter.

READ MORE: Ukrainian PG on Burisma: “No Politicians Tried to Influence My Decisions"

Another letter of concern about the campaign against Yovanovitch was prepared on April 12 by Democratic Party congressmen Steny Hoyer and Eliot Engel and addressed Pompeo directly. However, Lutsenko’s name is not mentioned there. It was only on July 11 that the State Department responded saying Yovanovitch left office in accordance with the planned rotation.

'Europe Sees Trump as One of the Most Dangerous Presidents the U.S. Could Have'
6832
Politics