On November 28, Ukraine and Russia held bilateral talks on the conclusion of a new gas transit agreement in Vienna. The negotiations were held in this format for the first time since 2014. The parties agreed to intensify negotiations in both bilateral and trilateral format with the participation of the European Union.

Such an official position was declared by the Ukrainian Ministry of Energy and Environmental Protection following the unannounced negotiations.

“The parties discussed the possibility of signing the contract in accordance with European rules and agreed to intensify the work. Negotiations will continue in both bilateral and trilateral formats with the European side,” the statement read.

The Ukrainian side still insists on signing a new agreement on the transit of Russian gas under European rules. This means that Gazprom would not sign the agreement with Naftogaz (as the current transit agreement is in effect between Gazprom and Naftogaz), but with the operator of the gas transmission system (GTS) — a new company to which the state will transfer Ukraine’s GTS from Naftogaz.

European rules provide for clear tariffs for gas transmission, as well as certain volumes of transmission that both Ukraine and Russia must adhere to. Ukraine's income depends on the volume of gas transit. Currently, it ranges from $2 to $3 billion.

Naftogaz, which currently operates the GTS, reports that Gazprom supplies gas to Europe via Ukraine irregularly. In particular, they believe that Russia uses the Ukrainian GTS in residual capacity: at peak times of gas consumption in Europe, transit through Ukraine increases, and when consumption declines — it decreases.

The conclusion of a fixed-volume transit agreement would provide Ukraine with a steady and projected income.

Ukraine also insists that the new transit agreement should be long-term — for 10 years or more. At the same time, according to the CEO of Naftogaz Yuriy Vitrenko, the deadline for the conclusion of the long-term agreement expires on December 13.

"The parties discussed Russian-Ukrainian cooperation in the gas sector — settlement of mutual claims for the fulfillment of contracts, conditions for the transit of Russian gas to Europe from 2020, prospects for direct purchase of Russian gas for Ukrainian consumers," it reported on October 28.

It should be noted that earlier Naftogaz stated that Gazprom had sent them a formal refusal to supply gas after the Ukrainian company sent a corresponding request there.

A gas supply agreement is currently in place between Ukraine and Russia, which Ukraine reviewed at the Stockholm Arbitration. In particular, the Arbitration’s ruling changed the gas supply tariff. Russia does not recognize its loss to Naftogaz, so it refuses to supply gas at a new, lower tariff.

READ MORE: The Question of an Annual $3 Billion: Why Ukraine Needs a Contract With Russia on Gas Transit

Besides, Gazprom appealed against the Stockholm Arbitration ruling on the tariffs, which it subsequently lost.

Earlier, Russia repeatedly spoke of the need to "restore the balance of relations" between Naftogaz and Gazprom. This presumes that Ukraine and Naftogaz renounce the requirements of the decisions of the Stockholm Arbitration (approximately $3 billion, which Russia can be ordered to compensate Ukraine with as early as 2020) as well as the antimonopoly commission fine of about $7 billion. Moscow also insists that Naftogaz withdraw new lawsuits from Stockholm (about $12.2 billion).

Ahead of the Vienna talks, the Ukrainian government said Ukraine's renunciation of arbitrations and fines in order to continue gas transit is “unacceptable.”

At the same time, Naftogaz announced that it is ready to receive its victory in arbitration — $3 billion — with gas instead of money. This option, in particular, provides for the renewal of direct gas supply from Russia to Ukraine, which the Russian side insists on. At the same time, it is unknown whether Russia will agree to supply its gas for free until it repays its debt to Naftogaz.

“Streams” and Gazprom’s Lawsuits in Europe

A new round of talks in Vienna took place amid the adoption of an updated E.U. gas legislation, which caters for the extension of European rules, which have become applicable in Ukraine, to offshore pipelines, including Nord Stream 2.

This means that even after the completion of the Russian bypass pipeline, it will not be allowed to run at full capacity. However, it is likely that Germany left a "loophole" in order to make an exception for Nord Stream 2 that would allow it to operate at full capacity after launch.

At the same time, Denmark gave the green light to the construction of Nord Stream 2: this country granted the last permit to lay the pipe needed to complete its construction. According to unconfirmed information that Hromadske was able to obtain, Ukraine did not dispute the granting of this permit, permitting the launch of Nord Stream 2 in the near future. 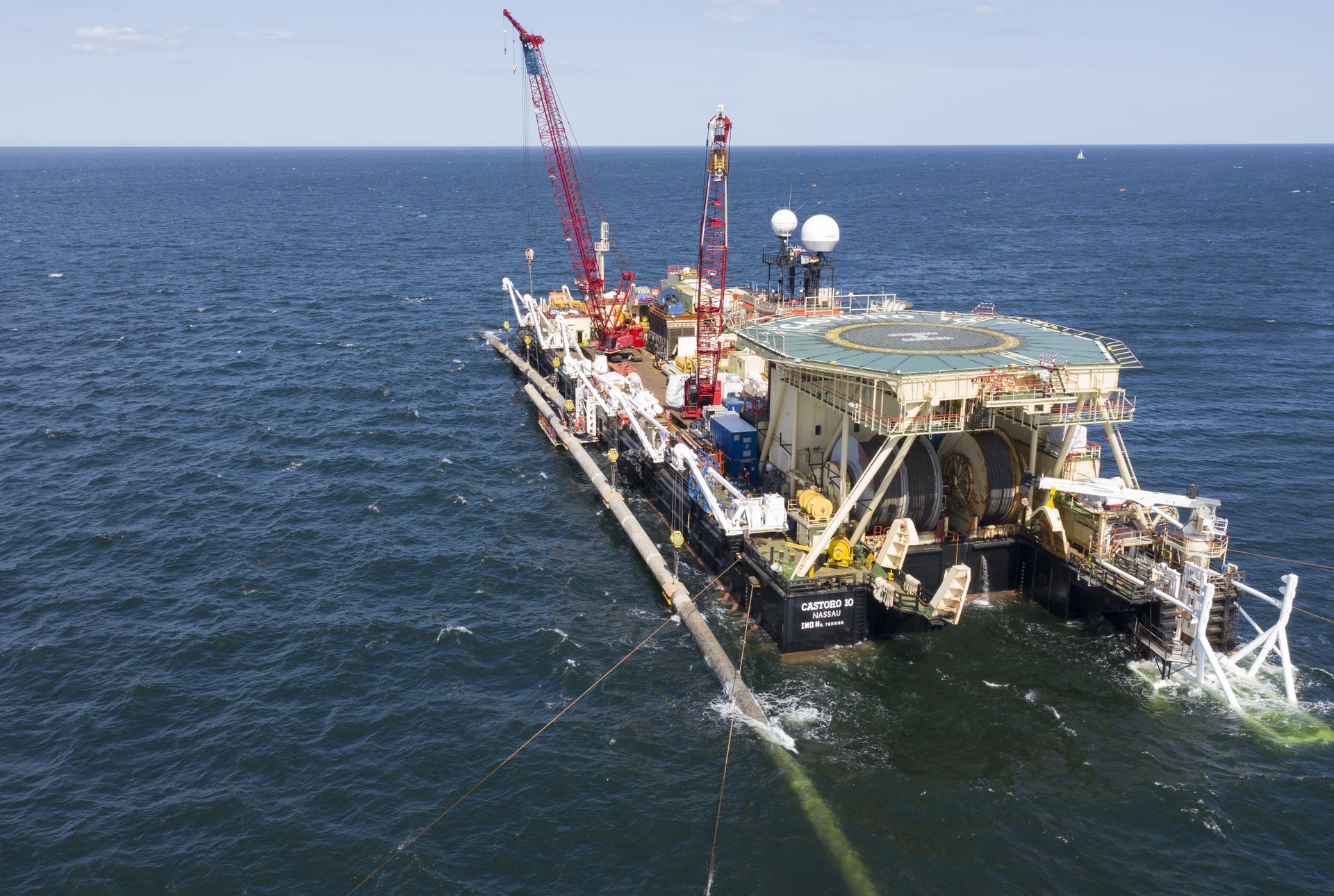 In case of the launch of Nord Stream 2 and TurkStream, which Russia is building to bypass Ukraine in the south, Gazprom will be able to completely forgo Ukrainian gas transit. However, this may not occur until the second half of 2020 or early 2021. That means Russia will need the services of the Ukrainian GTS at least for another year. Therefore, Moscow insists on a short-term transit agreement, which is absolutely unprofitable for Ukraine.

Recent talks in Vienna are the first bilateral gas talks between Ukraine and Russia since 2014. All the previous gas transit talks took place in Brussels with the participation of European Commission Vice President Maroš Šefčovič. Why Vienna was chosen for the new bilateral talks is unknown.

Vienna is, however, where the Ukrainian "gas oligarch" Dmytro Firtash, who is awaiting extradition to the United States, currently resides. In 2004-2009, Firtash’s company RosUkrEnergo acted as an intermediary for gas transit from Russia to Ukraine and Europe.

READ MORE: Austria Allows Extradition of Oligarch Firtash to the US