EXCLUSIVE: The True Cost Of Remaining Ukrainian in Crimea
7986

Shaytanov faces charges of treason and of taking part in terrorist acts. The Security Service of Ukraine

The Security Service of Ukraine (SBU) has released a statement saying that their counter-intelligence wing has detained an SBU major-general, Valeriy Shaytanov, on suspicion of being a Russian spy recruited by the Russian Federal Security Service (FSB). Shaytanov now faces charges of treason and of taking part in terrorist acts. The SBU believes that Shaytanov had also planned the murder of Chechen Adam Osmaev, who took part in the Donbas conflict on the Ukrainian side as a volunteer.

“Unfortunately, a person who received the rank of general after the Revolution of Dignity and who was supposed to defend Ukraine, was actually working against it. We conducted a long, complicated, and multi-level special operation,” stated SBU head Ivan Bakanov.

Shaytanov was one of the former heads of Special Operations Group A at the SBU, while at the same time he was acting as a spy for FSB agent Igor Egorov, under the codename “Bobil.” Egorov works for the FSB’s Department of Counterintelligence Operations 1 – a subdivision of the FSB that specializes in planning, organizing, and executing surveillance, sabotage, and terrorist acts – both in Ukraine and in other countries. 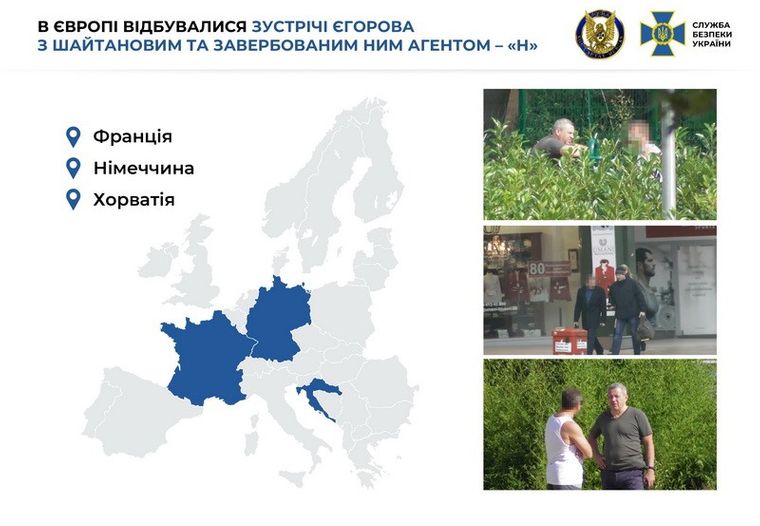 “Under the command of the [Russian Federation’s] special services, Major-General Shaytanov planned to enact terrorist acts on Ukrainian soil. For his actions, the FSB guaranteed compensation of $200,000 and Russian citizenship and passport,” reads the SBU statement.

The SBU also claims that Shaytanov specifically recruited former special forces operatives to commit his crimes – one of whom is given the codename “Agent N” in audio recordings (audio in Russian) released by the agency.