Russia is Struggling with a Shitty Problem. Literally.
Editors' Choice
13661

“I’m the Change”: What It’s Like to Be Feminist in Moldova, Armenia, Ukraine, and Russia
13547

Plenty of sketchy foreign fighters have appeared as Russian-backed mercenaries in the war in eastern Ukraine. But Beness Aijo truly stands out. This internationally wanted Latvian extremist – nicknamed “Black Lenin” because of his radical left extremism and African heritage – has spent years on the Donbas frontlines.

But now, as the Kremlin signals a possible desire to settle the Donbas war with Ukraine, some Russian-backed mercenaries have found themselves looking for other gigs. Some former separatist “officials” have even taken on new roles inside Russia – and now Aijo has turned up in Russia too.

In February, Hromadske’s partner outlet Novaya Gazeta reported that Aijo made a surprise appearance at the Shiyes station in northern Russia, ground zero of the country’s environmental uprising.

On February 11, Aijo arrived in the town of Urdoma, in Russia’s northern Arkhangelsk region. He entered Russia using a passport from the unrecognized “Donetsk People’s Republic” (DPR), but law enforcement detained him almost immediately for another reason – there’s an Interpol notice for his arrest. 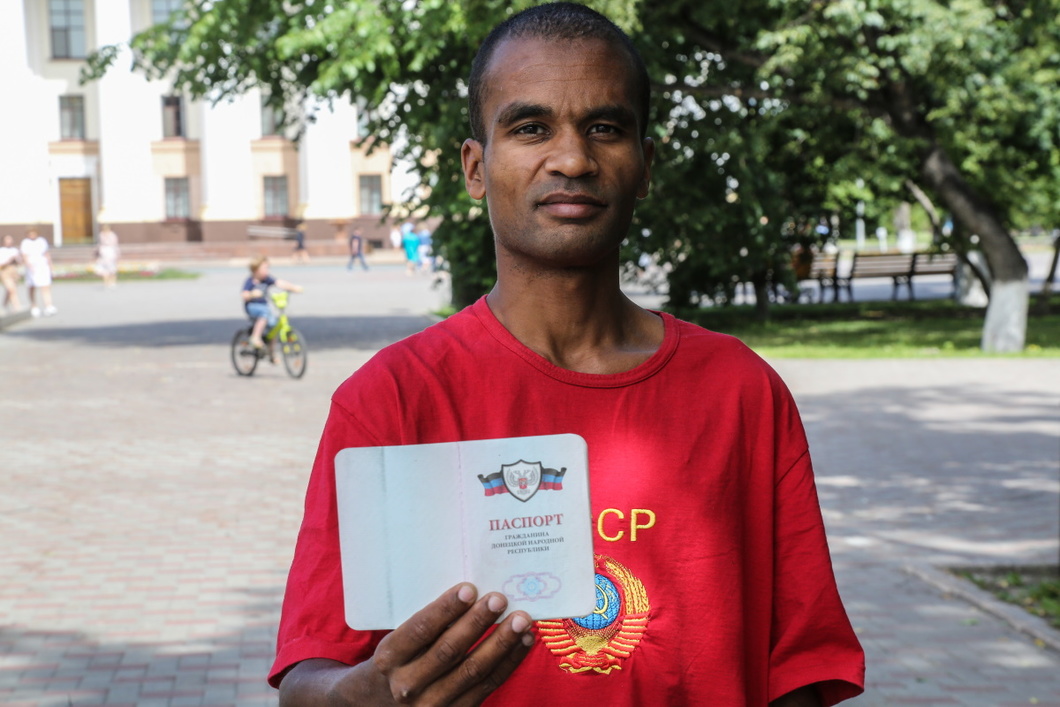 Latvia has been after Aijo for years. He currently has four pending criminal charges – including being indicted for participating in the armed conflict in eastern Ukraine and for attempting to overthrow the Latvian government.

Nevertheless, his detention in Russia was short-lived. He was released within two days after State Duma Deputy Sergei Shargunov (a former “commissioner” in the “DPR”) and left-wing writer Zakhar Prilepin intervened on his behalf.

In 2014, the Russian military intervened in Ukraine, backing separatist forces in the eastern regions of Donetsk and Luhansk. Since then, the armed conflict has attracted hundreds of foreign mercenaries, fighting on behalf of the Russian-backed separatists.

READ MORE: "Operation 88": How Are Mercenaries in Donbas Connected With Italian Leadership?

Meanwhile, a number of former separatist “leaders” – who are often accused of war crimes – are now living in Russia or Crimea; a peninsula on the Black Sea that Russia illegally annexed from Ukraine in 2014. While some of them have received similar “promotions” back in Russia, others are responsible for leading organizations and volunteer movements that support the so-called Donetsk and Luhansk People’s Republics or Russian fighters who participated in the conflict in the Ukrainian Donbas.

Following his release from detention, Aijo said he was heading to Moscow. He has no intention of returning to Latvia, where he would surely face time in prison. Instead, he is planning on seeking political asylum in Russia. And while it’s not unusual for former separatists and mercenaries from the Donbas war to end up there, Aijo’s politics could pose a problem. In an interview with Novaya Gazeta last year, he threatened to lead a revolution in Russia unless the Kremlin annexes eastern Ukraine. 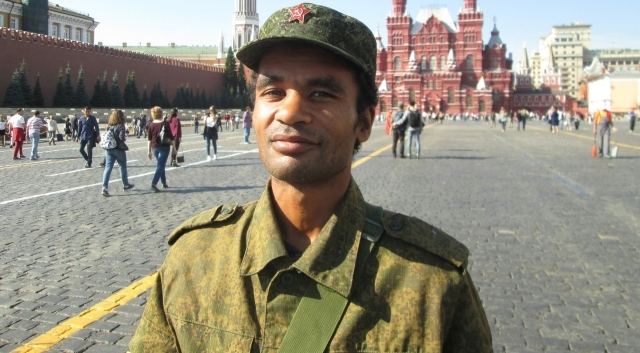 Aijo’s appearance in Shiyes was entirely unexpected – northern Russia is a long way from Ukraine’s Donetsk region, after all. According to Aijo, he came to Russia to “inform Russian community organizations and State Duma deputies” about the dramatic escalation in fighting and increased shelling on the Donbas frontlines, and “personally ask Vladimir Putin to recognize the independence of the [“Donetsk and Luhansk People’s Republics”].

However, upon arriving in Moscow he immediately bought a ticket to the Komi Republic in the Far North and showed up in Shiyes. Aijo told Novaya Gazeta that he found out about the anti-landfill protests there “from a comrade” and then read about it online. He claims that he’s known about the Russian environmental movement for a while; he has allegedly been “inspired” and feels “solidarity” with the activists in Shiyes.

Meanwhile, the protesters told Novaya Gazeta that they never invited Aijo to join their camp. He simply appeared as a self-proclaimed “volunteer” and alleged representative of the “communist party of the DPR,” and began giving “political speeches” about the “bourgeoisie” and “Banderite cartels.”

Aijo’s extreme-left and anti-Ukrainian politics do not really fit with the movement in Shiyes. The activists there come from across the political spectrum, but have largely set their politics aside and focused entirely on preventing the construction of a landfill in the area.

At the “Barrier” post on the road to Shiyes. Photo: Anna Shulyatyeva, exclusively for Novaya Gazeta 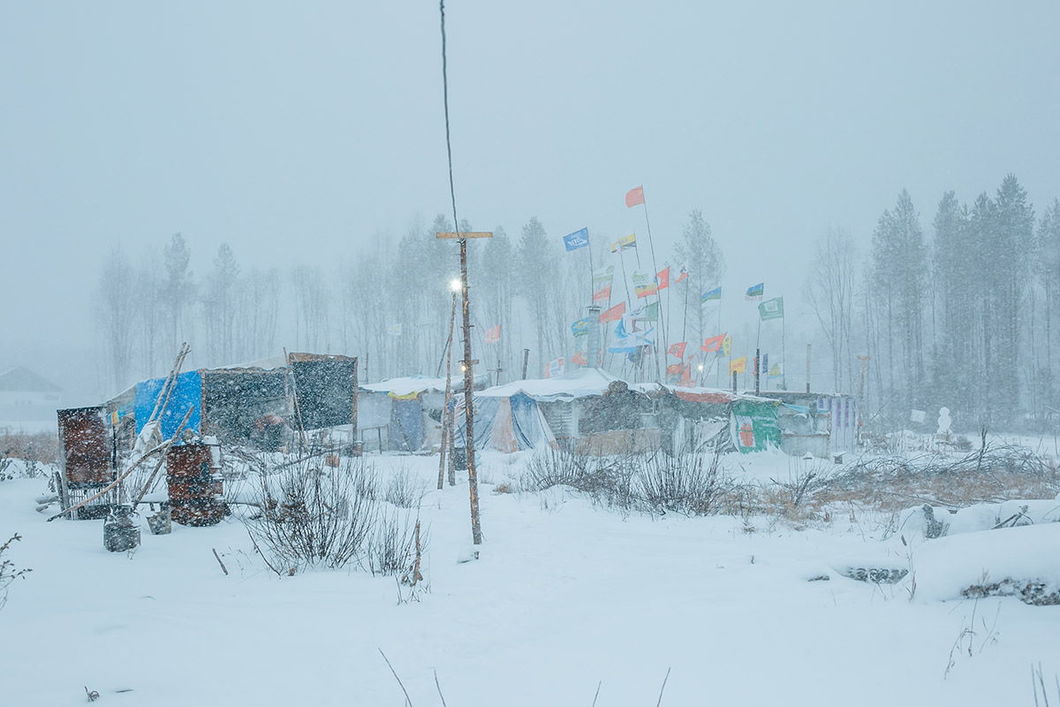 The authorities have tried to disperse the tent city on multiple occasions and have even opened administrative and criminal cases against the activists. In the summer of 2019, the government cut off access to the Shiyes railway station with a ban that keeps trains from stopping there.

Nevertheless, the activists are showing no signs of leaving. They also enjoy widespread public support and have even inspired a larger wave of eco-activism across Russia, where environmental degradation is becoming dire.

On top of the official crackdown, there have been multiple attempts to discredit the environmental movement in Shiyes. And the anti-landfill activists are convinced that Aijo’s appearance is just the latest effort to undermine their cause.

A similar incident took place in mid-November 2019 when far-right nationalists crashed their camp. The landfill’s investor allegedly brought in the right-wing demonstrators from a neighboring region, in an attempt to turn the peaceful demonstration into a violent rebellion and give law enforcement a pretense for dispersing the encampment by force. 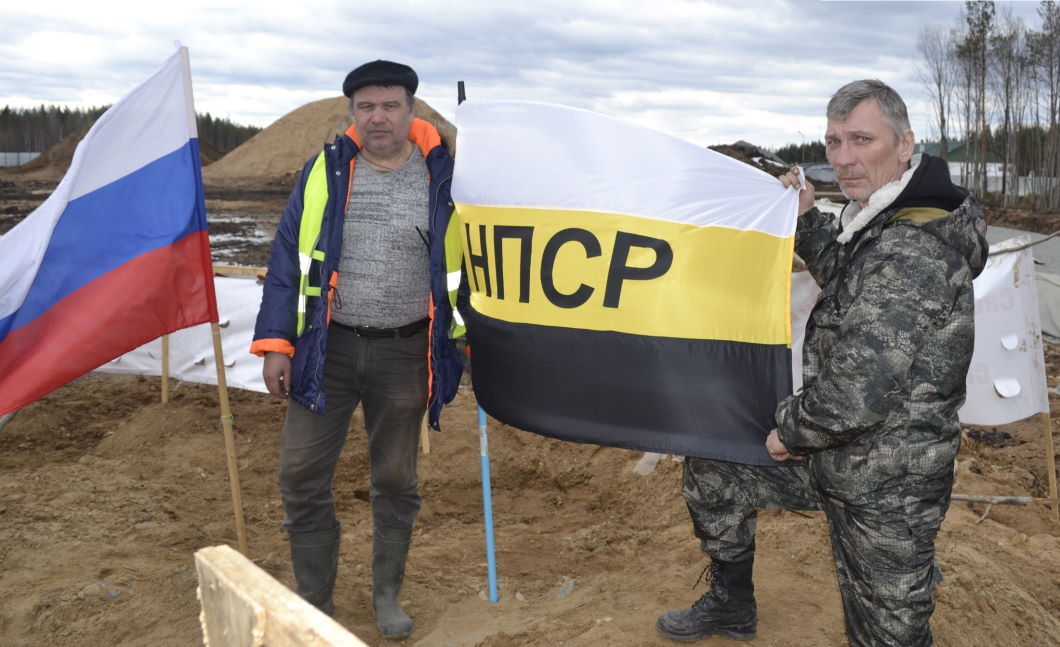 Russian nationalists posing with a flag in Shiyes. Photo from social networks.

The presence of extreme leftists like Aijo would serve a similar purpose: “The ‘leftist turn’ in Shiyes will push liberals away,” explains Novaya Gazeta correspondent Tatyana Britskaya. “It also poses the threat of violent provocations. In society’s eyes, they will turn this clean protest for the purity of nature into an [apparent] haven for criminals, terrorists and separatists.”

Meanwhile, Aijo tells Novaya Gazeta that he is confident that most of the activists in Shiyes are leftists and he plans on returning to the encampment in a month or two. As for his asylum application, he is sure it will be granted and that he will soon return to the uncontrolled territories in the Ukrainian Donbas with a Russian passport in hand. 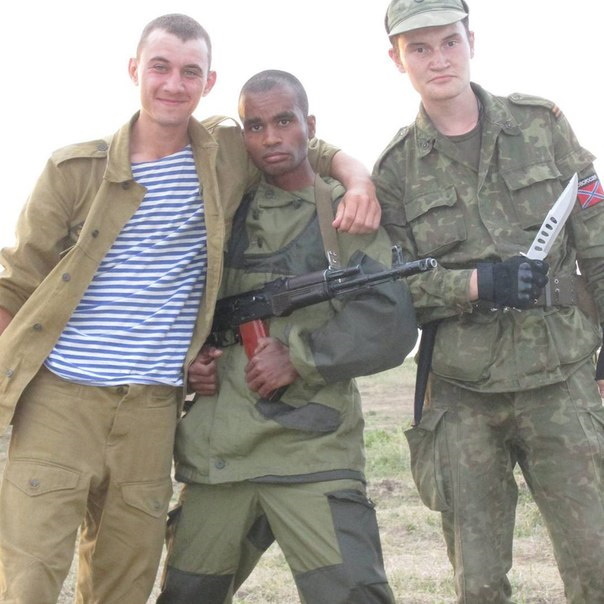 For the activists in Shiyes however, the authorities’ treatment of Aijo seems like a sick joke. Many of their fellow protesters have faced criminal persecution for their environmental activism and one of their own – Andrei Khristoforov – was even forced to flee to Ukraine to seek political asylum.

“I remember how journalists phoned the Arkhangelsk police all night long, demanding they put an end to the torture of Andrei Khristoforov,” Britskaya says. Khristoforov – who is diabetic – was not only illegally detained, but also deprived of food, water and access to sanitation for hours on end.

“It’s the irony of fate,” Britskaya continues. “The pacifist Khristoforov, persecuted for [activism] in Shiyes, is now seeking asylum in Ukraine. The militant who fought against Ukraine, Beness Aijo, appeared in Shiyes and is seeking asylum in Russia. It will be interesting to see which one of them will succeed first.”

/Translated and adapted by Eilish Hart, with materials from correspondent Tatyana Britskaya of Novaya Gazeta. Courtesy of the Russian Language News Exchange.