Social media is an inextricable part of how people engage with society in the modern era, and this especially applies to the so-called ‘Millenial’ and ‘Generation Z’ cohort. NGO International Research & Exchanges Board (IREX), along with social media analytics company SemanticForce, have published research on what Ukrainian 14-35 year olds consider to be their most influential influencers.

According to an IREX press release, analysts dug through data from Instagram, Facebook, YouTube, and Vkontakte (a previously popular Russian social media website now banned in Ukraine – ed.) to find who Ukrainian youths and millennials follow the most. Most of their data comes from Facebook, as it is currently the most popular social network in the country.

The analysts looked for influencers on national identity, social and economic opportunity, and tracked the profiles with the biggest numbers of subscribers. And from that data, they were able to construct an ‘influencer’ rating to determine an answer to this question.

According to the IREX and SemanticForce analysts, the three top ‘influencers’ on Ukraine’s millennial and Gen Z cohorts are former health minister Ulana Suprun, journalist and television host Yanina Sokolova, and showman and host Serhiy Prytula. 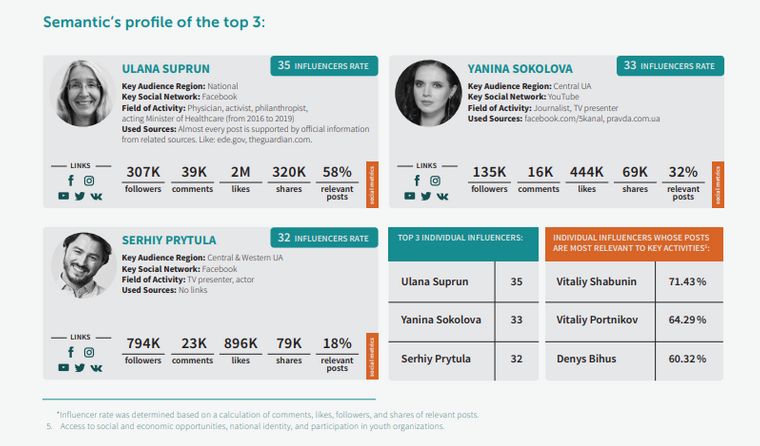 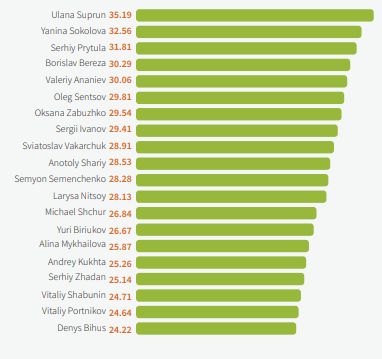 But Ukrainians don’t seem to value organizations as much as individual people, with individual influencers having much more impact than companies or brands. The most influential of those, however, are the Osvita.UA portal, an education news portal (across all of Ukraine), open online course program Prometheus, and scout organization Plast, in the central and western regions.

Lessons From The 20th Century About Tyranny
3705
Ukraine