donate
Hromadske UAHromadske RU
AboutWhere to watchAuthors
Contacts
Politics
What Can We Expect From PiS’ Second Term in Power in Poland?
3475
Trending
167

The commander of the Belarusian battalion Volat, who defended Ukraine, died in the battles for Lysychansk
Editors' Choice
14022

“I’m the Change”: What It’s Like to Be Feminist in Moldova, Armenia, Ukraine, and Russia
8924

The ruling conservative Law and Justice Party (PiS), headed by Jarosław Kaczyński, got a landslide victory with almost 44% of the vote in the parliamentary elections in Poland. The four years of its rule have been marked by an economic boom: Poland's GDP growth is one of the highest in Europe. However, the Polish opposition and the European Union consider PiS's rule a movement toward authoritarianism. We look at who wins and who loses after conservatives got a new election victory.

For Cash in the Pockets

It was a sunny election day in Warsaw. Perhaps this also contributed to the high turnout – over 60%, which is more than usual. The young people we met near the polling stations were worried about the ruling party's attack on the judiciary and the media and vote for the Polish opposition.

"When it comes to the courts, it is obvious that something is wrong, and when it comes to television, they [Law and Justice] are misbehaving and we should finally change it," says Aleksandra, a Warsaw resident. "If it continues to be like this, I see no other option but to move somewhere."

But the older people assess the last four years positively and tell they are experiencing improved living standards. "Why PiS? This is the first party that, after 30 years of all so-called "democratic changes", holds its election promises. PiS cares primarily about ordinary people. Previously, I worked in court, was a security guard until retired, and women worked there for 4–5 zł per hour (just over $ 1 – ed.). It was humiliating. That was the policy by the Platform (now the opposition Civic Platform Party) and the Polish People’s Party, those who ruled for 8 years!” Leszek, a supporter of the ruling party, said. 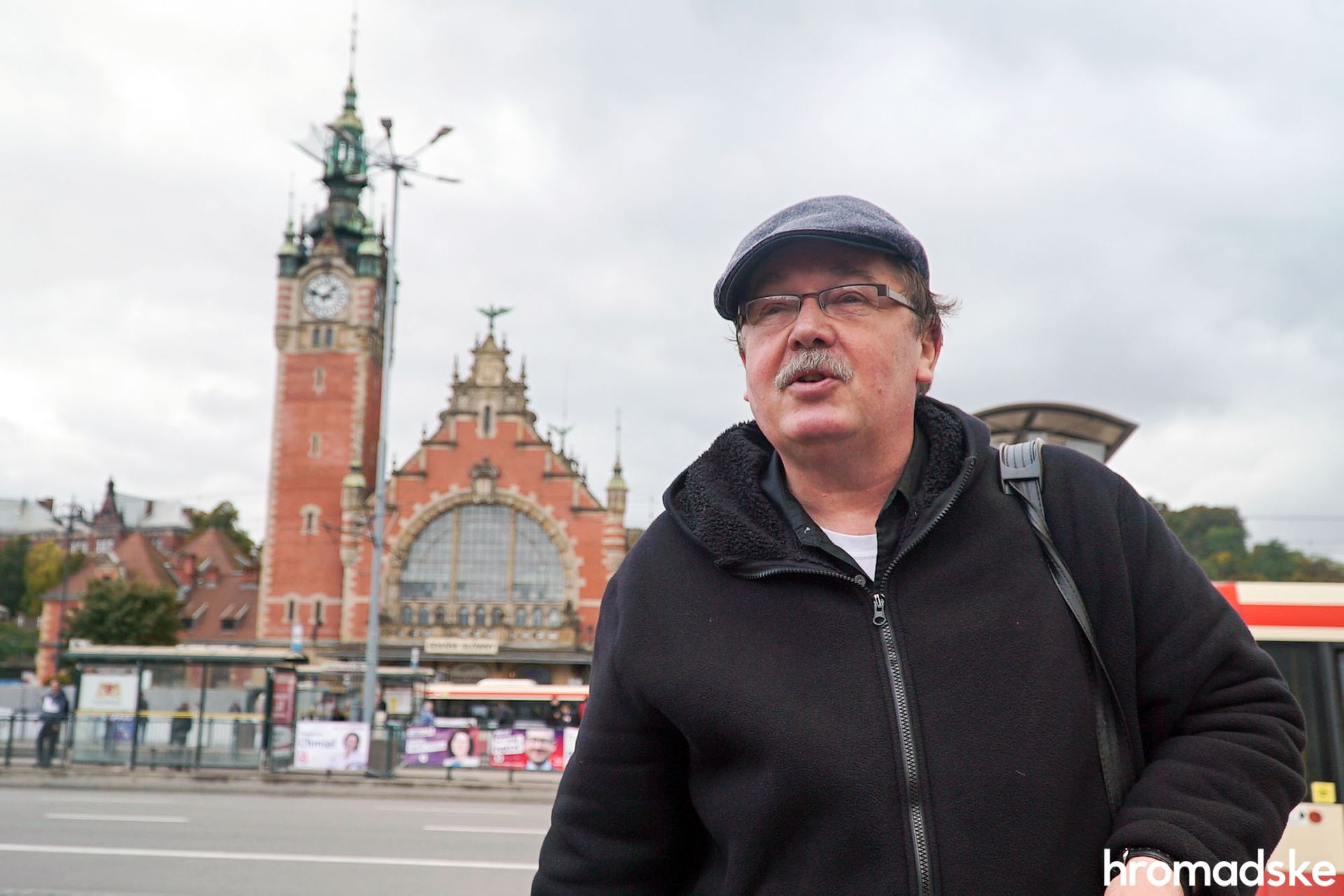 Since 2015, when PiS won the previous parliamentary elections, Poland's economy has grown rapidly and the people have received generous allowances. Families have been paid 500 zł ($128) each month, excluding parents' incomes for the second and each subsequent child (before that, the Poles received a lump sum payment of 1000 zł ($256) per child – ed.).

And the pensioners are paid the so-called "13th pension" now. Before the 2019 elections, Prime Minister Mateusz Morawiecki had promised that the government would pay another 14th pension in the coming years. PiS has also promised to increase the minimum wage to 4,000 zł (about $1020) by 2023. Starting from January 1, 2019, the minimum wage is 2250 zł ($576)

“People see Poland is changing. So the expectations are rising. And if the government lives up to these expectations, people are not concerned about free media and independent courts. For them, this is very abstract. What they can see is the cash in their pockets”, Sławomir Sierakowski, the head of Krytyka Polityczna, explained the PiS’s success.

In July 2017, more than 100,000 Poles took to the streets demanding the abolition of judicial reform. One of the initiatives that caused dissatisfaction with citizens was to reduce the retirement age for judges of the Supreme Court. Thus, a third of the incumbent judges would be forced to resign. The government explained the decision as an attempt to bring the retirement age of judges in line with other areas. However, the opposition criticized the initiative, saying that it was done in order to appoint the judges loyal to the government. In June 2019, the Court of Justice of the European Union ruled that the PiS initiative violates E.U. law.

“The power is their goal. Kaczyński is doing this [taking control of the courts] because he wants to control everything that is more or less important,” Marcin Święcicki, a former Civic Platform MP said.

When the PiS came to power in 2015, MPs voted that five judges of the Constitutional Court were appointed in violation of the Constitution and should be replaced. Later, Parliament also amended a law regulating the work of the court, increasing the influence of judges who were considered loyal to the government.

MPs also brought the Courts of General Jurisdiction under the direct control of the Minister of Justice, allowing him to dismiss and to appoint its heads. Despite the mass protests, President Andrzej Duda signed the law. 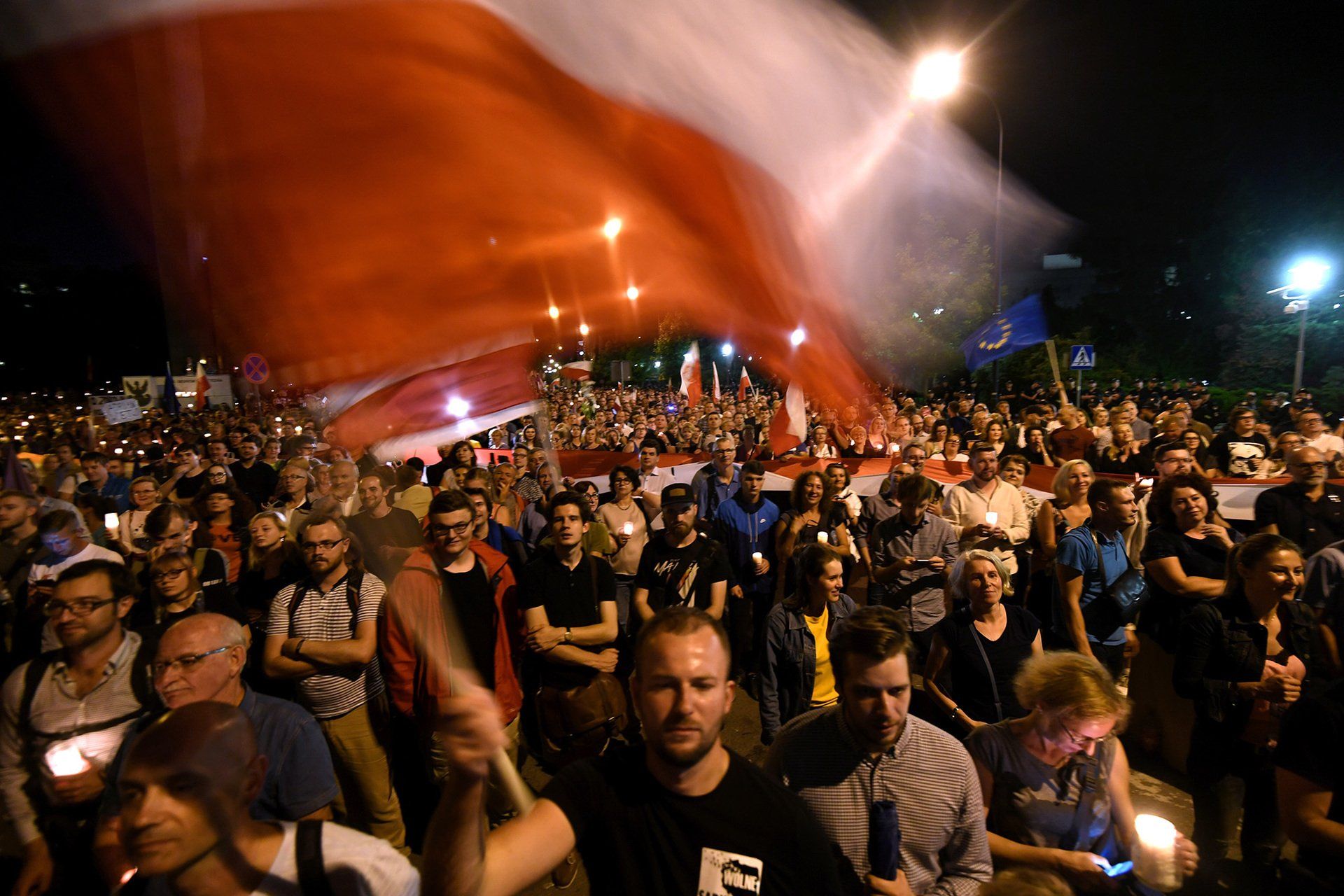 On July 20, 2017, when parliament passed a law on the Supreme Court, 100,000 protesters took to the streets in Warsaw.  Photo: EPA / BARTLOMIEJ ZBOROWSKI

Critics say that after the PiS came to power the public broadcaster TVP (Telewizja Polska) became a mouthpiece for government propaganda and did not shy away from using hate speech toward political opponents.

The mayor of Gdansk Pawel Adamowicz was killed in January 2019 during a charity concert. When the mayor was on stage, a man with a knife ran out and hit Adamowicz several times. Immediately after the attack, the assailant shouted from the scene that he was innocently convicted of robbery when the Civic Platform was in power, a political force to which the mayor of Gdansk had belonged for some time.

Polish observers wrote at the time that Adamowicz was killed by a word, implying that the assailant had been driven by the hate speech of the pro-government media.

"Many of the messages on this channel were filled with hatred. They portrayed a part of society better than the other, a privileged one. I think because of that, many people who have hidden their hatred and views now feel that they can spread them, beat other people, or even kill them," says Wojciech, who participated in a protest against propaganda on TVP when several thousand Poles took to the square in front of the TVP’s building in Warsaw after Adamowicz's murder.

Marcin Święcicki argues that there are simply no unaffiliated journalists on the channel because PiS changed the procedures on TVP. “The journalist can now be fired the day after the broadcast. Before that, the contract was 4 years.” 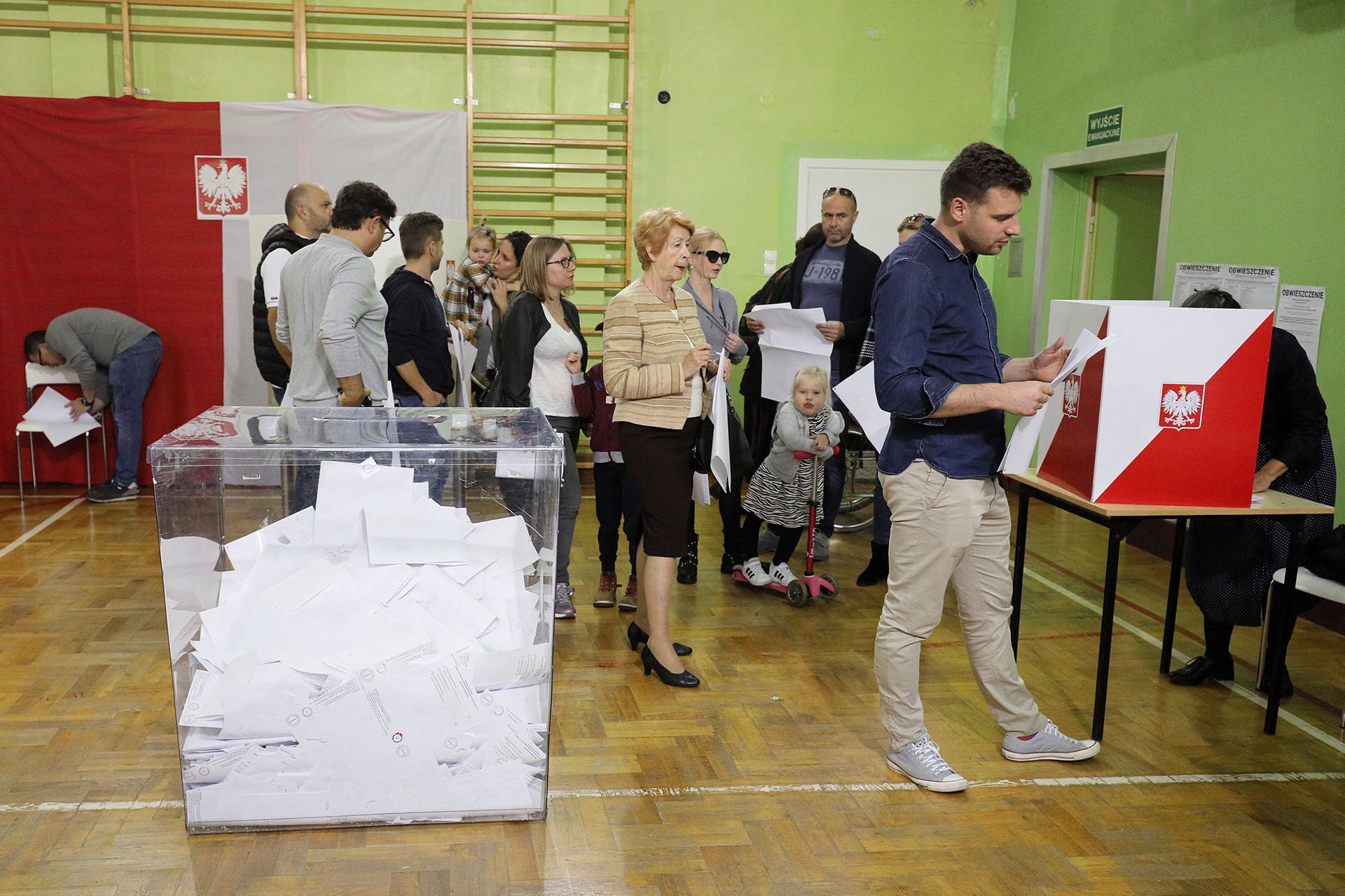 Critical to Both Brussels and Moscow

In foreign policy, Poland continues to focus on the United States. The relations with the EU are unlikely to improve during the second cadence of PiS. The party does not accept Brussels’ criticism and considers it an intervention in the internal affairs of a sovereign state. The European Union is unlikely to impose real sanctions on Poland.

Poland can count on the support of Hungary where Prime Minister Viktor Orban has promised to veto any decision against Poland. Therefore, it will be difficult to deprive Poland of voting rights in the EU.

Poland's policy on Russia is also unlikely to change. In the EU Warsaw has probably the most solid position of supporting sanctions against Russia.

What Can the Opposition Do?

In short, nothing. The election results showed that there would be enough seats in the new parliament for PiS to again form the government on its own.

The opposition in Poland is quite divided. The parties that have overcome the barrier are too ideologically different to unite. Voters may not accept such an alliance as well. Sławomir Sierakowski believes another reason why the opposition is so weak is the absence of a strong leader.

"Donald Tusk was such a leader. But now, none of the opposition leaders can unite it,” Sierakowski said.

He’s concerned about the PIS’s next term in power. “If there are no free media, then democracy is in danger. The opposition won’t have an equal chance to convey its messages to the people."

/with the support of the Russian Language News Exchange