Russia’s statement on annexation, Ukraine is applying to join NATO, strike on Zaporizhzhia: the highlights of the day
320

“Our Kids”: Crimean Resistance to Political Arrests In Numbers
27302

Ukrainian servicewoman. Illustrative photo Photo: Telegram / Zelenskiy Official
Ukrainian troops continue to advance and consolidate their positions on the southern front, and liberated two more villages in Kharkiv Oblast. Here is what you may have missed from the previous night.

Advance in the south

Positional fighting continues on the southern front, as a result of which Ukrainian troops are advancing and consolidating their positions. Russian troops prefer counter-battery fighting, trying to avoid a direct clash, but suffer losses and retreat, reported Operational Command "South".

Earlier, the General Staff of the Armed Forces of Ukraine reported that the liberation of settlements, including those on the southern axis, continues, and for the sake of safety of Ukrainian servicemen, official information will be provided later.

Liberation of villages in Kharkiv Oblast 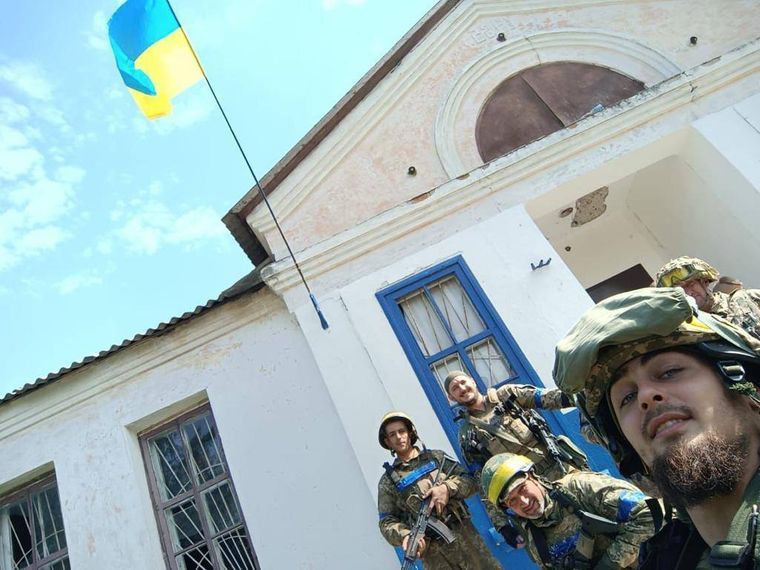 Following the fifth meeting of the group in the Ramstein format, the Minister of Defence of Ukraine Oleksii Reznikov announced the visits of foreign colleagues to Ukraine, which will take place in the near future.

He noted in particular that Slovenia offered "powerful assistance" and "Italian support will significantly strengthen our troops" in the near future. Reznikov did not disclose details, but stressed: "We are preparing some surprises."

Zelenskyy on negotiations with Russia

President of Ukraine Volodymyr Zelenskyy said that no negotiations with Russia on ending the war are possible, as the Russian side cannot formulate any reasonable positions.

The publication European Pravda, citing sources, wrote that US Secretary of State Antony Blinken, who recently visited Ukraine, allegedly conveyed a message from US President Joe Biden about the need to start negotiations with Vladimir Putin.

During his speech at the Yalta European Strategy, Zelenskyy stressed that Russia must first leave Ukrainian territories and stop behaving like a terrorist, and only then it will be possible to talk about diplomacy.

Winter may be a turning point

President Volodymyr Zelenskyy said that this winter could be a turning point in the liberation of the Russian-occupied territories of Ukraine. But for this, the Ukrainian army needs a systematic supply of necessary weapons.

The latest promised tranche from the EU

The European Union is to disburse a €3 billion tranche to Ukraine this October. This is the last part of the promised aid totaling €9 billion, Prime Minister Denys Shmyhal said.