AP releases video from paramedic Taira's body cam, who handed over footage the day before she was captured by Russians
967

Zelensky: Victory will take blood and battle, but end in diplomacy
Editors' Choice
8180

“Our Kids”: Crimean Resistance to Political Arrests In Numbers
26424

On its first day, the new Ukrainian Parliament de facto agreed to switch from parliamentary-presidential to presidential-parliamentary form of state rule.

Between the Past and the Present

The appearance of the session hall of the Parliament from the press box on August 29 clearly illustrated the situation in which the Servant of the People (SOTP) MPs are. Behind them were Petro Poroshenko, Yulia Tymoshenko and Viktor Medvedchuk, ahead of them is Volodymyr Zelenskyy.

The factions of the "predecessors" were seated in the parliamentary gallery, along with the newcomer Sviatoslav Vakarchuk and his Golos (“Voice”) party. The exclusive majority of the SOTP, on the other hand, is centered around the parliamentary rostrum adjacent to the president’s seat.

On the first working day of the new parliament, Zelenskyy literally forced the Parliament to work spending the night with the MPs until they voted for all the decisions he wanted. He hurried Speaker Dmytro Razumkov from the president’s chair and occasionally commented on the MPs' behavior. 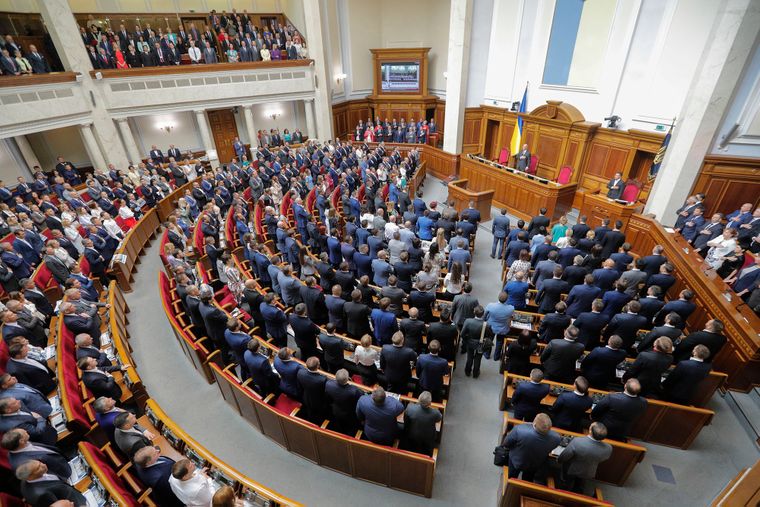 With almost no discussion, the MPs, for most of whom August 29, 2019 was the first day in big politics, approved the new government the President wanted, appointed security forces’ executives selected by the president, and took the first step to deprive themselves of legislative immunity. The latter has been a popular step and the President’s campaign promise. However, international experts do not share such enthusiasm. Venice Commission warns that in "young democracies" it can make MPs, especially from opposition, vulnerable to persecution by security forces. 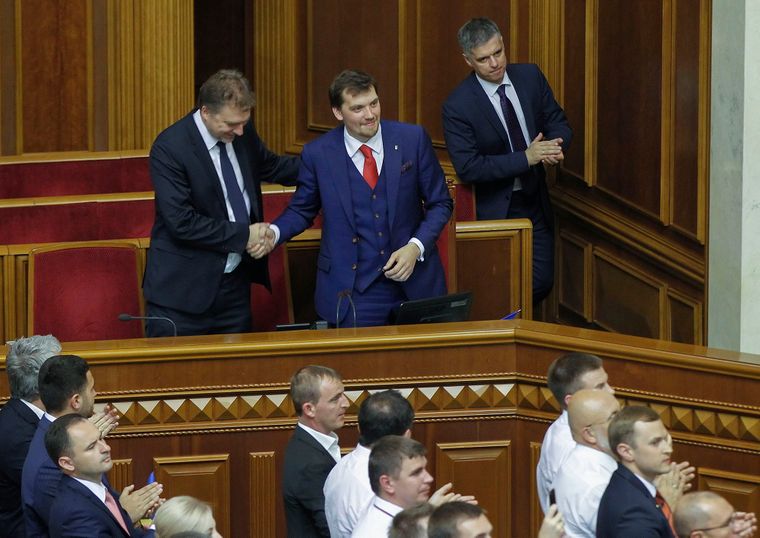 A few hours before the vote for the Cabinet of Ministers, David Arakhamia, elected head of the SOTP faction, when speaking to journalists in the Parliament’s lobby, could not remember the name of the candidate for the post of Minister of Health: "I know her name is Zoryana, but I can’t recall her surname".

Half an hour earlier, the head of state met with his faction and named candidates for all government seats. In a few hours, the name Zoryana Skaletska was announced by Oleksiy Honcharuk, who was appointed prime minister earlier that day. The government was approved altogether, without discussing the nomination of each of its members.

The nomination of one of the "predecessors" did not provoke discussion - Arsen Avakov was appointed Minister of the Interior for the fourth time in five years. He is the only post-Maidan politician still in power.

Avakov's candidacy has raised questions from some SOTP MPs. At the faction meeting between the solemn and the first sitting of the new parliament, Arakhamia proposed to vote for Avakov separately from the other candidacies. The president managed to convince SOTP MPs not to do so.

Commenting on Avakov, Servants of the People are more cautious and prefer to keep citations anonymous.

“Avakov has built a system that only he can manage. The President has convinced everyone that this is a temporary solution,” one of the SOTP leaders said.

“The lawyers said that it is impossible to vote for the head of the Ministry of Internal Affairs separately from the rest of the government. It's temporary, at least until New Year's, but more likely until May, probably not earlier. It takes at least six months to prepare a new interior minister,” another SOTP member said. After a pause, he added, "Nothing is more permanent than a temporary solution."

The U.S. Embassy, ​​which has systematically supported police reform for several years, responded to Avakov's appointment with restraint. People we spoke to characterize him as a "person with a complex reputation" who still managed to achieve a lot, in particular to ensure transparency of elections.

So, at least for now, Avakov will continue to play the role of a lever that balances the president's influence on law enforcement. On August 29, Zelenskyy, like his predecessor Poroshenko, got the loyal leadership of the Security Service (SBU) in childhood friend Ivan Bakanov and the Prosecutor General's Office (Rouslan Riaboshapka). 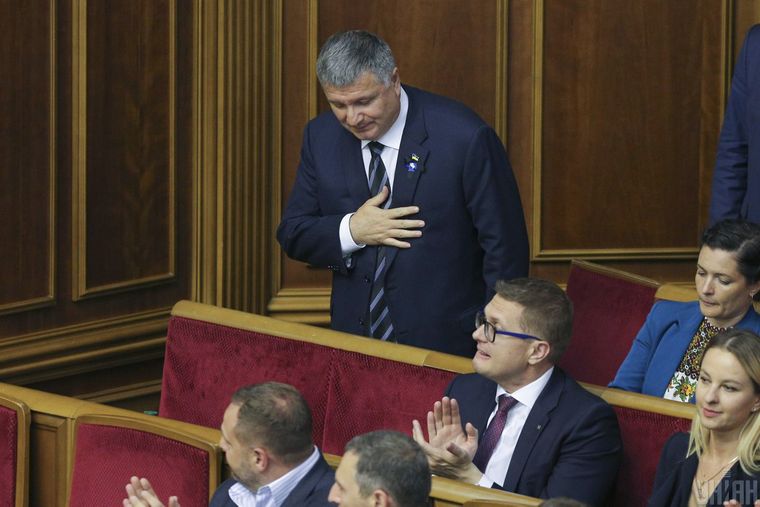 Avakov is not the only Honcharuk government minister who discords with Zelenskyy's promise to "bring new people to power." Oksana Markarova will continue to lead the Ministry of Finance. She has been the main negotiator with the International Monetary Fund for the past year, so she has to pass the experience of these negotiations to the new Prime Minister.

Honcharuk has already promised to sign a new three- to four-year agreement with the IMF. The new Prime Minister declared an intention to comply with the IMF's old recommendation and open the land market in Ukraine. A clear demonstration of this intention is the elimination of the Ministry of Agrarian Policy and Food and the transfer of these functions to the Ministry of Economic Development, Trade and Agriculture. It has to be created by Tymofiy Mylovanov, director of the Kyiv School of Economics and a consistent supporter of a land market reform.

Maintaining the IMF-oriented economic course balances with Zelenskyy's decision not to have Ulana Suprun in the government, who was the acting Minister of Health and started a reform in this area. As head of the MoH, Suprun had unquestioned support from the embassies of the G7 countries.

Prime Minister Honcharuk himself is the best illustration of the new government. He meets the requirements announced by the president before the parliamentary elections: a professional economist, able to communicate with international partners in English and without experience in big Ukrainian politics.

The U.S. Embassy in Ukraine describes him as "an ambitious person, in the best sense of the word." On the other hand, Honcharuk has a good relationship with the President’s Office head Andriy Bohdan, who had been approving the future ministers’ candidacies along with the president and his first assistant Serhiy Shefir during the summer.

In addition, Honcharuk has another acquaintance in the government. Dmytro Dubilet is the son of the former head of Privatbank when it belonged to the oligarch Ihor Kolomoisky and the new Minister of the Cabinet of Ministers who’s responsible for preparing decisions to be considered by the government. 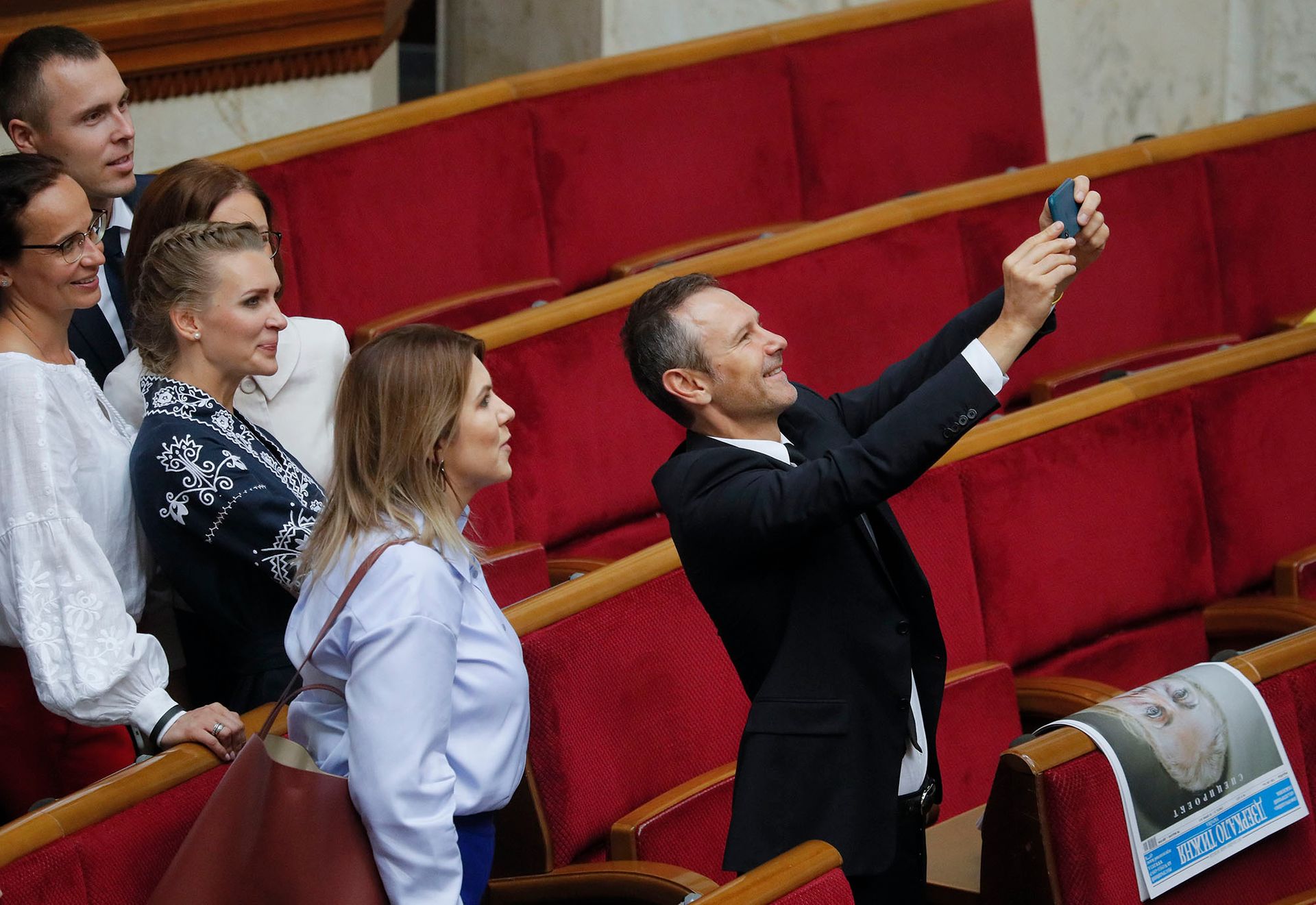 The leader of Golos party Sviatoslav Vakarchuk with his party members during the solemn sitting of the Ukrainian Parliament of the ninth convocation, Kyiv, August 29, 2019
Photo: EPA-EFE / SERGEY DOLZHENKO

The first parliamentary meeting demonstrates that, at least for now, SOTP MPs are ready to vote for any decision the President wants. This could be Zelenskyy's trump card for international negotiations, including the Normandy format. The implementation of the Minsk agreements envisages changes to the Ukrainian legislation, in particular, to the Constitution, where the status of certain regions of Donetsk and Luhansk regions should be fixed.

MPs of the previous convocation refused to support the decision on the status of these certain regions and President Poroshenko had to resort to threats and tricks in his relations with the MPs to demonstrate that Ukraine is ready to fulfill the Minsk agreements.

Poroshenko regularly referred to parliament's position in negotiations with international partners, in particular, the IMF. He managed to convince the IMF that it would be impossible to open the land market. It seems Zelenskyy has already lost the opportunity to use similar arguments in relations with the West.

The new Parliament’s first day flowed smoothly into the night of preparation for the exchange of detainees with Russia. Like his predecessor, Zelenskyy prefers not to share the details of the talks with Russian President Vladimir Putin before the exchange is over. However, a model of power in which the president does not inform the public about the negotiations with the aggressor country and almost completely controls the parliament and the government has the danger of losing the fuses that protect the country from his mistakes.

The Sunday Show: How Did the New Government Look?
3009
Society