A column of Russian soldiers on the territory of the Enerhodar NPP, May 1, 2022 Photo: AP Photo

For a month and a week, the Ukrainian Enerhodar of the Zaporizhzhya region has been living under occupation. In early March, the Russian army tried to capture it for three days. 20,000 citizens came out and blocked the road for tanks — until the occupiers began shelling the Zaporizhzhya nuclear power plant located near the city. Only then did the locals give in. But did not give up. We learned how the city — to which "Russian world" came — lives now.

"It's like an apocalypse! We've only seen this in movies."

Maria (name changed for security reasons) moved to Enerhodar 10 years ago to lead a happy marriage with her husband and raise children. Recently, they bought land in the city, planted a garden, planned to build a house, but then the war began. Despite all this, the couple remained in Enerhodar.

"My husband maintained that our city was safe and that we would not go until the very end. ‘They will not come here, we have the largest nuclear power plant — six units. That would be terrorism!’ That’s what everyone in the city thought."

Maria's husband works at the plant. A few days after the occupation, he was called to work at the occupied ZNPP. He could not refuse, because he works as part of the station's operational staff.

"What, how, what for and why — nothing was explained. Without mobile phones, only his passport and pass. Then we bid farewell to each other. I saw him say goodbye to the children, it was the worst. He left, but I didn't know when he would return — and whether he would return at all."

Maria herself did not leave home for the first few days — no one understood what to expect from the occupiers: they drove around the city in armored personnel carriers, patrolling with weapons. After a few days, Maria decided to go out for food.

"It's like an apocalypse! We only saw this in the movies. All the big supermarkets are just empty, there is absolutely nothing there."

Nowadays, says Maria, groceries are no longer five times more expensive, but about three times more expensive than before the occupation. Everything is transported from the Crimea. But there are other problems: medicines in the city are almost gone, and humanitarian aid is not always available. And the other day the thermal power plant was closed because the coal ran out. It is unclear whether this will affect the residents of Enerhodar. Maria's husband continues to work in shifts at the nuclear power plant. 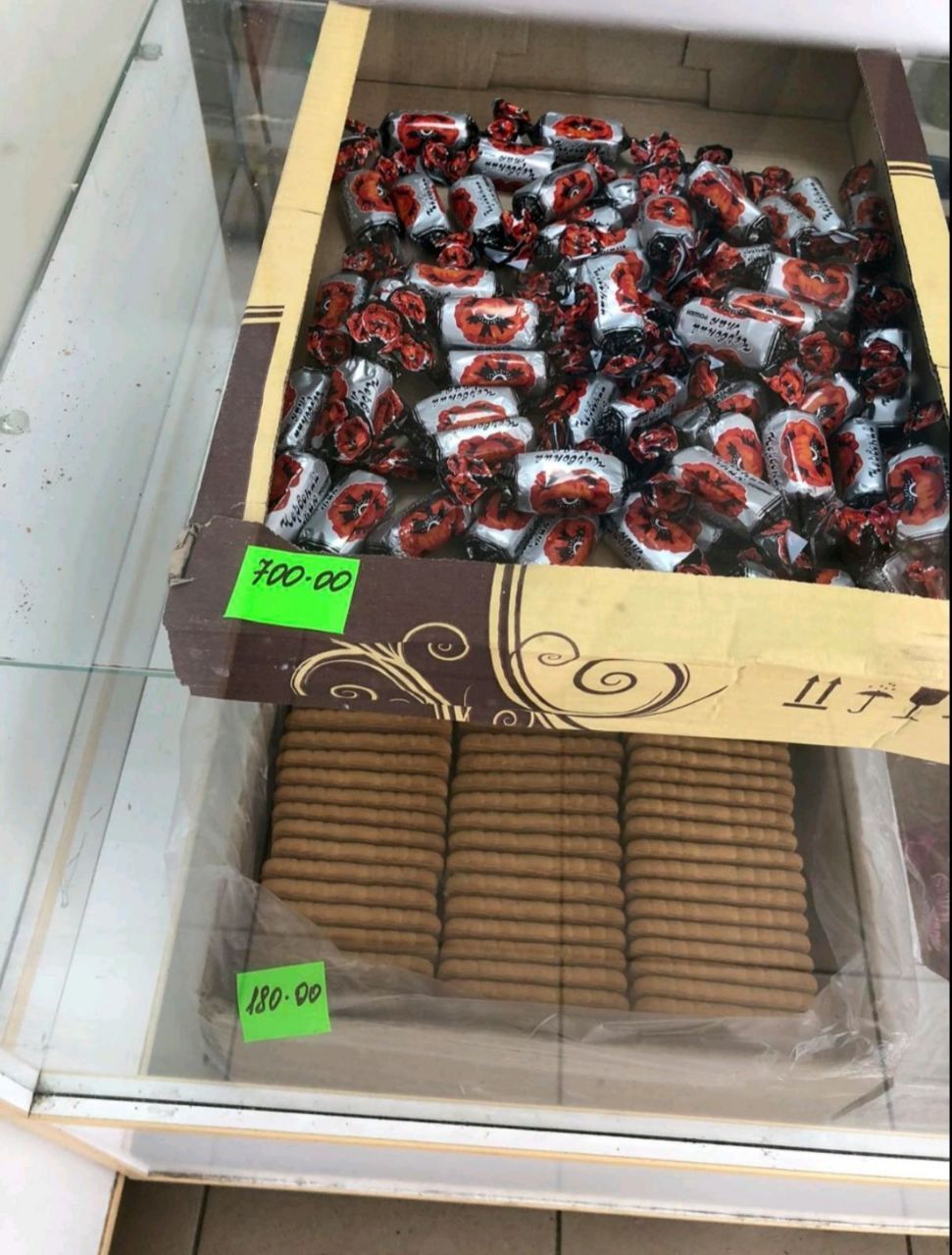 Chervonyi Mak candies, which cost 700 hryvnias per kilogram, on the shelves of a store in Enerhodar. Photo: provided to hromadske

Yulia (name changed for security reasons) has lived in Enerhodar for over 40 years. She is an economist and works at the Zaporizhzhya Nuclear Power Plant. She says that the situation at work is tense: the occupiers settled at the station as if it were necessary, and people still remember what they got up to in the first days.

"They fired at a nuclear facility. People tried to stop them, but they did not stop. They did not understand anything and continued to pound. They also took their shells and exploded them right on the territory. It was horrible."

Today, those who "do not understand anything" are running the plant, says Yulia. Workers do not communicate with the occupiers, but they see that they are bringing in specialists to reconnect the plant to Russia.

“Our city Enerhodar is a goose that lays the golden eggs for them! They clung to us with their tentacles and are staying here. Because the city is very beautiful! And there's the NPP."

But if the plant is completely taken over by Rosatom, Yulia and many of her colleagues will resign and leave their hometown. In the meantime, they hope that the Armed Forces will liberate Enerhodar. 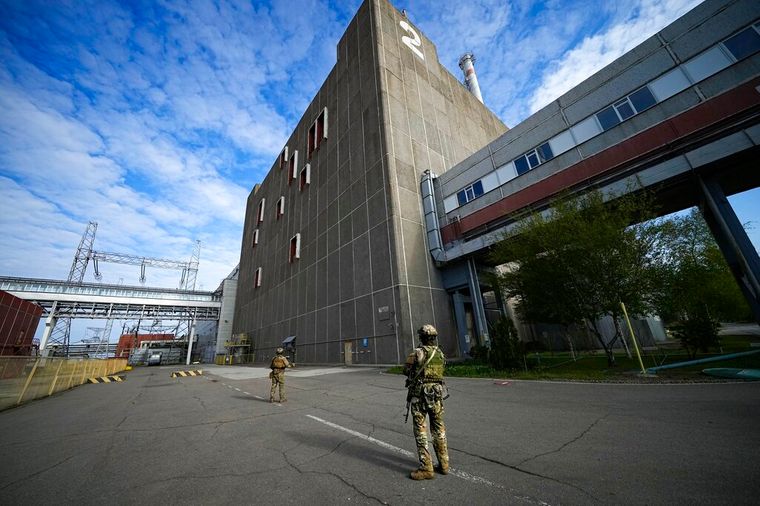 Russian occupiers at the Enerhodar NPP on May 1, 2022. Photo: AP Photo

"They used poisonous gases, people were nauseous for several days"

Olena (name changed for security reasons) is an English teacher and mother of a two-year-old child. She currently lives in the village of Kamyanka Dniprovska, not far from Enerhodar. Every time she has to go to the city for groceries, she gets scared.

"They walk around with machine guns. They approach me with this machine gun, and I think: what if they start firing now! Who knows what they have on their minds. Terrible".

Recently, in addition to machine guns, Russian soldiers have been carrying grenades, which is alarming.

Until recently, Enerhodar citizens staged rallies and demanded that the occupiers withdraw. But on May 1, unidentified chemical weapons were used against civilians.

"They tried to disperse them and used gas weapons — so powerful that people could not see anything, they were nauseous! And a few more days felt sick. After that, they no longer attend rallies."

Moreover, the occupiers continue to check and interrogate local men. If they find what they think is suspicious, they take them in an unknown direction.

And even more people are upset that the Russians already feel at home in Enerhodar! Pro-Russian posters are hung, people move into abandoned apartments and even trade in abandoned private shops! Olena's colleague recently overheard a Russian man, apparently with his girlfriend or wife.

"He says to his beloved one: 'This is the city where I am now, so beautiful, small, clean and tidy, I will definitely take you here!' Can you imagine hearing that?"

In Enerhodar, as in other occupied cities, on May 9, the Russians staged a festive procession. About 300 people gathered at the event. A parade from Moscow was shown on the big screen. At first the locals were surprised that anyone came! But there were lists — and there were almost no locals among the participants of the Russian celebration.

So the city is holding on! And it is very much waiting for its liberation.