Ukraine has freed 144 service members from Russian captivity, most of them Azovstal defenders
Editors' Choice
7972

✅ Stanitsa Luhanska is a near-front urban locality in the Luhansk region, Ukraine, where there is an active movement of people - they come to Stanitsa from occupied territories to buy groceries;
✅  The promised separation of forces hasn’t happened; instead, fighting took place in the locality on January 23rd at night;
✅ Authorities of the so-called “LNR” prohibited the importation of dairy products and meat on occupied territories.

On January 23rd, 2017 the expected separation of forces in the Stanitska Luhanska did not happened. A lot of people come here from occupied territories to buy produce - it is cheaper here. But the bridge, which was blown up earlier is in poor condition and needs to be repaired. If it is repaired, people will easily cross it and even car traffic may be restarted (currently there is no liaison between the so-called “LNR” and the part of the Luhansk region, which is under the control of Ukraine).

According to the ATO press-center, fighters violate the ceasefire terms. Locals confirm that fighting took place here in the night.

“As for me, it is too early to talk about the separation of forces because of one single reason: the main condition – the respect of the ceasefire - isn’t fulfilled. Tonight, Stanitsa was attacked probably with everything fighters have in their arsenal,” says Yuriy Zolkin, Chairman of the Stanitsa-Luhansk District State Administration.

People have to wait in long lines to get through the checkpoint. Furthermore, they have to do that on foot, because the bridge that connects the so-called “LNR” and Ukrainian-controlled territories is in poor condition and needs to be repaired. However, Yuriy Zolkin says that currently there is no way to start renovations. 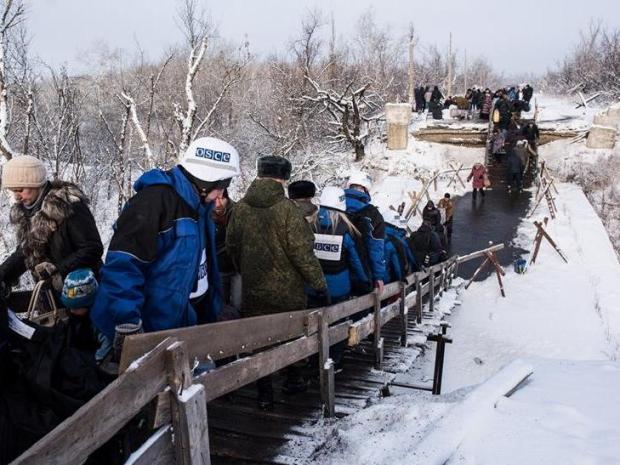 “Ukrainian authorities currently have no control of the bridge. There is a fighter checkpoint on the left side. The only way is if fighters will move to the right side of the river and will completely leave these areas. Only then, with the help of OSCE and by complying to conditions of the ceasefire, can we start some renovations,” he says.

Moreover, authorities of the self-proclaimed “LNR” banned and prohibited the importation of dairy produces and meat on occupied territories.

How do people survive in such conditions and when will the situation change?  Watch Hromadske’s report by Ruslan Tarasov.

The New and Old Faces of Ukraine’s Next Parliament, Explained.
3508