donate
Hromadske UAHromadske RU
AboutWhere to watchAuthors
Contacts
Ukraine
"Somebody Stop Me!" Why People in Donbas Are Not Afraid of Prophecies about An Imminent War
28333
Trending
80596

Katrusya Strila: The Granddaughter of the Generalissimo of the Railway Station
Editors' Choice
7501

“Our Kids”: Crimean Resistance to Political Arrests In Numbers
21391

A Hello to Arms: Is There a Black Market for Guns in Ukraine?
With the fake news about a boy killed by Ukrainian drones, Russia has a formal reason to declare a new war. However, in reality, perhaps all we are seeing is a preview of the next big political showdown.

Donbas is watching the torrent of information about the imminent war in the region with bewilderment. There is no panic in Donetsk either as the April rains have organically replaced the March sleet, and attacks don't usually happen when the fields are soggy in Donbas. Even pensioners understand this – they watched the new TV show of high-profile television host Vladimir Solovyov, but they are not running to the local markets to buy salt, matches and cereals.

Moscow and Kyiv are seriously discussing the possibility of a full-scale conflict. The situation is being debated in the Ukrainian parliament, and the presidents of Ukraine and the United States, and the press secretary of the Russian president are all commenting on the situation. On the ground in Donetsk, everything looks much quieter.

"Call in" the DPR

On 1 April, the self-proclaimed Donetsk People's Republic (DPR) and Luhansk People's Republic (LPR) began their first "conscription" ever. In theory, this is meant to be a very vocal confirmation of the TV channels' uproar about the seemingly imminent renewed outbreak of war in eastern Ukraine. In reality, however, this appeal is a "compromise" between the propagandists and the real governors of the territories not controlled by Ukraine.

In the DPR, for example, after a long informational campaign, they decided to conscript only 200 (two hundred!) people for six months, who will be specifically, separately and carefully selected from the usual men between 18 and 27 due to do their national military service. Conscription simply does not work anymore: most active men have been working in Russia for a long time, young people mostly leave either after school or after graduating from universities. Local authorities understand that in such conditions, it is impossible to declare universal military service because unless the borders with Russia are completely closed, everyone will simply run away instantly.

Two incomplete companies in training – this is the extent of the DPR's contribution to the current mobilisation happening in order "to defend the Donbas".

A reason for a big war?

However, Donbas can now give Russia a formal reason to declare war.

On 3 April, the chairman of the State Duma of the Russian Federation, Vyacheslav Volodin, demanded expelling Ukraine from the Council of Europe, allegedly for the murder of a five-year-old child in Donbas.

Volodin's words are a reaction to an obvious piece of fake news. On 3 April, federal Russian media reported the death of a child in an air raid on the “western outskirts of Donetsk” and cited the “people's militia of the DPR” as a source. Russian federal television news were showing the front-line village of Aleksandrovka, which is, admittedly, located west of Donetsk. However, according to local self-proclaimed authorities, the explosion and the tragic death of the child occurred in another village with a similar name – Oleksandrivske, which is located about 40 km from Donetsk.

Meanwhile, according to local sources, the five-year-old boy blew himself up on 2 April with an unidentified explosive device in his grandmother's yard in the village of Oleksandrivske, which is deep in the north of Donetsk, near Yenakiieve, about 15-20 km from the nearest front line close to Debaltsevo. And it was precisely about this village of Oleksandrivske that the first official reports from DPR were referring to.

The reports from the village are contradictory. The child supposedly got outdoors and got hit by some kind of explosion. The grandmother, who had been wounded herself, says that she "does not remember anything". The people from the neighbourhood are discussing various scenarios. Had the late grandfather of the child kept mines in the barn? Did the military men, who had arrived previously in the village,  bring explosives with them? Or, as one version suggests, was it really an air strike? 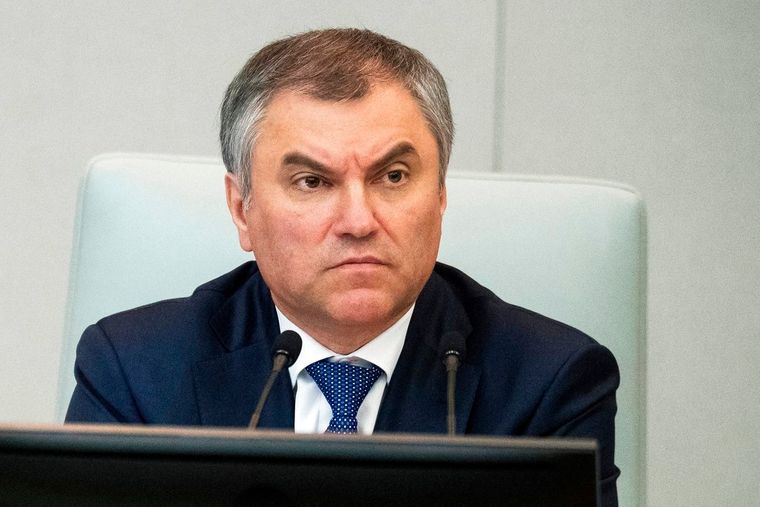 Was there a drone?

However, the very location of the village of Oleksandrivske makes the version with a Ukrainian drone unlikely.

Both sides are in fact actively using all kinds of small aircraft, from drones to quadcopters, for close reconnaissance and fire adjustment. Sometimes explosive objects are attached to them, and such artillery shells are dropped on specific targets. But such aircraft, most often bought by volunteers on the market and by no means "bombers", simply cannot fly 30-40 km in order to fly to Oleksandrivske and back.

This can only be done by the Turkish Bayraktar attack drones, a limited number of which are at the disposal of the Armed Forces of Ukraine. However, they have never been used in eastern Ukraine, and there is no information about even one such drone used by the brigades fighting in the Donbas.

Moreover, Spektr.Press sources in the Armed Forces of Ukraine repeatedly spoke about the intensified work of radio-electronic warfare systems during the current escalation along the entire contact line. They reported that their "side was shut down, it became impossible to listen to it.” And stationary military electronic warfare systems can quite easily jam operators' communications with light drones.

Even military propagandists from the DPR could not combine the drone attack and the death of a child in Oleksandrivske. On Vladimir Solovyov's TV show on 3 April, the head of the DPR Denis Pushilin said very carefully: "The child died as a result of the explosion of an unidentified explosive object, but official information will be available based on the results of the work of law enforcement agencies." 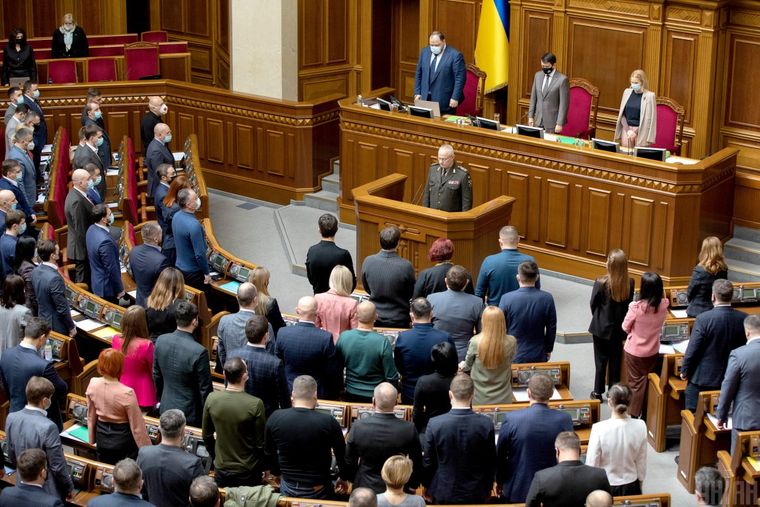 Chief of the General Staff of the Armed Forces of Ukraine Ruslan Khomchak during a sitting of the Verkhovna Rada of Ukraine, Kyiv, Ukraine, March 30, 2021. Photo: Oleksandr Kuzmin / UNIAN

Russia is concerned, the DPR is not

Volodin's statement, an instant reaction from the central Russian media, and a special show by Vladimir Solovyov all demonstrate that reports of the tragedy were immediately picked up in the style of Molotov's statements after the Shelling of Mainila, which became the formal reason for the war with Finland in 1939.

The tragedy with the child was promptly commented on by the press secretary of Vladimir Putin, Dmitry Peskov.

“I have no verified information regarding the death of this child. But I have no reason to doubt the truthfulness of the data that was delivered by the self-proclaimed republics. It is hard to imagine that fake news would be made around the death of a child," Peskov said.

Following this, the Investigative Committee of the Russian Federation opened a criminal case. And only after that, on 6 April, the DPR General Prosecutor's Office supported its Russian colleagues and announced the initiation of a criminal case against the commander of the 59th brigade of the Armed Forces of Ukraine Gennady Shapovalov. It reported "the detonation of an explosive device of an unknown type", but at the same time, there was supposedly some kind of "unmanned aerial vehicle" there, which was allegedly sent on the orders of the commander of the Ukrainian brigade near Yenakiieve.

"Offensive" that no one noticed

Against the backdrop of the apparent breakdown of the truce, a staggering information campaign about the imminent start of a decisive offensive of the Armed Forces of Ukraine on the DPR and LPR was pushed forward throughout the winter. The DPR TV channels showed footage of the transfer of forces and equipment of the Armed Forces of Ukraine and the “bloodthirsty plans of the enemy” were actively discussed on local television shows.

However, everyone can understand everything by watching the video of the transfer of equipment to Donbas: there are constant rotations of the Armed Forces brigades on the contact line, some leave for the rear, others come to the front line. But there have not been any decisive "offensives of the Ukrainian Armed Forces" in the Donbas, and they are not expected.

The reports of the DPR and LPR official sources about the regular forthcoming “offensive of the Armed Forces of Ukraine” are part of their informational routine, but this latest “offensive” was for some reason covered much more extensively than usual and stressed by Moscow.

In Ukraine, its supposed "upcoming offensive" on the DPR and LPR was not noticed at all – military news from Russia to Kyiv flows rather slowly after the shutdown of Russian social networks and sites. 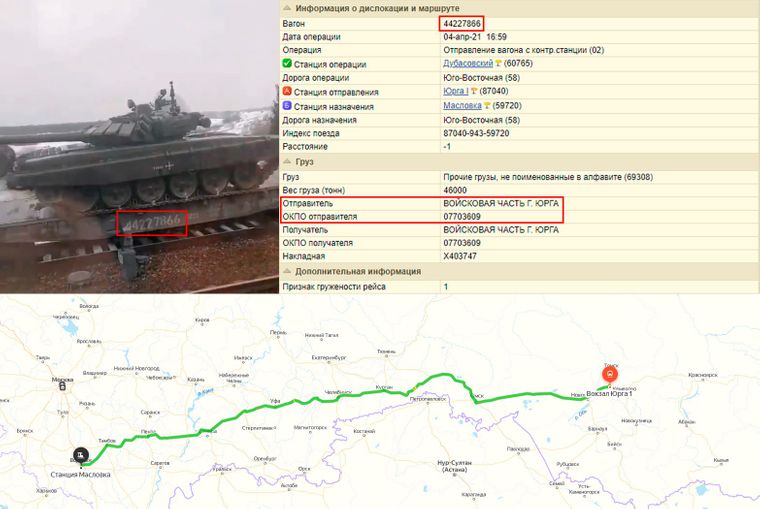 Tanks of the 74th Guards Motor Rifle Brigade, which have already taken part in the conflict in Donbas, are moving towards Ukraine. Photo: Conflict Intelligence Team / Telegram

"Males swarm and make loud noises to avoid a fight"

At the same time, the internet is full of evidence of personnel with the equipment from the Russian army being transferred to the Ukrainian border from Kemerovo, Novosibirsk, Krasnoufimsk, Tyumen and other places in Russia.

Military equipment in Rostov is covering up vehicle number plates so that eyes don't turn towards this region – almost like in 2014. Nonetheless, the movement of military forces is monitored by the GdeVagon service: the platform traces number plates under the tanks, which for some reason are not covered up. On top of this, civilian vehicles freely record videos of military columns passing through the Crimean bridge.

And what is remarkable is that there is not a single criminal case of treason for the documentation of Russian military convoys in the history of modern Russia.

“A bunch of videos on the internet show how Russian equipment moves in convoys without any disguise – this is the custom in the animal kingdom, that males swarm and make loud noises when they want to avoid a fight” – a very accurate observation by the former commander of the Vostok brigade and the head of the DPR Security Council Alexander Khodakovsky just calls to be cited.

At the same time, in Ukraine, there are no videos or number plates of any particular brigade tanks, or other leaks about an additional movement of forces and equipment to Donbas. The military, of course, are preparing for a possible war, but there is nothing extra to be moved – everything that is ready for combat has already been permanently deployed around Donbas, near the administrative border with Crimea or opposite the Bryansk, Voronezh and Rostov regions of the Russian Federation. The current situation with a military threat at the borders did not develop yesterday, it is just that for some reason Russia is now demonstratively and aggressively strengthening its already existing groupings and commenting on this even more openly.

Meanwhile, Volodymyr Zelenskyy and his wife, after all the talk about the war and the meetings of the Verkhovna Rada, went away last weekend to the seaside, to hold warm talks about investments for four days in Qatar. Perhaps he knows something?

Following the movements of the president of Ukraine, I would suggest that a big war between Russia and Ukraine is not on the cards at this time.

Firstly, it won't happen in April due to the weather conditions. Secondly, then, when the earth dries up, everyone will be waiting tensely for the Russian Zapad-2021 exercises in July-August, and then all the current aggravation will seem futile.

Russians are pulling people and equipment to the borders too demonstratively, and Moscow is shouting about this much louder than necessary. It's like your typical street fight, when people shout: "Somebody stop me!"

Perhaps all we are seeing is a preview of the next big political showdown.

/ The original article was written by Dmitry Durnev in collaboration with Spektr.Press. Supported by the Russian Language News Exchange. Translated into English by Forum.eu

Russia Donbas
More on this topic
3508