A Hello to Arms: Is There a Black Market for Guns in Ukraine?
4874

Maia Sandu speaks at the plenary session in Moldova's Parliament in Chisinau on November 12, 2019. NewsMaker

At the plenary session on November 12, Moldovan Parliament supported the Socialist Party's initiative to file a no-confidence vote to the government that has been in office since June 2019 after the pro-European ACUM Bloc and pro-Russian Socialist Party (PSRM) united against the country's richest man, Vlad Plahotniuc and his Democratic Party, who had usurped all branches of power.

According to NewsMaker, the parliamentary session started with Prime Minister Maia Sandu recalling her government's achievements, including the unblocking of external financing. She accused her coalition partners, Party of Socialists of the Republic of Moldova of fearing a strong cabinet that was able to fulfill its promises.

READ MORE: "There Is Hope This Time It Will Be Different" - Moldova Analyst Vladislav Kulminski

After a series of questions and answers, the legislature proceeded to vote. 63 out of 101 parliamentarians supported the motion.

Outside the parliament, hundreds of people gathered to express support for Sandu's cabinet. They blame President Igor Dodon for sabotaging Sandu's work and call the latter "the country's only hope," NewsMaker reports. 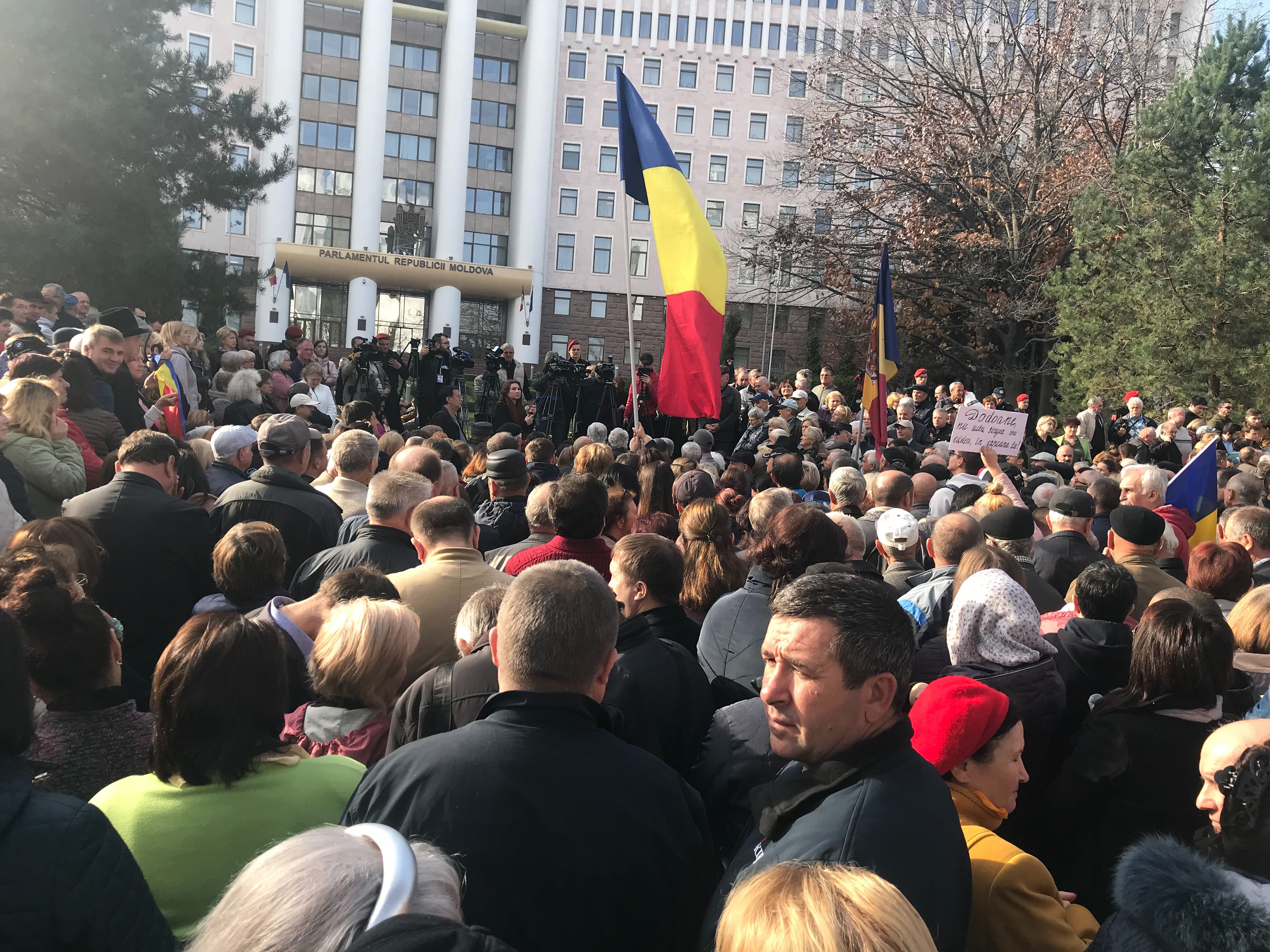 Around 300 people gathered outside Moldovan Parliament in Chisinau to show support for Maia Sandu's government on November 12, 2019. Photo: NewsMaker

PSRM registered the motion to declare a vote of no confidence to Sandu's government in the parliament on November 8. The reason for this was the government assuming responsibility for amendments to the law "On the Prosecutor's Office", which allow the prime minister alone to nominate candidates for the post of prosecutor general.

Moldova
More on this topic
1708

'Allying With Russia Is No Longer An Option For Moldova'