A high-rise that was hit by a missile Photo: State Emergency Service

UPDATED: The number of people killed in rocket attacks on the village of Serhiyivka in Bilhorod-Dnistrovskyi district in southern Ukraine, which occurred in the early hours of July 1, has increased to 21. Another 38 people were injured, according to the State Emergency Service. The authorities announced that July 2 will be a day of mourning for the dead throughout the region.

One rocket hit a 9-story residential building, the second hit a recreation center. In the multi-apartment building, one entry section of nine floors was completely destroyed, and the store attached to it caught fire after the impact.

As of 6 am EET, 14 people have died as a result of hitting a high-rise building, another 30 people have been injured, including three children. 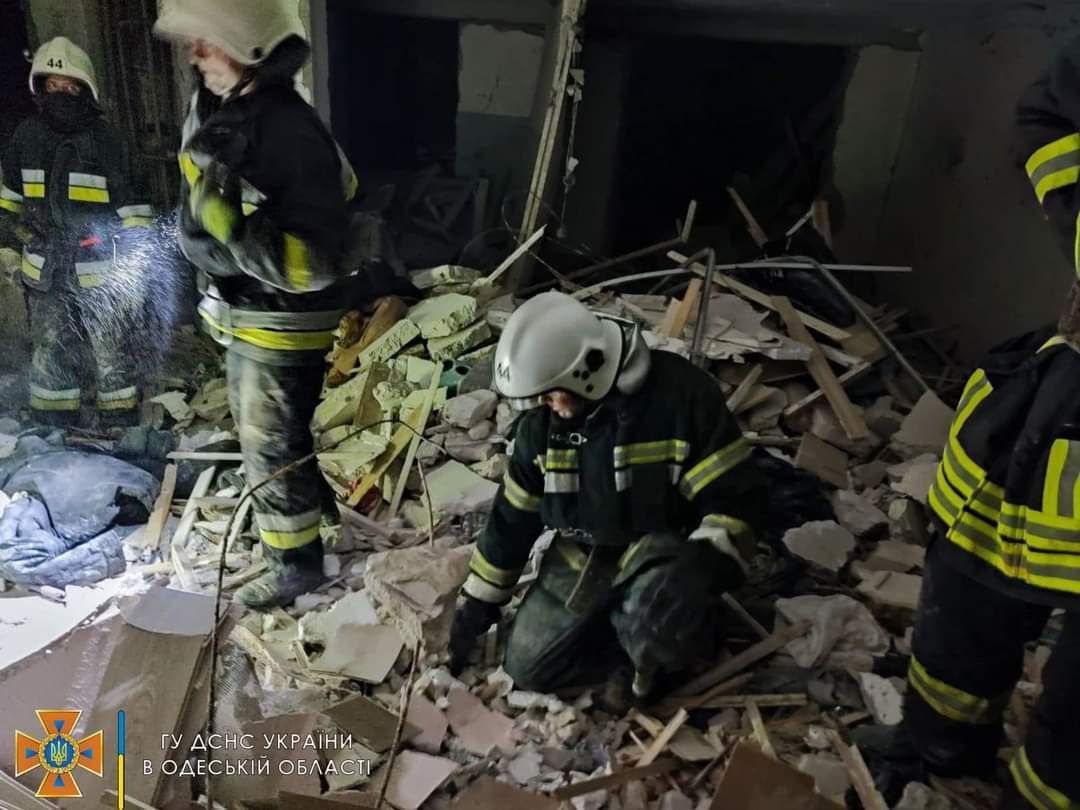 The work of rescuers in a high-rise building that was hit by a rocket
Photo: SES

At the same time, as a result of a rocket attack on a resort, three people died, including one child, and one other person was injured. A three-story and a four-story building were partially destroyed by the impact. Works are ongoing.

The situation in the region

There are no hostilities in the Odesa Oblast, but the region is regularly shelled. The frontline Mykolaiv Oblast, as well as the Kherson and Zaporizhia oblasts, most of which remain under the control of the Russians, are under constant attack by the occupiers.

The Operational Command "South" explained that thus the occupiers are trying to destroy the infrastructure of those regions where hostilities are not directly ongoing, as well as to psychologically pressure the population.