EXCLUSIVE: The True Cost Of Remaining Ukrainian in Crimea
8908

The brand new frigate of the Russian Navy, Admiral Makarov, has left Sevastopol for the Russian grouping in the Black Sea. Boris Johnson promises to "redouble" humanitarian aid to Ukraine, and the number of Russian servicemen is increasing in Zaporizhzhya region. Here is what you may have missed from the previous night.

In the temporarily occupied settlements of the Zaporizhzhya region, residents report an increase in the number of Russian troops. There are already more occupiers in Vasylivka than locals.

The American Institute for the Study of War (ISW) suggests that the Russians are probably preparing to resume the offensive in southern Ukraine to capture the rest of the Kherson region and advance toward the city of Zaporizhzhya.

Operational Command "South" reported that the latest missile-carrying frigate of the Russian Navy "Admiral Makarov" left the temporarily occupied Sevastopol and joined the Russian grouping in the Black Sea — this increases the likelihood of missile strikes on the Ukrainian territory. 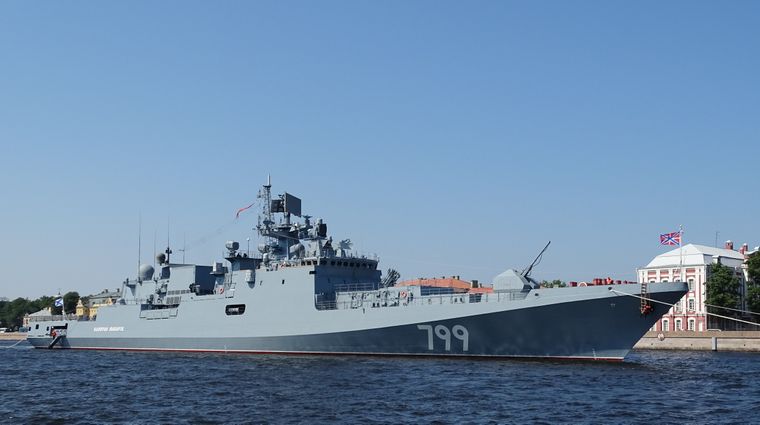 The Prime Minister of the United Kingdom, Boris Johnson, said he would "redouble efforts" to provide Ukraine with food and humanitarian aid, and would work to enable the country to export its blocked goods.

Ukraine and Poland have decided to introduce joint customs control at the border. According to President of Ukraine Volodymyr Zelensky, such a decision will help curb corruption and speed up border procedures.

The United States on attempts by Russia to disrupt arms supplies

Occupying forces will not be able to disrupt Western arms supplies to Ukraine because the Americans have a diversified and stable arms supply chain to Ukraine, said Jake Sullivan, the U.S. president's national security adviser.

"So even if there is a circumstance where the Russians are able to target and hit some shipment on the ground in Ukraine, that’s not going to fundamentally, from a strategic perspective, disrupt the military assistance we’re providing," Sullivan said.

Russification of schools in Mariupol

In Mariupol, from the new school year, the occupiers plan to completely russify the educational process by introducing their own standards. Teachers are forced to cooperate, and dissidents are threatened with "negative consequences", said Ombudswoman Lyudmyla Denisova.

Russia is redeploying its troops and equipment from other axes and from the "Russian hinterland" to the Luhansk region. The occupiers are attacking Ukrainian positions around the clock, trying to break through the defense, according to the regional governor Serhiy Haidai.

He noted that the Russians are destroying Severodonetsk — the shelling is simply incessant. According to Haidai, the occupiers cannot prevail on the battlefield, so contrary to the rules of war, they are destroying cities and killing civilians.