Missile strikes on Dnipro and Kramatorsk, shelling of Dnipropetrovsk Oblast and Mykolaiv: the highlights of today
Editors' Choice
9274

“Our Kids”: Crimean Resistance to Political Arrests In Numbers
9421

Russia has been losing access to essential medicines from abroad, leaving thousands of children and adults at risk of dying unless the disappearing drugs needed to cure them are made available.

Hromadske’s partner outlet Novaya Gazeta has been covering tensions in the country’s healthcare system for years, but their recent conversations with Russian health professionals have demonstrated that drug shortages are reaching a crisis point.

“A humanitarian catastrophe is beginning”

“We cannot work without these drugs. Without them, a humanitarian catastrophe is beginning. And we have already stepped into it,” says pediatric oncologist Alexei Maschan, the Director of Russia’s leading center for pediatric hematology, oncology and immunology, the Dmitry Rogachev National Research Center in Moscow.

The country’s doctors and public health workers have been sounding the alarm about the collapse of foreign drug supplies for several years, after they began to experience shortages of vital medicines in the regions.

Russian regulations demand that doctors use generic domestic drugs over imported versions, but domestic production has been unable to meet demand or match the quality of foreign pharmaceuticals.

Official policies have been compounding the problem of drug shortages over the last five years. Dr. Maschan spoke out about how Russian policy was affecting access to medications as early as 2014. In an interview with Novaya Gazeta, he explained that the existing legislation was restricting treatment options for Russia’s doctors and their patients:

“There is already a bill stating that if there are two options of domestic drugs in state medical institutions, then imported options will not be considered. This is a refined cruelty towards patients and doctors, who will be forced to treat [patients] with absolutely untested medications,” Dr. Maschan told Novaya Gazeta in 2014.

“So far lawmakers are thinking about a domestic manufacturer and not a domestic patient,” Dr. Maschan said. “They have the facade of patriotism, but I think patriotism is to cure our patients with the best medications there are in the world.”

Nevertheless, the authorities continued to introduce new limitations for foreign pharmaceutical companies. In 2015, the Ministry of Industry and Trade signed a resolution restricting access to government procurements for foreign manufacturers and as a result, these companies gradually began to leave Russia en masse.

New procurement rules implemented in 2017 that empowered the Ministry of Health to carry out drug tenders on behalf of the regions have also affected drug supplies, leading to three failed tenders in 2019 and prompting panic among Russia’s HIV patients over shortages, The Moscow Times reported. 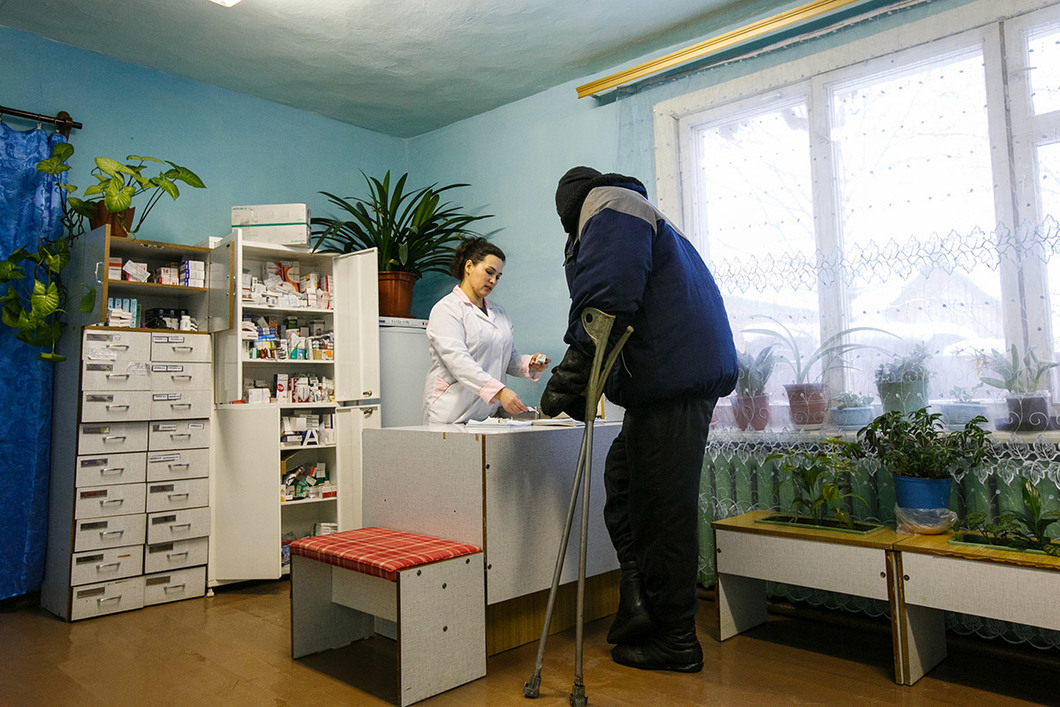 As a result, the country’s hospitals and clinics have been facing even greater shortages of vital drugs – and the anxiety among patients and public health professionals is growing more tangible by the day.

“If they speak out, they will be fired”

In August 2019, a scandal brought the drug shortages into the spotlight after criminal cases were opened against several mothers for purchasing foreign drugs for their children. In response, the state backed down, but failed to provide a systemic fix.

At the beginning of September 2019, Prime Minister Dmitry Medvedev signed an order for the purchase of the drug Frisium, for children suffering from chronic pain diseases and convulsive syndromes, like epilepsy.

But while the authorities provided a solution for these families, they failed to acknowledge that these cases are indicative of a much bigger problem, the director of the charitable NGO Podari Zhizn, Ekaterina Shergova, tells Novaya Gazeta,

“The story with the Frisium was monstrous: a child writhing in pain, a mother risking [her] freedom. The story of a child with cancer is [also] monstrous. Can you imagine when a child is lying in the hospital and the doctor tells the mother that there’s nothing he can do because there are no medicines?” Shergova asks.

“It is wonderful that the state will bring medicine to [these] children, but there are likely to be a lot more in need,” she continues, explaining that the government’s response really only addressed these particular cases. “The Prime Minister’s order will not save everyone, because they only counted those parents who admitted that they bought Frisium. They bought it illegally, so many were afraid to admit [to that]. Those who admitted it are parents who have real, good primary physician, who is not afraid to prescribe a [foreign] medication.”

That being said, many doctors are still fearful of prescribing foreign drugs that are not “registered” for use in Russia, or even to speak out about the drug supply problem. For doctors in the regions, who have been forced to return to old treatment methods, speaking up about the issue can put them at risk of losing their jobs.

“If they speak out, they will be fired – that’s all. There have already been cases when doctors were fired precisely because they talked about problems with drug supplies,” says Dr. Maschan.

“If Cytosar doesn’t appear [on the market], patients could die,” said the Director of the charitable fund Advita, Elena Garcheva, in a recent interview. “If a clinic planned to buy it quarterly but now they haven’t been able to buy it for a few months, the lives of patients are under a real threat.”

Garcheva was commenting on a key chemotherapy medication that is disappearing from the Russian market; also known as Cytarabine, it is used to treat different forms of leukemia.

“If the medicines do not appear in Russia, our reserves will run out. It’s true, a foreign company is bringing in one basic drug – Cytarabine – at a loss for the treatment of children, but this will not last forever. This is, as they say, plugging a hold in a dam with your finger, but such holes will emerge everyday,” Dr. Maschan tells Novaya Gazeta, expressing similar concerns about the limited supply of this drug.

According to Dr. Maschan, the Dmitry Rogachev National Research Center in Moscow still has all of the medicines it needs, but only because of a stockpile. However, the center is already feeling the effects of shortages in other regions as they’ve been forced to accept lower-risk patients who could still die due to the lack of necessary medicines in their local treatment centers.

Podari Zhizn has also taken to stockpiling medications, Ekaterina Shergova says, noting the frightening disappearance of another drug, Oncaspar (or Pegaspargase), which is used to treat lymphocytic leukemia and some types of lymphomas.

“Last year, when we learned that the drug would soon go to re-registration, we rushed to buy all the leftover [stock] – we went in like a vacuum cleaner. The lack of vital medicines is a catastrophic problem not fully understood, including by the Ministry of Health,” Shergova tells Novaya Gazeta.

In response to complaints from doctors, the Ministry of Health advised selecting “alternative methods of treatment.” But as Dr. Maschan explains, in some cases these do not exist.

“For example, myeloid leukemia simply cannot be cured without Cytarabine. In this case, suggesting finding an alternative is the same as not throwing a drowning person a life preserver and [instead] advising them to learn how to breathe through gills,” he says.

“It is impossible to hope that funds will cover the collapse”

While charitable non-government organizations like Podari Zhizn are bringing in unregistered drugs in large quantities, Dr. Maschan emphasizes that this doesn’t address the root of the problem:

“Those medicines that should be registered here, that should be on our market are not there because foreign companies were placed under unfavorable conditions and left Russia,” he explains. “First of all, they aren’t allowed to bid on public procurements if there are two domestic producers. And even if there is only one and its drugs costs twenty percent more, it will still win the bid on the grounds that it’s domestic alone.”

And charities can only do so much by throwing money at the issue. As Ekaterina Shergova explains:

“Thanks to our donors, we can solve a lot of problems. But the story, for example, with Oncaspar cannot be solved with the help of money if it physically is not there. If the essential drugs do disappear at the speed at which this is happening today, it is impossible to hope that funds will cover the collapse. They just can’t.”

/Adapted by Eilish Hart, with materials from Galina Mursaliyeva of Novaya Gazeta. Courtesy of the Russian Language News Exchange.

Russia
More on this topic
5703