Big Tech and Media: How Independent Journalism Tries to Survive in the Digital World
39750

This year, the world celebrates the 30th anniversary of the 1989 autumn revolutions that shook Central and Eastern Europe and led to the fall of the communist regimes. Romania was the only country in the Eastern Bloc where the transition to democracy took place through a tough scenario, with the bloodshed and execution of the communist leader Nicolae Ceaușescu and his wife Elena.

After Ceaușescu’s escape, the Council of the National Salvation Front, led by Ion Iliescu, became the new authority. Iliescu is now accused of crimes against humanity. His military measures contributed to armed clashes after the overthrow of the Ceaușescu regime. Most of the deaths occurred in the days after the dictator was shot – according to the conclusion of the prosecutor's office, more than 860 people died. The 1989 Revolution case remains unresolved for 30 years.

“I saw soldiers firing weapons and shots sparkling in the sky”

“The authorities of the Romanian state, respectively, the army, the police, the security service and the patriotic guards (the Romanian paramilitary formation of the communist era – ed.), fired on people with the direct consent of those who were at the head of the Communist Party – a criminal party with people who had the authority to give orders to shoot at people,” says Teodor Mărieş, a participant of the revolution and chairman of the “December 21, 1989” association.

The revolution broke out on December 16 in Timișoara. It all started with a peaceful protest after a dissident, Hungarian by nationality, László Tőkés was removed from his post and evicted from his home. Soon, the protest grew into anti-communist and the revolution spread to other cities of Romania, and ended in Bucharest. “Securitate”, the secret police agency, the militia, and the military tried to quell the protest, shot at people and detained the protesters. 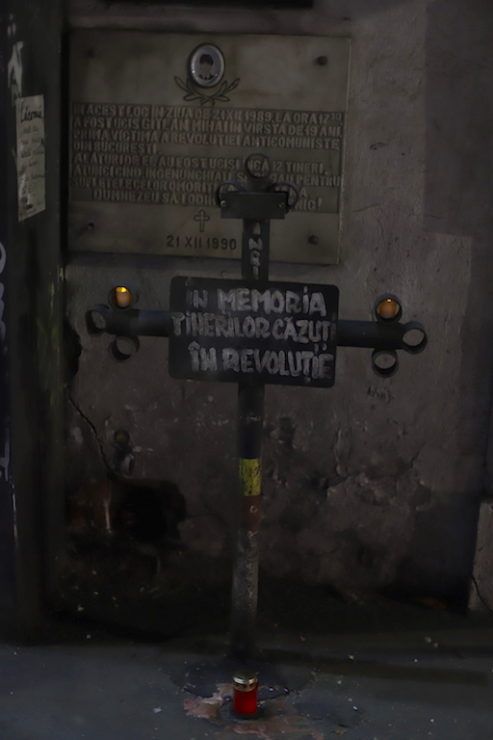 Cross in memory of the first victims of the 1989 revolution. Photo: Ecaterina Alexandr / Ziarul de Gardă

Gheorghe Stanciu was detained on the evening of December 21. Like many others, he was tortured, and then sent to prison in Jilava. The next day, when Ceaușescu was overthrown and Stanciu returned home, his parents did not recognize their son and did not open the door. “That's how disfigured I was,” told Stanciu, a participant in the 1989 revolution. 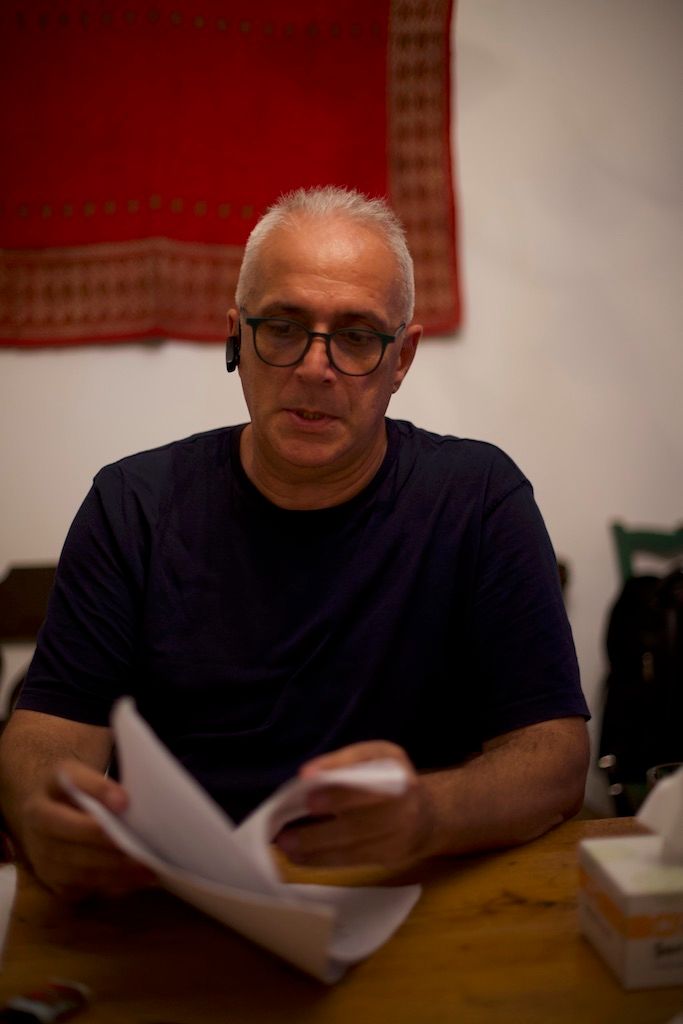 George Stanciu, a participant in the 1989 revolution believes Ceaușescu should not have been executed. Photo: Ecaterina ALEXANDR / Ziarul de Gardă

The man says it was the state forces who turned a peaceful revolution into a violent one.

We were empty-handed. They turned a peaceful revolution into a brutal one. For fear of being overthrown, they allowed all forms of violence and, in the end, shot at people.

Nicoleta Giurcanu was 14 at the time of the revolution. On the night of December 21, 1989, she, along with her 12-year-old brother and father, went to the streets of Bucharest to “live through history,” as their father told them.

“I saw soldiers firing weapons, and shots sparkling in the sky. People were happy and shouted 'Freedom!', and our souls seemed to ascend to heaven with these words,” recalls Giurcanu. 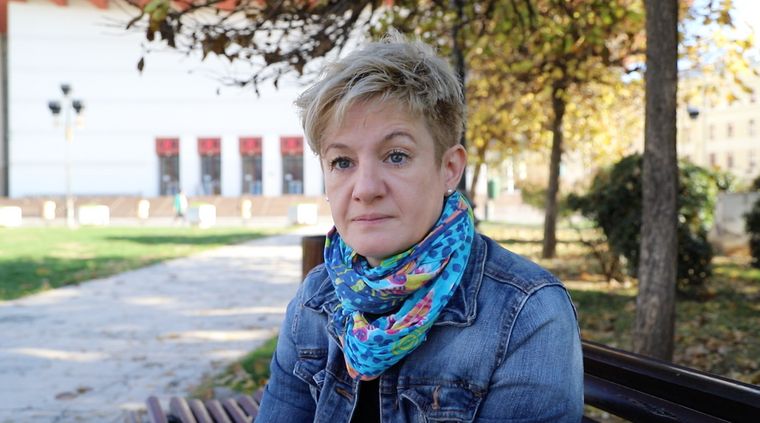 Nicoleta Giurcanu was 14 at the time of the revolution. She was detained along with her brother and father. Photo: Ecaterina ALEXANDR / Ziarul de Gardă

But the repressive forces still tried to suppress the protests and oust the revolutionaries from the streets. Giurcanu recalls how four people pointed a weapon at her and said: "Hurry up, follow us."

Giurcanu was arrested and tortured at a police station. The girl was beaten until she lost consciousness and then brought to her senses by pouring buckets of water on her head. Subsequently, the beatings continued.

“In 30 years, these people have not paid for their deeds”

“It was the policemen from the 14th precinct who beat us. Many of them currently hold a number of important posts. Some of those who tortured us those nights are still in the 14th precinct, one of them is the main commissioner there,” Giurcanu notes.

I can’t grasp how the Romanian state has been hiding criminals for so many years? In 30 years, these people have not paid for their deeds. Moreover, they remained in office, retired, without turning a hair continued their lives, got promoted, praised, awarded honors, and medals.

Giurcanu, along with hundreds of other participants in the revolution and relatives of the victims, appealed for justice to the European Court of Human Rights, which issued about 300 decisions obliging the state to pay compensation to the plaintiffs for a total amount of about 1 million euros.

Then, in 1989, Ceaușescu with his wife and guards escaped from Bucharest on December 22, when it became clear that it was impossible to crush the uprising – the army sided with the protesters en masse, the television center was seized and used to announce the fall of the regime. The military detained the overthrown dictator and his wife in Târgoviște, and a military tribunal took place there and on December 25 Nicolae and Elena Ceaușescu were executed by a firing squad. 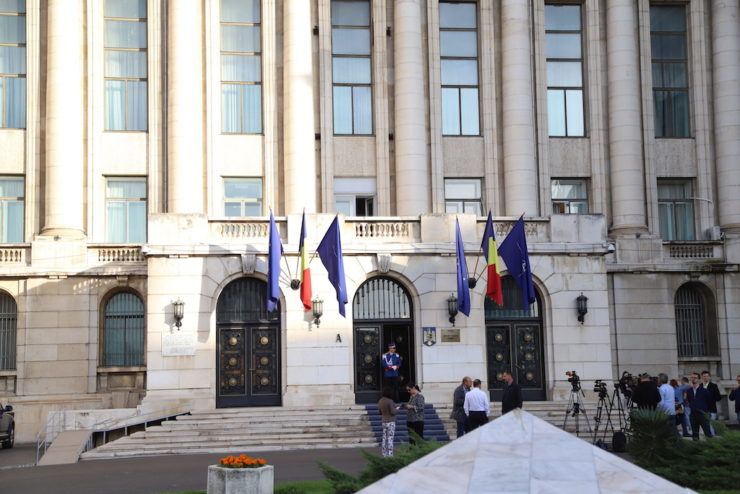 Ministry of Internal Affairs. Before 1989, the headquarters of the Central Committee of the Communist Party of Romania was located in this building. Photo: Ecaterina ALEXANDR / Ziarul de Gardă

After Ceaușescu’s escape, power passed to a new political structure – the Council of the National Salvation Front, which was formed mainly from the second echelon of the Communist Party. The front was led by Ion Iliescu, the future president of Romania.

“Of course, Ceaușescu should not have died, he had to say who these bastards were. They killed him just so that he couldn’t say this,” said Stanciu.

Teodor Mărieş, a participant in the revolution and chairman of the “December 21, 1989” association, believes that "the ideals of the revolution were stolen," and Romania remained pro-Soviet until 1996. 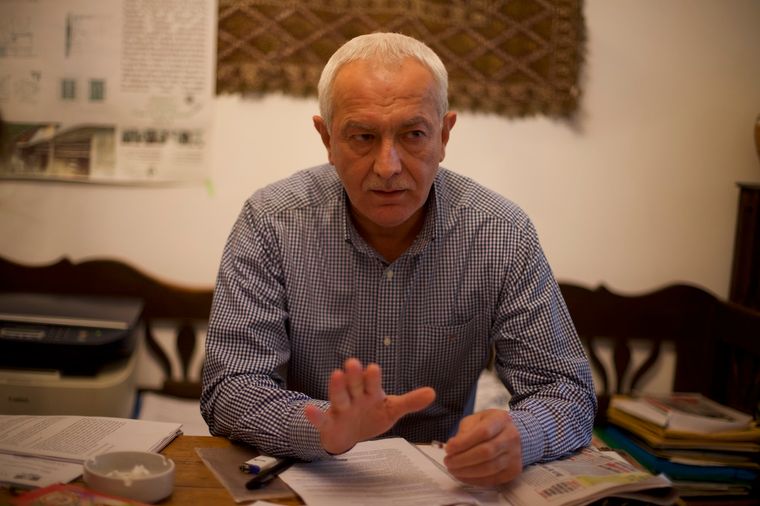 Teodor Mărieş, a participant in the revolution and chairman of the “December 21, 1989” Association, is seeking justice at the ECtHR. Photo: Ecaterina ALEXANDR / Ziarul de Gardă

“The leadership in Bucharest remained pro-Soviet until 1996. Only after that, the changes were made. For the first time in 80 years, we have a liberal government. Let's see, it is of a different color, but – most importantly – it is not pro-Soviet,” says Mărieş.

“This corruption network captured Romania after 1989”

Iliescu, who led the National Salvation Front during the revolution, was charged with crimes against humanity. According to the prosecutor’s office opinion, the military measures supported by Iliescu contributed to the violence after the overthrow of the dictator Ceaușescu.

A criminal case on the December 1989 Revolution was the longest-running investigation in Romanian history.

The first attempt to prosecute Iliescu took place in 2004, but then the Constitutional Court declared this decision unconstitutional. In the same year, Teodor Mărieş and lawyer Antonie Popescu filed their first complaint with the European Court of Human Rights. They demanded the conviction of the Romanian authorities for delaying the case and depriving the victims of a fair trial. The ECtHR sided with the victims and demanded that the Romanian authorities resume the investigation into the events of 1989. In 2016, the case against Iliescu was resumed. In April that year, it was transferred to court. According to the Romanian Criminal Code, “crimes against humanity” are punishable by imprisonment of 15 to 25 years, or life imprisonment.

After the December Revolution, the political image of Romania changed – democracy was established in the country, in 2004 it became a member of NATO, and in 2007 a member of the E.U. 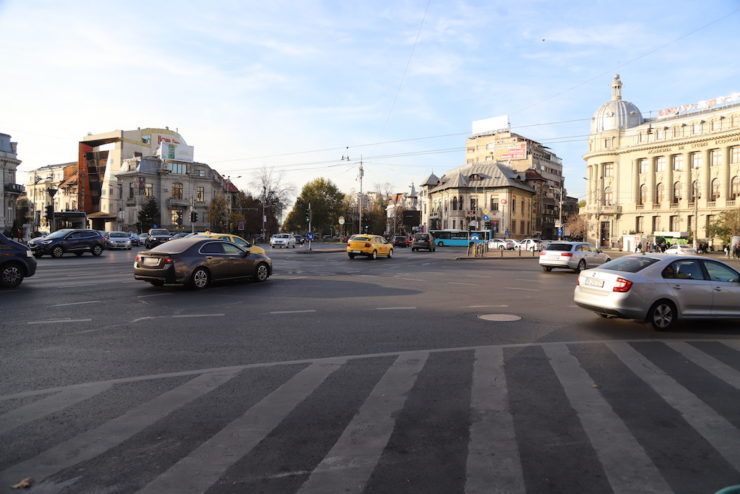 However, many internal problems are still not resolved. One of the reasons for this is the unfinished case of the revolution, says lawyer Popescu. 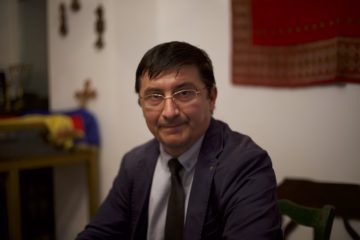 Lawyer Antonie Popescu claims that the perpetrators of the events of 1989 were not punished. Photo: Ecaterina ALEXANDR / Ziarul de Gardă

“This network of corruption and organized crime that captured Romania after 1989 slowed down the development of the country, and turned into a shelter for crimes,” Popescu said.

At the center of corruption scandals today are the same characters who are associated with politics and crimes during that criminal period.

Back in the ’90s in Romania, people went to dozens of protests. One of the most significant is the Golaniad (Romanian: Golaniada), a civil disobedience action launched by students and professors at the University of Bucharest on April 22, 1990. The Golaniad began before the elections scheduled for May 20, 1990. Participants demanded to ban former members of the Communist Party of Romania from participating in the elections. The number of demonstrators reached 30,000.

But over time, people got tired, some emigrated, some got old. And only a few went to court in the case of the December Revolution of 1989. The "December 21, 1989" association is now seeking justice in court. 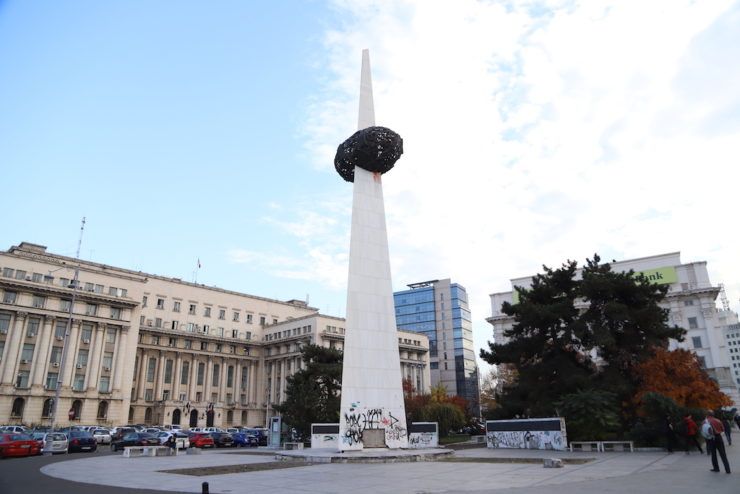 The number of victims of the events of December 1989 exceeds 5,000, of which 1,118 died, 3,800 were wounded and more than 800 were detained. Participants in the December revolution believe that Romania will not come to real freedom and democracy until those responsible for the armed clashes of December 1989 are punished. 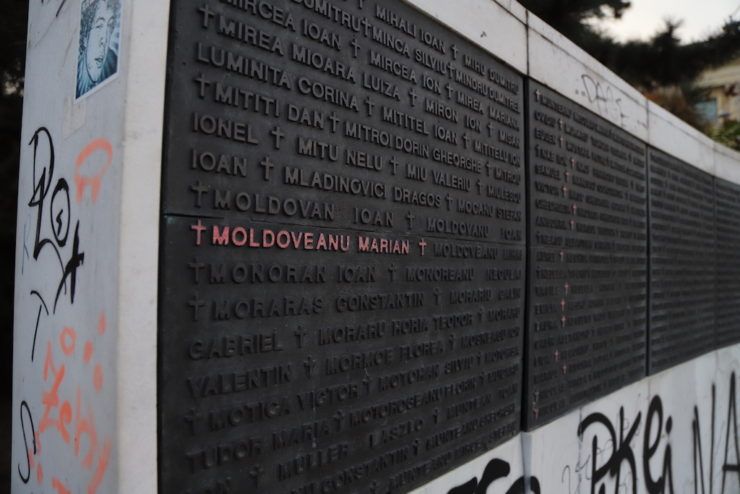 Revolution Romania
More on this topic
2127