donate
Hromadske UAHromadske RU
AboutWhere to watchAuthors
Contacts
Ukraine
"Regardless of outcome of battle for Donbas, Russia will not be able to continue offensive operations" — CIT
3887
Trending
13334

"A precedent has been set": Germany to hand over first heavy weapons to Ukraine soon — FM Kuleba
1513

AP releases video from paramedic Taira's body cam, who handed over footage the day before she was captured by Russians
Editors' Choice
8298

Conflict Intelligence Team (CIT) is a team of independent researchers specializing in the investigation of events and crimes during hostilities. In particular, they studied the actions of the Russian army in Ukraine, Syria, Libya and others.

hromasdske spoke with CIT researcher Kirill Mikhailov about the regrouping of Russian troops, the search for "fresh blood" in Russia and the battle for Mariupol.

Russia did not involve all its forces in the Donbas. The withdrawal of equipment from Belarus, which retreated there from the Kyiv Oblast, is still ongoing. We see that separate units and subdivisions of the 1st Guards Tank Army, which fought on the Kyiv axis, the 41st Combined Arms Army, the 90th Guards Tank Division, which fought on the Chernihiv axis, were involved. But we have not seen practically anyone back in Ukraine from the Eastern Military District and the airborne troops who conducted out the operation and the infamous war crimes in the Kyiv Oblast.

It is possible that they continue to regroup or replenish, and then enter the battle in parts. This is quite interesting, because many expected the Russians to concentrate all their efforts. As for the size of the Russian army, American sources said about 76 battalion tactical groups, which are now in the area from Kherson to Kharkiv. To put things into pers[ective, Russia started the war with 125 groups.

With any outcome of the battle for Donbas, even in the event of triumph, the Russian army will not be able to continue offensive operations on Kharkiv or Mykolaiv. The battle for Donbas will be the last for the army with which Putin started the war. Then we will have to either negotiate with reluctant Ukrainians, or continue the war, but with mobilization. And this is an additional blow to the economy, which has already suffered from sanctions. 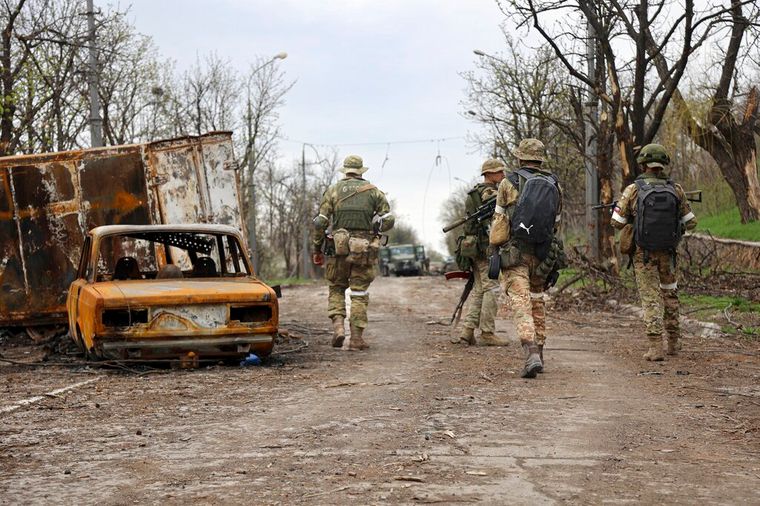 Couch warriors of the Russian Federation

Between 20 and 40 percent of Russian contractors who took part in hostilities in Ukraine refuse to return to the front line. The figures are confirmed by the contractors themselves, our sources in the Russian army and the interceptions published by Ukrainian special services. The extent of this phenomenon is also testified by photos of military tickets of Russian soldiers with stamps: "prone to deception, betrayal, refusal to carry out orders." These stamps were made specifically for this purpose (as humiliation for those who refuse to fight — ed.). 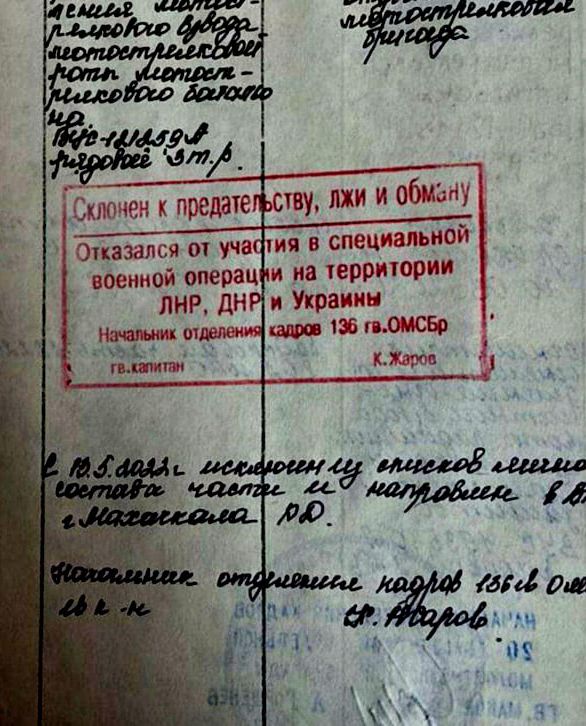 The reluctance to fight is a very serious problem for the Russians, even greater than the combat losses. That is why they are forcibly mobilizing in the occupied Donbas and, possibly, in other newly occupied territories. Russia also calls on its citizens who are in reserve to sign a contract. So far, this is voluntary. On the job search sites, where there is a demand for programmers and marketers, for the first time military specialties started to pop up, such as shooter and IFV operator.

Additional forces were attracted from Russian foreign bases — "Abkhazia", ​​"South Ossetia". Even from Tajikistan, where there were forces needed to contain the Taliban. I understand that all this is done to avoid announcing a general mobilization. After all, Russia is probably not ready for this.

The equipment in the warehouses is in even worse condition than the one in the army today. And it is unknown how many recruits will go to war, because support is mostly passive — everyone is watching, but doing nothing. Doing nothing is easy as opposed to going and enrolling in the military registration and enlistment office and laying down your life or taking a risk. At the same time, Russians continue to ignore the fact that their country is killing people and their military is raping and committing other crimes. 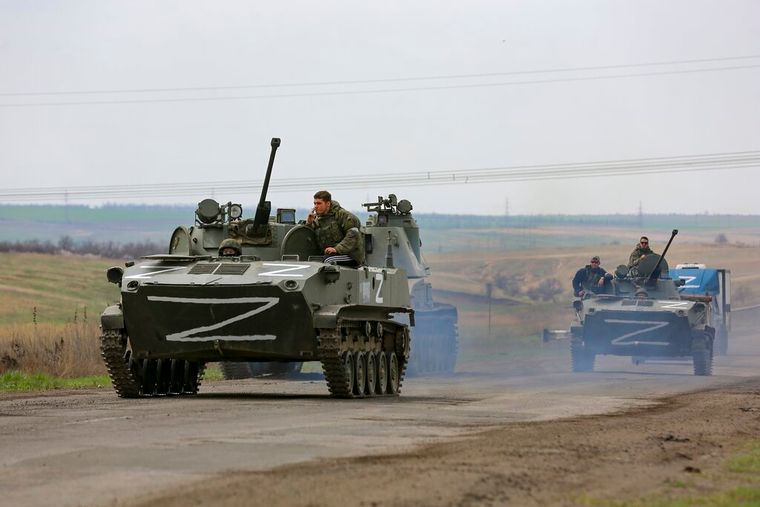 The occupiers' tanks are driving on the route of Mariupol, April 18, 2022
Photo: AP Photo / Alexei Alexandrov

We are now seeing the use of strategic bombers. Until now, they did not dare to enter the airspace of Ukraine. Rhe Russians are carrying out bombings similar to those that took place during World War II. Namely, indiscriminate air bombardment.

The number of deaths in Mariupol is appalling, even by Syrian standards. Such a number of dead (Ukrainian authorities put the number at 22,000 civilians - ed.) was neither witnessed in Aleppo (Syria) nor in Grozny (Chechen Republic).

The capture of Mariupol will allow the Russians to establish a connection between Russia and the occupied territories of Kherson and Zaporizhzhia oblasts. Until now, it was possible only through the occupied Crimea. This notorious land corridor, which has been talked about for many years, is an intermediate goal of the Russians. And, most likely, now they want to complete its formation one way or another.

If it is impossible to take Kyiv, Kharkiv and other cities, we need to sell the Russians at least some kind of victory. There is no need to do so by May 9. They can simply show the success of the operation and somehow inspire supporters of the current government. They already have legitimate questions for the Russian army and leadership about how successful they are in this war.