Another Frontline. Kyiv Veteran’s War Is Not Over Yet
Editors' Choice
7480

“Our Kids”: Crimean Resistance to Political Arrests In Numbers
6791

A soldier drags a protester across a street in Minsk. The protest began following the announcement of the results of the presidential “elections” in Belarus. Alexander Lukashenko, sometimes called the ‘Last Dictator of Europe’, has been assigned 80% as his re-election score. Photo: TUT.BY

Protests erupted across large swathes of Belarus, with people taking to the streets following the announcement of the official results of the presidential “elections”: Alexander Lukashenko, sometimes called the ‘Last Dictator of Europe’, marked himself as winning 80% of the vote. But election observers note wide-spread rigging and fraud, and alternative vote counts state that opposition candidate Sviatlana Cichanoŭskaja is the actual victor of the elections.

Protest gatherings turned into confrontations with law enforcement agents and soldiers: tear gas, flashbang grenades, and water cannons were used to suppress the protesters. In Minsk, demonstrators were driven out of the center of the city, while in some places (for example, Žodzina and Kobryn, for example), special services sided with the protesters. Over 200 people were detained at the protests, according to human rights organization Viasna. People dispersed around 3 a.m., shouting “Tomorrow!”

Pictures from the protests in Belarus – in our report.

Warning: Some of these photos may depict scenes of violence. 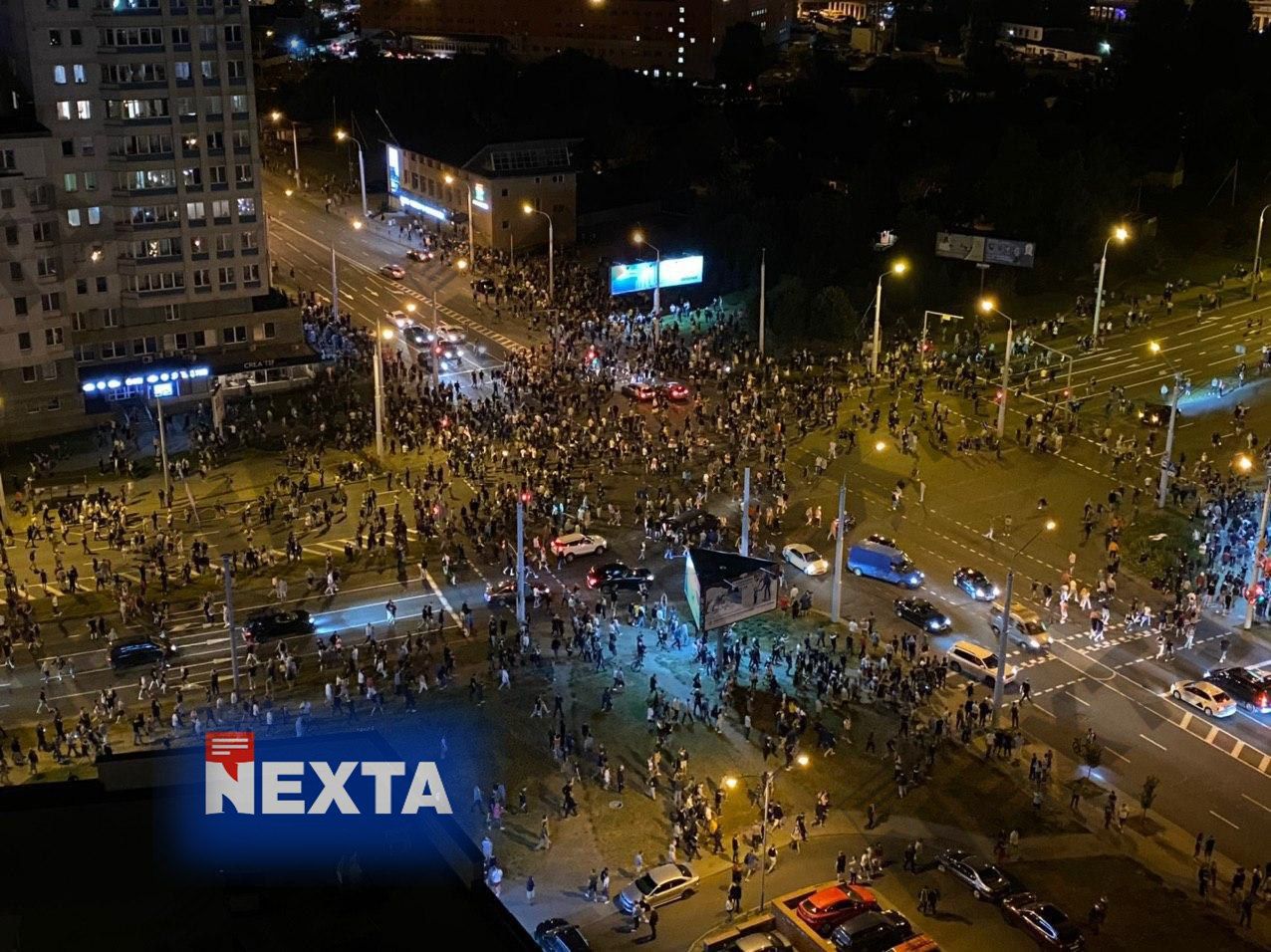 People gathered in Minsk in order to express their disagreement with the official results of the presidential “election” in Belarus. According to the regime, Alexander Lukashenko, sometimes called ‘The Last Dictator of Europe’, was noted as having 80% of the votes. Photo: Nexta 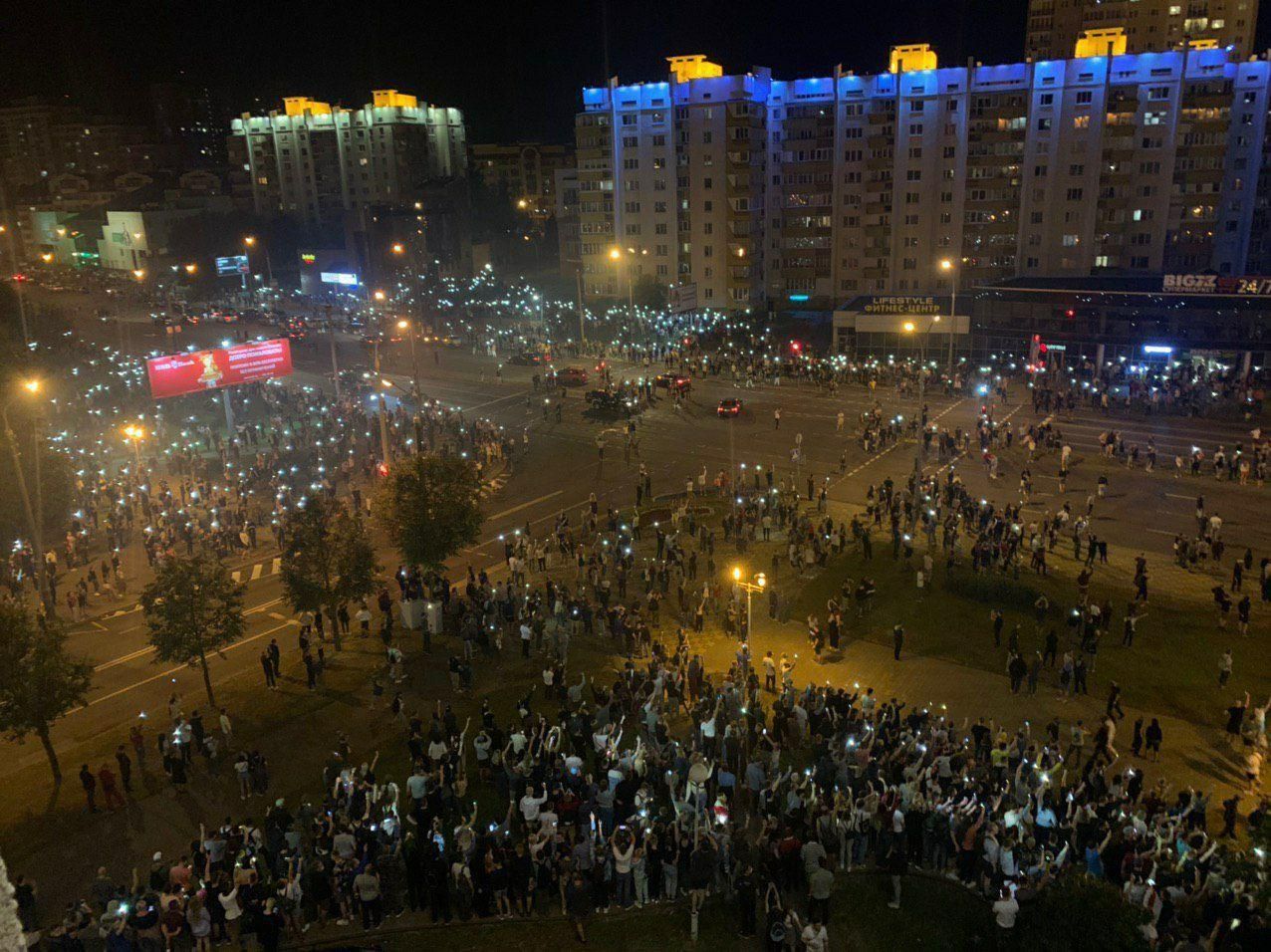 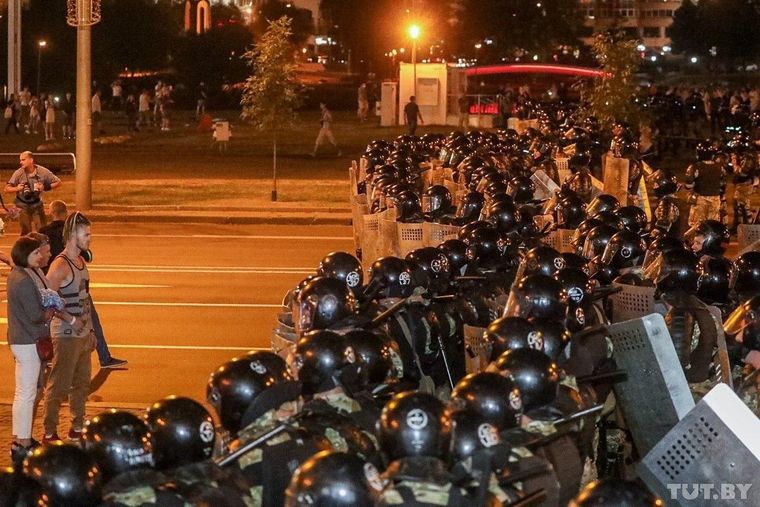 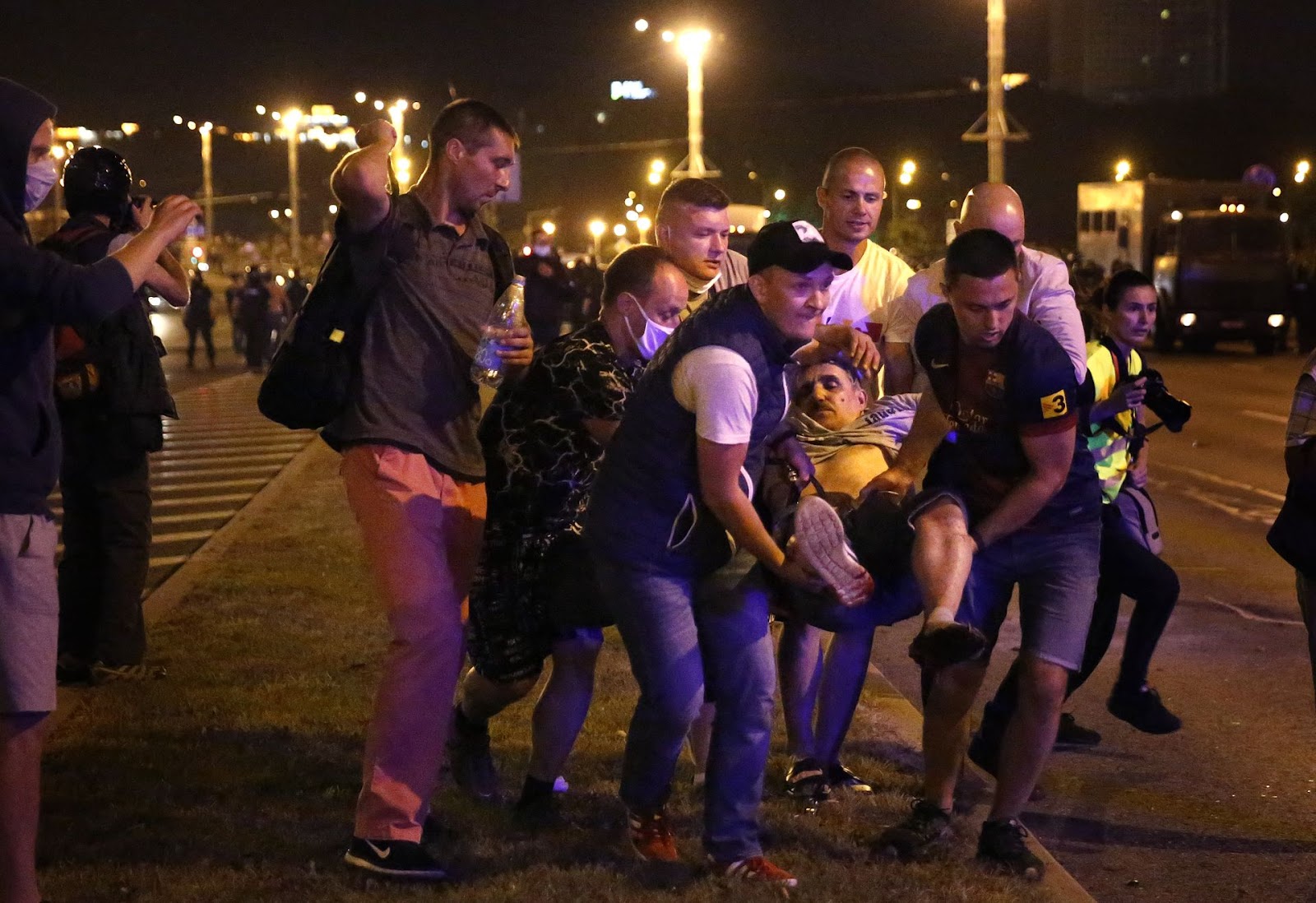 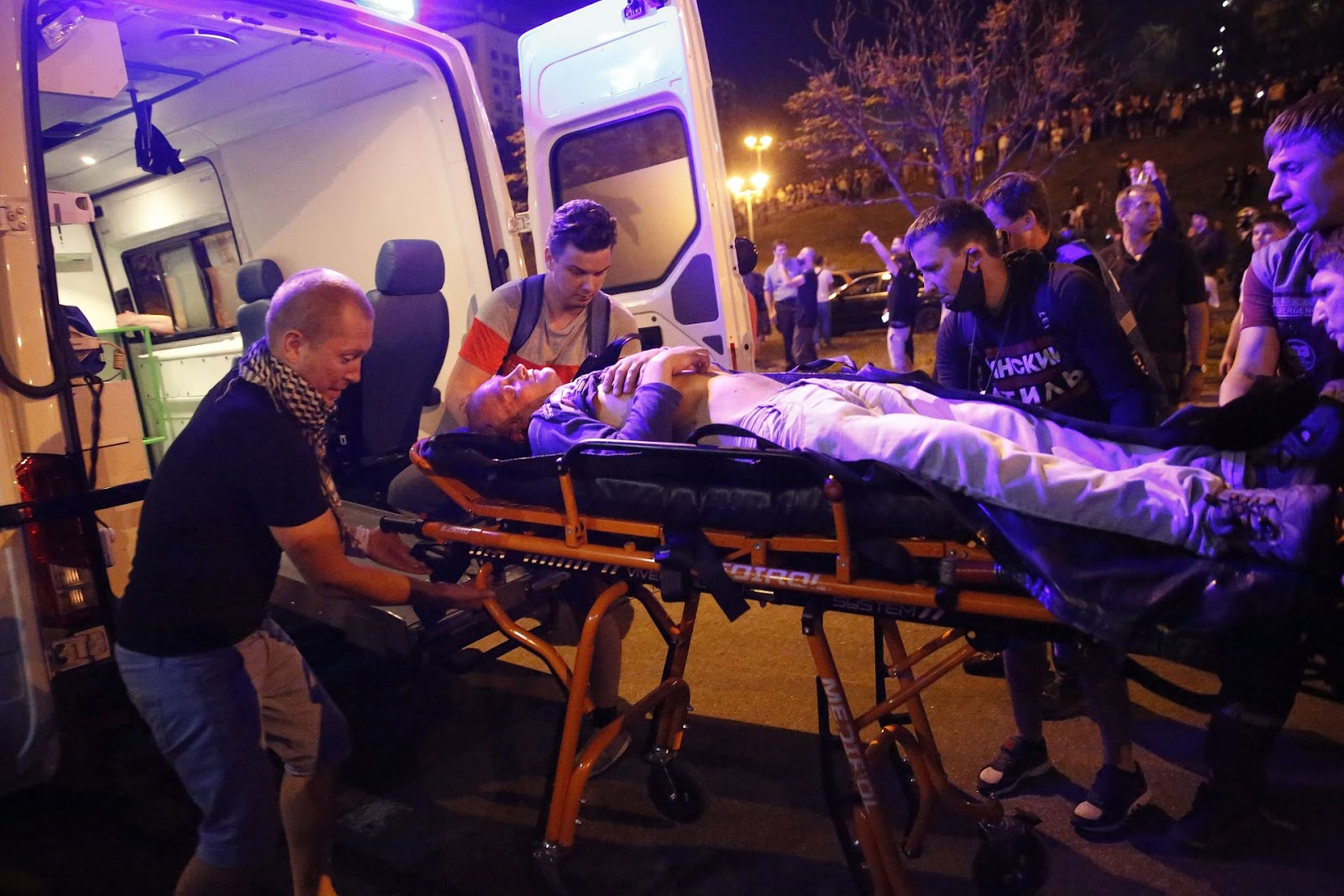 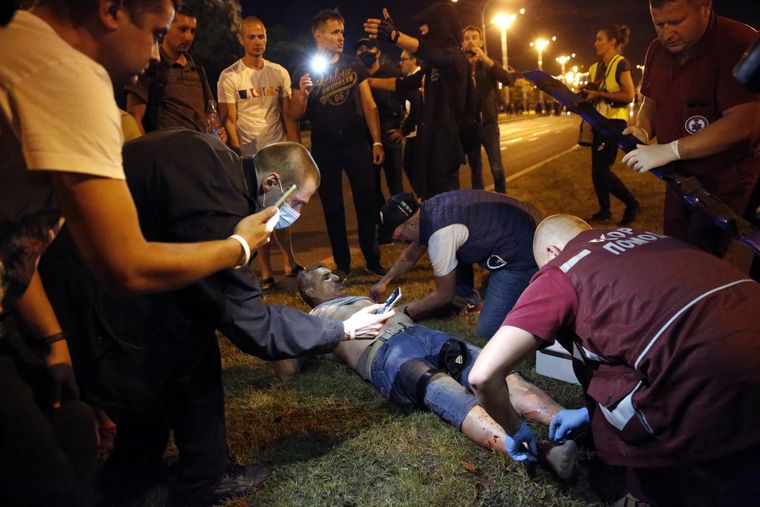 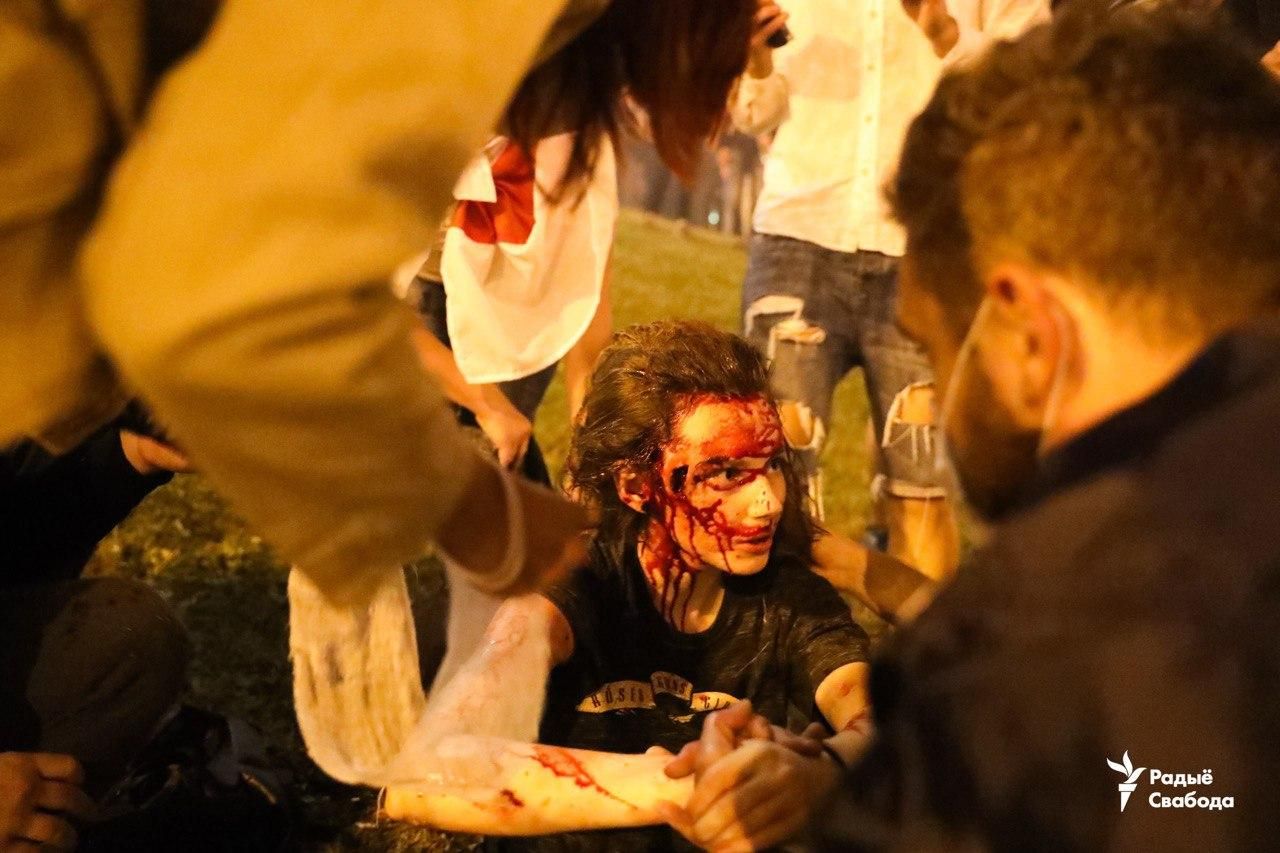 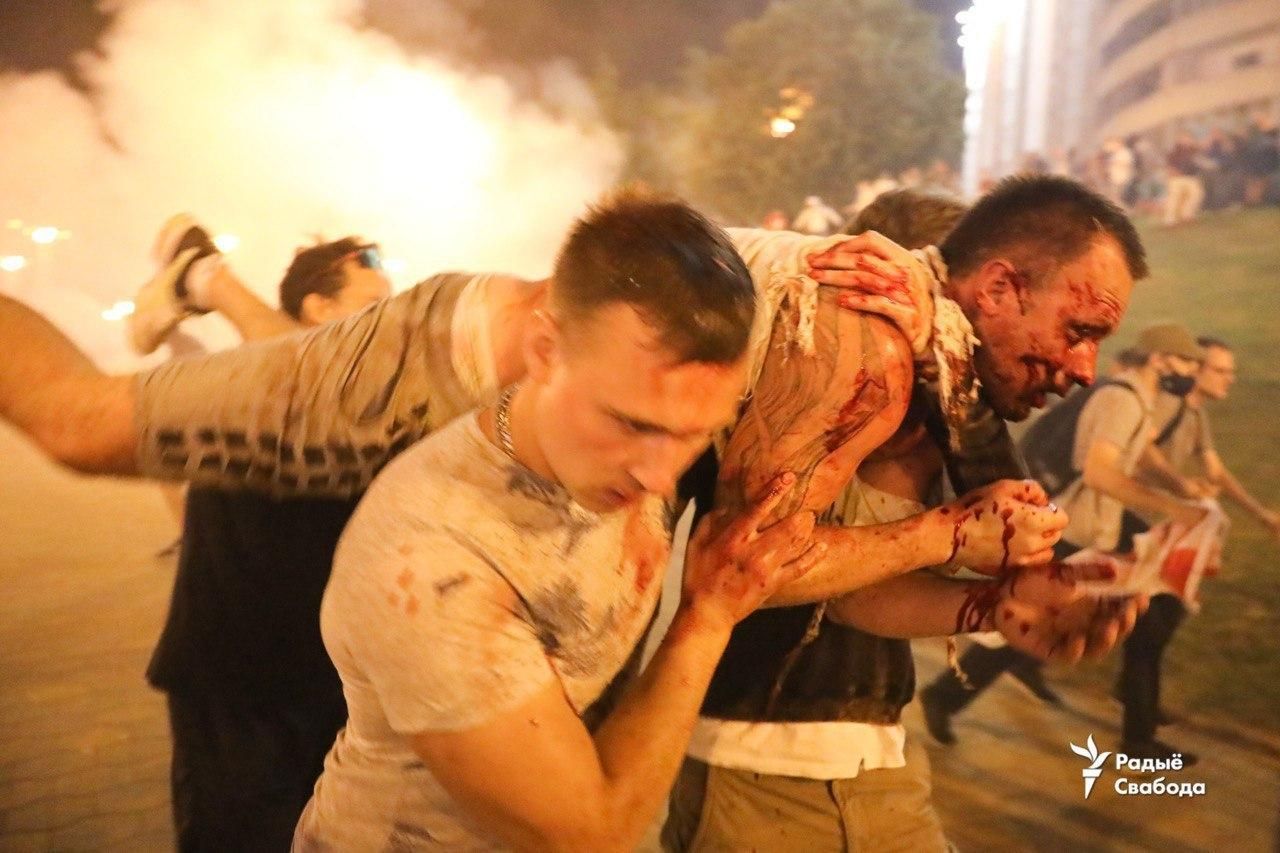 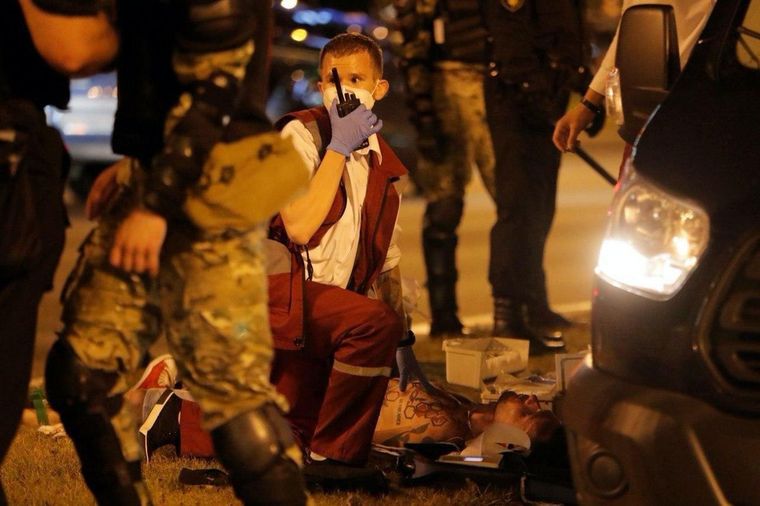 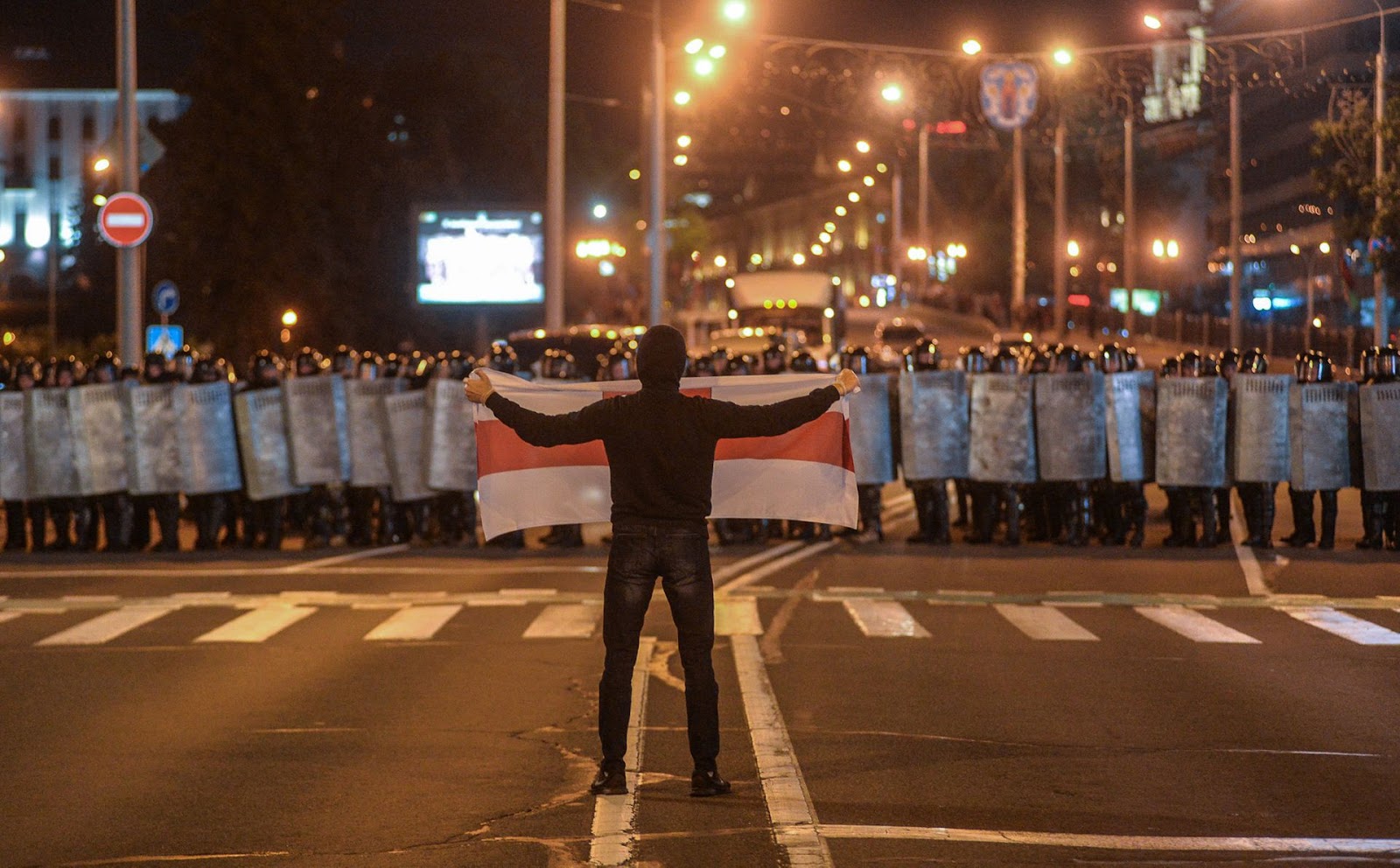 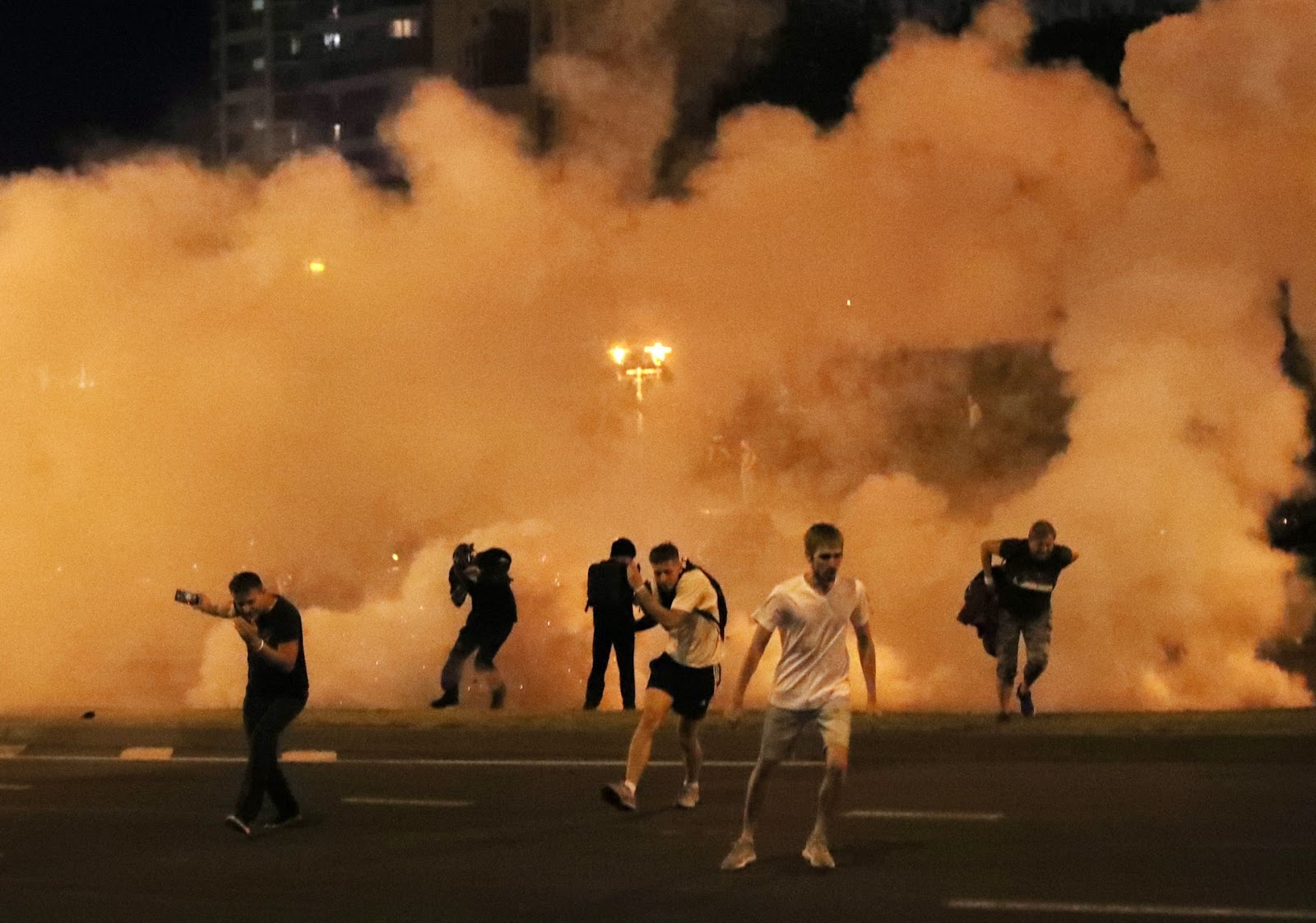 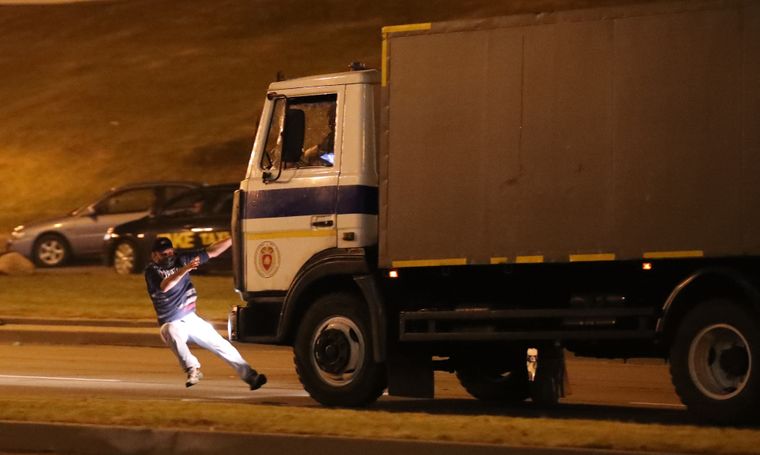 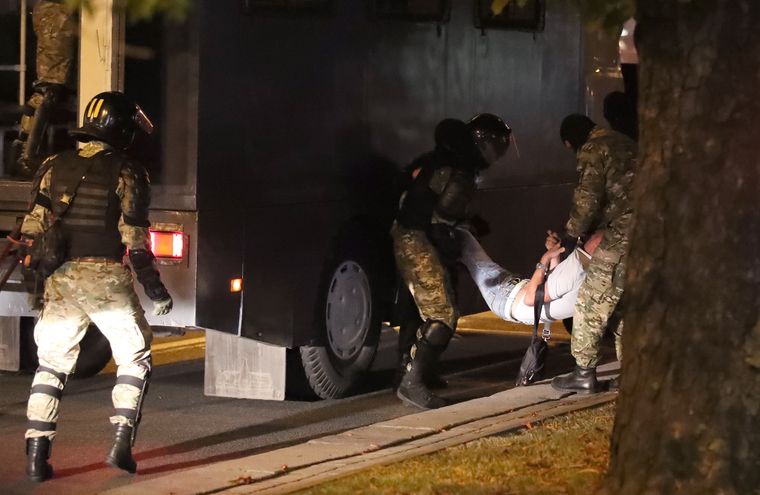