The Olympic Games finally got underway in Tokyo. A long-suffering competition, which was postponed for a year due to the COVID pandemic and the expediency of which was doubted until the last minute. The idea of ​​the Olympics is not popular in Japan, as many as 80% of respondents opposed it in a May poll.

However, it was no longer possible to cancel the Olympics, because, in addition to being a big sports holiday, it is also a business - too much money would be lost by the country and the entire Olympic movement. Therefore, until August 8, when the last of the 339 sets of awards will be awarded, the attention of the entire sports world will be focused on Tokyo. Every day the news will start with how things are in the medal standings.

Ukraine sent 158 ​​athletes to Japan - the smallest number in the history of the country's performances at the Olympics. However, optimistically speaking, more than three dozen Ukrainian athletes can count on medals.

Considering that the record at the Games still remains at 27 medals in Beijing-2008, and in Rio de Janeiro-2016 only 11 medals were won, the potential place of Ukraine in the medal standings may not be so bad. The country is unlikely to get into the top ten, but the place from 11 to 20 in the overall standings is not off the cards.

Here are 12 main Ukrainian contenders for Tokyo Olympic medals by Dmytro Litvinov. After all, exactly 12 is the number of Olympian gods in ancient Greek mythology. 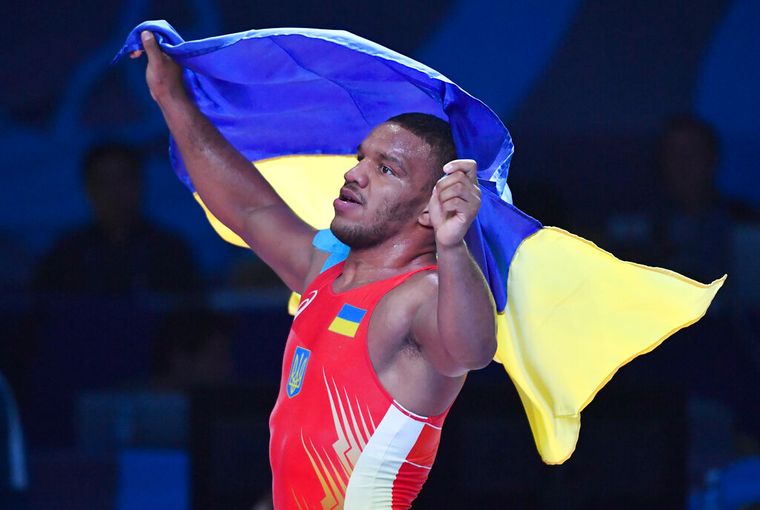 The two-time world champion in Greco-Roman wrestling over the past two years has also managed to get a seat in the Verkhovna Rada. But regardless of how Ukrainians feel about involving athletes in politics, Beleniuk remains the main contender for victory in his weight category up to 87 kilograms. 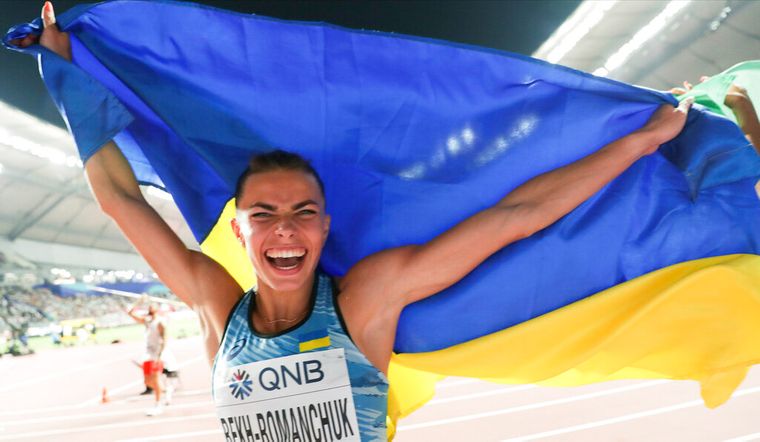 At the 2019 World Athletics Championships, Maryna became a silver medalist in the long jump and, of course, expects to swap this award for gold in Tokyo. This year, she has already defeated German Malaika Mihambo, who lost at the World Championships, so the probability of a successful performance at the Olympics is quite high.

Maryna can help establish another interesting achievement, but more on that later. 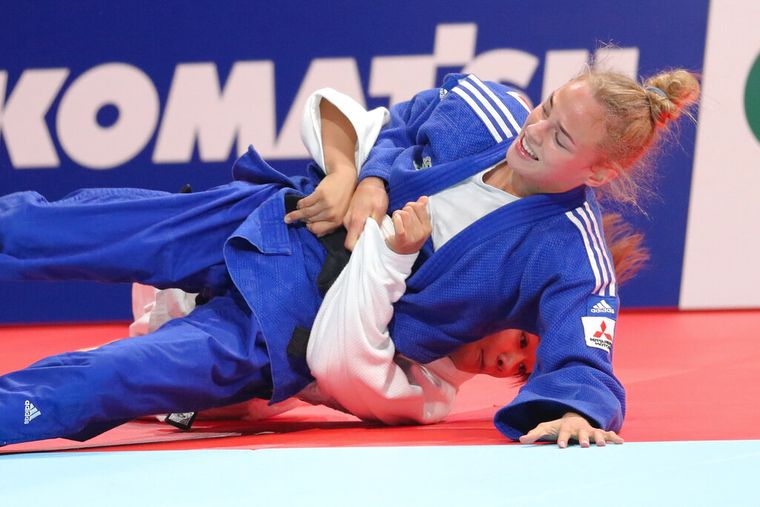 Judo superstar, who won in the category up to 48 kilograms at the 2018-19 World Championships. Bilodid manages not only to gradually grow into a celebrity, but also to claim truly historical achievements.

There is a theory that it is time for an athlete who has won everything in his weight class to move to another - perhaps this will happen to Daria in the fall. But so far she lacked one award - in Tokyo. Unfortunately, on Saturday, she only managed to get the bronze this time, but that is so far the only medal Ukrainian athletes got at this year’s Olympics. 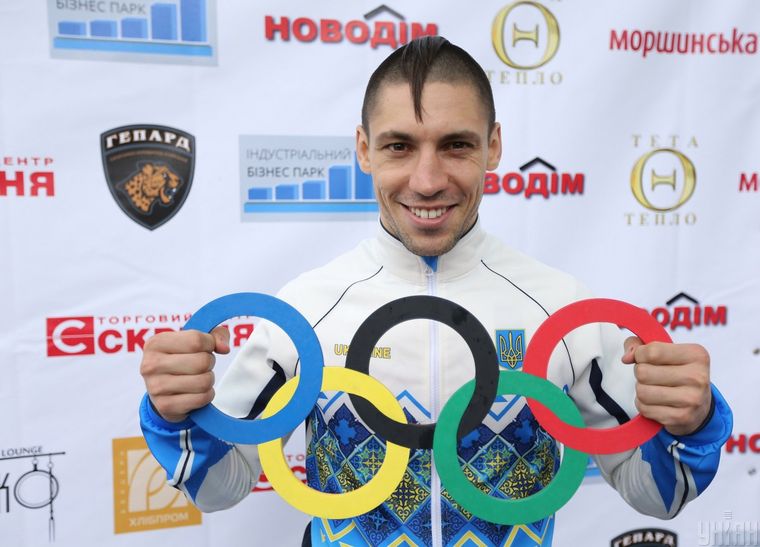 Karate is making its debut at the Tokyo Olympics as a type of program - and here Ukraine has a decent chance to immediately make history.

Horuna won the European Championship this year, and although he himself says that due to lack of funds he was not able to prepare as well as competitors, but his chances of gold are high. 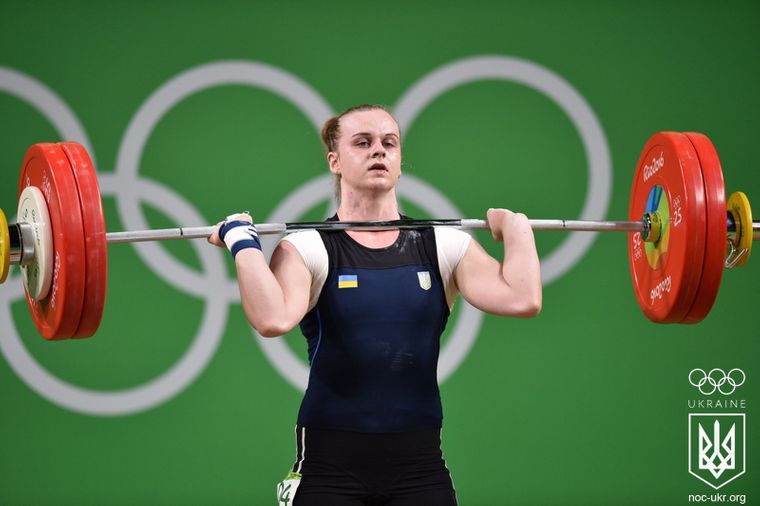 Two-time European weightlifting champion, who incidentally won these titles in the Olympic years (2016 and 2021), that is, she is able to reach the peak form at the right time.

Dekha has everything to perform best among all the representatives of the continent and in Tokyo - the only question is whether this will be enough to compete with Asian athletes, who are very strong in weightlifting. 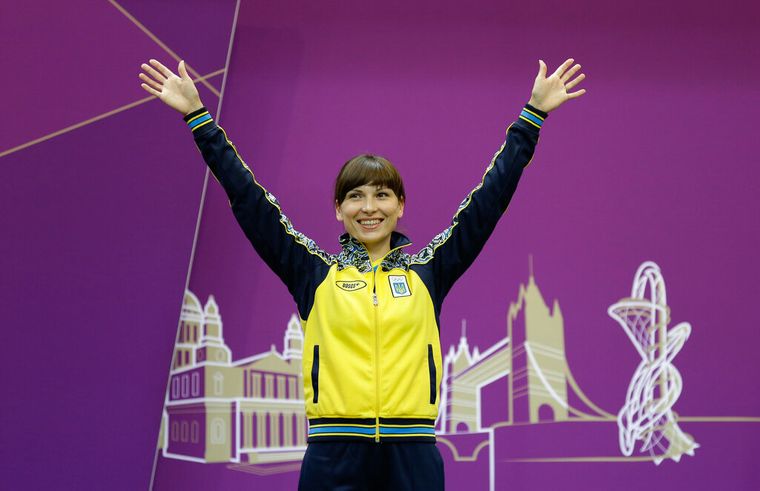 Olena is a fantastic example of longevity in sports. 14 years had passed between her gold at the Athens Olympics and her victory at the 2018 World Shooting Championships.

During this time, she has won dozens of other awards at competitions of all levels and will start her fifth Olympics as one of the favorites. Kostevych will have a chance for even two awards, because she will compete in distances of 10 and 25 meters. 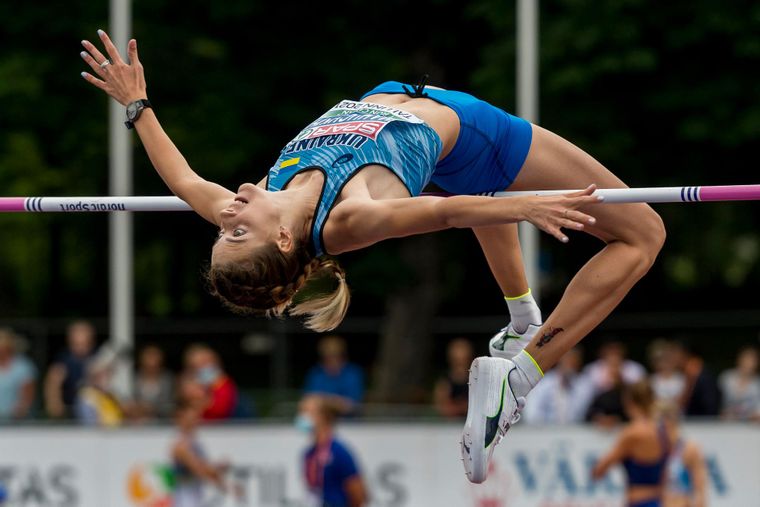 Yaroslava is perhaps the main hope of the Ukrainian national team for a medal in athletics. She has no equals in the high jump this season, and the silver she won at the 2019 World Championships will be perceived as a failure at the Olympics.

Mahuchikh really hopes to renew the world record of 2.09 m, which was set by Bulgarian Stefka Kostadinova back in 1987. 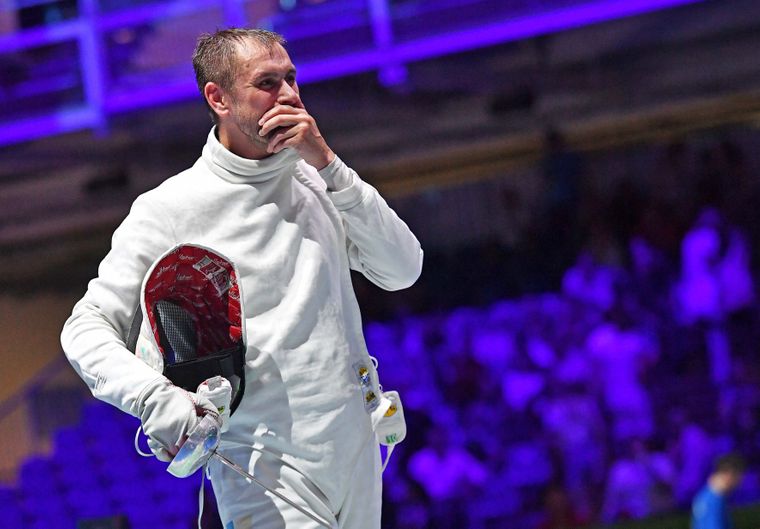 The current winner of the Fencing World Cup, bronze medalist of the 2019 World Fencing Championships. Reizlin is 37 years old, but he reached the peak of his form only in recent years - and is now one of the favorites in individual competitions.

He proves his class in team performances - after the unfortunate defeat in the semifinals of the World Cup - 2019 in a few days Reizlin ensured the national team of Ukraine got to the final. 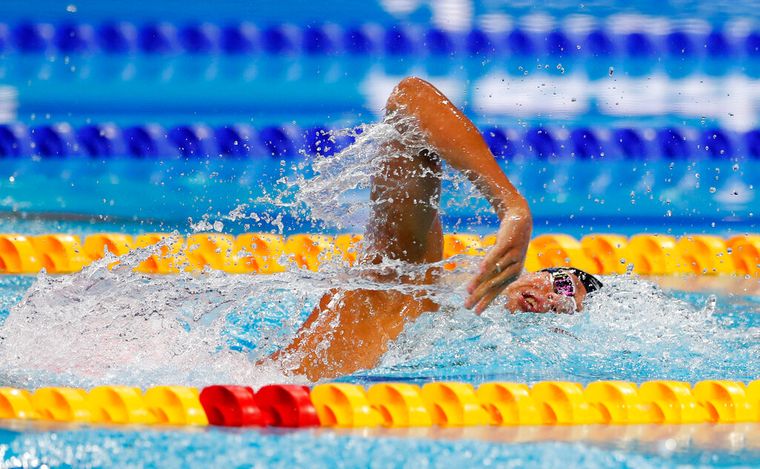 And here is a possible accomplice to the achievement, which was mentioned a few paragraphs above. Mykhailo is Maryna Bekh-Romanchuk's husband, and they have a great chance to be the first Ukrainians in the XXI century to win Olympic medals as a couple at the same Games.

Mykhailo has twice been a silver medalist and won the European Swimming Championships, his forte is 1500 meters, but we can expect a triumph in the 800 meters. 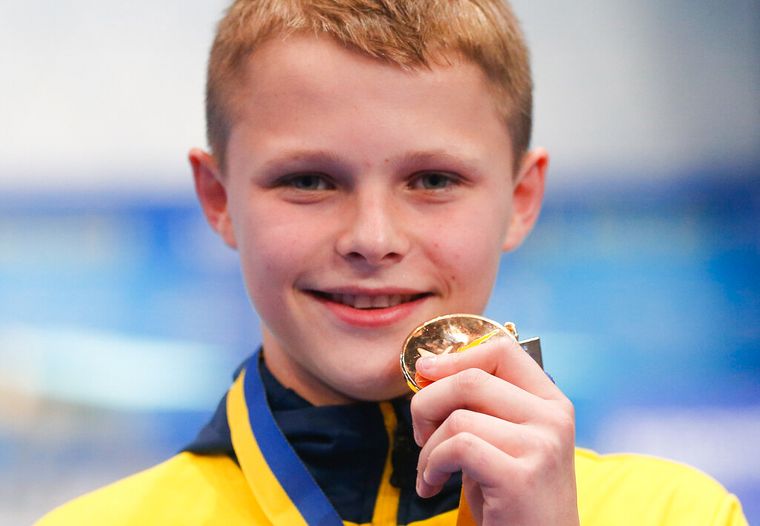 The youngest Ukrainian athlete at these Games is a world-class prodigy. This is not an exaggeration, because Sereda, at the age of 15, has already become the European diving champion from a height of 10 meters, and this year he added gold in the mix to the award (with Oleh Serbin).

Sereda, like Iryna Dekha, will have to withstand fierce competition from Asian athletes. But if you want to be the best, you have to beat everyone. 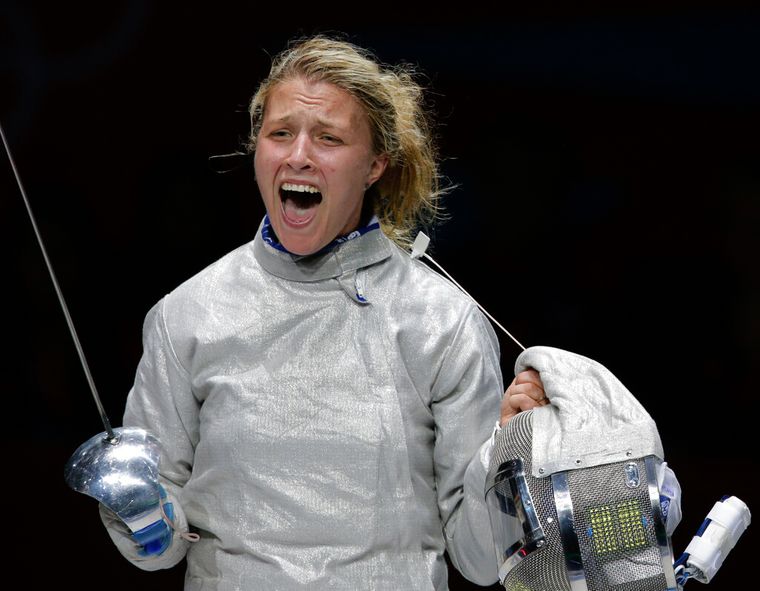 Kharlan became a three-time world champion in sabre fencing, but at the Olympics, in the individual competition, she only managed a bronze in 2016. It's time to rectify this injustice, the Ukrainian made a huge contribution to the team's gold back in Beijing in 2008.

This time, the team failed to qualify for the team Olympic tournament, and, perhaps, this is exactly what will help Olga to focus on individual performance. 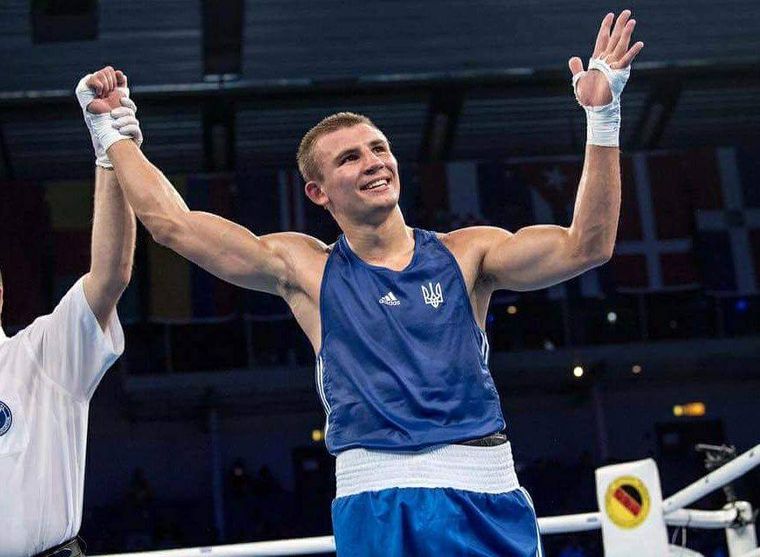 Aspiring descendant of Olympic glory of Volodymyr Klychko, Oleksandr Usyk and Vasyl Lomachenko, Khizhnyak is a strong favorite among boxers in the category up to 75 kilograms, he has stubbornly refused to go to the pros for several years, but will definitely go there after the games. Hopefully, as an Olympic champion. Anything else for the world and European champion will be not good enough. If only he could count on fair judges.

Of course, on top of those 12, many other Ukrainians may bring medals home too. Georgii Zantaraia (judo), Oksana Livach (freestyle wrestling), Ihor Radivilov (gymnastics), Anzhelika Terliuha (karate), Pavlo Tymoshenko (pentathlon), Yana Belomonina (mountain bike), Elina Svitolina (tennis) and the artistic swimming team all stand a good chance to do so.

However, Ukrainians will be happy with all medals our athletes win, no matter how predictable they were.

The Invictus Games for Wounded Soldiers: Inside Ukraine’s Victory
1815

FIFA Scandal Will Not Lead To Unilateral Boycott – Sports Journalist