In the Zaporizhzhia Oblast, the occupiers began to sew uniforms of the Armed Forces of Ukraine, and the Ministry of Foreign Affairs has responded to Pope Francis' statements that the Russian invasion could have been provoked by NATO. Here is what you may have missed from the night of May 4.

The occupiers sew the uniform of the Armed Forces

In the town of Tokmak in the Zaporizhzhia Oblast, the occupiers began to sew uniforms of the Ukrainian Armed Forces to dress up their military. The Operational Command "South" does not rule out that the enemy will use such disguised units for provocations in order to discredit the Ukrainian military in the occupied territories.

At the same time, on May 3, Ukrainian mobile anti-tank groups secured control over four settlements near the administrative border of Mykolayiv and Kherson oblasts in southern Ukraine.

The shelling of Kharkiv

On May 3, the occupiers fired on Gorky Park and the Dynamo Stadium in the eastern Ukrainian city of Kharkiv. The scene was inspected by investigators of the regional police together with employees of the SBU department in Kharkiv Oblast, prosecutors of the local prosecutor's office and explosives specialists. 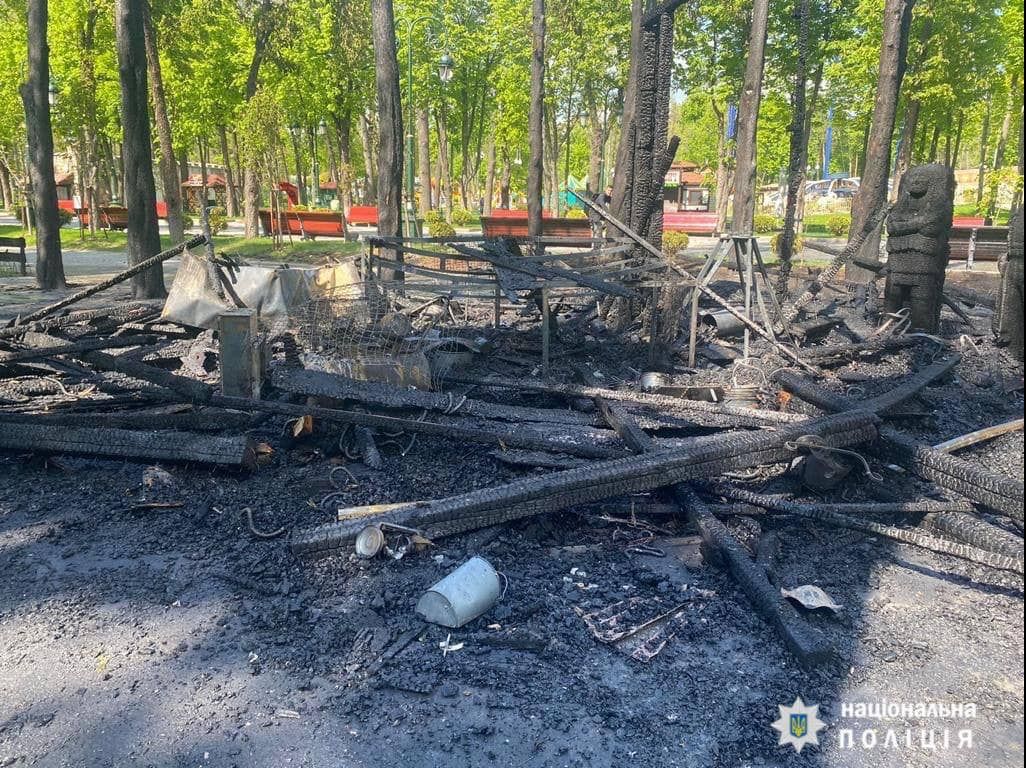 "No" to Russian oil within six months

The sixth package of EU sanctions, devised by the European Commission, provides for the cessation of purchases of Russian crude oil within six months and the cessation of imports of petroleum products from Russia by the end of 2022. The package may be adopted as early as this week.

However, Hungary and Slovakia will be given 20 months to gradually reduce Russian imports. Sanctions also provide for the disconnection from SWIFT of three more Russian banks, including the largest in Russia — Sberbank.

The shelling of Kherson Oblast

As a result of the Russian Grad systems shelling the village of Zahradivka in the liberated part of the Kherson Oblast, one civilian was killed and three other civilians were injured.

During the enemy's shelling of the liberated part of the Vysokopolska community, one of the shells hit a residential building, as a result of which a mother and her five-year-old daughter were seriously injured. According to local governor Oleksandr Vilkul, the child's condition was critical, but the wounded were taken to a hospital in Kryvyi Rih and underwent surgery.

Today, May 4, with the support of the UN and the Red Cross, several locations are planned  where people can join the evacuation column, which will leave the besieged city of Mariupol:

Australia has imposed sanctions on another 110 people, including 34 pro-Russian militants from the "L/DPR" and 76 members of the Russian State Duma, some of whom voted to recognize quasi-entities in eastern Ukraine as independent states, most of whom later voted to ratify a co-operation agreement with these breakaway statelets.

Answer to the Pope

The Ministry of Foreign Affairs of Ukraine thanked Pope Francis for his efforts to establish peace, but rejected his claims that the Russian invasion could have been provoked by NATO.

"We appreciate that Ukraine remains in the spotlight. We are grateful for the efforts of the Pope of Rome to establish a just peace and stop the war, which was in no way provoked by Ukraine, NATO or any other third party. Both for the pontiff and for the whole world, it has now become quite obvious that neither Russia nor Putin personally is determined to stop the bloodshed on Ukrainian soil," the foreign ministry spokesman Oleg Nikolenko said in a statement.

According to Nikolenko, the Roman pontiff stated that Moscow ignored all calls by the Vatican to end the war. Instead, Ukraine reaffirms its commitment to dialogue and renews its invitation to the Pope to visit Kyiv.

The occupiers are collecting passport data

In some temporarily occupied settlements of the Zaporizhzhia Oblast, the Russian military is collecting local passport data. Thus, the occupiers state that pensioners in the village of Mykhailivka need to provide data to receive their pensions, while residents of Vasylivka are told it is a requirement for pre-registration for humanitarian aid.

"How the collected data will be used is actually unknown," the Zaporizhzhia regional authorities said.

The command of the Air Force of the Ukrainian army reported that the Russian strategic bombers Tu-95 or Tu-160 launched missile strikes from the Caspian region.

On the evening of May 3, Russian troops fired approximately 18 missiles, which hit the infrastructure of Dnipropetrovsk, Kirovohrad, Lviv, Vinnytsia, Kyiv and Zakarpattia oblasts. Missile strikes were also recorded on Odesa and Donetsk oblasts from other means.

According to preliminary data, during the day the air defense of the Air Force and the Land Forces shot down at least eight cruise missiles, although the number is not final. Destruction of seven drones and one aircraft missile were also reported.

The occupiers hunting for saboteurs

After a railway bridge near Yakymivka in the Zaporizhzhia Oblast exploded, the occupiers started looking for saboteurs. In Melitopol, searches were conducted in the shops of the upper site of the motor plant. The invaders visit every house in the nearby villages: Anti-Terrorist Operation and Joint Forces Operation participants are being searched. The occupiers have already interrogated more than 40 people in the Yakymivka community, the Zaporizhzhia Oblast Military Administration said.