Will Ukraine Get Its Own Unified Orthodox Church?
14087

Performance by the Dakh Daughters Theater and Music Group at the GogolFest Festival opening at the City Garden in Mariupol, Donetsk Region, April 27, 2018 Anastasia Vlasova / hromadske

Go_A won the Ukrainian National Contest for Eurovision-2020, which has, however, now been postponed until 2021. In recent years, more and more artists who use folklore and ethnic motifs have been heard in this competition.

Hromadske looked into how ethno music became “the thing”, whether such music is popular globally and what other Ukrainian names exist in the genre.

How did it all begin?

Folk motifs on the Ukrainian stage were used even before the 1990s. In Soviet times, folk music also existed, but only in the form allowed by the Soviet authorities.

Ethno was rethought in the 1990s with the advent of the Ukrainian scene. It was combined with electronic and rock music. The Chervona Ruta Festival played a big role as a platform for such experiments. 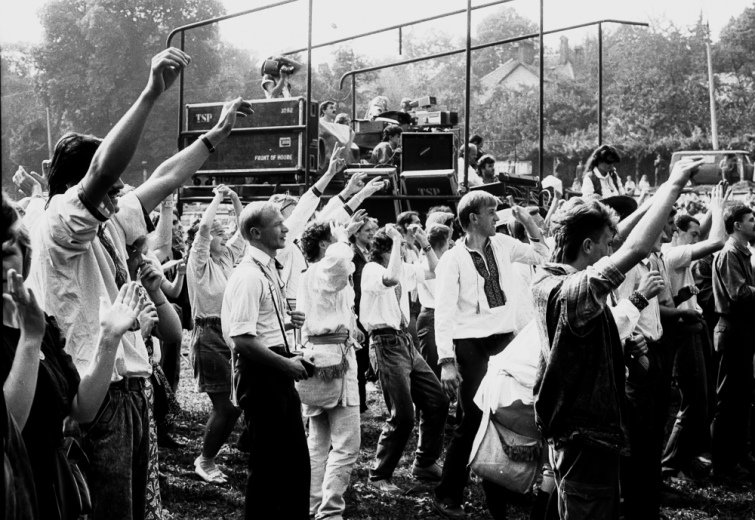 In 1997, the Vopli Vidopliassova band released the folk-rock album Zakustika, in which they tried to remake Ukrainian folk songs. Thus they set the trend for other artists.

Then, a new generation of performers appeared in the “noughties” wave of patriotic uplift, which appealed to folk motifs. Groups using folklore motifs in their work, such as Tin Sontsia ("Shadow of the Sun"), Tartak, Los Colorados, took to the stage.

Why is it trendy now?

In recent years, folk music has been increasingly intertwined with "new wave" performers. By mixing folk with electronic music, rap, and other new and old genres, folk – or ethno – is taking on new forms that young people engage with by buying tickets to concerts.

By modernizing folk music, performers are making it truly popular and fashionable again. As a result, Go_A won the national selection to represent Ukraine at Eurovision, while the ethno-chaos group DakhaBrakha won the prestigious Shevchenko National Prize for their album.

Representatives of the new Ukrainian scene use folk motifs in different ways. Some do this barely noticeably, such as KAZKA band, others are more “in your face” with folk vocals and a pipe – like Go_A.

“There is a big difference in how these motifs are used. You can do it 'head-on' by simply adjusting pop music to folk dances, as Mykhailo Poplavsky does. You can invent new, completely unique and powerful music based on folk – like DakhaBrakha. Alternatively, you can mix genres to satisfy and not scare off different music fans, as Go_A does. Each genre has its own audience,” Oleksiy Bondarenko, founder of the LiRoom blog about new Ukrainian music, told hromadske.

Is it popular in the world?

People do like it. According to Bondarenko, almost every country has pop music featuring folk in different ways. This can be explained by the fact that folk art surrounds people from childhood and therefore attracts a listener’s attention.

“The genre of 'world music' is ethno and folk’s territory in the world (the most striking examples in Ukraine being DakhaBrakha and the Hudaky Village Band). It has many fans, superstars and festivals around the world. But the music still remains a niche thing,” the expert says.

What else should you listen to?

In 2013, Nataliia Zhyzhchenko and Yevhen Filatov’s electro-folk project Onuka appeared. On stage, the band uses the bandura, boogie, dribble, cymbals and even trembitas (alpine horn made of wood) in addition to drums and synthesizers.

But DakhaBrakha is looking for new folk music by mixing it with soul, blues and hip-hop.

The band has been active in Europe and the U.S., performing on numerous Western radio stations. The song “Sho z-pod duba” is the soundtrack to the American series “Fargo” and David Beckham's “House 99” brand.

Alina Pash is now actively exploring the electro-hip-hop genre. In 2019, she released her debut album, Pintea, the first part of which, under the name “Gory” (‘Mountains’), is entirely ethno-styled.

Folk band Motanka has gained popularity over the last few years. Debut, and until now the only, eponymous album was released in 2019 on the famous Austrian label Napalm Records.

Rock band Karna revived its career in 2013 by making a return in ethno-rock genre. They have been actively touring ever since. 2017 saw the release of their album “Hutsul Metal”.

Eurovision Music
More on this topic
2602

Friends in Need: Muslims and Jews in Crimea | Beyond East and West
4066
Ukraine