Ukraine may get fighters and tanks from Slovakia
Editors' Choice
22759

A Hello to Arms: Is There a Black Market for Guns in Ukraine?
14022

Our editorial staff works around the clock from different parts of the country, so that you know what is really happening. If what we are doing is important to you and you have already donated to the Armed Forces of Ukraine, you can support our information troops.

On May 16, the evacuation started for the soldiers of the Azov Regiment, border guards, policemen and marines: they were taken from Azovstal to the temporarily occupied territory. According to Zelensky, 2.5 thousand soldiers are now held captive by the invaders.

The Ukrainian authorities initially stated that they would be exchanged. At the same time, the Russian side notes that the Ukrainian military can be released only after the trial. The leaders of the temporarily occupied territories even declare an international tribunal and the death penalty for Ukrainian defenders.

Here is what we know about these 25 days of captivity of the defenders of Mariupol and where they are now.

Exhausted, but smiling. With his arm bandaged and immobilized by a metal sling. On May 10, the Azov Regiment published the photo of Marine Mykhailo from the Ternopil region, by Dmytro Kozatsky. It was thanks to the photo that Aliona found out that her brother was alive, but injured. Later, at the end of the month, she saw a video in which the convoy leads Mykhailo from Azovstal.

“At least we saw him walking on his own feet in this short video. Although the metal device on his arm was still on him, so he is considered a seriously wounded prisoner. That’s all the information about my brother. No one is in contact with us. I only talk to “Volhyna”’s sister, who doesn’t know anything either. I’m not sure it’s the way it should be”, she says.

Most of the relatives of the military who defended Azovstal have the same problem. Only a few people heard the voice of their relatives.

Evhen Sukharnikov, the father of an Azov soldier with the call sign “Reporter”, hasn’t received any information about his son for a long time — he did not even find the son in those short videos that were published by the Russians.

“A representative of the Red Cross called the son’s wife, our daughter-in-law. They didn’t tell her anything about her husband. They only said that they were checking phone contacts, and that they were calling to find out if this contact was valid. We also know from the media that the Main Intelligence Directorate of Ukraine deals with the issue of the release of our relatives”, says Evhen.

Anastasia, the fiancee of another Azov fighter, an officer, also says that she doesn’t know anything about her boyfriend. Before his captivity, she learned that he had a serious leg wound. His first operation was performed in a hospital at Azovstal.

“Even with such an injury, he continued to work. He walked on crutches and couldn’t stand on his leg. He needed to have another operation, but then it was no longer possible. The hospital was bombed and there were no supplies of medicines left”, Anastasia told hromadske in early May. 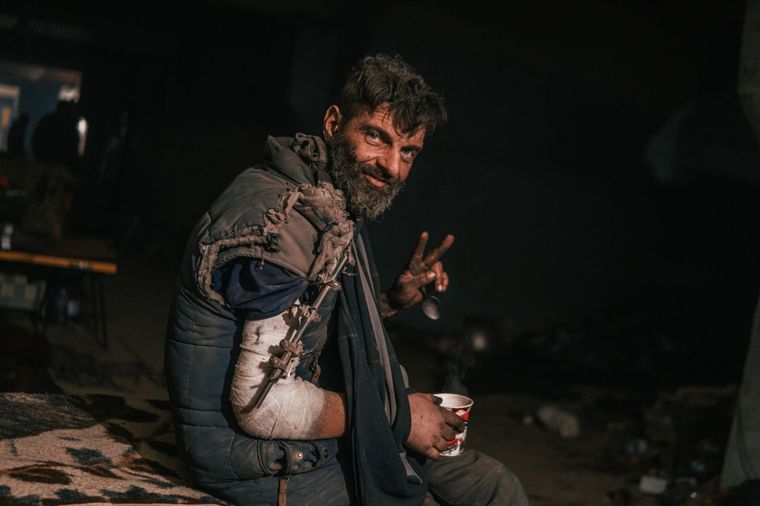 “There are very few medicines, clothing and even toothbrushes”

Tamara Protsenko, the girlfriend of Azov serviceman Oleksandr Kalashnyk, last spoke with the boyfriend on May 18, when he was being evacuated from the plant.

“He said that everything was fine, as always. I haven’t heard anything about him since. But some of the relatives received calls from our military, all of them said that they were in Olenivka. There is little food and water there. Minimum standards of hygiene are not observed, because there are many people in the cell. There are very few medicines, clothing and even toothbrushes”, she says.

Tamara has joined efforts with the relatives of other prisoners of war: they are working to ensure that the Red Cross and other international organizations act as a third party and deliver medicines, clothing and hygiene products to the colony: “So far, this third party hasn’t been there. Although they declare that they are”.

Kateryna Prokopenko, the wife of the commander of the Azov Regiment Denys Prokopenko, tells about the same problems. Recently, she spoke to her husband on the phone. She did not get to hear from him personally about the conditions of his stay in the colony, but she had learned earlier that there is a lack of food and water there.

“At the moment, I don’t understand if there is a third party there. We don’t have a report from them, there is no photo or video recording from a third party, and we don’t know what the actual conditions are. We only have photos and videos of the Russian side. From these videos, we can understand that only the Russian side is present there. And we need a third, independent party that will show the actual conditions.” 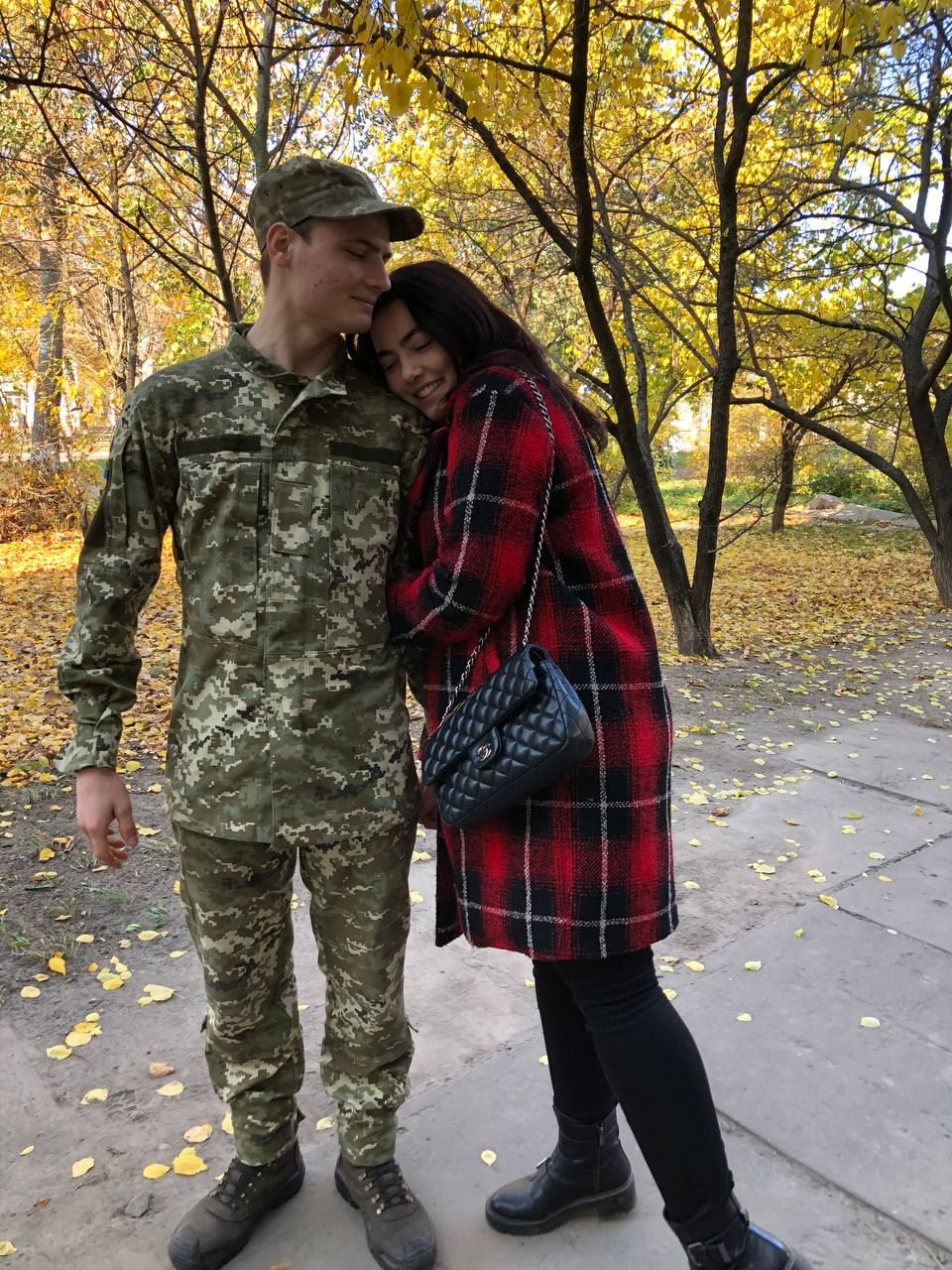 Tetiana Katrychenko, coordinator of the Media Initiative for Human Rights, says: according to the testimony of people who were held in Olenivka, the pre-trial detention center is really overcrowded there.

“According to our information, the colony in Olenivka was vacated last year. All the people from there were transferred to other colonies. This pre-trial detention center has the capacity of around a thousand places. And according to the testimony of military and civilians who were detained before the evacuation from Azovstal, there may be 12-17 people in a two-person cell. In such conditions, they have to take turns sleeping and there is no place to sit at all.”

It is impossible to say for sure whether all the military are still there. Russian media reported that some of the Ukrainian defenders were taken to Taganrog and Rostov-on-Don.

Tetiana Katrychenko also comes to a concluion that they could have been transported to other colonies in the occupied territories or to Russia.

“First, the Marines, who have been held captive since April, were also held in a pre-trial detention center in Olenivka, and then they were taken to the territory of the Russian Federation. Some of them were held in Crimea. So, some military personnel from Azovstal may be in Olenivka, but we cannot rule out that some were taken to the territory of russia or to the Crimea. Because the russians have done this before. Our military could return from captivity from the territory of the russian federation: from the Belgorod, Bryansk, Kursk, Rostov regions”, says the expert.

According to the evidence provided by the Media Initiative for Human Rights, the colonies in the occupied territories of the “DPR” and “LPR” may have unacceptable conditions of detention: mold, moisture, lack of light and heat, bedbugs in the cells.

“We also interviewed a civilian who was held captive in a pre-trial detention center in Donetsk, and then in a penal colony in Olenivka. He testified that military personnel were treated worse than civilians. They were tortured and electrocuted.

Some servicemen who came out of captivity say that they were not physically bullied, but there were terrible conditions of detention and psychological pressure.”

“In the 'DPR', unlike in Russia, there is the death penalty. We can’t predict whether they will dare to apply it”

According to international law, military personnel who left Azovstal and are now being detained by Russia have the status of prisoners of war.

“If the Armed Forces of one side are under the power of the other, then, according to the third Geneva Convention, they are considered prisoners of war”,  explains Andriy Yakovlev, lawyer of the Regional Center for Human Rights.

This means, in particular, that they should be held in conditions not worse than those of Russian prisoners of war in Ukraine. Camps for them started operating  in the country from March. The state spends up to three thousand hryvnias monthly for each prisoner. A special camp was established in the west of Ukraine for prisoners of war who will not be exchanged in the near future.

The presence of Ukrainian prisoners of war on the territory of the so-called “DPR” can be potentially dangerous for them, says Evhen Krapyvin, an expert at the Center for Political and Legal Reforms.

“International law states that prisoners of war should be as far away from the war zone as possible, so that they are not in danger. Fighting is currently underway on the territory of the “DPR”, and when there is a counteroffensive of Ukrainian troops, it will be even more difficult there. In addition, in the “legislation” of the DPR, unlike in Russia, there is the death penalty. We can’t predict whether they will dare to apply it.” 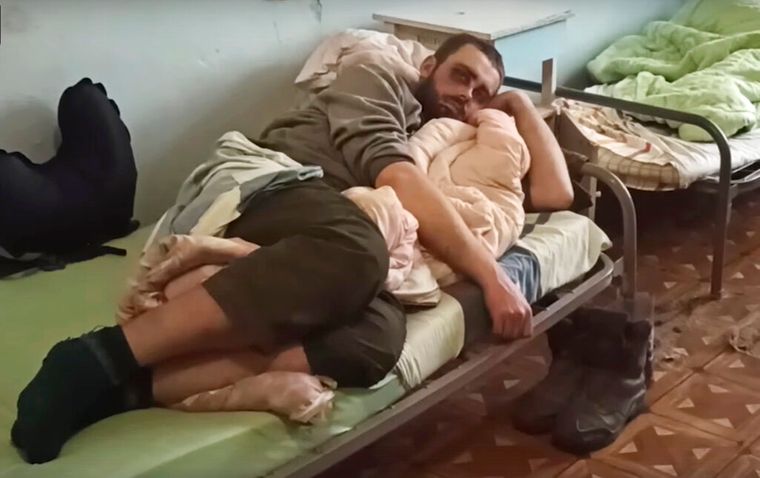 A wounded Ukrainian soldier from Azovstal in hospital in Novoazovsk, occupied part of Donetsk region, May 18, 2022

“It is illegal to convict our military for fighting back”

On May 25, Russian deputy foreign minister Andrey Rudenko stated that the Russian Federation plans to hold a trial and render a sentence on the Ukrainian military who defended Azovstal.

“From the point of view of international law, the status of a prisoner of war prohibits any reprisal. If combatants participated in the war, but did not commit any war crimes, that is, they did not violate the laws and customs of war, then they cannot be held responsible for this. This is called the combatant immunity or privilege. They cannot be interrogated, only detained until the moment of exchange or the end of the war and subsequent repatriation”, explains Evhen Krapyvin.

If the military violates the norms of international humanitarian law, the laws and customs of war — then we can talk about conviction for war crimes.

“Shyshymarin was convicted not for taking part in military operations on the territory of Ukraine, but for killing a civilian — this is a violation of humanitarian law. It is illegal to condemn our military for fighting back”, says Andriy Yakovlev.

However, the Russians have long begun to prepare a database of “evidence” against the Azov fighters. They conduct interrogations of Ukrainians who are being filtered, or try to leave the occupied territory. People are asked if they know the Azov fighters, if they have seen them “commiting crimes” in their city. Citizens are often forced to sign documents with fabricated information under pressure. hromadske journalists have repeatedly documented this in people’s accounts.

“No one knows what will happen next”

On May 26, the Supreme Court of Russia was to consider the case of recognizing the Azov Regiment as a terrorist organization and banning its activities on the territory of the Russian Federation. Later, the case was postponed to June 29.

“Russians don’t take into account international law, the status of prisoners of war, and believe by default that our servicemen are neo-nazis, that they committed crimes against the civilian population. The Investigative Committee of the Russian Federation wants to make this story as public as possible. They try to equate them with war criminals, and at the same time not to name what crimes they committed and how this can be confirmed”, says Evhen Krapyvin.

“As soon as they add the Azov Regiment to the list of terrorist organizations, they will not need to prove what a particular fighter did. It will be enough to be a member of the Regiment”, says Andriy Yakovlev.

However, it is virtually impossible to predict how will events unfold and what can Russia really resort to.

“But in fact, there is a third Geneva Convention regarding the status of prisoners of war, and there is no mention of an exchange in it. It states that prisoners of war can be repatriated. The way it can happen, the formula for it, the number of people that can be exchanged from both sides and the stage of the war it can happen at — all of this will be defined by purely political agreements.”