A Hello to Arms: Is There a Black Market for Guns in Ukraine?
8864

Civilians of the village of Novovorontsovka Photo: Oleksandr Ferens / hromadske 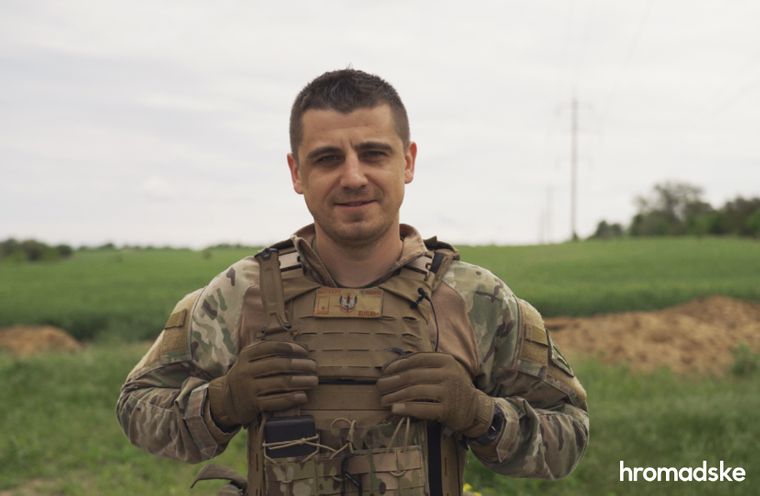 "Hiding in a corner of the cookhouse when shelling began"

At the entrance to the village we hear an explosion. "A neighboring village was struck," explained the soldiers accompanying us. Such explosions will be heard throughout our stay in Novovorontsovka. You have to work fast, constantly squatting against the walls whenever the sounds of artillery get louder.

We approach a house damaged by shells: broken windows, broken bricks and a broken fence. An elderly woman meets us in the yard. The military hands her a bag of groceries. The old lady shows her hands — they are swollen and red from burns. "I tried to turn on the stove, and when it caught fire, it burned my hands," she explains.

Valentyna, 82, lives alone. Her husband died 20 years ago, and it's been a decade since her son passed away. The daughter-in-law and grandchildren live in Kyiv and Kryvyi Rih. The woman shows the consequences of the shelling. All the windows in the house are broken, the wind blows between the rooms and swallows fly. The walls are wet from the rain as there is no roof. Valentyna does not know how her house will survive the winter. "I was hiding in a corner of the cookhouse when the shelling started and struck my house. I covered her face with a blanket and sat down. In the morning I came to the house and saw what they had done to it," the resident complains. At least, the cookhouse survived. Now the woman lives in there.

"We can already tell how close it is"

Before the full-scale war, about 7,000 people lived here. Now two thirds have left. We meet Tetiana and Mykhailo on the street. They also went to Kryvyi Rih, but returned home a week later. "We go to another part of the village to spend the night, and in the afternoon we return to our house to check on it and take some things. We already distinguish: if it is very close, we run to the basement, and if it is somewhere far away, we just weed the garden," Tetiana explains. Asked if they were afraid to stay here, the couple smiled: "Of course, it's scary, but we are expecting a victory day by day."

At this moment, the serviceman who accompanies us approaches, saying that it is time to move on. Tetiana recognizes him and bursts into tears. She explains: at the beginning of the all-out war, she brought Ukrainian soldiers food and befriended them. One of them did not get in touch for a long time — and now she saw him. The woman hugs the soldier and asks to take care of himself.

Ukrainian fighters entered Novovorontsovka without losses, and in Osokorivka, a neighboring village, surrounded the occupiers and captured their officer. The Russian military simply did not expect an offensive by the Armed Forces here, explains the commander of the 98th Battalion, Serhiy Shatalov. "Glory to our guys at Azovstal, who stood and took on a powerful grouping of troops, because there were some 'tramps'. That's what I call those from the so-called 'L/DPR'. They were poorly provided for."

When Ukrainian fighters entered the village, it looked dead: "Later we realized that there were people here. They were kept in basements, in special gathering places, because they (Russian military - ed.) were trying to separate patriotic people from others."

Serhiy says that there is a real apocalypse in the occupied territories: "Unfortunately, we will dig up more than one Bucha there when we move on. My personnel  and I are ready to stand to the last soldier to liberate the Kherson Oblast. We will attack and kill them by any available means."

Volodymyr, a resident of the neighboring village of Osokorivka
Photo: Oleksandr Ferens / hromadske

"Come after we liberate Crimea"

Serhiy's battalion evacuated 400 people from the shelling. They also helped residents of neighboring Osokorivka to leave. Today, only a few families remain, and the village is almost completely destroyed. "My house was bombed on May 9, their Victory Day." And on the night of May 18, it struck so powerfully that there is no roof, no house, nothing," says Volodymyr from Osokorivka. He, like some of his fellow villagers, moved to Novovorontsovka. He left home in a shirt and trousers, taking only documents with him.

Currently, about 40 evacuees from Volodymyr's fellow villagers live in Novovorontsovka. They were housed in a small room where beds were delivered as people kept coming. It is mostly elderly, but there are also women with children. We communicate with people to the buzz of constant explosions. They do not pay attention to them at all.

"Come to us again, but as soon as we liberate the Crimea. Then we will talk for hours," Volodymyr invites us.

"We will definitely come."

"Take care of yourselves," the elderly women shout as we depart. Their words are interrupted by much louder explosions.