Rada adopts law on Common Transit Conventions with EU. What this means for Ukraine
2665

Under the rubble of a residential building in the town of Chasiv Yar in Donetsk Oblast, which the Russians hit with missiles on July 9, the bodies of 46 dead people were found. Rescue operations are ongoing, reported the State Emergency Service.

At night, the body of one more dead person was pulled out from under the rubble, so the number of victims increased to 46. Among the dead, there is one 9-year-old child. Nine people were rescued from the rubble. 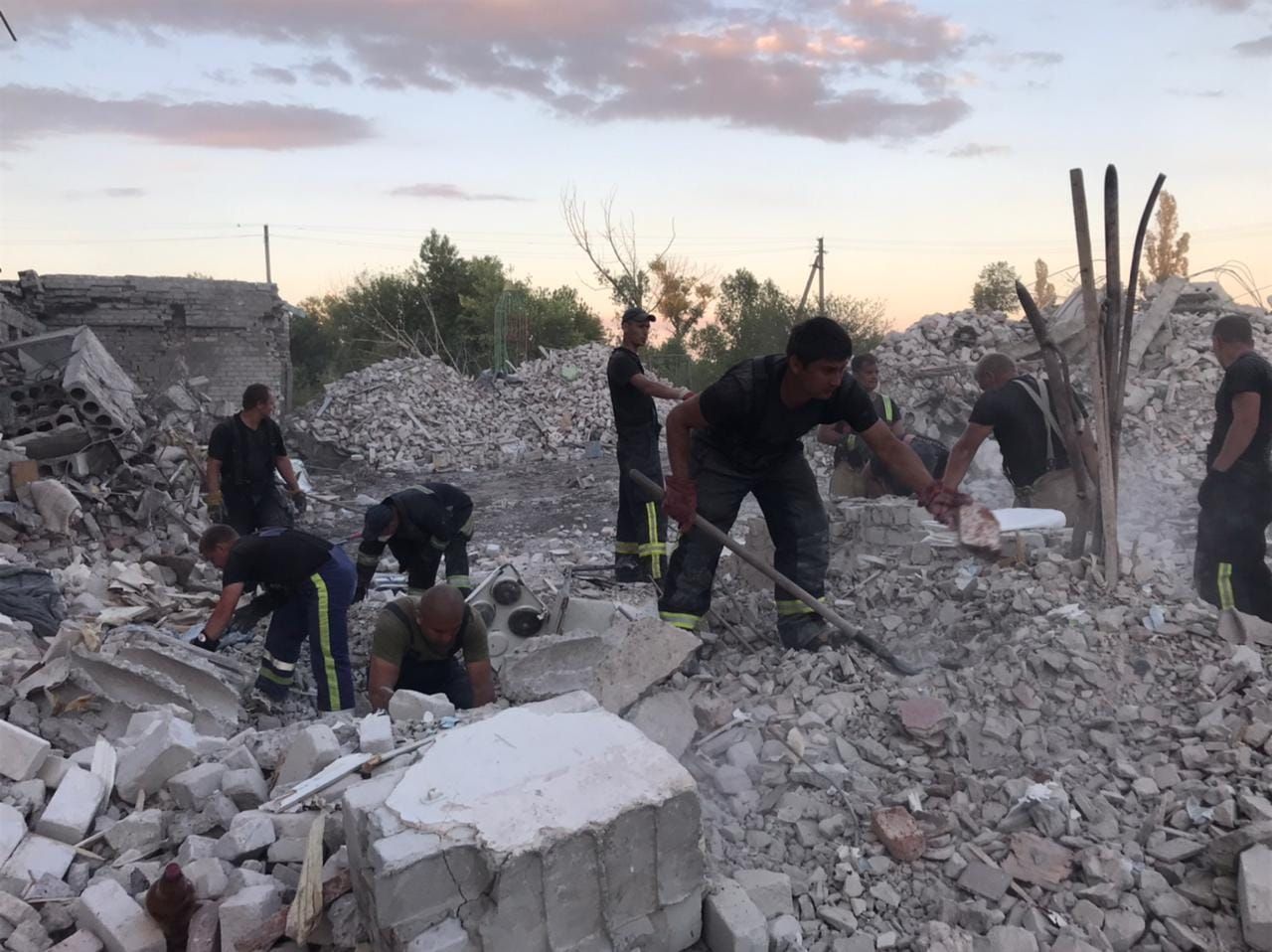 Dismantling the rubble of a building after being hit by Russian missiles, Chasiv Yar, July 13, 2022
Photo: SES

Rescuers have already dismantled more than 465 tons of destroyed elements of the building, the work is ongoing.

56 people and 8 units of equipment, two truck cranes and two loaders from local authorities have been involved from the State Emergency Service, one ambulance is on duty at the site.

The Russian forces fired at a high-rise apartment building with Uragan multiple rocket launcher on the evening of July 9. Two entry sections of the building were completely destroyed.

The Russian Ministry of Defense admitted that their troops shelled Chasiv Yar, but they claim that they destroyed not a civilian facility, but a deployment point of a territorial defense brigade, as a result of which "more than 300 nationalists" died.

It is a common practice for the Russian Federation to deny the shelling of civilian facilities or to shift responsibility to the Ukrainian military, as, for example, was the case after the shelling of the railway station in Kramatorsk.

The situation in Donetsk Oblast

Regional governor Pavlo Kyrylenko reported on July 1 that approximately 45% of Donetsk Oblast is under Ukrainian control, but these territories are constantly shelled by the Russian troops. According to his calculations, approximately 340,000 civilians remain in the free territory of the region.

Four civilians were killed in the oblast on July 12, eight more were injured. The occupiers shelled Avdiyivka, Krasnohorivka, Toretsk, and Bakhmut. On the morning of July 13, rockets were fired at Kostyantynivka, Kramatorsk, and New York. Residential buildings and infrastructure were destroyed, and civilians were injured.