“I’m the Change”: What It’s Like to Be Feminist in Moldova, Armenia, Ukraine, and Russia
23054

Since the beginning of the large-scale invasion, the Russians have damaged 817 and completely destroyed 122 health facilities. According to official figures, 14 medical workers were killed, and 48 were injured. 469 health facilities are now in the occupied territory. Russians continue to destroy medical infrastructure, deprive people of access to treatment, and steal equipment out of hospitals.

This article covers the situation with medicines and medical institutions in the occupied territories.

“They sell medicines at the market”

In May, Olha (name changed for security reasons) gave birth in the temporarily occupied Kherson. A few weeks before giving birth, she visited the doctor for a checkup. He said there was a shortage of medicines in the hospital — no painkillers for the labor. Olha started the search for the necessary medication herself.

“I asked my followers on Instagram and found some volunteers who agreed to bring me medicines from Odesa. Fortunately, they arrived fast. If you ask volunteers to bring something, you can’t be sure when they will be able to deliver it because they will have to cross the front line,” says Olha.

The journey can take several days and sometimes even weeks. Volunteers have to wait in a field and pass Russian checkpoints. “They can detain you or even shoot you. The lucky ones will get through. A few weeks ago, I ordered medicines for my mother from Odesa, and we are still waiting,” says Olha.

In March, when the Russians occupied Kherson, the situation with medicines was critical. Over time, people worked out the process — volunteers began to bring medicines, but they were not enough, says Olha. In recent months, Russians have been bringing medicines from occupied Crimea. “We sell medicines at the open-air market. People go to Crimea, buy and bring them here. They sell from the car, there are beer, diapers, cucumbers, and medicines in the same car. You don’t know if the medicines are good or how they were stored,” says Olha.

Kherson now resembles a post-Soviet country of the early 1990s, says Petro Kobernyk, a Kherson journalist at the Centre for Investigative Journalism who left the occupied territory. People sell and buy everything from socks to medicines on the streets. As of mid-May, about 80% of pharmacies and hospitals in the Kherson region were closed, the journalist says. “For 4 months, the Kherson region has been living in a state of a permanent humanitarian catastrophe. We can roughly calculate the number of people who have been killed by the Russians, but we can’t calculate the number of those who died from a lack of medicines or lack of medical care in the Kherson region. The mobile connection has been blocked in the region for more than a month, and people can’t even call an ambulance. There was a case when a Russian armored personnel carrier ran over a car in the center of Kherson, and a young man died because people could not call an ambulance as there was no mobile connection”.

Mariia (name changed for security reasons), a doctor from a small town in Kherson Oblast, continues to work at her hospital, despite the occupation. She also notes that the biggest problem is the shortage of medicines. In March, for example, there was a critical shortage of insulin. People had to reduce the dose.

“We were buying medicines through volunteers, but there were cases when the person had already died by the time we received the medicines. We started sharing medicines between institutions. But the biggest problem is timing — we need medicines now, but we get them in 1.5-2 months. Patients come to us asking: “Where can I get the medicines?” the doctor says. 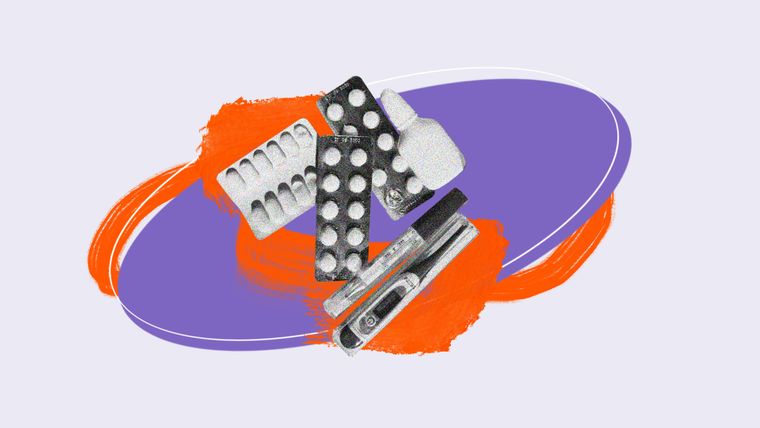 Enerhodar and Dniprorudne in Zaporizhzhia Oblast

Since March, Enerhodar and Dniprorudne in Zaporizhzhia Oblast have been under the occupation of the Russian military. Iryna (name changed for security reasons) lives in Enerhodar. She says that the prices for medicines in pharmacies have gone up significantly. Before the occupation, she could buy an ordinary foot ointment for 90 hryvnias ($2,5, ed.), and now it costs more than 350 hryvnias (approx. $10, ed.).

“Some medicines have gone up in price not two or three, but five-fold. There are enough common medicines in pharmacies, but you can’t find those sold only with a prescription. My grandmother has Parkinson’s disease and needs to take a certain medicine every day, but it was not available in pharmacies. She was without pills for a month, she was feeling really bad,” says Iryna.

Volunteers saved the grandmother. They gave enough medicines for three months free of charge. Medical institutions in the town are working, but Iryna’s relative died on the floor in the hospital because he didn’t get medical care in time, says Iryna.

“They were kicking the doors in and shouting: “Get us a doctor now!”

“Pharmacies were closed almost from the very beginning of the occupation because there were no supplies,” says Yuliia (name changed for security reasons, who worked as a doctor in Dniprorudne. On June 29, the woman left the occupied territory.

Later, medicines from Crimea were imported to Dniprorudne with a five-fold mark-up. A shortage of medicines also appeared in the medical institution where Yuliia worked. The medicines that they received as humanitarian aid saved them.

“People continue to get sick, so sooner or later, we run out of all the supplies. In addition, the occupiers also started coming to our hospital. They were very arrogant. They would kick the doors in, holding a gun and shouting: “Get us a doctor now!” I was really scared when they would come in,” says Yuliia.

Yuliia says that most of the doctors remain in Dniprorudne. Several of her colleagues left. To replenish the supply of medicines, they have to set up logistics and exchange medicines with institutions in neighboring Enerhodar and Vasylivka.

“The occupiers took surgical equipment to their hospital”

Since the beginning of the large-scale war, Volnovakha has been under constant fire from the Russian military. In March, the occupiers took over the whole town, took control of the Central District Hospital, and fired all the staff, says Petro (name changed for security reasons), a doctor from Volnovakha who left the occupied territory.

“The hospital suffered significant damage, some buildings were completely destroyed, although in February we made repairs there, we built an additional room and purchased a new tomograph to put it there,” says Petro.

Now, according to the doctor, the institution provides only outpatient treatment, and people go to occupied Donetsk for elective surgeries, childbirth, or inpatient treatment. The occupiers took some of the surgical equipment that was in the Volnovakha District Hospital to a military hospital, which they set up for themselves.

“With the resources that the hospital currently has, doctors can only provide primary care: examine, change bandages, but no more. The doctors who stayed there are those who, after the liberation by the occupiers in March, expressed a desire to cooperate with the so-called “DPR”, it’s more than half of all the doctors,” says Petro.

“They had severe adverse reactions to Russian medicines”

“My brother has diabetes, we were looking for insulin for him in pharmacies, but there was none. The occupiers said that these were our problems and we should look for it ourselves,” says Olena, a resident of temporarily occupied Berdiansk.

Before the occupation, her brother had been receiving prescription insulin free of charge under the Affordable Medicines Program. Now they are looking for and ordering medicines through the carrier. In fact, in Berdiansk, there are also issues with medicines — sometimes it is even difficult to find Citramon in pharmacies, says Olena. People mostly resell medicines to each other or order them through volunteers who bring medicines from Zaporizhzhia.

Volunteer Nataliya arranges such deliveries from Zaporizhzhia twice a month. Medicines are transferred to children’s hospitals and hospitals for adult patients and the people who order them individually.

“Each time, these are lists for at least 30,000 hryvnias ($820, ed.). In Berdiansk, the occupiers supply Russian medicines to pharmacies, but people called me several times and asked me to send them medicines because they had severe adverse reactions to the Russian ones,” says Nataliya.

We have to hide expensive medicines among many other humanitarian aid items so that the occupiers do not take them away at checkpoints, says Nataliia. In Berdiansk, Nataliya’s friend Katya makes lists of those who need medicines.

“Recently, the number of requests has increased as people have started to find out about Katya. There are even those who come to Berdiansk from Mariupol for groceries and order medicines for themselves through Katya,” says Nataliia.

The situation with doctors is rather complicated, the woman says. Many of her friends stayed to work in Berdiansk, but some were not allowed to leave the city by the Russians, because someone has to work there.