Will Ukraine Get Its Own Unified Orthodox Church?
8137

Artillery explosions along the Siverskyi Donets River and the village of Bohorodychne in the Donetsk Oblast Photo: Maxar Technologies 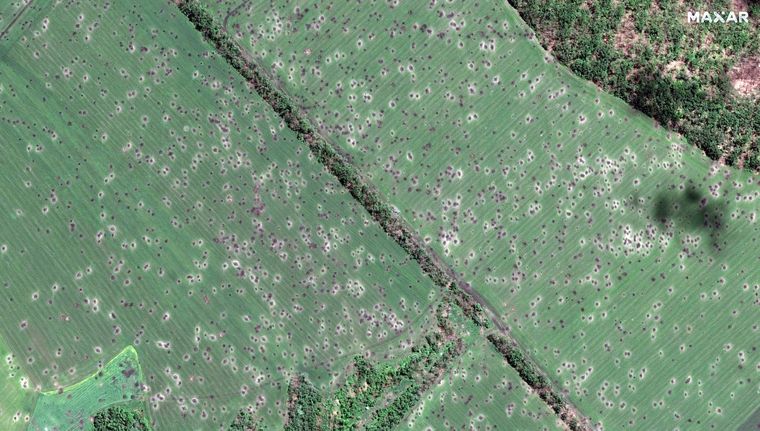 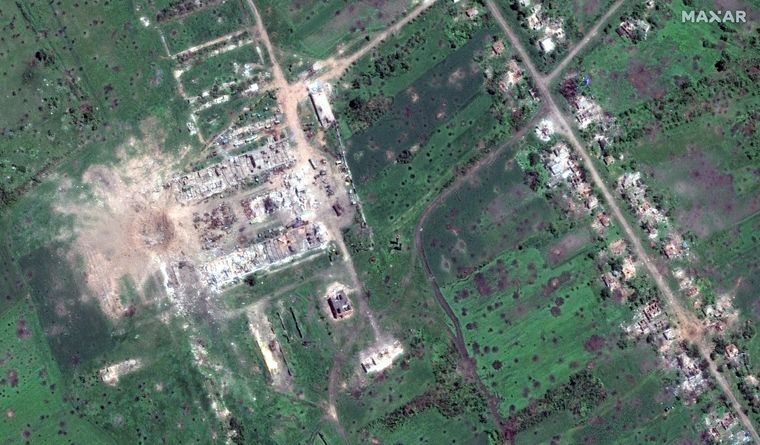 A bomb crater with a diameter of 40 m in the village of Dovhenke in the Kharkiv Oblast
Photo: Maxar Technologies

"This is what the fields in Donetsk and Luhansk oblasts look like today. Maxar Technologies' photos around the world have shown the intensity of hostilities, when the ground is littered with shell craters," commented Andriy Yermak, head of the President's Office. He assured that Ukraine would seek the liberation of all its territories from the occupiers.

What is the situation in Donbas?

Assaults and street fights in Severodonetsk continue in Luhansk Oblast. Over the past 24 hours, the occupiers fired at Zolote-4 and Vrubivka with mortars, artillery and rocket-propelled grenade launchers. 25 houses were destroyed.

Two people were killed and two were injured yesterday. One woman was injured in Lysychansk and hospitalized in Chernivtsi.

In the Donetsk Oblast, the occupiers fired small arms, tanks, artillery, mortars, missiles, Grad MLRS on the towns of Avdiyivka and Kurakhove, the towns of Ocheretyno and New York, as well as the village of Lastochkino. During the day, five civilians were injured and 35 facilities were damaged: 24 private houses, three high-rise buildings, a kindergarten, a school, administrative buildings and industrial buildings. The region remains without gas, partly without electricity and water supply.