The UN Secretary-General arrived in Lviv. He is to meet with Zelensky and Erdogan
2651

“Our Kids”: Crimean Resistance to Political Arrests In Numbers
9036

This year, Ukraine is commemorating the sixth anniversary of the tragic events on the Maidan in the center of Kyiv. Investigations into the events of the Revolution of Dignity are still ongoing, and the courts are still hearing cases of former police officers, high-ranking officials and titushki (government-paid thugs) suspected and accused of beating, torturing, abducting and killing protesters. Let’s recap the high-profile cases.

The case of ex-Berkut officers shooting activists on February 20, 2014

The Sviatoshinskyi court of Kyiv has been hearing the case of deaths of 48 people and injuries to another 80 on Instytutska Street on February 20, 2014 for over three years. Five accused ex-officers of the disbanded Berkut police special squad figure in this case: Serhiy Zinchenko, Pavlo Abroskin, Serhiy Tamtura, Oleksandr Marynchenko and Oleh Yanishevskyi. But 26 former Berkut employees were served a notice of charges, 21 of whom fled to Russia and the occupied Crimea.

In 2019, hearings of witnesses of the defense of former security forces began. In particular, the former and current MPs Serhiy Pashynskyi (testifying from a remand prison when he was held in custody) and Andriy Parubiy, as well as the former head of the Foreign Ministry under Viktor Yanukovych, Leonid Kozhara all testified in court. Also the colleagues of ex-Berkut men who served in the center of Kyiv during the Euromaidan spoke. 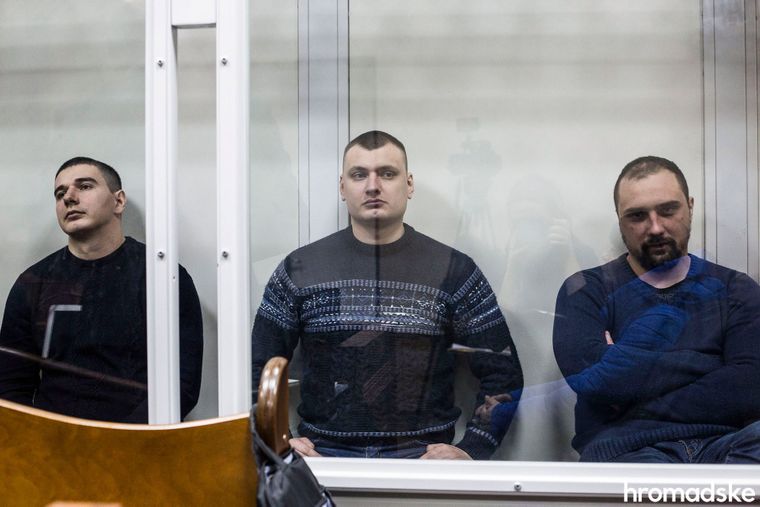 On December 29, the Court of Appeal of Kyiv changed the pre-trial restrictions for all five defendants and released them on personal recognizance. The following day, they were transferred as part of exchange into the occupied territories of Donetsk and Luhansk regions. But in February 2020, two of them -- Tamtura and Marynchenko -- returned to Kyiv and stated through their lawyers that they would continue to take part in the court hearings. Later, one of the defenders of the ex-Berkut officers, Oleksandr Horoshynskyi, said in an interview with hromadske that they would also try to bring the rest of the accused to Kyiv. 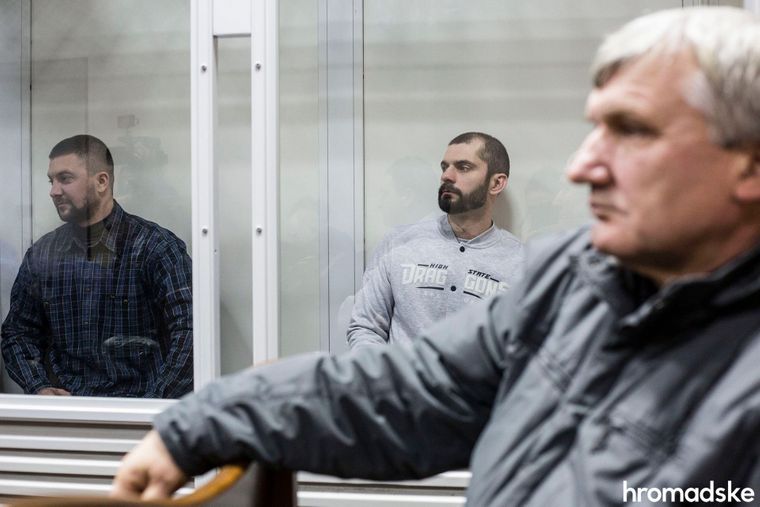 In the case of the beating and torture of Maidan activists Vladyslav Tsilytskyi and Mykhailo Nyskohuz at the Dynamo stadium colonnade in January 2014, three former Kharkiv Berkut employees have been accused: Andriy Khandrykin, Artem Voylokov and Vladyslav Masteha. However, Masteha and Voylokov fled to Russia and received citizenship there. As for the third man, the Dniprovskyi Court of Kyiv has been considering the case for three years.

The Prosecutor General's Office challenged the acquittal in the Kyiv Court of Appeal.

Khandrykin continues to work in the police. 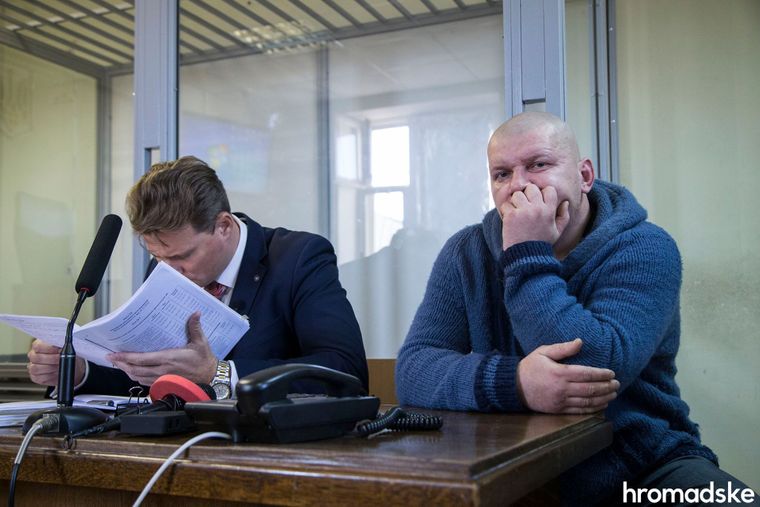 Cases of fighters of the special unit "Omega"

Two fighters of the special unit of the Internal Troops of the Ministry of Internal Affairs of Ukraine "Omega" Dmytro Khmil and Volodymyr Kosenko are suspected of wounding and murdering Maidan activists on February 20, 2014.

Sniper Dmytro Khmil was detained In November 2018. He is suspected in the murder of theater director Dmytro Khrapachenko. In December 2019, Khmil was released from custody under house arrest and subsequently released on personal recognizance, as the law does not allow him to be kept under house arrest for more than 6 months at the pre-trial stage.

Volodymyr Kosenko, another "Omega" fighter, was detained on February 17, 2020. Kosenko is suspected of murdering Oleh Ushnevych and wounding Vitaliy Hukov. According to the investigation, Kosenko, together with the employees of the Berkut special forces, shot people on Instytutska Street on February 20, 2014.

Kosenko's lawyers said that their client's charges were unfounded. On February 19, the Pechersk Court of Kyiv placed the suspect under house arrest. 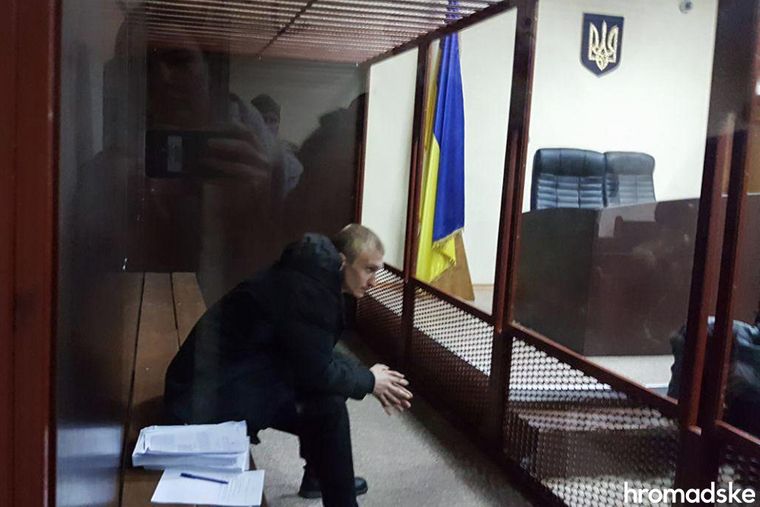 Former officer of the special unit of the Internal Troops of the Ministry of Internal Affairs of Ukraine "Omega" Volodymyr Kosenko in court, February 19, 2020. ​Photo: Tetiana Bezruk / hromadske

The case of the head of Kyiv SBU Oleksandr Shcheholiev

Oleksandr Shcheholiev is accused of organizing the assault on the Maidan on February 18, 2014. In addition, he is charged with killing 10 and injuring 124 Euromaidan participants. It has been over two years since the case of the former SBU head has been in court, and Shcheholiev faces life imprisonment for all the crimes.

In March 2019, the court read the verdict of an SBU official inquiry into how an anti-terrorist operation in the center of Kyiv was being prepared in 2014. It emerged that it was the decision of the head of the Security Service of Kyiv to involve the special unit "Alpha". The conclusion of the examination also states that it was Shcheholiev who gave orders to conduct the forceful phase of the operation. Most of these orders were verbal.

In October, Shcheholiev’s pre-trial restriction was lowered to personal recognizance, and a month later he received back his Ukrainian passport. 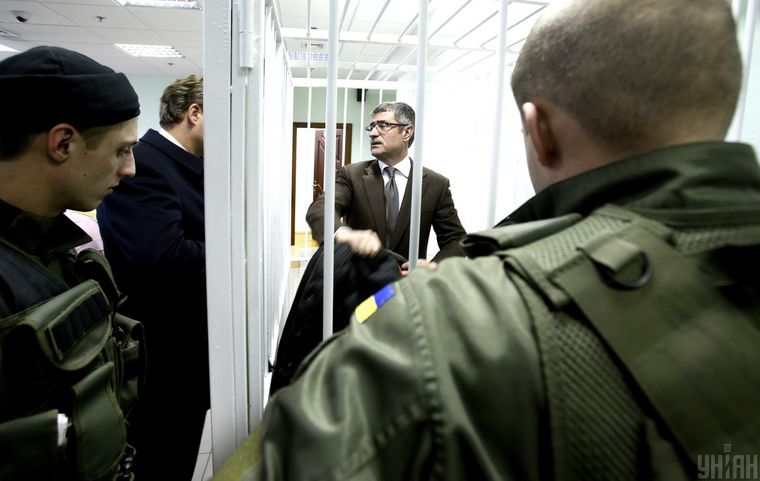 The case of Leonid Bibik

In 2016, the accused was released under the Amnesty Law. The Court of Appeal then remanded the case for review. Following his detention in 2019, the Pechersk Court of Kyiv released Leonid Bibik on personal recognizance. The prosecutor's office asked the court to take Bibik into custody, but Judge Oleh Bilotserkivets did not grant the request.

At present, Leonid Bibik does not have a passport and consideration of the prosecutor's requests to choose a pre-trial restriction are being postponed.

READ MORE: How Have the Investigations Into Crimes Against Euromaidan Participants Progressed?

The murder of journalist Viacheslav Veremii

Journalist Viacheslav Veremii was killed in Kyiv on the night of February 18, 2014. In 2017, Kyiv’s Shevchenkivskyi District Court sentenced Yuriy Krysin to four years of probation in this case, but the Court of Appeal overturned that decision and sentenced Krysin to five years in prison. In September 2019, the Supreme Court of Kyiv overturned a cassation appeal against Krysin's sentence.

Krysin is also involved in the case of abduction and torture of Maidan activists in the winter of 2014.

Krysin's subordinate, Pavlo Bialay is currently under arrest in a pre-trial detention center. According to investigators, Bialay shot at the car driven by Veremii. 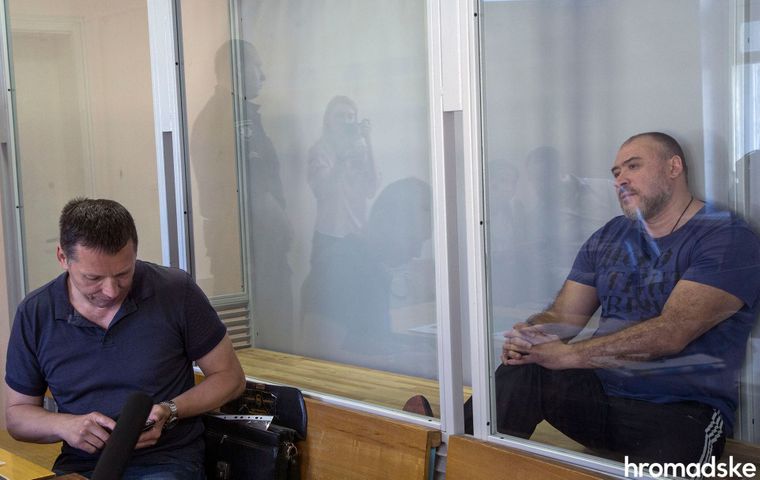 Accused Yuriy Krysin (right) attends a meeting of the Darnytskyi District Court of Kyiv on the murder trial of Viacheslav Veremii, May 31, 2018. ​Photo: Victoria Roschina / hromadske

3 Years After Maidan: Changing Lives On A Local Level
2058
Society

How Have the Investigations Into Crimes Against Euromaidan Participants Progressed?
3158
Society