On the southern front, the Russians launched large-scale artillery strikes, trying to disrupt the counteroffensive of the Armed Forces. They also shelled populated areas of Donetsk, Kharkiv, and Sumy oblasts, resulting in civilian casualties. Here is what you may have missed from the previous night.

Large-scale artillery strikes in the south

In the south, Russian troops launched large-scale artillery strikes – satellite imagery shows an abnormally high number of fires along the front line in the Mykolayiv and Kherson oblasts. They are probably doing this to disrupt the Ukrainian counteroffensive, say analysts of the American Institute for the Study of War. 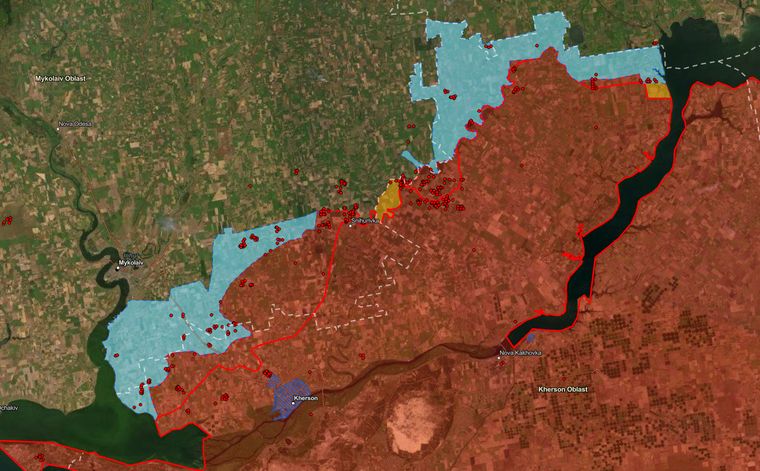 Fires along the front line in Mykolayiv and Kherson oblasts according to NASA remote sensing data as of July 3
Photo: NASA

The occupiers killed at least seven civilians in the Donetsk Oblast on July 3. Another 20 people were injured, reported the regional governor Pavlo Kyrylenko.

In particular, on the evening of July 3, the occupiers again shelled Kramatorsk from the Smerch multiple rocket launchers. As a result, one woman was injured. 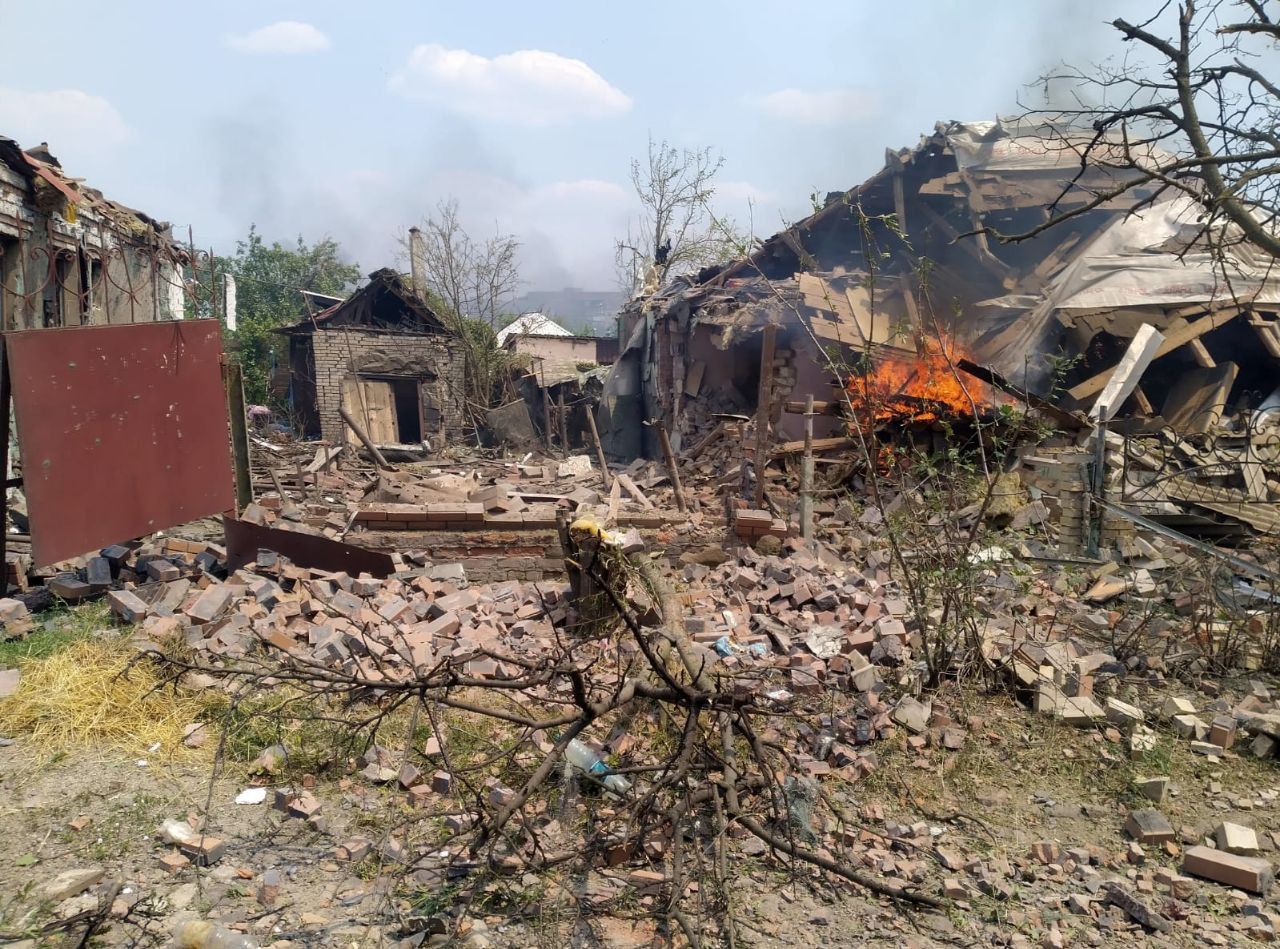 In the evening, the Russian occupying forces shelled the village of Bezruky in the Kharkiv Oblast, as a result of which three civilians were killed, another civilian elderly woman was injured, who was subsequently rescued and taken to the hospital.

The Russians again shelled the border of the Sumy Oblast from their territory on July 3. In particular, in the evening, the occupiers fired mortars at the territory and premises of the Atynskyi Psychoneurological Boarding School: three patients were injured.

Also, the regional governor Dmytro Zhivytskyy said that the occupiers used white phosphorous munitions and ammunition with flechettes during the morning shelling of the Znob-Novhorodska community.

A ZNPP diver died of torture in Enerhodar

A diver of Zaporizhzhya NPP died in temporarily occupied Enerhodar. He was beaten by the Russians because the man refused to dive into the splash pool of the nuclear plant at their request, the mayor of Enerhodar, Dmytro Orlov, said.

A nuclear power plant worker with multiple injuries in a coma was taken to the Enerhodar hospital, but he later died without regaining consciousness.

Ukraine returned a total of 400 bodies of defenders

Deputy Prime Minister Iryna Vereshchuk reported that during the entire full-scale war as of July 3, Ukraine managed to return the bodies of more than 400 dead servicemen. "But it is definitely not enough, because we know that there are many more bodies. Russia does not want to show its citizens mass transfers of bodies," Vereshchuk said.

On the southern front, the Ukrainian military attacked enemy warehouses with ammunition with missiles and aircraft, as well as destroyed 47 occupiers and a number of pieces of equipment, reported the Operational Command "South".

At the same time, the Russians were shelling, trying to regain their lost positions, but they were unsuccessful. Also, with Ka-52 attack helicopters, the enemy attacked Ukrainian positions three times in the area of ​​the administrative border of Mykolayiv and Kherson oblasts. No casualties were reported.

Mobilization in Crimea is possible

Russia appears to be preparing for forced mobilization in the temporarily annexed Crimea. The representative office of the President of Ukraine calls on citizens to sabotage this decision of the occupation authorities and to avoid serving in the Russian army by all means.

Zelensky on the crisis of the Russian economy

The President of Ukraine, Volodymyr Zelensky, said that Russia's economy is in the biggest crisis in the last 50 years, and the whole world is renouncing relations with the Russian Federation.

"The words 'collapse', 'deficit' and 'poverty' are what will describe Russian life as long as this state wants to be a terrorist state. It is clear to everyone in the world and, I am sure, to all not stupid people in Russia itself, that Ukraine will win," Zelensky said.

At the same time, the head of state noted that Russia has enough Smerch, Uragan, and Grad systems to destroy Ukrainian cities.