Another Frontline. Kyiv Veteran’s War Is Not Over Yet
68242

Ivanka: A Cold Mind and a Heart for War
Editors' Choice
7501

“Our Kids”: Crimean Resistance to Political Arrests In Numbers
12575

Representatives of the Ukrainian press at the press conference of the President of Ukraine Petro Poroshenko in Kyiv, June 3, 2016 Photo: UNIAN / Vladyslav Musiienko
On the occasion of Journalist Day in Ukraine, we remind our readers (and ourselves) that there is nothing better for the public interest than information obtained and published in a timely manner. Using five stories, we show how the media affects the lives of individuals and sometimes even entire countries.

"I am not like most homeless people. I am a civilized hobo, an underground one. I don't know if there are others (war veterans in the east who are homeless - ed.). I do not want to moan, but I sometimes see red mist when I do find work. Whenever someone says something about the war or the whole situation."

"Unlike Most Tramps" - The Story of One Donbas War Veteran

Before the war, Oleksandr lived in the Luhansk region, where he worked as an ambulance paramedic. Then he volunteered for the front, but there was nowhere to return - the house remained in the occupied territories.

A year ago, the 33-year-old man started hiking in the mountains, and it became his passion, with which he wants to earn a living. However, he had neither suitable shoes nor a good backpack.

"There were a lot of comments after the story - people offered to help, including with money," recalls the author of the article, Max Levin. “He was presented with equipment - a backpack, shoes. Housing was offered in different villages - even somewhere near the mountains. He tried to live somewhere, but it didn't suit him, because the house wasn't his own. He wants to be a guide in the Carpathians. He purposefully walked all winter, then rested a bit in Ivano-Frankivsk and Kyiv, lived in a hostel and with friends. And at some point in the summer, he wants to start doing guided tours."

"Not a word about the problems of the army, not a word about defense reform. Money was all that mattered. […] When there’s no other way to get what the army needs, smuggling is not a problem. More specifically, it wasn’t the smuggling that was a problem. The problem and the crime are insatiable profiteering using the army and the defense industry during a war. ‘The lads’ (Participants in the investigation, including Ihor Gladkovsky, the son of the then First Deputy Secretary of the National Security and Defense Council, and his friends) didn't solve the problem, they parasitized on it."

The investigation into the fact that Petro Poroshenko's close friend Oleh Gladkovsky could be war profiteering was a real bombshell.

The next day, Poroshenko suspended Gladkovsky, who was the first deputy secretary of the National Security and Defense Council, and fired him six days later. However, it was too late - the country's walls were already covered with inscriptions "Lock up Svynarchuks" (In 2014, Oleg Svynarchuk and his son Ihor changed their last name to Gladkovsky).

The video was released on February 25, 2019 - a month before the first round of the presidential election. According to a poll by the Razumkov Center, before the investigation was launched, political newcomer Volodymyr Zelenskyy was 13% ahead of then-President Petro Poroshenko. In the real second round, this figure turned into a catastrophic 49%.

Later, Poroshenko will call Gladkovsky's appointment a mistake and say he no longer communicates with him.

"I don't know [how much popularity we lost because of this scandal], but we did lose. This is especially painful because I have absolutely nothing to do with it. Absolutely nothing," Poroshenko assured six months after the presidential election.

"He was not a high-profile name, and the authorities weren’t interested."

"I wouldn’t wish on any compatriot to go through this. I was tortured by the Donetsk ‘militia’. They arrived in a black car without any identification. The numberplates were sealed. They wore a spotted uniform, with St. George's ribbons. These scoundrels took me away, put a bag on my head, hit me in the neck with the butt of a machine gun, I don't remember anything after that. I was injected with a syringe in the neck - there is still a scar…"

Luhansk resident Serhiy Litvinov was detained in September 2014 in Rostov-on-Don. Before that, he managed to go through the captivity of the militants. He was sentenced to 8.5 years in prison on robbery charges. In 2019, Russia handed him over to Ukraine, where he spent several more months in a colony in the Kharkiv region.

"When I learned that Litvinov was in a Ukrainian prison, I was so shocked that I was convinced that it was a mistake, that it was not him. I couldn't believe that such an absurd situation could happen in Ukraine: a Ukrainian political prisoner who was in a Russian prison is now in a Ukrainian one," says the author of the article, Anastasia Stanko.

The publicity changed everything - soon the president pardoned the political prisoner.

"Events after the publication developed very rapidly," says Stanko. “Literally, in one or two weeks, Litvinov was released from the colony. Prior to that, he had spent several months in prison, and no one cared about him. He got into this situation because he is not Oleg Sentsov, nor [Oleksandr] Kolchenko, he’s not quite a hero. He is an ordinary man from a village with no eloquence. He was not a media character, and the then authorities were not interested."

Litvinov now lives in his native village near Stanytsia Luhanska. It was the new government who helped him with treatment - after his release, he had health problems.

"It was especially vexing that human rights activists wrote that we hindered some processes by publishing this story. Especially now it is clear that [those claims] were complete nonsense," says the author of the story.

Some human rights activists did believe that extraditing Litvinov to serve his sentence in Ukraine was the first attempt to extradite other political prisoners through the same mechanism.

We now know that there were no contacts between Ukraine and Russia regarding the exchange or extradition of political prisoners. The next exchange of prisoners took place under a new president. 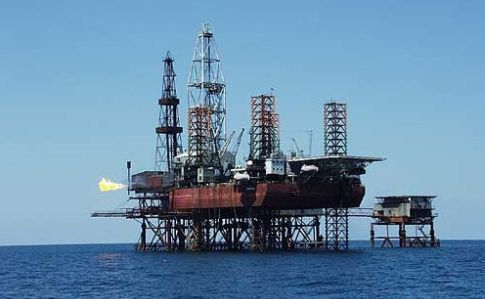 "Related parties? Who knew? Didn't invite manufacturers to the tender? Well, we didn't think about it. Is there an article for ‘not thinking’ in the Criminal Code? No. There is no article, but there is a nuance. Sometimes law enforcement agencies begin to read the Criminal Code a little peculiarly, and then it turns out like this: ‘Failed to consider by prior agreement.’ In short, it all depends on ‘time and inspiration.’ In addition, this inspiration can appear at any time: among your own (if you don’t fork out to the bigwigs) - even tomorrow, among others - after the tables have turned. By the way, when is the next election?"

"Tower for Boyko" (in Ukrainian)

Investigators stumbled upon this deal by accident. At first glance, everything looked large-scale and solid - a $400 million offshore drilling rig, which is being sold to Ukraine not by another offshore company, but by a British company.

But for some reason, a Kyiv company made the site for the British one a couple of weeks before the tender. The cost was several times overstated, and the structure of the company's owners drifted offshore and led to several fictitious persons. The apotheosis of this story was that a Latvian TV channel found the nominal owner, who turned out to be a 71-year-old homeless man from Riga.

And although the investigation into Boyko's towers for some reason did not lead to Yuriy Boyko himself, it was this phrase that became a symbol of large-scale corruption in the state apparatus.

"The reason why Boyko's name is not in the criminal proceedings concerning Boyko's towers is purely political. It is beneficial for someone for Boyko to stay in politics. It may be advantageous for Poroshenko that in the second round of the election his opponent was not [Yulia] Tymoshenko or [Andriy] Sadovyi, but Yuriy Boyko, for whom, as a worse evil, the majority of Ukrainians will not vote. Or we need the votes of the Opposition Bloc for a situational vote in parliament," suggested the executive director of the Anti-Corruption Action Center Daryna Kalenyuk.

However, the change of power has not yet changed the configuration - all the attention of law enforcement officers is turned to another leader of the Opposition Platform – For Life, Viktor Medvedchuk. He remains the focus of Investigative journalists to this day. 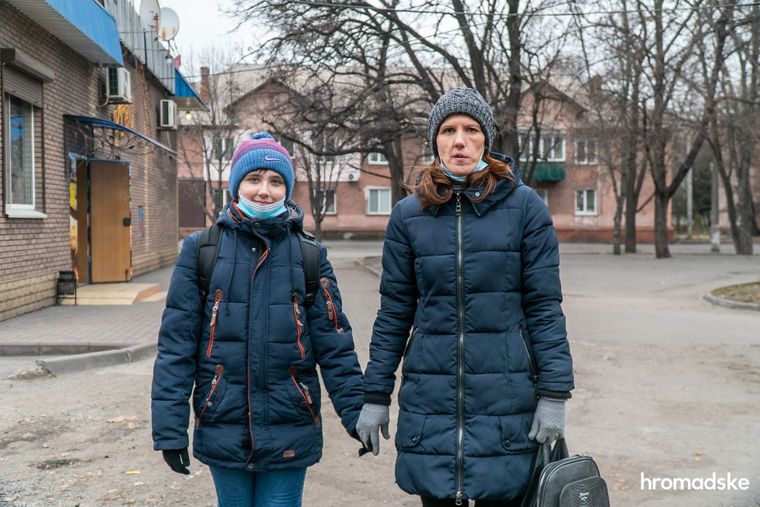 "This is the best thing that could have happened"

"Dima shares his dreams with us - he says he would like to live in an apartment with a bathroom, kitchen and toilet. In the dormitory, he and his mother bathe in a basin or in a small children's bathroom in the room."

"Too tough? Send the child to an orphanage." How single mothers survive in Ukraine" (in Ukrainian)

Vira Mityukova lived with her 11-year-old son in a dormitory in Kryvyi Rih. Aside from the appalling conditions (an 18 sq.m. room, broken windows in a shared toilet, alcohol and drug-addicted neighbors) was the fact that the boy had Asperger's syndrome (a type of autism), and the state did not even consider her a single mother.

"Almost immediately, people started writing to us in comments and asking how they could help Vira. A woman wrote to me saying that she was very impressed with Vira's story and that she wanted to help them move out of the dormitory. And she offered to help Vira rent an apartment. At some point ahead of the New Year, they already knew they would move. But they still couldn't believe it would happen," says Ksiusha Savoskina, the author of the article.

There was also smaller-scale help in the form of remittances (almost on a daily basis!), Gifts from people from Canada and Germany. Someone paid for the boy's education at an IT academy, someone paid for his swimming lessons. We also managed to raise money for a rehabilitation course for Dmytro in Kyiv.

"When I met these families, I realized that they have difficult situations, important stories that need to be told. But to a greater extent, I expected that this material would trigger actions from the state. For example, increase social benefits or help such mothers with work. But I did not expect that the lives of Vira and Dima could change so soon. This is the best thing that could happen ahead of Christmas," says Ksiusha Savoskina.