"Cyborg" Valerii Honta died on the frontline in eastern Ukraine
5032

Editor's Note: This a Spektr project, with the support of the Russian Language News Exchange. This project has been adapted by Hromadske International.

Deposits, loans and international money transfers usually make up an integral part of a bank’s service. But for residents of occupied Donetsk and Luhansk regions, these resources are unavailable.

Although some financial services do exist. The currency used in occupied Donbas is the Russian ruble. There are currency exchanges on every corner where rubles can be exchanged for euros and dollars. There is even a Central Republic Bank of the “Donetsk People's Republic”. Another bank is set to open soon as well — a “limited liability company” in the form of a bank branch from South Ossetia — another self-proclaimed republic that few places other than Russia recognize.

Spektr looked at how occupied Donetsk and Luhansk turned away from Ukraine in favor of financial integration with Russia.

Back then in Donetsk, there were businesses dedicated to cashing money from Ukrainian cards. There were about 150,000 people who continued to work at large industrial enterprises and receive wages on cards issued by Ukrainian banks. Pensioners would receive payments on the state savings bank cards. Traveling constantly to the government-controlled territory to withdraw money from an ATM is expensive and troublesome. So, some saw this as a business opportunity.

The clerk’s office was usually little more than a room with a table and a computer. They charged a steep percentage for their services though — sometimes as high as 10%. With the help of Internet banking, money was withdrawn from cards and issued on the spot. But for this to happen, there would be people who would have to cross the demarcation line to government-controlled territory or travel across the border to Russia to receive cash at ATMs there — within a legal financial space. 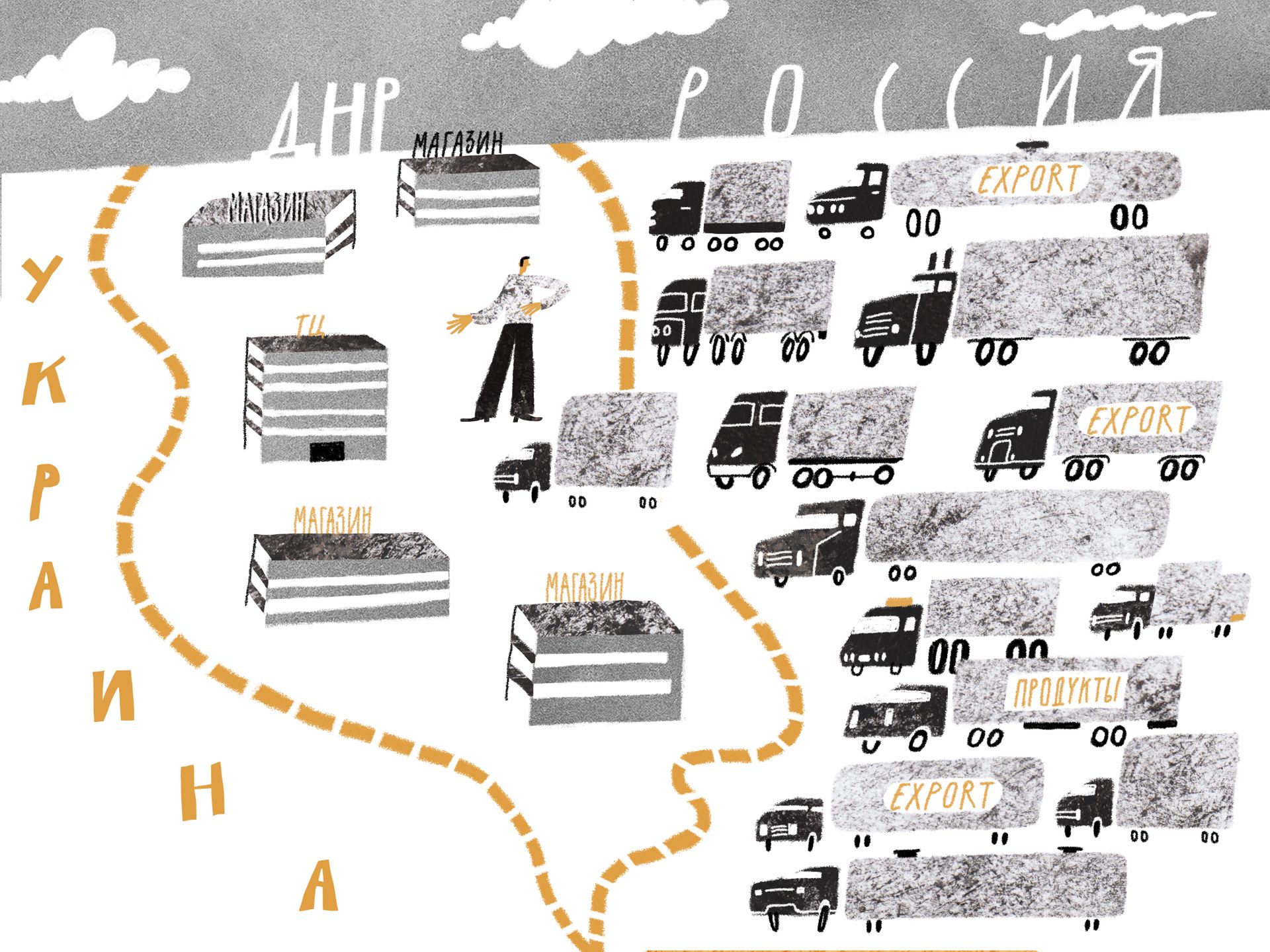 Now, this service is much less in demand. Pensioners who still receive Ukrainian payments must regularly (once every 59 days, - Spektr's ed. note) cross the demarcation line to verify their identity either at the state-owned Oschadbank or within the electronic database maintained by Ukrainian border guards.

In April 2015, the “Central Republic Bank” was opened in the so-called "DPR". By that time, the occupied territories were already issuing their own pensions. The ruble had also been introduced at a reduced exchange rate. Then, the order was to trade at 1 hryvnia for 2 rubles, while the average exchange would trade at 1 hryvnia for 2.5 rubles. This was the rate at which the territory’s retained pension fund branch calculated all Ukrainian pensions and determined new utility tariffs. Entrepreneurs were also forced to recalculate prices at this rate.

By August 2015, the "Central Republic Bank" announced it was preparing to issue the first 300,000 bank cards, which would be used for social payments, salaries and pensions.

The bank was built on the ruins of the local Ukrainian banking system. Some of the bank premises were "nationalized" and the bank's management never commented on exactly what equipment is used to issue cards, nor did it discuss the conditions for the "nationalization" of the ATM networks. The bank largely provides cash services and services related to payment of pensions and state employee salaries. For other banking services, it is necessary to be a member of the international settlement system but because the self-proclaimed Donetsk and Luhansk “people’s republics” are not recognized internationally, these services remain unavailable.

From Russia With Trade

By the time the war was in its sixth year, it became clear that due to its unrecognized status, the entire financial system of the “DPR” was restricted to itself and could not be integrated into either the international or (in order to avoid sanctions) the Russian financial systems. Despite this, trade with Russia is booming. In the Rostov region alone, which borders the “DPR” and “LPR”, the number of wholesale food companies, logistics centers and intermediary companies involved in the supply of products more than doubled between 2014 and 2017. The number of transport companies increased 1.6 times — the growth was due to a sharp increase in demand for supplies to the self-proclaimed republics. 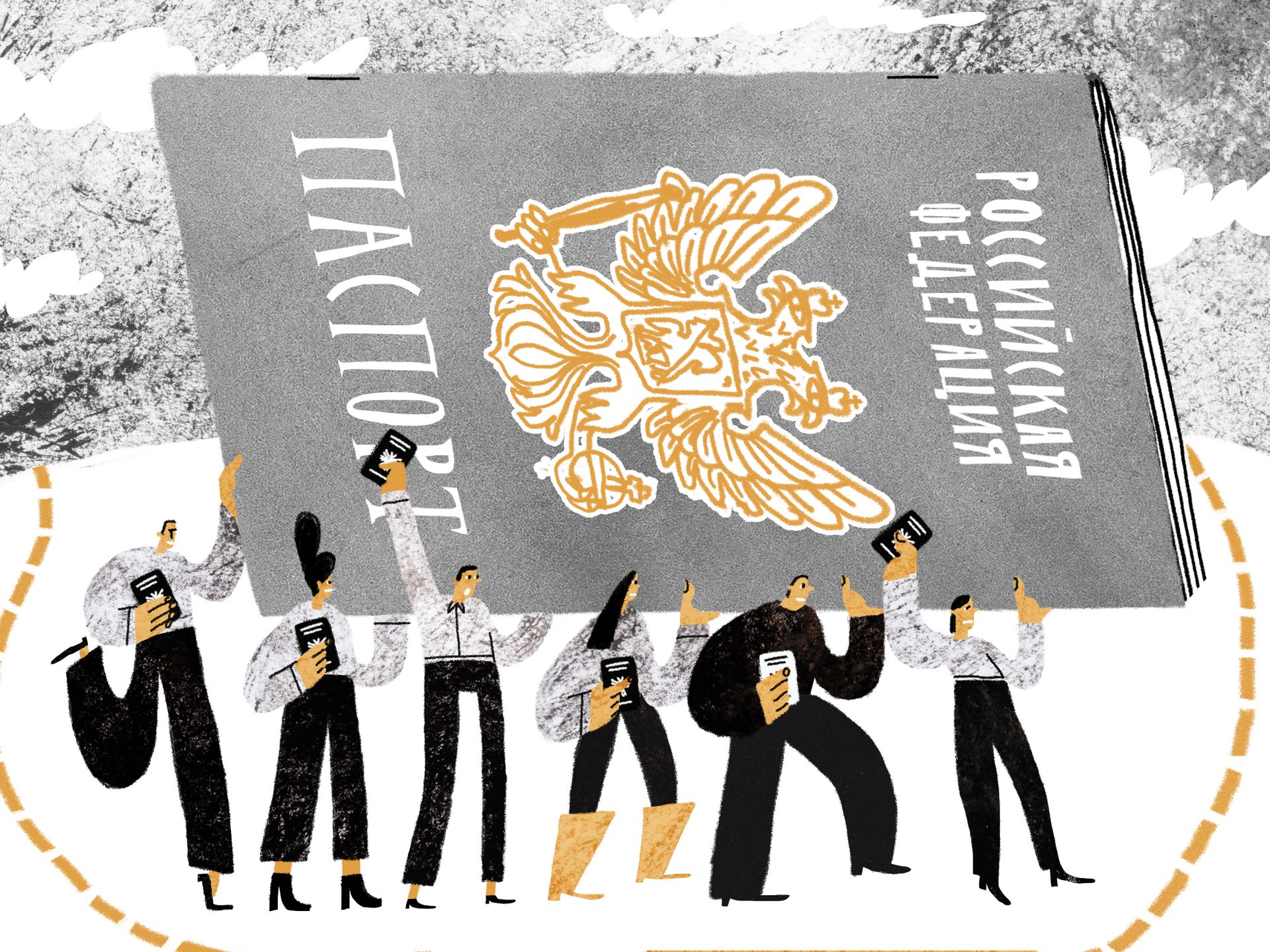 “We opened our company in Rostov-on-Don and transfer money to its account,” Kyrylo, an entrepreneur from Donetsk, told Spektr.

“Our company was established a while ago under the name of our coworker with a Ukrainian passport and a Crimean address. It receives money from us from Donetsk and ships the goods for us. Our Russian company exports to Ukraine, and on top of that the VAT is refunded to it — everything is beautiful and simple.”

“Why does everything go from Russia to the ‘DPR’ but not really vice versa?” repeats the question Kyrylo.

“Our exports to Russia are subject to all these duties, as if they were Ukrainian. We are not officially here, and Russia is waging a trade war with Ukraine. But from our side, from the ‘DPR’ side, there is no Ukraine [here for them], and there are no expensive duties, they are very low.”

Oleg, a “DPR” manufacturing businessman said there are millions of people on these territories who are paid in Russian rubles so it’s logical that someone created “a good market for selling goods from Russia”.

“This applies to everything: cattle meat for sausages, milk powder for dairy. We have vodka factories and they are powerful, but there is not a single distillery on this territory — all the alcohol for our vodka also comes from Russia,” he said.

“My friend is trying to run a small pig farm. He complains because he can't compete with Russian prices. For them, deliveries here are a foreign economic activity with the VAT returned for ‘export to Ukraine.’ It is very profitable — a businessman in Rostov sends the goods to us and makes a tax offset.”

All Belarusian and Ukrainian goods also come here through Russia and its companies, Oleg added.

“I haven’t heard anything about licensing, we have 100% of the goods coming from Russia, everyone is engaged in foreign economic activity,” he said.

However, such international trade is not affordable for everyone.

“We have a store, we sell industrial goods, we work here according to the general taxation system, we have an account with the Central Republic Bank,” says Viktor, a shop owner from a small city in the so-called “DPR”.

“That’s how everyone around us works too. It’s the same as in Poland or Ukraine: they take the cash, write out paper cheques, pay a single tax — nothing new. It is only the so-called state enterprises of the ‘DPR’ that work with bank transfers. For us, everything works the old-fashioned way. They stupidly copied the Ukrainian system, except they multiplied the taxes and prices by two, exchanging it into rubles.”

Taxation in the "DPR" looks like this: there is no VAT, but there is a turnover tax of 2% and a profit tax of 15%.

“We tried to buy goods in Russia a couple of times but it’s difficult for us. We needed to open an account in South Ossetia, which recognized us — and who are in turn recognized by Russia. The whole procedure would take a couple of months for us and we would need to get a license for foreign economic activity,” Viktor explains.

“From ordering the goods to delivery, it would take about three months. We never went ahead with it and get everything from local (Donetsk — ed.) places that specialize in this. We’ve adapted normally, and there are not many of these wholesale companies. I know 5-6, there are definitely no more than a dozen. It seems to be simpler but our whole assortment of goods is almost the same as our competitors’ because of this.”

To trade with the occupied territories, Non-Banking Financial Companies (NBFC) were created, where both enterprises from occupied Donetsk and enterprises from Russia could open accounts. This led to the creation of a large Center for International Settlements (CIS) in Moscow,  which has the status of a “limited liability company”. 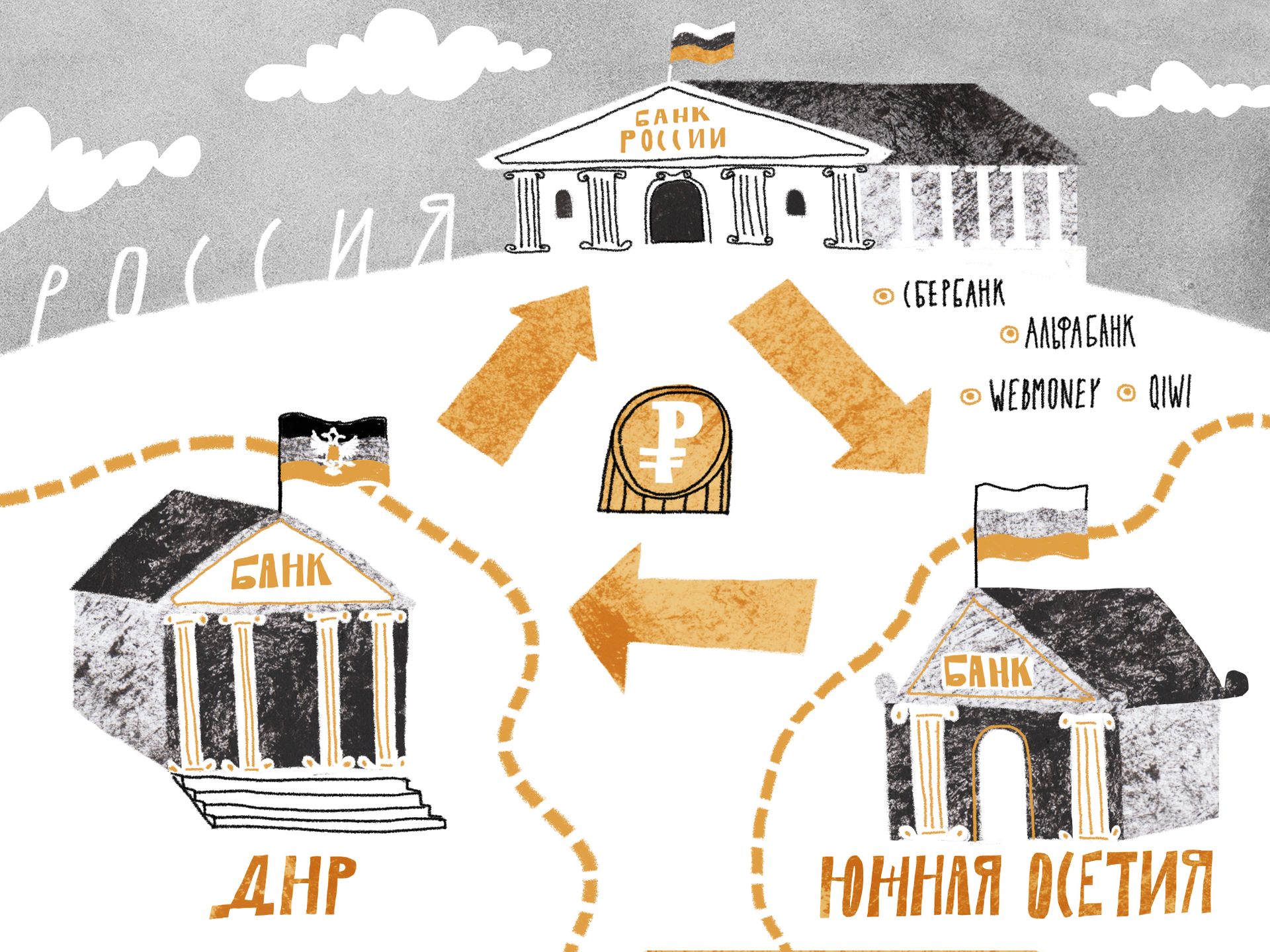 Sanctions avoidance schemes in unrecognized republics are constantly changing and improving. At first, all enterprises in Donetsk, as Ukrainian legal entities, were registered with the Unified State Register of the so-called “DPR”, after which the business was to be registered for tax in Russia and open an account with an NBFC.

It turned out that businesses were working from occupied Donetsk in Russia as Ukrainian legal entities, without violating international law. Then Ukraine put these NBFCs under sanctions, but then emerged the Center for International Settlements (CIS) and the option to work with South Ossetia.

“I always hear these acronyms from my chief accountant: NBFC and CIS,” says Oleg.

There are entire law firms that support exports to Russia and the creation of “South Ossetian” enterprises with Donetsk and Luhansk roots on Russian territory.

Over time, schemes for working with Russia are simplified and talks of strengthening integration with the Russian Federation in Donetsk start gaining ground. Tens of thousands of people in Donetsk and Luhansk are now Russian citizens and have the right to open a business in Russia. But moreover, new systems are being implemented.﻿﻿﻿﻿﻿﻿﻿﻿﻿﻿﻿﻿﻿﻿﻿﻿﻿﻿﻿﻿﻿﻿﻿﻿​

That’s how the self-proclaimed republics are adapting their financial systems to work in times of war.​