"We Know Where You Live." Why Cases of Attacks on LGBT Rarely Reach Courts in Ukraine
Editors' Choice
11440

EXCLUSIVE: The True Cost Of Remaining Ukrainian in Crimea
6637

Now ex-minister of health, Ilya Yemets, during a cabinet session in Kyiv, Ukraine on March 23. Cabinet of Ministers of Ukraine

On March 30, Ukrainian MPs voted to dismiss the Minister of Health, Ilya Yemets. A week before his dismissal, the general director of the state-owned company "Medical Purchases of Ukraine" (MPU), Arsen Zhumadilov wrote to the State Bureau of Investigations (SBI), requesting that they open a corruption investigation into the minister. Ilya Yemets, for his part, ordered an investigation into MPU. Hromadske explains what happened between the minister and the MPU general director.

The Facts As We Know Them

The blocked medicines are listed in the Ministry of Health’s centralized programs. MPU is intended to buy 14 out of 38 allocated medicines, with 24 other going being the responsibility of international organizations. The state is meant to handle the costs for medicines intended for pediatric and adult oncology, heart disease, HIV-medicines, multiple sclerosis, autism, cerebral palsy, and newborn screening.

What is the Medical Purchases of Ukraine and Who Is Arsen Zhumadilov?

Arsen Zhumadilov is 35 years old, and he studied in both a Ukrainian university and the London School of Economics. He worked in the public sector and in government service, and headed the Bilyaivka District State Administration in the Odesa region. In April 2019, he won the competition to be appointed the general director of the state-owned Medical Purchases of Ukraine company.

This company was founded by the Ministry of Health in 2018, and is meant to transparently provide centralized purchases of medicines using government funding. Additionally, the company gathers data from Ukraine’s regions on which medicines are needed in this or that region. 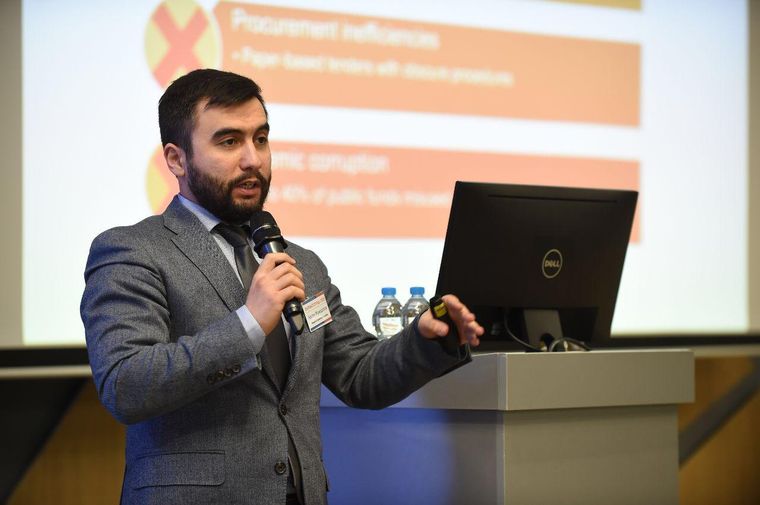 On March 23, Zhumadilov got a call from the National Police.

“I got a call from an operating officer who told me that they’re looking for me in order to give me an interrogation summons. I came there, I received these summons, and asked: what is this all about?” said Zhumadilov in a comment to hromadske.

But the law enforcement officer declined to provide Zhumadilov with an answer, and told him to talk to the person who had issued the summons.

Three hours later, Zhumadilov was on the phone with the person who had done so – he refused to tell hromadske that person’s name, though he did say that this was a law enforcement agent.

Zhumadilov told hromadske that the summons that he received from the police made it obvious that a criminal case against him was opened on March 21, 2020. The case was filed under charges of “misappropriation, embezzlement or taking possession of another's property by abuse of official capacity by an official, committed on an especially large scale or by an organized group.”

But that wasn’t the first time that day that Zhumadilov had spoken with law enforcement. Two hours before the call from the National Police, he was at the State Bureau of Investigations. On March 23, Zhumadilov turned to the SBI on account of what he claims is abuse of power by Yemets. The SBI’s press service confirmed that Zhumadilov had indeed approached them and that his statement is being processed.

Zhumadilov told hromadske that on March 20, he met with Ilya Yemets in the Ministry of Health’s courtyard. They greeted each other, and Zhumadilov claims that Yemets told him “If you didn’t want to do things the easy way, then we’ll do it the hard way.” The next day, Zhumadilov received a call from an acquaintance who told him that a new manager had been found for MPU.

Zhumadilov believes that when he refused to appoint Hryshkovets, Yemets blocked medical purchases, despite an order that came into force on February 28 that defined which medicines needed to be bought using government funds.

“This is my understanding, taking into account the fact that the official line of the Ministry of Health for the last couple of weeks was that the question of purchases needed to be moved with an application of political will. With Yemets, our relationship didn’t gel at all, because he wanted to put his own loyal face as my deputy,” claims Zhumadilov.

On March 26, Zhumadilov wrote on Facebook that the planned interrogation wouldn’t go forward because of some confusion on the part of the law enforcement officers themselves. He also provided more details of the criminal case against him.

“Investigators want to check the receipt and use of budgetary funds for programs 1040 and 1400. The thing is, those are the centralized purchase programs using government funds that are not being launched,” wrote Zhumadilov.

Hromadske also asked the National Police to comment on this situation.

What Does the Ministry of Health Say?

On March 25, hromadske addressed the Ministry of Health’s press service with questions about SOE MPU. Their answer: “We know the reason behind Mr. Zhumadilov’s post and we’re preparing a reply from the minister. We’ll publish it today.”

The next day, hromadske once again spoke to the press office, seeking comment on the appoint of Hryshkovets as deputy director under Zhumadilov and whether the Minister is in fact blocking government purchases of medicine because of that. The press service replied that “Yesterday we had put out a statement, if you noticed. We’re waiting for the results of an internal investigation. And there were also requests to the relevant law enforcement bodies.”

Hromadske tried to clarify whether “relevant law enforcement bodies” meant the National Police, but the press service responded that they were not aware of which bodies exactly.

Yemets’ statement on March 25 spoke about the coronavirus pandemic, and the creation of a unified headquarters to counter it. The minister also added that “Regardless of the fact that our country has already entered the strengthened stage of the fight against the COVID-19 virus, some [people] are still knowingly creating obstacles to the ministry's work. Pursuing their own personal motives, they are risking the lives and health of thousands of Ukrainians. With all accountability am I announcing that if they will continue to meddle in our work – the amount of victims could be catastrophic.”

The investigation that Yemets initiated against SOE MPU will last for about a month. 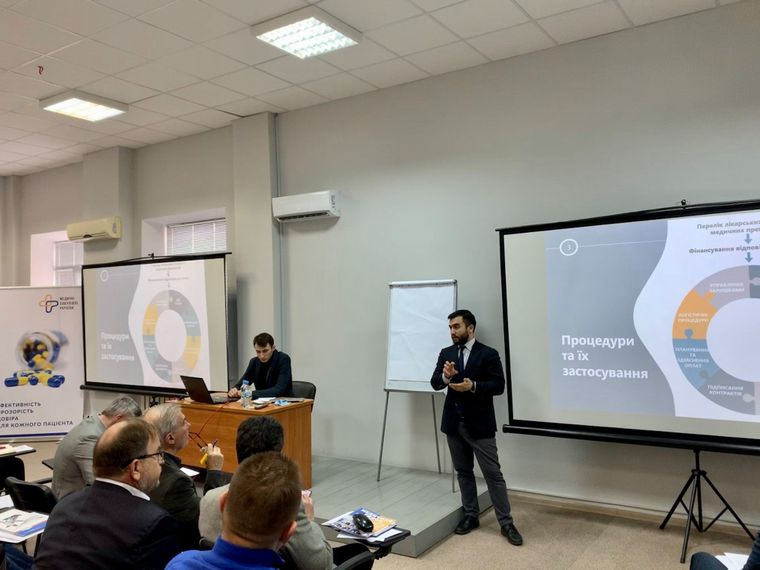 Volodymyr Hryshkovets, on March 15, submitted a declaration that stated that he worked as the head of a Center for Public Health affiliate for the State Penal Service of Ukraine in the western Ukrainian Ternopil region. However, when hromadske contacted this affiliate, they stated that Hryshkovets had been fired.

But hromadske did manage to speak with Hryshkovets himself. He told hromadske that he did not know Yemets, though this contradicted an earlier comment made to investigative outlet Slidstvo.Info, where he admitted that he was acquainted.

He also claimed that he was never offered a position in Medical Purchases of Ukraine.

“I can’t comment on the situation happening there. You even know where I live, where Kyiv is, and where I am. In addition, you can open a declaration and see the candidate for a post in which organization...this was two months ago, maybe not two – definintely a month ago. The Minister of Health at the time was probably [Zoryana] Skaletska. I submitted my documents in the region, and it has nothing to do with what they’re writing about me. The Ministry of Health and I aren’t related at all,” commented Hryshkovets.

When hromadske asked him whether he still worked at the Center for Public Health affiliate at the State Penal Service, he replied, “What does that have to do with anything?”