New aid to Ukraine from the USA, shelling of Ukrainian cities, and another decree of Putin: the last night’s highlights
1828

Will Ukraine Get Its Own Unified Orthodox Church?
15156

He raved about the sea. His uncle studied in Odesa to be a sailor and gave all his books about maritime affairs to his nephew. As a child, the boy could only go to the pond, but when he grew up, he went to study in Odesa.

At the times when he was based in Berdyansk, Mariupol, and Ochakiv, after coming home from duty, he would tell his wife about the sea. When he returned home to Kachkivka, Vinnytsia Oblast, he was happy to share his knowledge of maritime affairs with the students of his native school. Chief Petty Officer Panteleimon Sobko died on Azovstal, defending his waves to the last. 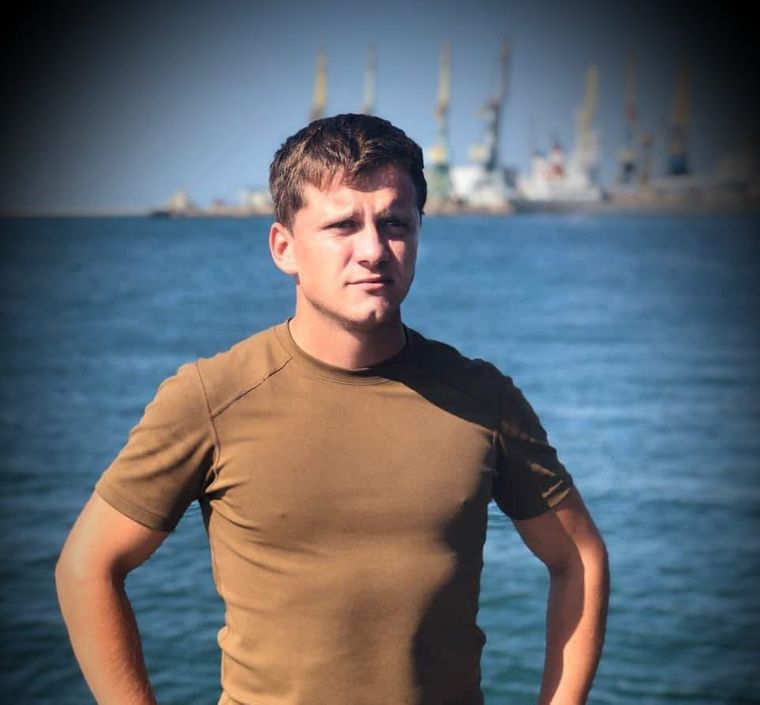 Panteleimon is his mother’s first and most desirable child. Lesia gave birth to her first child when she was 17. He recalls him being very restless as a child: “A nimble harum-scarum child. But still kind and sweet, he would never hurt anyone. And he was calm only when he was asleep. And Zhenia was the same”.

Ievhen is Panteleimon’s brother, a year and two months younger than him. As children, they often fought. Although they were inseparable — Panteleimon looked after his brother from the age of three, while his mother was busy in the yard.

“They spent their entire childhood together. And when they grew up, they would come home from other cities where they were studying — Panteleimon studied in Odesa, Ievhen studied in Vinnytsia — they could not stop talking,” says Lesia.

The family has younger sons — 14-year-old Sasha and 9-year-old Vania. The four children willingly helped their mother and father — the couple has a farm with cows and pigs. In his spare time, Limka, as his mother affectionately called him, would play with friends, go to the pond to fish, or play football. He loved sports and wanted to become a physical education teacher. Dad installed horizontal bars for his sons at home and on the farm where they helped, — separately for the younger and older ones. 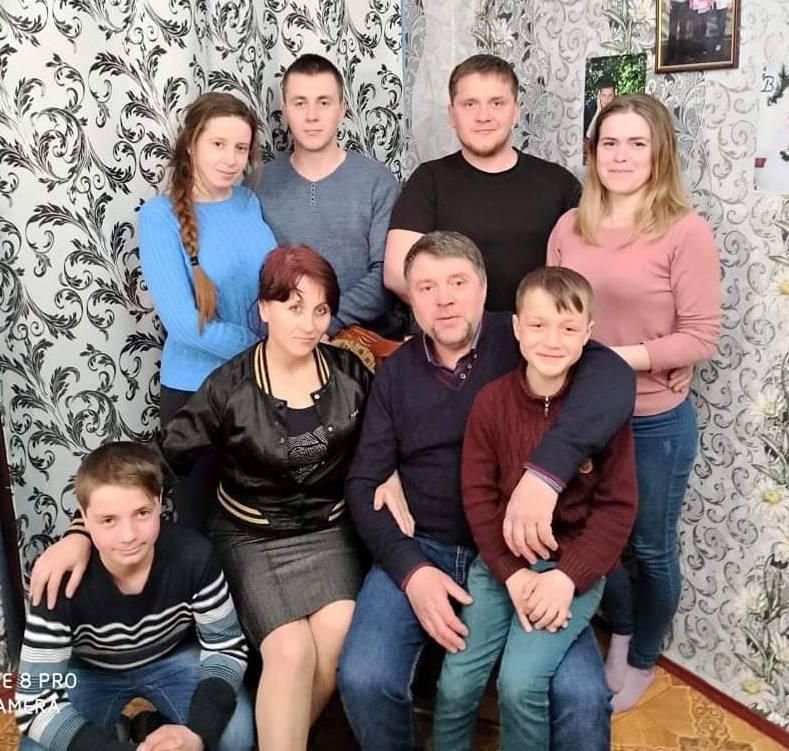 Panteleimon and his family

It’s scary to go to the first class, but not to the military academy

Mom recalls a funny story about how her son made quite some noise on his first day of school. First-graders were brought to school by eleventh-graders, and Panteleimon got scared — where are they taking him, without his mother? — he escaped and started running away, then floundered on the shoulder of his neighbor Zhenia. His classmates remembered and laughed at that incident for a long time.

But he wasn’t afraid to go to the military academy after school. He no longer wanted to be a physical education teacher and went to a military academy, but he didn’t pass one test — sports. On the same day, Panteleimon got accepted to another school, the naval college.

When he would come home for a weekend or holiday, he pampered his younger brothers and asked his parents what was best to give to the younger ones as presents. Although he disciplined them a lot.

“The younger ones complained: “Oh, when will the older ones leave?” When they went away, the youngest one sat down and started crying. “Why are you crying, Vania?” — “I want Panteleimon and Zhenia to come” — “They will come in a week and try to discipline you again” — “Even if they beat me, I want them to be at home,” the mother tells.

Lesia also had a hard time letting her son go: “I would take his sweater, hug it and walk around crying. And the younger ones were asking me: “Mom, what’s wrong?” — “Just smell this sweater, it smells like Panteleimon.”

The son would always feel his mother’s tears, call and calm her down: he was happy in a new place. 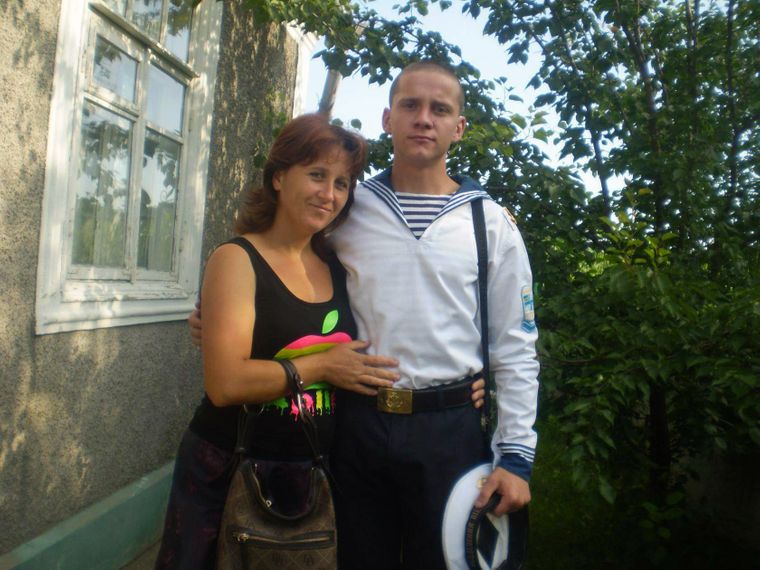 Panteleimon with his mother

“We’ll fight even if they outnumber us”

He really wanted to serve after 2014, when the war broke out, says his wife Yulia. His mother wouldn’t let him, but Panteleimon was resolute: if I don’t study for the military, I’ll go to the front line as a volunteer after I graduate.

After college, he worked on a boat, his crew’s vessels “Lubny” and “Kremenchuk” were based in different cities near the Sea of Azov. At that time, Panteleimon began to communicate with the chaplain of the “Bucha guard” Anatoliy Kushnirchuk. Once the priest asked the guys what they would do if there is a danger from the sea — after all, Russian ships control Azov.

“After a short pause, everyone said: “We have nothing to lose. Even if they outnumber us and the enemy prevails, we will fight.” They were not going to retreat even before a full-scale invasion — Anatoliy recalls. — Everyone was saying so: from sailors to the captain of the first rank. There are normal, very good people there. And Panteleimon showed absolute spiritual health as a military man, as a sailor”. 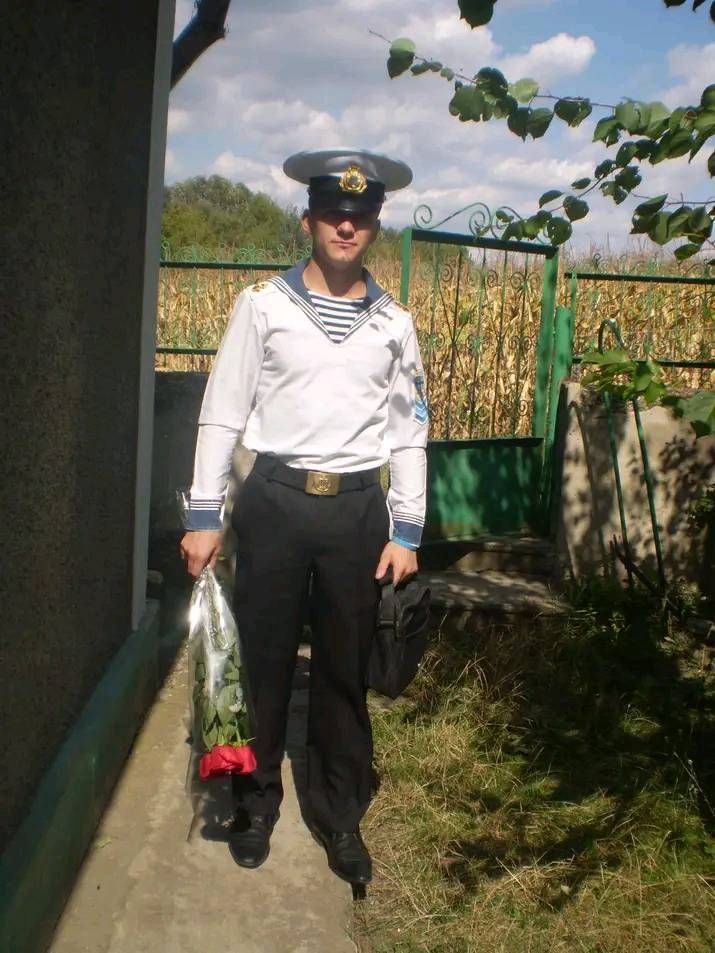 Panteleimon in a sailor uniform

Dream to have a son

Panteleimon met his wife in 2019 in Berdyansk where she was born, and in 2020, after the New Year, he proposed to her on his boat. The crew of 10 employees were friends and their families maintained friendly ties: they celebrated the Navy Day and other public holidays together.

Yulia recalls that her husband was fond of the Zaporizhian Sich and the Cossack era history. He loved children and could establish contact with them very well.

“They tried to do everything for the children, if possible. On every holiday, City day, or other occasions, their doors were always open so that children could look at the ships. For many people, sailors were an example” — the wife says, and the military were keeping and boasting of children’s drawings which chaplain Anatoliy constantly brought along with volunteer help. Panteleimon’s folder with these drawings remained at home in Berdyansk.

In March, Yulia was left alone in occupied Berdyansk. Panteleimon was very worried about her and encouraged her to leave. Lesia recalls one of the last conversations with her son: “Mom, do you realize that this may be the last time we talk? This is war. We will not leave Mariupol. I want Yulia to go to you. I know she’ll be fine there. I won’t worry about them. And don’t cry!” 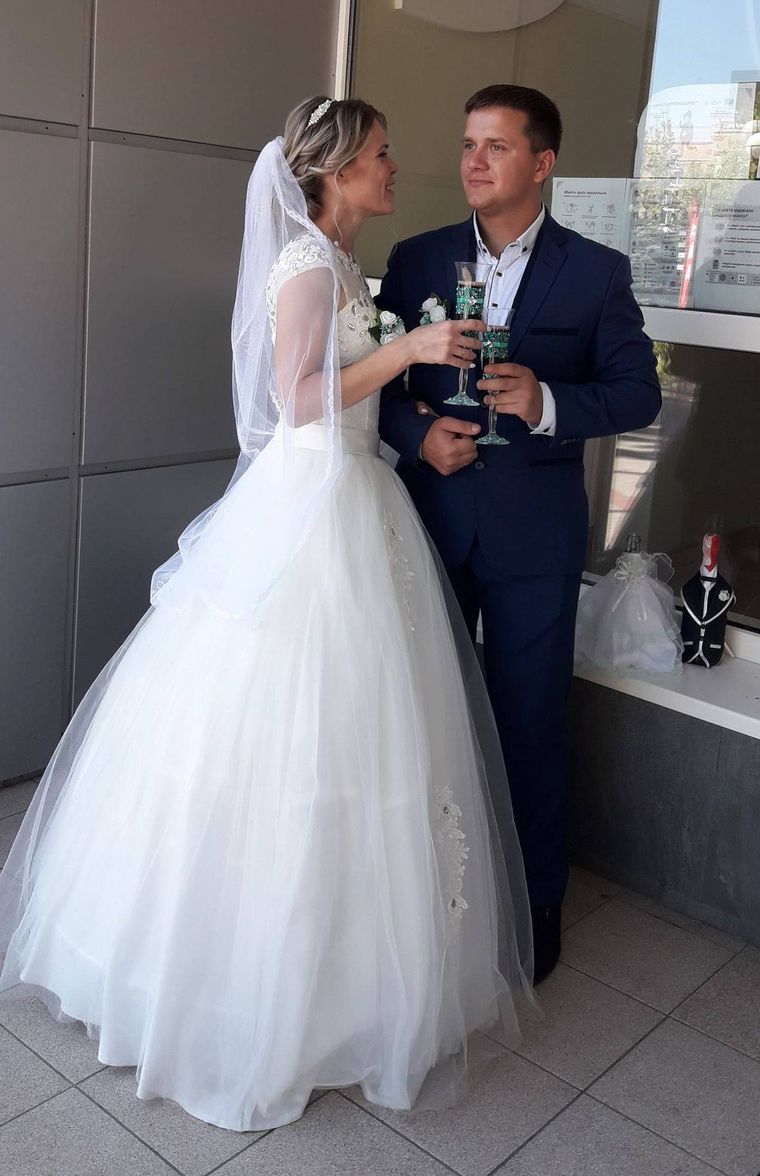 Panteleimon with his wife Yulia

“So they went together to protect us all”

Panteleimon dreamed of continuing his studies in Odesa and eventually taking the position of ship commander. He told chaplain Anatoliy that it might happen that they would meet on some flagship where Panteleimon might be the captain.

And his wife Yulia remembers her beloved saying: “When my brother and I were little, we used to say to our mother: “When we grow up, we will protect you.” So they went together to protect us all.”

Panteleimon’s brother Ievhen is also in the Armed Forces of Ukraine now, in Donetsk Oblast. He could leave for 10 days to bury his brother (the funeral was held on July 1 — ed.). Under the new legislation, if there is a deceased person in the family, the other person can stop serving. Lesia’s mother asked Ievhen to write a refusal to serve, but he answered: “I won’t leave my guys, and I won’t hide behind my brother’s death. I’m going to take revenge”. 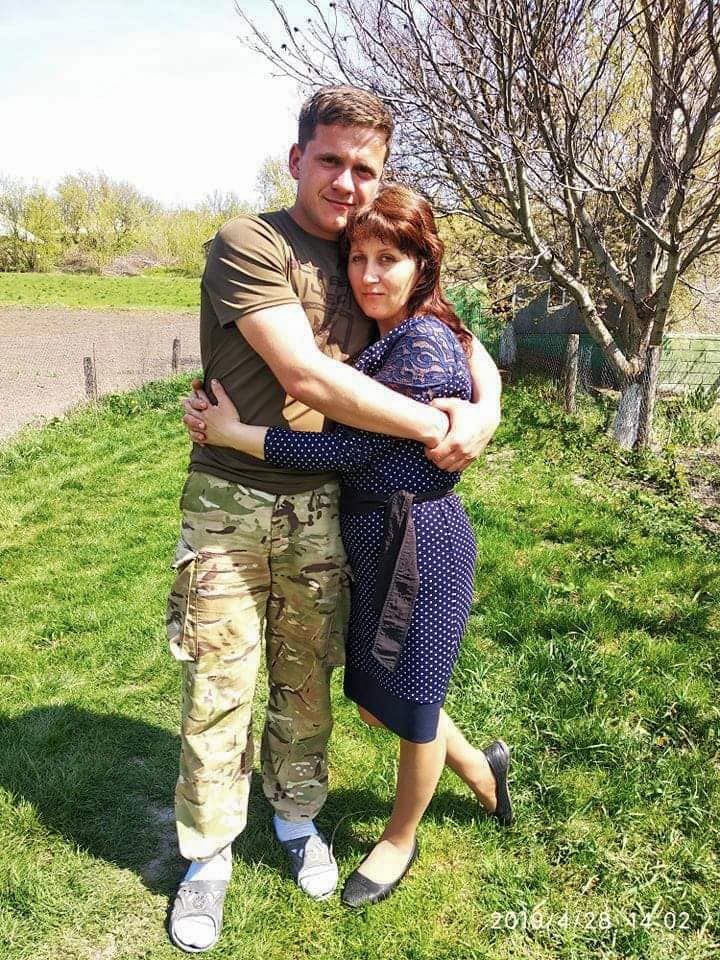 Panteleimon with his mother

He is at home, he sees everything and guards us

On April 8, Panteleimon Sobko was wounded. According to official data, he died on April 23. Due to some difficulties with documents, it took a long time to deliver the body home. His wife Yulia learned about the death of her beloved after the birth of the child, a week before Panteleimon’s funeral. She recognized her husband’s tattoo and wedding ring — they had ordered the rings.

Panteleimon’s mother dreamed of her son twice since his death. Every day, the woman talks to his wedding portrait — she says hello every morning, tells him how Mykytka is and wishes him good night when she goes to bed.

“When I look at that photo, it calms me down. He sees everything, hears everything, and guards us. And I know he’s happy there,” his mother says.

The woman has the support of her daughter-in-law and finds the strength to take care of her grandson and her other children. She also takes care of the farm and organized a volunteer movement in the village — they send food to the front.

“If I were alone, I would already be there, with him, in the grave. This is a very heavy loss. But I promised him that I would not leave Yulia and Mykytka. I try to hold on for them and my younger sons”, the woman says.

When they were already surrounded, Panteleimon said to his wife: “I will go through any challenges to return to you, home.” But it didn’t work out. On May 12, Yulia gave birth to a son and named him Mykyta. Panteleimon died 18 days before the birth of his first child.

This text is part of a special project “In a steel embrace” which collected 34 stories of different people brought together by Azovstal. All of these stories are about hope and struggle, and the desire for freedom and love for Ukraine.