EXCLUSIVE: The True Cost Of Remaining Ukrainian in Crimea
14599

Ukrainian servicemen. Illustrative photo Photo: Telegram / Zelenskiy Official
Germany and Greece finally agreed to transfer infantry fighting vehicles to Ukraine, and the United States and Europe reacted to the mass graves in Izyum. Here is what you may have missed from the previous night.

Germany and Greece agreed on a scheme to supply Soviet-style infantry fighting vehicles to Ukraine. German Chancellor Olaf Scholz announced this military aid at the end of May.

Greece will give Ukraine 40 units of BMP-1 — the first Soviet serial armored tracked fighting vehicle — and in return will receive 40 units of German Marder IFV from Germany.

The United States, the European Union and a number of European countries reacted to the mass graves in Izyum, Kharkiv Oblast, which were found after the de-occupation. For example, U.S. Secretary of State Antony Blinken wrote that the graves "are heartbreaking and should galvanize our support to the brave Ukrainians seeking to liberate their homeland."

The Kharkiv Oblast authorities reported that among the bodies that were exhumed on the de-occupied lands of Kharkiv Oblast on September 16, the vast majority showed signs of violent death.

In addition, President Volodymyr Zelenskyy said that the Russian occupiers were shooting at people's graves in Kharkiv Oblast "just for fun". 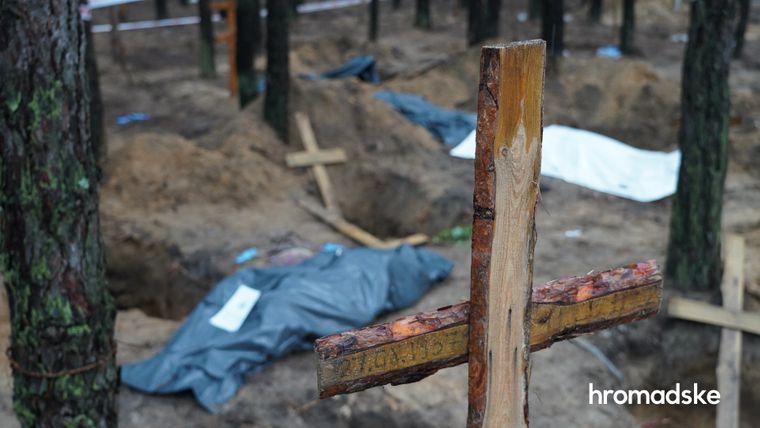 Currently, investigative actions are underway in Kharkiv Oblast in the areas that were liberated from Russian occupation. Zelenskyy said that torture chambers were found there, where civilians of the occupied cities and towns were tormented.

A convoy with 25 trucks with spare parts and other necessary cargo for the operation of Zaporizhzhya NPP, which is still under the control of Russian occupying troops, arrived to Enerhodar.

Military exercises in Belarus have been extended at least until September 24, as evidenced by the schedule of exercises at Belarusian training grounds. The total number of extensions of these exercises amounted to 21 weeks.

The monitoring group Belarusian Hajun notes that the Belarusian army has become more prepared for defensive operations, but it is still not prepared for a large-scale offensive due to the lack of real combat experience.

US denies rumors of talks with Russia

U.S. Ambassador to Ukraine Bridget Brink denied rumors that Washington is allegedly encouraging Kyiv to hold peace talks with Moscow. She called it "an absolute lie" and stressed that only Ukrainians can decide "when and how this conflict should end and when and how to start negotiations".

On the southern front, the Russian occupation troops tried to storm the southern front without success. In turn, the Armed Forces of Ukraine struck at the enemy's locations with aviation and artillery: they destroyed 33 enemy troops and 13 pieces of equipment.

The Dnipropetrovsk Regional Council reported that during the day of September 16, Russians attacked Dnipropetrovsk Oblast with five Iskander-K missiles, three of which were shot down by Ukrainian air defense. As a result of the attack two civilians were killed and three more were injured.

Russian troops have fired 13 missiles at Kryvyi Rih in three days, including the most expensive ones — Kinzhal, said the head of the city's military administration Oleksandr Vilkul.