As part of the implementation of the "grain initiative", on the morning of August 8, the first vessel with Ukrainian crops since February 24 left the port Pivdennyi. The bulk carrier SACURA is bound for Italy, reported the press service of the Ministry of Infrastructure.

The ship joined the caravan with the bulk carrier ARIZONA, which left the port of Chornomorsk for the Netherlands. 60,000 tons of agricultural products are on board both ships.

"Today, the largest Ukrainian port – Pivdennyi – is fully involved in the implementation of the initiative. Thus, all the ports of Greater Odesa are involved in the export of agricultural products," commented Minister Oleksandr Kubrakov.

According to him, the goal of the ministry is to increase transshipment in ports. Within two weeks, they plan to reach a transshipment volume of 3-5 vessels per day.

"We are working with the guarantors of the agreements to ensure that the 'grain corridor' works without interruption and that all safety requirements for shipping are met," he said. 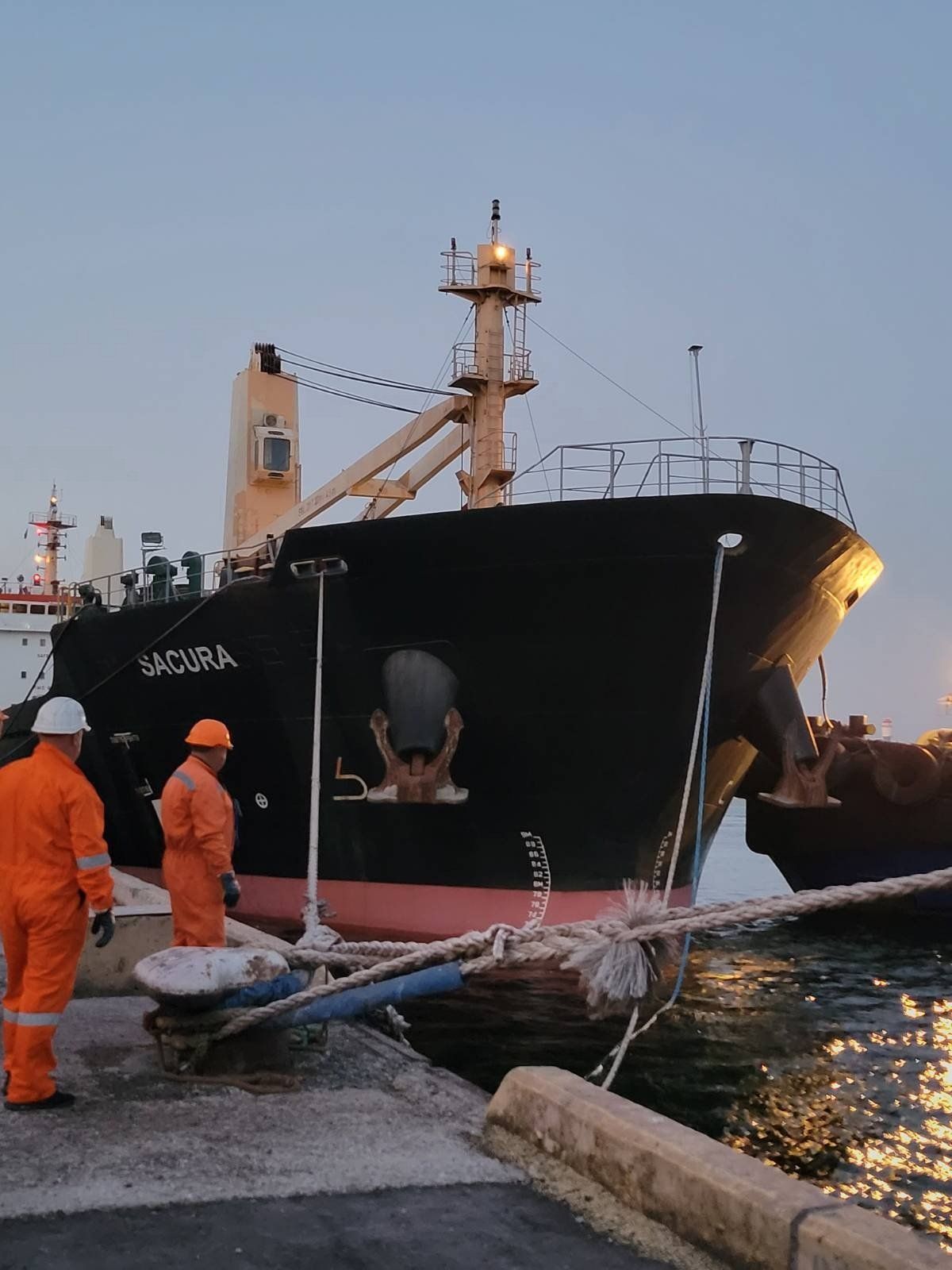 The first ship with grain since the beginning of the invasion left the Pivdennyi port
Photo: Facebook / Ministry of Infrastructure of Ukraine

The first ship with Ukrainian grain left Odesa port on August 1. The ship is moving along a corridor whose safety has been confirmed by the guarantor partners — the UN and Turkey.

The ship RAZONI under the flag of Sierra Leone reached the coast of Turkey on August 2. On August 3, it was inspected by a team consisting of Russian and Ukrainian officials. After that, the ship was supposed to go to Tripoli in Lebanon, where it should deliver its cargo of 26,000 tons of corn.

The import of grain from Ukrainian ports became possible after the signing of the so-called "grain agreement". On July 22, Ukraine signed an agreement with Turkey and the UN on the safe export of grain through the Black Sea. Mykhailo Podolyak, adviser to the head of the President's Office, emphasized that Ukraine did not sign any documents with Russia — the Russian Federation signed a mirror agreement with Turkey and the UN.