“Our Kids”: Crimean Resistance to Political Arrests In Numbers
26677

An exhibition of photojournalist Max Levin, who died in the Russo-Ukrainian war, has opened in Romania Photo: Oleksandr Korniyenko / Facebook

An exhibition of military photojournalist Max Levin, who died at the hands of Russian invaders in March 2022, opened in Romania on June 14. This was announced by First Deputy Speaker of the Verkhovna Rada Oleksandr Korniyenko, who attended the opening of the exhibition.

"Together with Marcel Ciolacu, Speaker of the Romanian Parliament, we opened an exhibition of Max Levin, a military photojournalist who was brutally killed by the Russian occupiers in the Mezhyhirya district of Kyiv Oblast," Kornienko wrote.

He stressed that thanks to the work of Max Levin, the world saw the horrors that took place and continue in Ukraine — in the east and south of the country.

"And even by killing journalists covering the horrific events of this senseless war, the Russian Nazis will not be able to hide the traces of their terrible and shameful atrocities. We will remember everyone who laid down their lives trying to convey to the world what the 'Russian peace' really is," the statement reads. 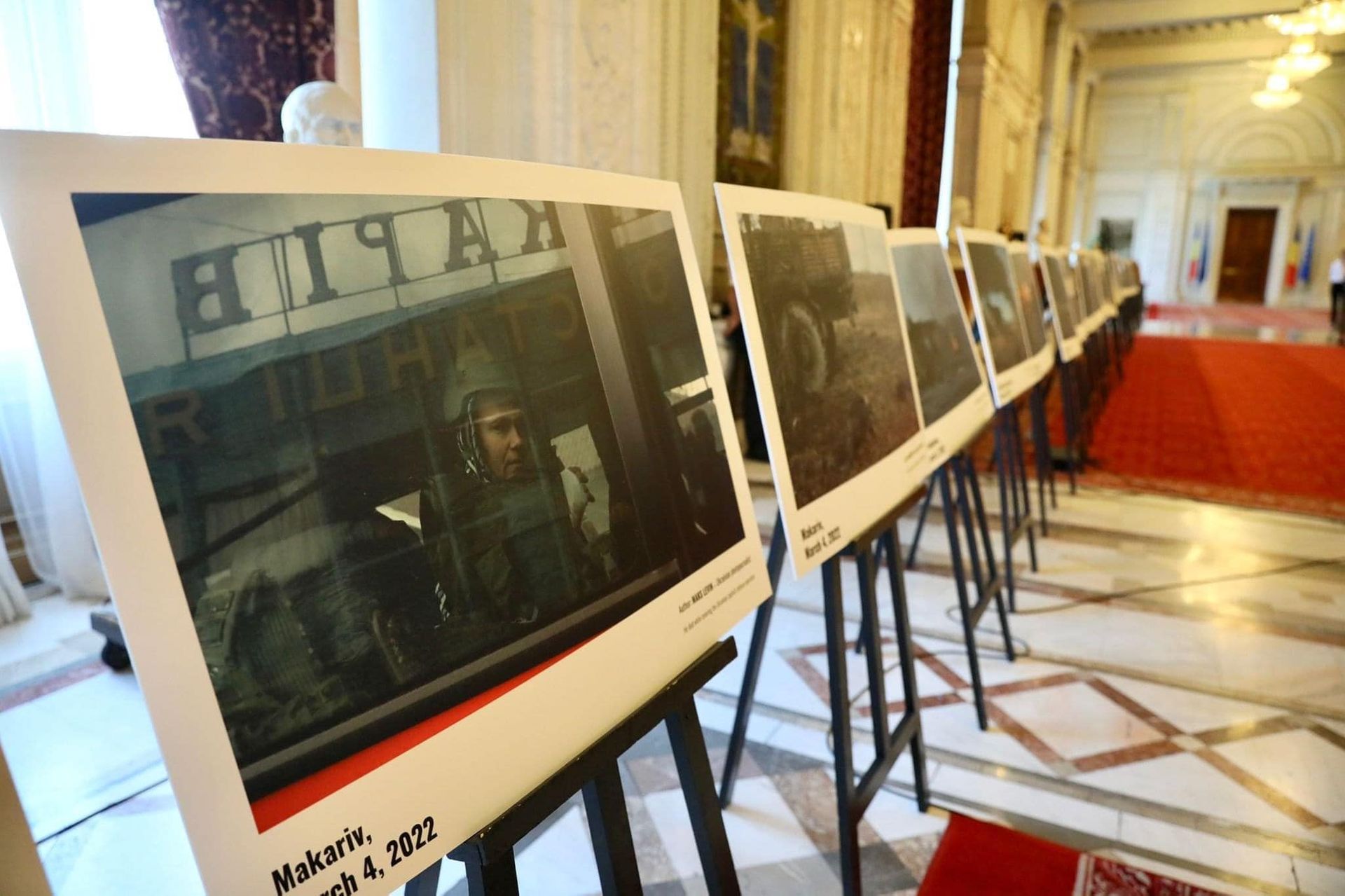 An exhibition of photojournalist Max Levin, who died in the Russian-Ukrainian war, has opened in Romania
Photo: Oleksandr Kornienko / Facebook

The death of Max Levin

On March 13, Max drove his personal car to photograph the fighting in the Kyiv Oblast. He left the car near the village of Huta-Mezhyhirska and went towards the village of Moshchun. At about 11:30 a.m., he got out of reach and no longer appeared online.

The body of the photojournalist was found on April 1. The prosecutor's office is investigating his death. According to preliminary data of investigators, the unarmed Max Levin was killed by the Russian military with two shots from small arms.

He worked as a photojournalist and documentary photographer. Max worked as a videographer and photographer for hromadske, and also collaborated with Reuters, BBC, Associated Press and LB.ua.

Max Levin is survived by four minor sons, a partner and elderly parents.