“I’m the Change”: What It’s Like to Be Feminist in Moldova, Armenia, Ukraine, and Russia
21228

Child abuse is at the center of a major debate in Russian society, provoked by the case of the Khachaturyan sisters. At the end of July 2018, the three girls – 19-year-old Krestina, 18-year-old Angelina and 17-year-old Maria – killed their father, Mikhail Khachaturyan. In court, they explained that their father had tortured them for years and raped the two older sisters.

Despite the fact that the investigation found evidence of violence against the girls, they are still being accused of pre-meditated murder. And Russian society has yet to reach a consensus as to whether their actions were justified.

In general, people are more sympathetic to stories of abuse where the children are younger and due to their age can’t fight back. The recent case of a seven-year-old girl from Ingushetia whose aunt crippled her is just one example. But few stories of children being maltreated actually receive news coverage, which makes it seem as though incidents like these are just isolated cases.

Meanwhile, one in four parents in Russia admits to having beaten their child with a belt at least once; a punishment that wouldn’t provoke any shocking consequences and would hardly make parents compare themselves to the abusers they see on TV. But child abuse is more widespread in Russia than people think.

In an exclusive report, Hromadske’s partner outlet Novaya Gazeta analyzed data from 500 court decisions from January 2016 to June 2019, where crimes were committed against children under the articles of the Criminal Code on torture, neglect, causing grievous or moderate bodily harm or harm to health, beatings, and murder. Here’s what they found.

One day in March 2016 Vanya’s third-grade teacher called his father. She told him that Vanya took other people’s toys without permission and asked him to explain to his son that this shouldn’t be done. That evening, Vanya’s father returned from work and beat him with a wooden rod. The “educational conversation” the teacher had requested ended with his father giving the boy thirty lashes and threatening to cut his hands off with an axe. 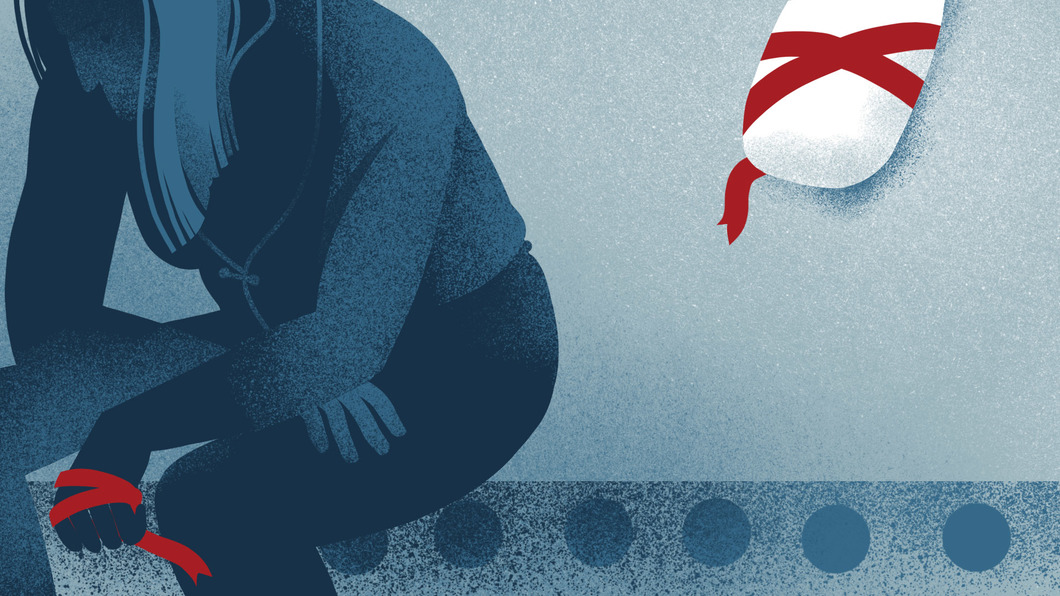 The next day, Vanya felt sick in class. He complained of headaches and the teachers noticed bruises on his face and body. The schoolboy was taken to the hospital. His father was later found guilty under Article 116 of the Russian Criminal Code (beatings) and sentenced to four months' corrective labor and made to pay 10% of his monthly salary to the state.

According to Russians, petty theft, smoking, drinking alcohol, doing drugs and hooliganism amounted to serious misconduct from a child. A survey from the National Institute for Child Protection found that two-thirds of parents surveyed considered physically punishing a child acceptable in such cases.

But in analyzing 425 cases of crimes against children, Novaya Gazeta found that only a few of them involved this type of so-called “serious misconduct.”

The real reason for beatings varied – from a child crying loudly, preventing a relative from working or drinking to children not wanting to go to bed or to go home. Parents beat their children for poor performance in school or refusing to help at home. Very young children were even beaten for vomiting during meals or “to wean them from breastfeeding.”

“Because I stood up/stood up for my mother,” was another reason often found in criminal cases. In 14% of all court decisions involving violence against children that Novaya Gazeta examine, the wives and cohabitants of the defendants were also victims of domestic violence.

According to Alena Prikhidko, a psychologist, psychotherapist and professor at the International University of Florida, physical domestic violence has serious consequences for children.

“There is a fairly large number of studies that prove that physical domestic violence can lead to an anxiety disorder [or] to depression. Very sensitive children who are in a situation of constant violence are predisposed to the development of borderline personality disorder. With regular beatings, a child is psychologically injured. And the consequences of this trauma, if help is not provided in time, can be the same type of aggressive and cruel behavior,” Alena Prikhidko explained. “Nevertheless, if a person is beaten in childhood, this does not mean that they will beat their children or anyone else. There is no direct connection. But there is a connection between a person beaten as a child and his desire to hit, which subsequently comes out automatically.” 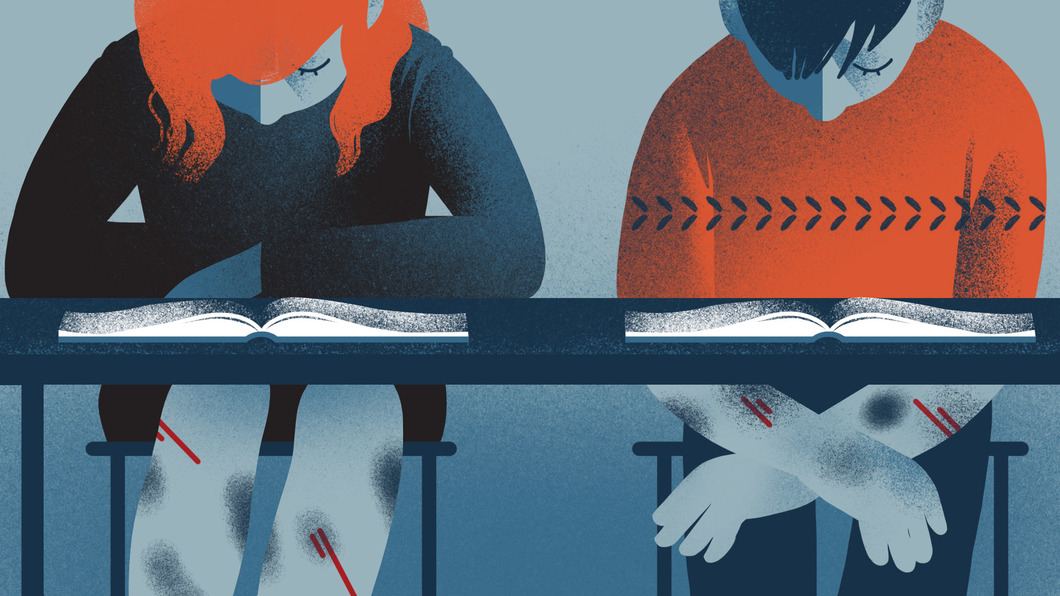 According to Novaya Gazeta’s investigation, in 80% of cases, crimes against children in Russia were committed within their own families. What’s more, punishments for family members that abuse and even kill children have softened overall – and the perpetrators are often simply released, meaning family violence is rarely punished.

This is a result of Russia’s decision to decriminalize domestic violence at the beginning of 2017. Now, there are no consequences for the perpetrators in 80% of cases involving children who experienced torture and/or sexual assault. 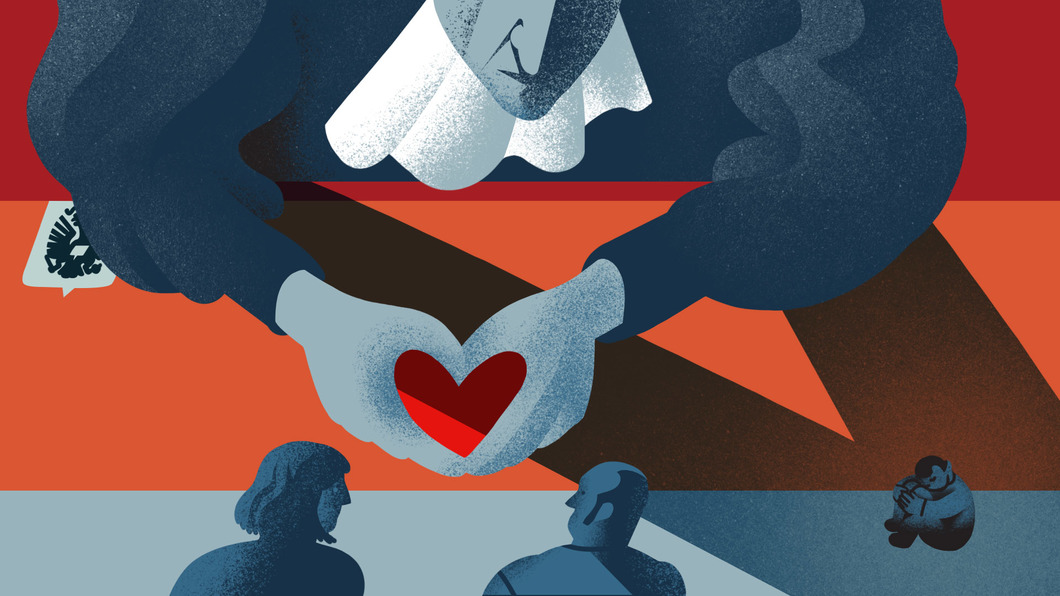 Novaya Gazeta’s investigation revealed that fifteen percent of cases involving violence against children were dropped, most often as a result of reconciliation between the parties. In one case, a mother was not held criminally liable for beating her daughter, because she reconciled with the victim’s representative.

Attorney Anton Zharov believes that in cases involving violence against children, the possibility of terminating criminal cases “in connection with the reconciliation of the parties” constitutes a legal loophole.

“Such crimes should not remain without consequences. But the [reconciliation of parties] law is not prohibited and some judges are just too lazy [to deal with it]. It’s easier to write a resolution on a reconciliation than a sentence. The question here is not whether or not the person should be forgiven, but that the perpetrator is avoiding punishment. Even if a child has forgiven their parent, the state should have the right to hold that person accountable. Otherwise, the perpetrator gets the wrong signal,” the lawyer said.

Several cases were also closed in accordance with the law adopted in 2017, which decriminalized domestic battery. The amendments made to Article 116 of the Russian Criminal Code, on beatings, eliminated criminal liability for violence against family members (“close persons”), if it was a first offense and did not lead to any consequences other than physical pain.

But in at least one decision the courts made publically available involves a case of systematic violence, which, after the adoption of this law in 2017, remained virtually unpunished.

Over the course of a year, a stepfather beat his two stepsons, even kicking one of the children in the ribs while he was already lying on the ground. The criminal case was reclassified from Article 117 (torture), to Article 116 (beatings), because the court did not have any “objective evidence that the defendant had the single intent of inflicting systematic beatings.” The case was then completely dismissed because the decriminalization amendment was passed while it was being considered, thereby eliminating “the criminality and punishability of the defendant’s actions.”

Even before article 116 was decriminalized, the vast majority of defendants accused of beating children – 85% – were only sentenced to corrective or forced labor, most often for four months. Punishments for beating children were generally not severe and charges were often dropped due to the reconciliation of the parties.

Article 156 of the Russian Criminal Code also deals with child abuse, convicting parents who did not fulfill their responsibilities in raising minors. The documents from these cases describe in detail children living in conditions where they are starving, living in unheated and dirty rooms, do not have weather-appropriate clothing or toys necessary for development. These children do not receive medical treatment, aren’t fed according to their age and do not comply with standard hygiene. They are left alone on the street or at home with the door open.

Young children growing up in such conditions can contract serious diseases and some even die due to their parents’ carelessness. Women are most likely to be tried under Article 156 and in 70% of court decisions, the defendants were sentenced to corrective or forced labor. The parents were often accused under Article 117 (torture), as well.

But Article 156 is the exception to the rule, with men committing most crimes against children within families. 70% of the defendants found guilty of torture, beatings, battery or murder are fathers, stepfathers, mother’s cohabitants, grandfathers, uncles, and brothers. Novaya Gazeta did not find a single case of a woman sentenced under Article 112 (intentional infliction of minor harm to health).

According to Professor Alena Prikhidko, of the International University of Florida, parents beat their children for two reasons:

“Parents either don’t know another way of educating [them] or can’t cope with their anger. That is, on the one hand, it seems to them that a beating is the only thing the child responds to, but this is an illusion. When parents come to therapy they understand this, because if this method was effective, it would not have to be applied constantly for the same reason,” Prikhidko said. “Alternatively, parents can’t cope with their emotions. Their aggression hides several other feelings: it could be anxiety, fear, some kind of grudge [or] shame for their child. In Europe and the U.S.A., these parenting norms are becoming a thing of the past. There is a tendency towards ending corporal punishment because its harm has been proven.”

﻿﻿﻿It was under this article that the investigation confirmed that the Khachaturian sisters experience abuse and sexual violence at the hands of their father. A neighbor knew that he had been abusing his daughters for many years – she often heard screams coming from the Khachaturian’s apartment. But she didn’t intervene, because she believed they were “being nurtured” in the﻿re. ﻿﻿

/Adapted by Eilish Hart, with materials from Novaya Gazeta (1, 2). Courtesy of the Russian Language News Exchange.

Russia
More on this topic
4422