Russia is Struggling with a Shitty Problem. Literally.
966

“Our Kids”: Crimean Resistance to Political Arrests In Numbers
8455

Thousands of unique artifacts have been found in the Kyiv office of former Ukrainian MP Valery Horbatov, who headed the Council of Ministers of the Autonomous Republic of Crimea in the early 2000s. The collection is worth several million dollars. Probably, historical artifacts were stolen from Crimean museums and bought from "black archaeologists".

The artifacts were found as part of a criminal case on financing the self-proclaimed "DPR", withdrawing money to Russia, as well as doing business in the occupied Crimea.

Law enforcers investigated illegal activities of Horbatov (the People's Deputy of Ukraine of III-IV convocations and the former chairman of Council of Ministers of the Autonomous Republic of Crimea) and other connected participants. In the process, investigators learned that Horbatov has relics and "black" archaeological finds.

According to investigative information, the former deputy fled from Kyiv to the occupied territories on the eve of all-out Russian aggression. Law enforcement officers conducted six simultaneous searches, and found more than 6,000 items of historical and cultural values ​​in one of Horbatov's Kyiv offices. Part of the collection was stored in pre-prepared "secret rooms" of office space.

According to Venediktova, law enforcement officers found the largest collection of antiquities, part of which is now presented in the Museum of History of Ukraine. 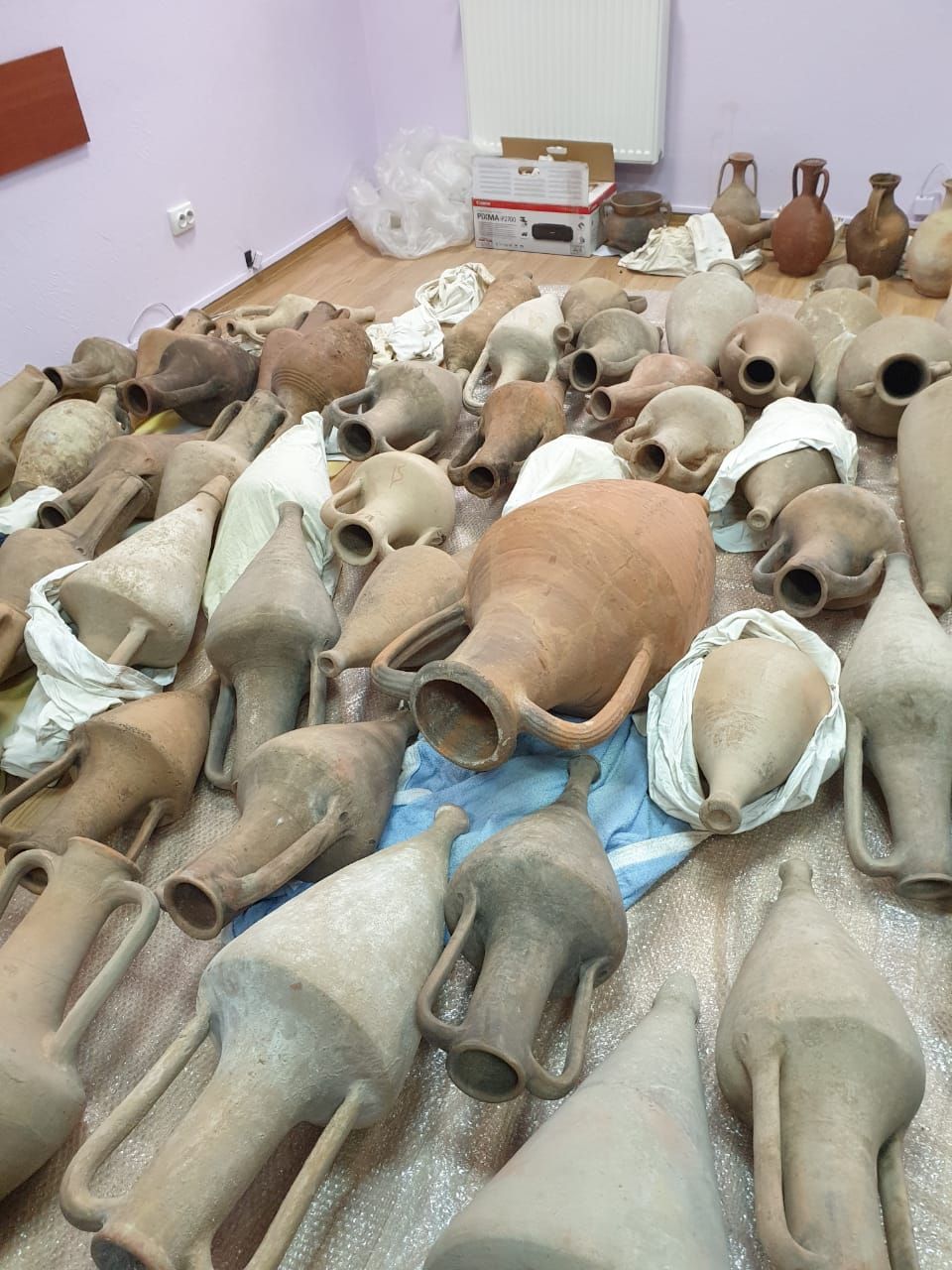 A collection of antiquities confiscated from former MP Valery Horbatov
Photo: Office of the Prosecutor General

Experts from the National Museum of History of Ukraine involved in the search believe that the historical artifacts belong to the Bronze Age and the Late Middle Ages. Among the finds, in particular, were Scythian swords-akinaki, chain mail of the XXII century, helmets of the Hellenistic era and utensils of the Trypillia culture.

And the found collection of coins experts geographically attribute to the Southern Black Sea coast of times of the Chersonese State, the Scythian and Bosporus Kingdoms and the city-state of Olbia, that is V-I centuries. BC. 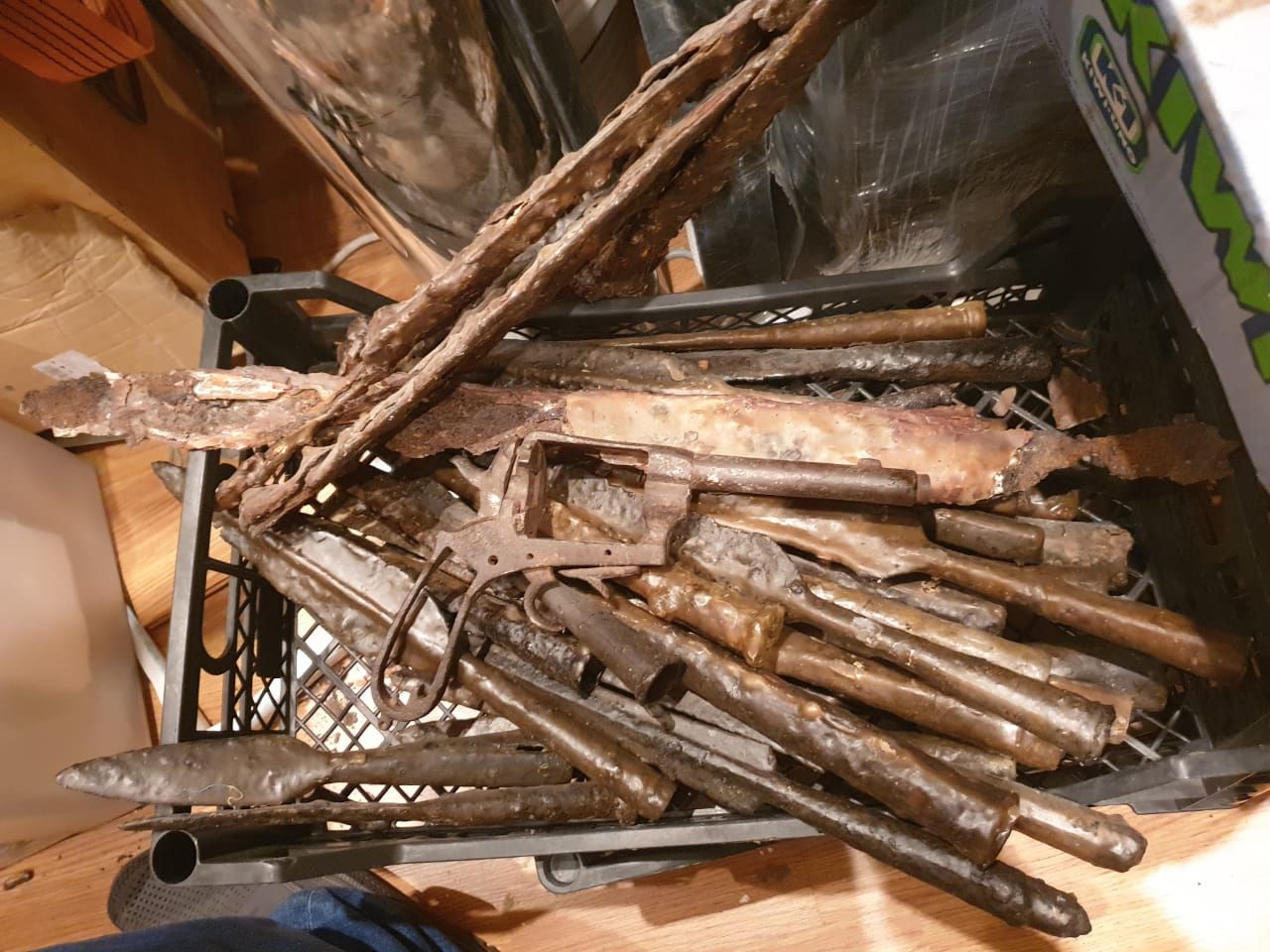 A collection of antiquities confiscated from former MP Valery Horbatov
Photo: Office of the Prosecutor General

According to police, part of the collection was probably stolen from the museums of the temporarily occupied Crimea. During the search, they found, in particular, an ancient book "Sarcophagi of Gaul" — it was an exhibit of the Russian Archaeological Museum of Constantinople, and later part of the library of the Chersonese Museum in the Crimea.

According to preliminary data, the collection, which has more than 6,000 exhibits, costs several million dollars. The found artifacts were transferred to the National Museum of History of Ukraine. In the future, it is planned to appoint a forensic art examination to establish the cultural value of the objects.

Minister of Culture Oleksandr Tkachenko said that most of the objects are unique and have exceptional cultural, scientific and artistic significance. They are not represented in any museum of Ukraine. 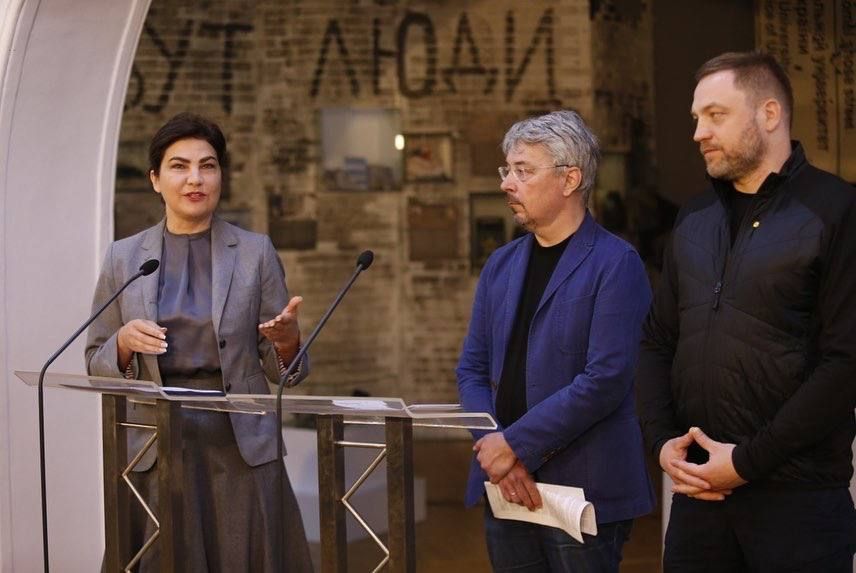 The confiscated property was transferred to a museum for storage
Photo: Oleksandr Tkachenko

According to the State Bureau of Investigation, Horbatov is a collaborator and is closely associated with the so-called head of the annexed Crimea, Sergei Aksyonov, with whom he has a joint business. And Aksyonov's wife gave him a power of attorney for the right to use their property. 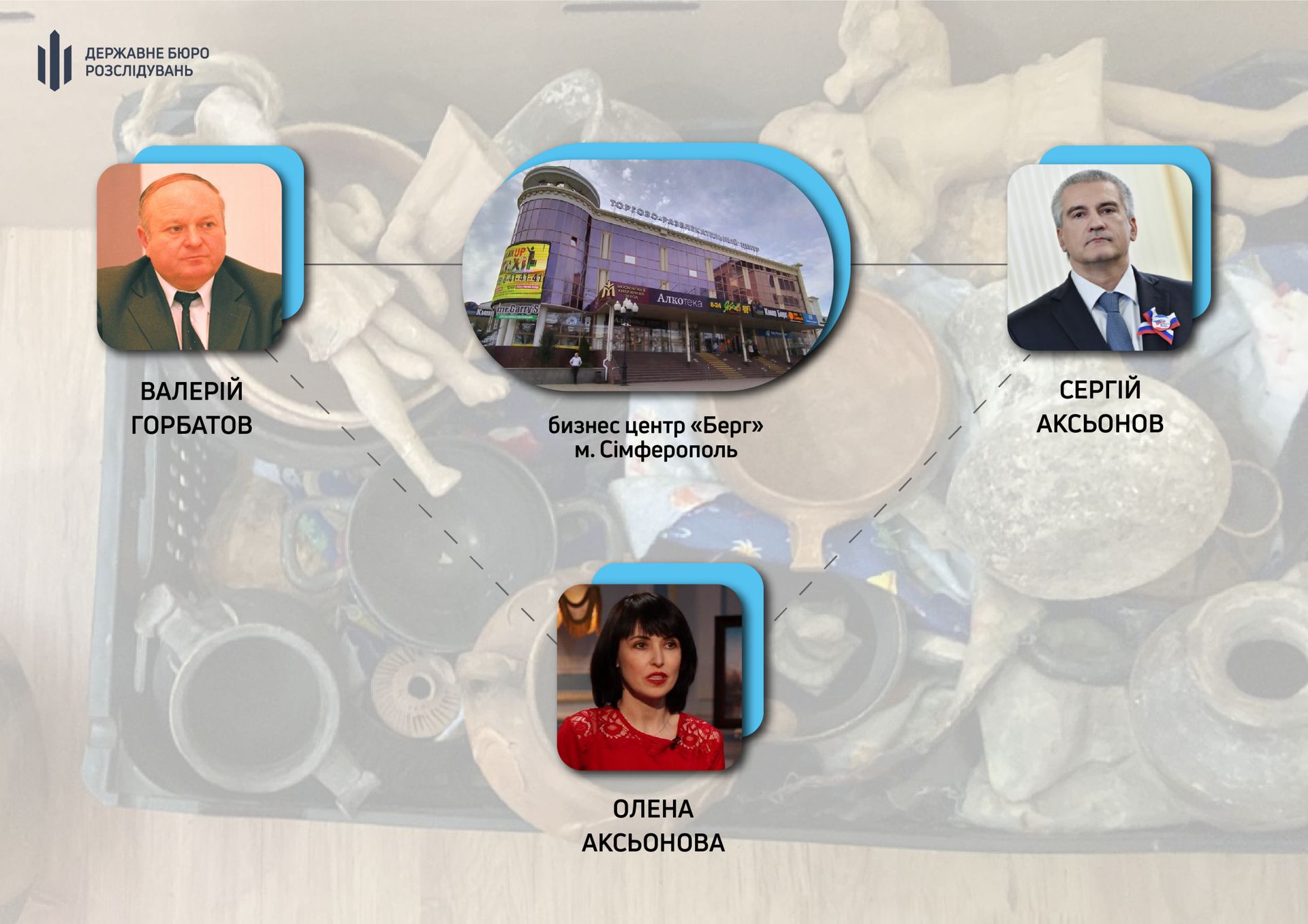 In addition, Horbatov is directly involved in the activities of the Horlivka Paper Mill and the Charitable Union (BS) LLC, which operate in the temporarily occupied territory of Ukraine, pay taxes there and, in fact, finance illegal armed terrorist groups.

Firms affiliated with Valery Horbatov also operate in the temporarily occupied Crimea. In order not to "stay above the radar", Horbatov's business in the occupied part of Ukraine is registered to his son, nephew and other proxies.

SBI Director Oleksiy Sukhachov said that the agency's investigators had gathered irrefutable evidence of Horbatov's involvement in financing actions aimed at overthrowing the constitutional order in Ukraine, changing its borders or state border, and justifying aggression against Ukraine.

The pre-trial investigation under Part 4 of Art. 110-2 and part 3 of Art. 436-2 of the Criminal Code of Ukraine is ongoing. The sanction of these articles provides for punishment of up to 10 years of imprisonment with deprivation of the right to hold certain positions or engage in certain activities for up to three years and confiscation of property.