A Hello to Arms: Is There a Black Market for Guns in Ukraine?
8895

During Volodymyr Zelenskyy's visit to the United States, the parties released a statement on strategic partnership, which in essence is a policy document, the lion's share of which relates to defense. Agreements have also been signed between the Ministries of Defense of Ukraine and the United States and separately by state concern Ukroboronprom with a number of American companies. After that, US senators visited Kyiv, during which "defense" was also one of the main topics.

hromadske’s Ivan Bukhtiiarov explored whether these documents and contacts will really strengthen the Ukrainian army and "defense", or they are mere non-binding declarations.

The joint statement of Ukraine and the United States on the strategic partnership contains five sections. The first and lengthiest is dedicated to security and defense. In it, the United States promises to "continue to work to bring Russia to justice for its aggression."

It also spells out Ukraine's commitments: to carry out defense reforms in line with NATO standards, to increase the transparency of military procurement, and to reform corporate governance. 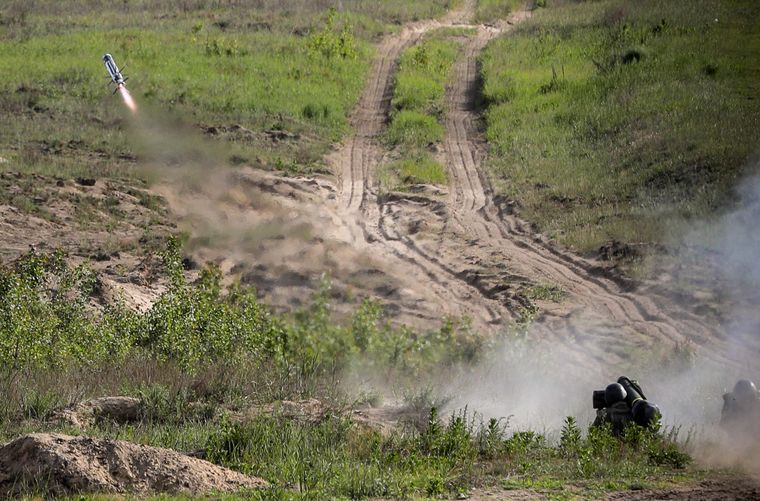 The United States has also announced that it will provide Ukraine with another $60 million in security assistance (the 2021 budget for the purchase of equipment and weapons for the Armed Forces is almost $861 million). This money will be allocated, in particular, for a new batch of portable anti-tank missile systems Javelin.

Volodymyr Pikuzo, head of the “Defense Industry” program at the Ukrainian Institute for the Future, believes that the sale of American weapons to Ukraine is an important signal for other suppliers.

"Leading countries in the arms market do not sell us lethal weapons," said the expert. "Above all, just not to pick a fight with the Russians. And secondly, because there is no positive experience in supplying Ukraine with lethal weapons. And the United States is thus sending a signal to the market: ‘Ukraine can be armed, we are doing it’."

But what exactly the promised $60 million will be spent on is not yet known.

"The question is on what terms we will be given this money," says Pikuzo. "It is possible that the entire amount will be spent on Javelins - launchers and missiles. It will be both positive and negative. The positive is in the armament of our army. The downside is that it is in the field of anti-tank missile systems that we can manage ourselves. We have a design bureau ‘Luch’, which can create ATGMs, which will be direct competitors of Javelin. But if we now buy American ATGMs for more than $37 million, the Ministry of Defense will no longer require domestically produced ATGMs."

The expert considers the amount of assistance from the United States quite substantial:

"I take claims that this is not enough for Ukraine with a grain of salt. To put it into perspective: it costs up to $40 million to set up the production of certain types of weapons. We need $55-60 million for the cartridge factory. And here they just gave them to us! For this amount, you can buy enough portable anti-tank missile systems to unleash hell on any enemy tank unit."

He surmises that, aside from the Javelins, this money can be used to buy sniper systems and small arms.

Oleksiy Melnyk, co-director of the Razumkov Center's foreign policy and international security programs, believes that the Americans will supply us with the same weapons and equipment as before. Naval forces, air defense, and communications may be prioritized.

It should be noted that during the recent meeting of the Minister of Defense of Ukraine with the delegation of the US Congress, American senators promised to help strengthen air and missile defense.

The agreements concluded by the head of Ukroboronprom Yuriy Husiev with Lockheed Martin Corporation, Harris Global Communications Inc., Global Ordnance, Day & Zimmermann Lone Star LLC could also give some idea of ​​the areas of cooperation.

Lockheed Martin is the largest supplier of military equipment to the US Army. Its most famous products are the Javelin anti-tank system and the F-16 fighter (now the company produces its newer modification - F-35). 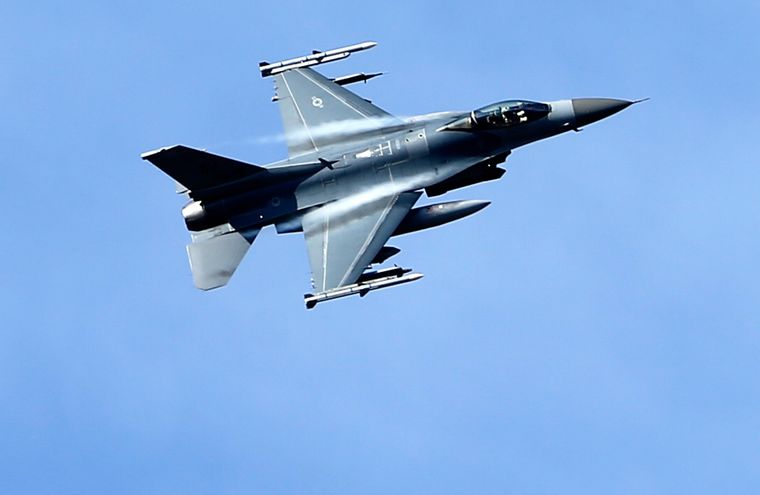 It also specializes in the production of tactical missiles, air and missile defense systems, as well as high-precision air-to-ground weapons.

In 2019, NASA selected 11 companies to produce prototypes of spacecraft for landing on the moon. Along with companies that specialize in space flights, such as SpaceX and Blue Origin, the list also includes Lockheed Martin.

The company itself announced that it had signed a long-term cooperation agreement with Ukroboronprom. Preliminarily, to the tune of about $500 million.

"This strategic agreement will enable the government of the Ukraine to leverage Global Ordnance’s vast supply chain and manufacturing partnerships in the United States and around the world to obtain a myriad of defense items, technologies, and production capabilities that are needed to strengthen Ukraine’s military and defense industry infrastructure," the statement reads.

Global Ordnance also buys TNT for the US Army from the Zorya plant in Rubizhne in the Luhansk region. Oddly enough, this company is controlled by the leader of the party Opposition Platform - For Life, Yuriy Boyko. Recently, the Boyko family assumed full control of this asset.

However, experts are still skeptical and are not sure that there is anything material under the signed agreements.

"Ukroboronprom is a subject of management, an apparatus of employees that ensure the interaction of state-owned enterprises. Specific agreements on cooperation with the United States could be concluded only between enterprises. And if the concern signed it, it was some kind of declaration," Pikuzo is convinced.

Melnyk also doubts that the memoranda will have practical consequences.

"The issue of investment in production capacity, in joint production cannot be resolved by a memorandum. There are problems with the protection of these investments, with Ukrainian legislation, Ukrainian courts. For a powerful American partner to want to deal with a Ukrainian company, it must meet certain criteria. Transparency is key. There should be no concerns about corruption or compliance with international standards," he said.

At the same time, Melnyk adds that one of the realistic options for cooperation is an agreement on the promotion of Ukrainian defense products on international markets.

An ally, but without status

Some experts believe that the status of a major non-NATO ally of the United States (MNNA) could expand support for Ukraine.

"At the current stage, this would be significant support. Largely political. Although it has significant practical potential. It provides for quite big opportunities for expanding cooperation," says Melnyk.

In 2014-2019, Kyiv and Washington made strides towards Ukraine gaining this status. However, it was not mentioned publicly during the talks between the presidents of Ukraine and the United States. During a debate in the Ukrainian parliament, Serhiy Rakhmanin, a member of Golos faction, claimed that the United States had made it clear that Ukraine would not receive this status.

That is probably why the Servant of the People MPs did not support the appeal to Congress to grant this status.

"It does not give significant advantages, but will really irritate our opponent in the east. Therefore, there is no reason to believe that this status will be obtained in the near future," Pikuzo assures.