Will Ukraine Get Its Own Unified Orthodox Church?
14097

Consequences of the Russian shelling of Pokrovsk and the village of Hryshyne, Donetsk Oblast, June 15, 2022 Photo: Facebook / Pavlo Kyrylenko

In the Luhansk Oblast, the Russian occupiers are trying to attack from nine directions simultaneously, President Volodymyr Zelensky has confirmed his participation in the G7 and NATO summits, and in Donetsk and Sumy oblasts the Russians have again launched missile strikes. Here is what you may have missed from the previous night.

Attacks in the Luhansk Oblast

The Commander-in-Chief of the Armed Forces of Ukraine, Valeriy Zaluzhnyi, said that the enemy in the Luhansk Oblast had concentrated its main strike forces in the north of the region and was trying to attack from nine directions at the same time.

"Severodonetsk is a key point in the system of defense operation of Luhansk Oblast. The city cannot be considered in any other way," Zaluzhnyi stressed.

President of Ukraine Volodymyr Zelensky has confirmed that he will take part in the G7 and NATO summits. The NATO Summit will take place in late June. The format of the president's participation has not been specified. Earlier, it was reported that at this event, NATO leaders plan to agree on a comprehensive package of assistance to Ukraine.

Another missile strike on the Donetsk Oblast

Donetsk regional governor Pavlo Kyrylenko, said that on June 15, the Russian occupiers fired rockets at Pokrovsk and the village of Hryshyne in the Donetsk Oblast. As a result, two civilians were injured, destroying and damaging at least 14 private homes, a meteorological station and a farm that killed about 30 animals. 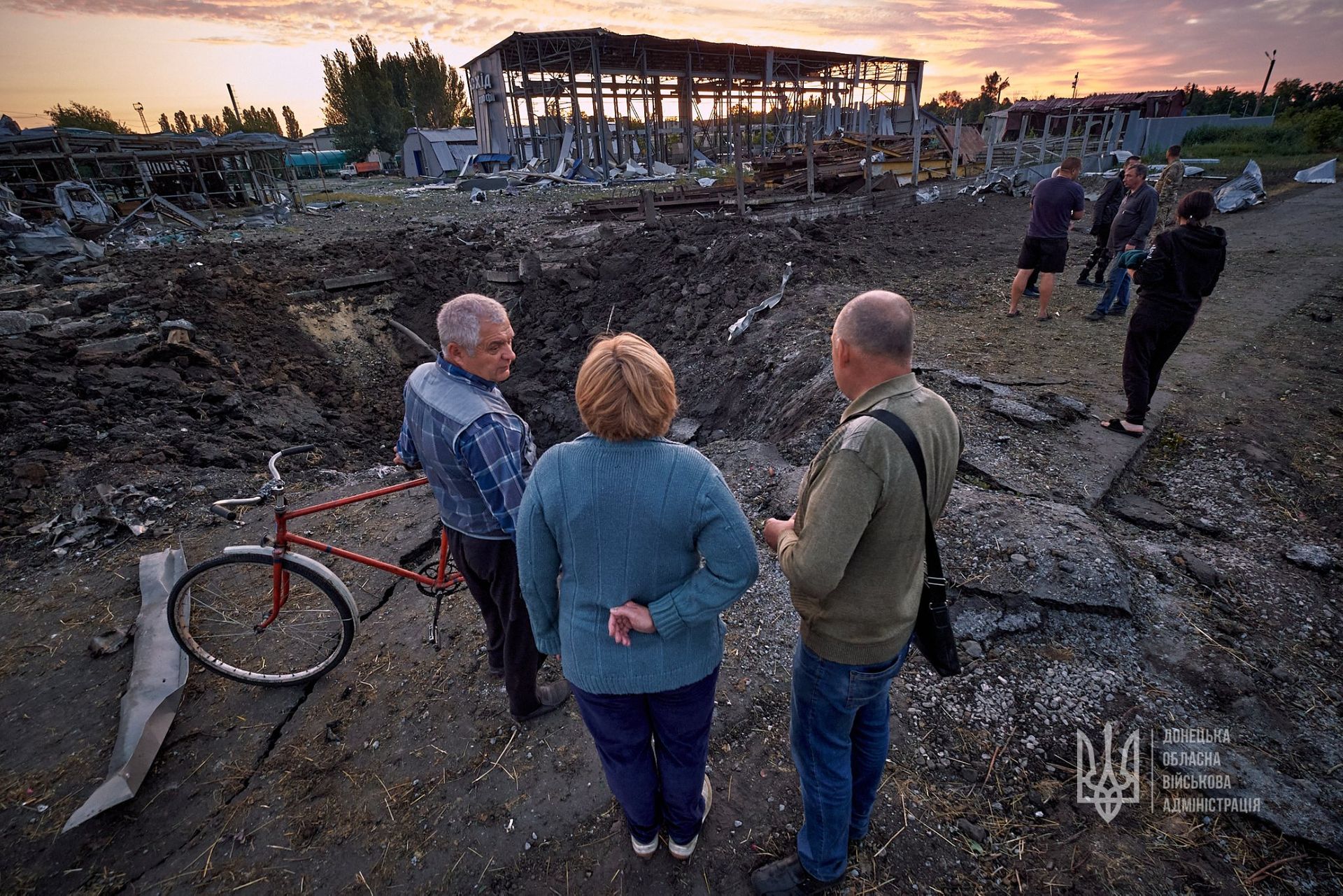 Consequences of the Russian shelling of Pokrovsk and the village of Hryshyne, Donetsk Oblast, June 15, 2022

Death of civilians in Sumy Oblast

A car tripped a Russian mine in the Sumy Oblast on June 15, killing three civilians and injuring another one. In addition, the occupiers fired rockets near the town of Hlukhiv, killing one person and injuring six.

In eastern Ukraine, Russian occupation forces fired a missile at a World Central Kitchen humanitarian food train, which was intended for evacuated Mariupol residents, among others.

The organization's Executive Director Nate Mook noted that the attack on the car took place 600 meters from the passenger station, and as a result of the impact, 34 pallets of food were destroyed. Mook released a video of the aftermath of the rocket attack.

This is 600 meters from the passenger station, similar to the Kramatorsk missile attack. They destroyed 34 pallets of WCK food, but I’m grateful nobody hurt. Look at the carnage being inflicted on the people of Ukraine every day. Rail will be fixed & trains will keep going! 💪🇺🇦 https://t.co/zwjbMQw9of pic.twitter.com/4Wrdw01gqq

Russian troops are likely to shell temporarily occupied Donetsk, disguising them as actions by the Ukrainian Armed Forces to contain pro-Ukrainian sentiment in the region and increase mobilization in the so-called "L/DPR", the American Institute for the Study of War said.

Analysts suggest that these provocative attacks may be a response by Russians to Western officials' June 15 statements about increasing military aid to Ukraine.

American MLRS will arrive by the end of June

HIMARS multiple rocket launchers together with ammunition will arrive in Ukraine by the end of June. The personnel is currently being trained to operate them, according to General Mark Milley, chairman of the Joint Chiefs of Staff.

He noted that the United States and its allies have trained 60 Ukrainian servicemen to work with HIMARS, 420 with M777 howitzers, 300 with M109 self-propelled howitzers, 129 with M113 armored personnel carriers and another 100 learned to manipulate drones.