donate
Hromadske UAHromadske RU
AboutWhere to watchAuthors
Contacts
Ukraine
Dubinsky Out. Can One Man Bring About the End of Single-Party Coalition?
59184
Trending
3504

Russian attack on Kremenchuk: the first names of the Russian pilots involved in the crime established
15211

On the first day of February, the Servant of the People faction expelled from its ranks Oleksandr Dubinsky, who was recently sanctioned by the US. It took at least 180 "servants" to do the job. Volodymyr Zelenskyy had previously offered the MP to resign voluntarily, but Dubinsky stood firm. It seemed that the situation would remain in limbo. But the demonstrative demarche of a group of Kolomoisky-Dubinsky deputies during the vote for the appointment of Yuriy Vitrenko to the government was the last straw. The president's office made it clear: they want Dubinsky expelled. Our correspondent Oleksiy Bratushchak looked into the potential repercussions of the situation.

The offer that was refused. Twice

President Zelenskyy remained silent for a fortnight since Washington announced personal sanctions against Dubinsky. He first expressed his position at a closed meeting of the faction on January 25.

"The president has twice suggested that Dubinsky step up to the plate. Dubinsky himself said publicly that this case had a very negative effect on both the faction and the president. And the president appealed to Dubinsky's words, accepting, ‘whatever he said’," Iryna Vereshchuk, a fellow Servant of the People MP explained.

Other parliamentarians also demanded that Dubinsky be expelled from the faction, including the president's representative in the Constitutional Court, Fedir Venislavskyi, Yehor Cherniev, and representatives of the so-called Pavlyuk group. On the other hand, Maksym Buzhanskyi expressed support for Dubinsky.

The man under sanctions himself tried to convince both the president and those present that the United States had imposed sanctions on him by mistake - because of the "denunciation" of the Anti-Corruption Action Center. Venislavskyi denied this: "The United States, as a government, as a whole, an institution that imposes sanctions, cannot impose them on the basis of dubious evidence of guilt."

The faction failed to make a decision: when the discussion ended, a significant part of the deputies had already left the meeting. It was decided that a vote in the faction on what to do with Dubinsky would be held over the next two days: whether to expel him, remove him from a leading position in the committee or ... make a stand for him.

However, the announced voting did not take place on Tuesday-Wednesday. One of the reasons was that important votes were planned in the Rada, so the presidential faction needed every vote. Besides, Dubinsky warned that if he were expelled from the faction, he would be followed by about 30 more MPs. However, those days were the calm before the storm. 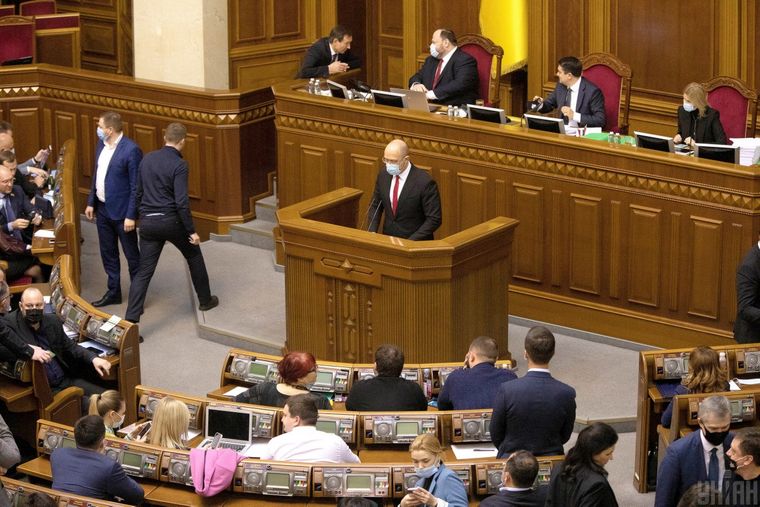 MPs during a sitting of the Verkhovna Rada of Ukraine, Kyiv, capital of Ukraine, January 28, 2021. Photo: UNIAN / Oleksandr Kuzmin

On January 28, there was a second attempt in parliament to appoint Yuriy Vitrenko First Deputy Prime Minister. Zelenskyy personally asked "servants" this favor at a meeting with the faction on Monday. However, the vote fell through for the second time: the presidential faction managed to scrape up only 177 votes in favor (out of 246 MPs in the faction).

It seems that Zelenskyy also felt the fiasco. For the president, this was not just an ordinary appointment. Vitrenko was considered Denys Shmyhal's successor. And the appointment of a deputy prime minister is a preparation for the replacement of the head of government. A year ago, Shmyhal himself followed this path.

And Kolomoisky's group among the "servants", as well as the parliamentary group For Future close to the oligarch turned a cold shoulder to the president’s request. Back in December, during the first attempt to appoint Vitrenko, they supported the motion.

After such maneuvers, the faction may deprive deputies from its electoral list of their seats. Then their place will be taken by the next on the list. But the important point is that almost all the lawmakers from the list are “majoritarians” who were elected in their local constituencies and are free to leave the faction without any consequences for themselves.

Thus, there are at least 24 MPs within the Servant of the People faction who are ready to go against Zelenskyy's will. If they leave the faction together with Dubinsky, it will mean the formal disintegration of the single-party majority and the need to form a coalition. And if the coalition is not formed, a snap election will have to be called.

This is a negative scenario, which Zelenskyy will try to avoid. Because in the next parliament, the Servant of the People will receive a much smaller number of seats. Instead, European Solidarity and Opposition Platform - For Life parties will win the most, so the issue of forming a new coalition will be up to these political forces.

However, this scenario is also unfavorable for Kolomoisky and Dubinsky, because they have a slim chance of getting to the next Rada.

The Servant of the People has voiced a way to prevent the worst-case scenario. "If there is a question of deputies leaving the coalition, there are enough opportunities and configurations in the parliament to keep the coalition viable and make decisions," said "servant" Vasyl Mokan.

Despite the threat of losing the "mono-majority", Zelenskyy decided to forcibly expel Dubinsky. It was the insult at the failed vote that spurred him on. However, there were two other factors.

The first is the understanding that Washington won’t look favorably at further ignoring the issue of the toxic legislator. "We cannot fail to respond to the direct signals of our strategic partner. And the strategic partner claims that Dubinsky and [Andriy] Derkach interfered in the US elections. If we don't react, then we agree that they are good guys," Cherniev said. He is one of the group of MPs who went to the US Embassy to find out the reasons for Dubinsky's sanctions. He assures that the Americans did not make any demands.

Another factor is the position of the pro-Western group of Servant of the People parliamentarians. They have long expressed dissatisfaction with Dubinsky's actions, in particular, because of his constant criticism of Zelenskyy's appointments and activities that contradict the party’s line. After the sanctions, they are convinced that they will no longer tolerate this politiian. "The confrontation has already entered the phase where it’s either them or us," says Cherniev. 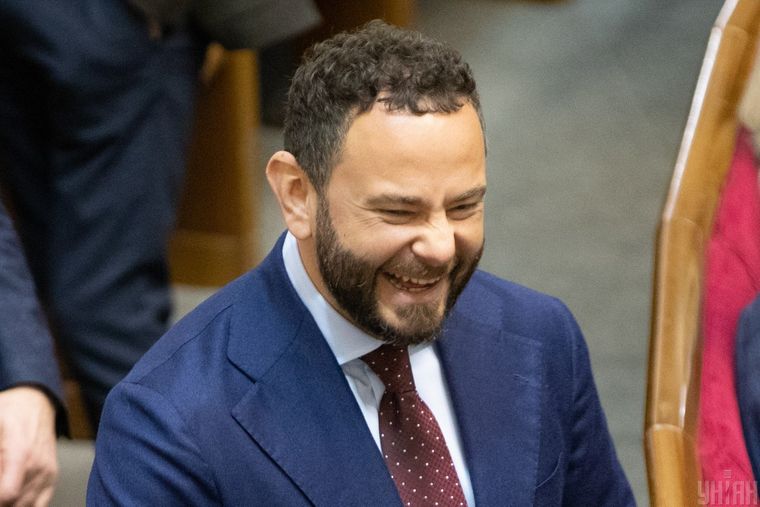 So, on Thursday, the faction began a secret ballot to exclude Dubinsky. As of Friday, about 100 deputies had voted for his expulsion, which was more than half of those who took part.

In response, Kolomoisky's 1+1 TV channel urgently changed the program grid and on Thursday, instead of the planned film, aired a talk show "Right to Power." To do this, they even established a remote connection with the presenter Nataliya Moseychuk who is in hospital due to coronavirus infection.

Almost the entire broadcast was devoted to whitewashing Dubinsky. The announced guests: the head of the "Servant of the People" faction, David Arakhamia, and the "servant" deputy, Oleksandr Trukhin, did not even turn up. Moseychuk was outraged.

The relations of "servants" with 1+1 were tense even before Thursday. The "Right to Power" has become a platform for PR for Kolomoisky's partner Ihor Palytsia and devastating criticism of the presidential political force. The last broadcast confirmed: the two have parted brass rags. It is significant - especially for a channel that made a decisive contribution to Zelenskyy's victory in the 2019 presidential election.

However, all this can still end with mere "flag-wagging": Kolomoisky won’t benefit from permanently burning bridges with Zelenskyy.

And the presidential party hopes that the confrontation will be limited to resolving the issue of Dubinsky. Even though he is called Kolomoisky's man, they are not one. It is much more important for the oligarch to protect his own interests. First of all, from the American justice, which is picking up the pace.

Coalition Servant of the People dubinsky
More on this topic
1920

Lessons Commence for Servant of the People MPs