Ivanka: A Cold Mind and a Heart for War
Editors' Choice
7990

Will Ukraine Get Its Own Unified Orthodox Church?
12689

Servant of the People MP, Chairman of the Parliamentary Committee on Finance, Tax and Customs Policy Danil Getmantsev at the hromadske studio, Kyiv, capital of Ukraine, February 10, 2021. Oleksiy Nikulin / hromadske

The main ideologue of the introduction of cash registers for sole proprietors, a vehement opponent of the shadow economy and one of the "fathers" of the new Bureau of Economic Security. All this describes Danil Getmantsev, an MP from the Servant of the People, chairman of the parliamentary committee on finance, tax and customs policy. He came to the hromadske studio and explained why tax evasion is bad. We give you the run-down of the main talking points from the interview.

On sole proprietors and cash registers

It is difficult to have a dialogue with the SaveFOP movement, because their demand is to abolish the cash registers altogether, and the state cannot do that. We were prepared to discuss fines (incidentally, most of them were abolished on December 1), to facilitate reporting, we were even ready to discuss scrapping fiscalization for really small businesses. But this issue was rejected outright. Their demand is to abolish fiscalization as such. I cannot accept such a requirement.

I believe we should not cater to the rabble if we are making decisions that benefit society as a whole.

The SaveFOP movement is controlled by forces that want to leave everything as it is. Walk down Khreshchatyk, see what kind of stores operate as sole proprietors. They sell fur coats as “FOPs” (sole proprietors - ed.), electronics. Khreschatyk is heaving with “FOPs” (there are so-called “FOP farms”, when large companies disguise themselves as a large number of sole proprietors for tax optimization purposes).

It makes me angry that we are debating whether these things are necessary or not in the first place… whether “de-shadowing” is necessary, whether we should fight smuggling? This is a completely pointless discussion.

Why should Ukrainians pay taxes?

We do not treat the state as our own instrument, which we finance with our taxes. If we evade taxes en masse, we cannot demand from the state to provide the service the way you want it to be - high-quality, affordable, simple, transparent.

You can’t have a perfect service tomorrow, and then start paying taxes the day after tomorrow. We (MPs and the government in general - ed.) do our best to make these services as good as possible. They are of poor quality now - no one denies this. But we have to make them better together, in particular, by paying taxes.

Ukraine will not introduce an additional tax for non-resident tech giants, but will only force them to pay value added tax on the electronic services they sell to Ukrainians.

If the bill is passed, Facebook, Netflix, Google, and other similar corporations will have a simplified mechanism for paying taxes in Ukraine. These are remote registration in the e-office, payment in foreign currency, communication in English with our tax service. That is, everything to make it convenient for them to do it - so they can do it remotely. 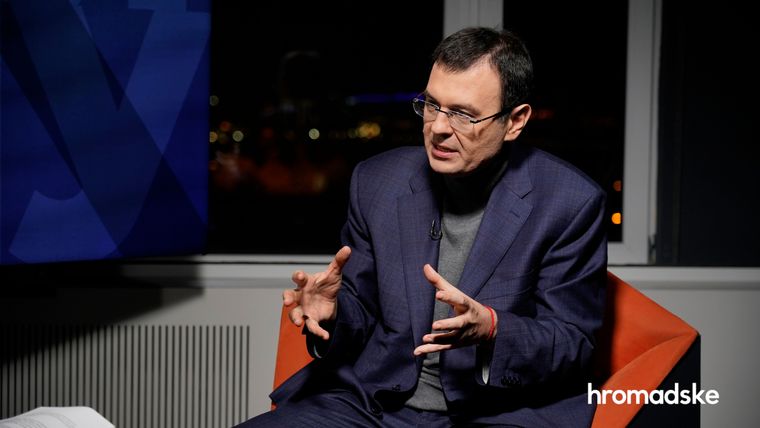 MP from the Servant of the People, Chairman of the Parliamentary Committee on Finance, Tax and Customs Policy Danil Getmantsev at the hromadske studio, Kyiv, capital of Ukraine, February 10, 2021. Photo: Oleksiy Nikulin / hromadske

On the fight against off-the-books employment

We must separate small businesses from medium and large. It is an attempt to force people to work within the legal framework and pay taxes. This is not pressuring, this is a requirement to pay taxes, which is a regular requirement.

Many employers evade [tax] payments, in particular those who register their employees as sole proprietors.

But the government's initiative is still to be studied, the bill was prepared without the parliamentarians. It needs to be discussed, but as a direction, I support this approach. We must fight the shameful phenomenon that is envelope salaries.

But it is impossible to overcome this phenomenon by administrative means only. This requires a review of a number of regulations to ensure that the legislation meets market requirements. This is exactly the de-shadowing we are striving for, and which should come gradually with the growth of the economy.

On the tax on withdrawn capital

It was not approved because it would mean minus 50-70 billion hryvnias ($1.8-2.5 billion) in the annual budget. The party’s program provides for the introduction of such a tax, but I support a truncated version, as in Poland where it's just a tax for medium-sized businesses.

I have drafted a bill, which is being approved by our team and the Ministry of Finance. I am against full implementation, because in no country in the world has it brought in a crowd of investors. This is a myth. It did not lead to any economic growth. This tax is lobbied by big business, but it is immoral to introduce it for them.

Theoretically, the truncated version of the tax on withdrawn capital could be introduced from January 1, 2022.

On the Bureau of Economic Security

"Masqueraids" (masked raids - ed.) are possible under any conditions, even if we abolish the tax police altogether. The BES is primarily designed as an analytical body, but it will be able to carry out operational and investigative activities, because it must do everything necessary for a quality investigation of the crime.

But what should we castrate this body for? So that these crimes are not investigated at all? Do you think that our economic crime rate is lower than abroad? I think it is much higher, so we do need this body.

This is the right decision that gives us a chance. The law itself is not a panacea. It can be distorted in any way at the execution level. And it depends on all of us (how this law will work - ed.)… If we do not make these efforts, this state is [doomed]. 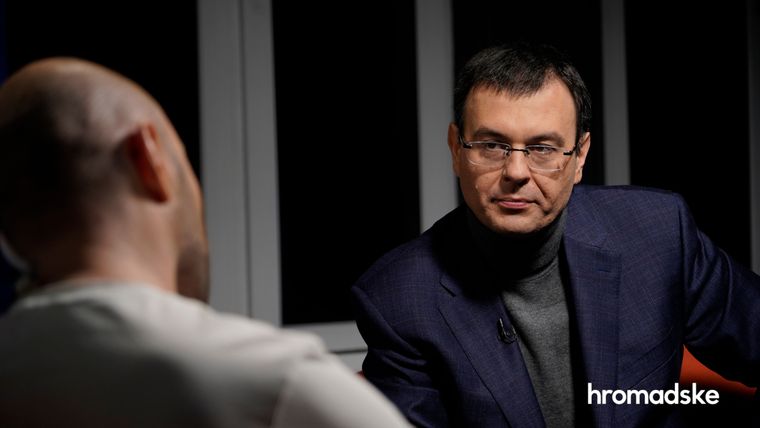 MP from the Servant of the People, Chairman of the Parliamentary Committee on Finance, Tax and Customs Policy Danil Getmantsev at the hromadske studio, Kyiv, capital of Ukraine, February 10, 2021. Photo: Oleksiy Nikulin / hromadske

Why he voted for Serhiy Shkarlet as Minister of Education

It was a very difficult decision: there were some very tough discussions within the faction. My good friend Serhiy Babak (Chairman of the Parliamentary Committee on Science and Education) was against this. I think we should support the Prime Minister who is forming his team. He has political responsibility, and we should not hinder him in personnel decisions. I was inclined to support the prime minister at the last minute.

Another tough decision, I have known Yuriy for a long time personally. We studied at one university, I know his personal qualities. We must maintain the relationship that has existed between us. I realized that this decision would not be passed (and so did Yuriy himself), so I voted as a gesture of respect.

You can also watch the full interview with Danil Getmantsev (in Ukrainian) on "Mokryk Live" on hromadske.

The Sunday Show: How Did the New Government Look?