Zelenskyy at War with Akhmetov, Poroshenko, Medvedchuk. Roundup of 2021
118978

Another Frontline. Kyiv Veteran’s War Is Not Over Yet
Editors' Choice
21391

A Hello to Arms: Is There a Black Market for Guns in Ukraine?
25835

Thousands of people who got injured in the shelling live on either side of the demarcation line in eastern Ukraine nowadays. These are not exclusively servicemen or members of illegal armed groups. Civilians were also injured - during the shelling of residential neighborhoods, bus stops, shops, often even in their own backyards. Many civilians were injured by tripping a mine near their homes. Serhiy Bukov is one of those.

"I went for a walk in my village and came across an explosive device," the man says.

Serhiy lives in the village of Berezove in the Maryinskyi district, where he teaches biology at school and is engaged in micro-entrepreneurship. His house is located 20 kilometers from Donetsk. He has been seeking compensation from the state in court for the injury for four years. As a result of the explosion, he injured his leg so that he had to spend three years on crutches. Bukov underwent nine surgeries. He spent a considerable amount on treatment and rehabilitation. For one of the most expensive surgeries, worth about 450,000 hryvnias ($16,000), he got help from volunteers.

Serhiy says that he spends about 2,000 hryvnias ($72) every month on medicines. Previously, he had spent up to 5,000 hryvnias ($180) monthly. A teacher's salary doesn’t go far. At the same time, he admits that, in addition to physical pain, he also suffers from mental suffering: emotional breakdowns and depression. 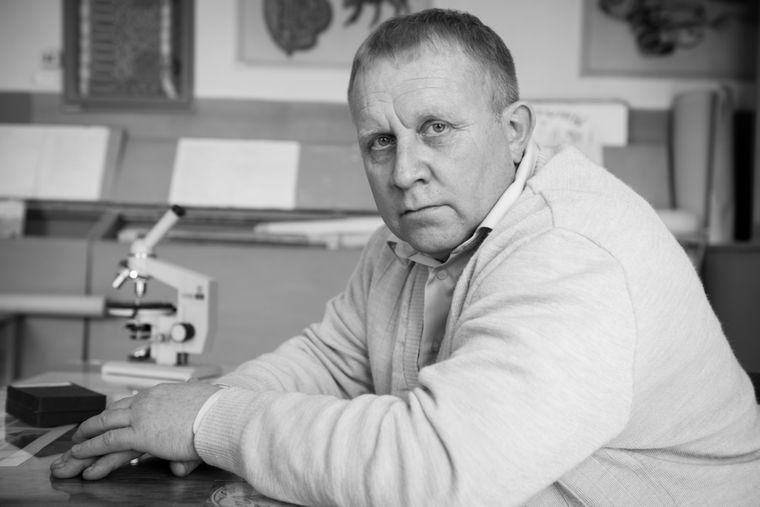 Compensation for the consequences of a terrorist attack? But those were hostilities

When asked why the compensation case has stretched for four years, Leonid Serafymovych, a lawyer with the Right to Protection NGO, says that the trial itself was quite long. In addition, Serhiy Bukov's condition deteriorated during the hearings, as a result of which the defense increased its claims.

The lawyer and the victim explain why they sent a claim for compensation to the state of Ukraine, and not to Russia, which provoked the conflict and supports the armed aggression in Donbas.

The thing is that the order of compensation for injuries from military operations to civilians by the state is not established. At the same time, the ongoing shelling and other acts of violence are classified by law enforcement agencies as terrorist acts. Therefore, the victims and relatives of the victims are suing the state, taking into account the provisions of the law on combating terrorism.

In the practice of Right to Defense lawyers, there were no cases in which Ukrainian servicemen were accused of shelling civilians. That is, the defendant-state admits in court that there was a shelling, but it is not always possible to clearly establish that it was the illegal armed groups or, using the terminology of investigators, terrorist organizations Luhansk and Donetsk “people’s republics" that fired.

"We are aware that a terrorist attack has taken place, but the state is responsible for the norms of international law and certain national laws (anti-terrorism law - ed.). During the court proceedings, there were cases when the representatives of the Department of Justice told us that we did not prove that it was a terrorist attack. Then the question arises: who then fired? Of course, the state has an alternative to say that it was not the terrorist organizations "LPR" and "DPR" that fired, but Ukrainian servicemen. But this would be short-sighted, because we will lose such a lawsuit if the state proves that Ukrainian servicemen fired. But then we will file another lawsuit, and everything will be much more obvious from the point of view of studying the result," explains Oleh Tarasenko, a senior strategic lawyer at the Right to Protection NGO.

He notes that sometimes the defendant (Department of Justice) demands to prove that there was a terrorist attack.

"They say something like this: our guys definitely didn’t kill, but at the same time it's not a terrorist attack. It is unknown who fired. It doesn't sound very reasonable, but that’s what they say. At the same time, the courts are critical of this. We have won almost all cases in appeals," Tarasenko added.

Lawyers refer to international law, according to which the state is responsible, so that when they do find the culprits, they can collect this money from them.

"As the issue of obtaining compensation for the death of a loved one during the shelling is not currently regulated by law, we are using the court procedure to further develop such a normative act, a law that would allow us to do so without going to court," explains Serafymovych.

Appeals take long and payments are not issued

Following the decision of the appellate courts, the lawyers apply to the Treasury for enforcement, but are denied payment. In its responses, the Treasury Service writes that it has no money for such a purpose.

"We believe this is not right. There is a budget article on payments under court decisions guaranteed by the state. We have filed a lawsuit against the Treasury Service for refusing to comply with such decisions, and we have three decisions of the Kyiv District Administrative Court that the Treasury had no right to deny us. That is, the presence of a court decision against the state does not guarantee that it will be executed, but we hope that this will push the state to solve the problem somehow," Tarasenko states.

Lawyers note that public authorities always file appeals and cassations in cases where they are defendants. The situation was especially evident in 2018, when human rights organizations "attacked" the Pension Fund with lawsuits for payments to migrants. By filing an appeal, even if "empty", i.e. without a mandatory court fee, the bodies of the Pension Fund tried to appeal the case to the very end. At the same time, according to lawyers, in many cases there was a 100% guarantee that pension administrations would lose. 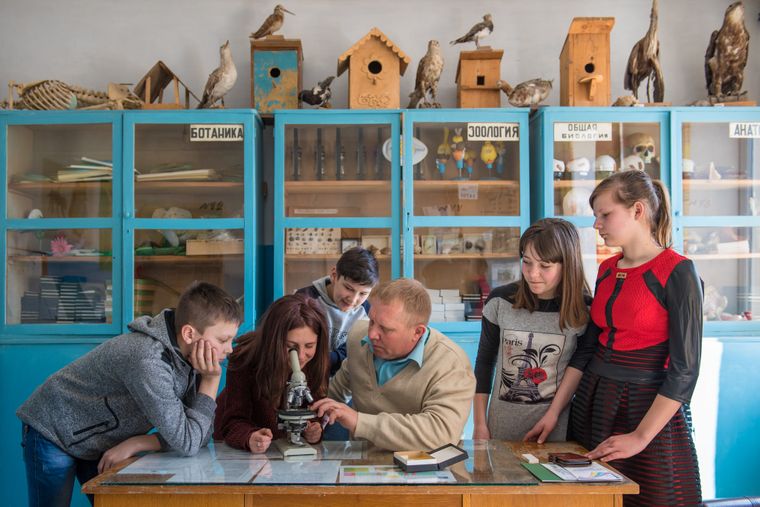 If life is priceless, what compensation to demand?

The amount of moral compensation is set individually for each applicant. Lawyers say that in case of loss of a relative, people can demand a million hryvnias ($36,000).

"If a person's relative dies, it is considered that he or she has suffered morally. The question is that moral damage is determined by a person in view of his inner feelings and is established by the highest court, taking into account all the established circumstances. However, there is such a way of proving as psychological research and obtaining an expert opinion. The person turns to an expert in the field of psychology, who conducts research and determines the approximate amount of non-pecuniary damage caused to the person. This is an objective view of subjective experiences," says Serafymovych.

And his colleague Tarasenko adds: "The court may reduce the amount, but it is still a comparable amount. For example, in one of our cases, the appellate court found that the claimed 2 million hryvnias ($72,000) won in the lowest court was an excessive amount, and awarded one million ($36,000), which is also a significant amount for the victim."

READ MORE: As Ukraine’s Conflict Grinds On, Lawyers Take to the Frontline

How to measure non-pecuniary damage due to injury?

"According to the methods used by experts, we consider it quite permissible to demand compensation for damage in the amount of 1 million hryvnias ($36,000). Of course, this is not a full refund. This is damage that cannot be fully compensated for. But we produce a monetary equivalent that can be a symbolic compensation. It’s not about simple arithmetics. But there is an opinion of experts that the sum could compensate for a number of losses which are connected with the death of the close person," Serafymovych explains.

For example, a relative was dependent on or receiving financial support from the deceased. This must also be taken into account.

A person who has been seriously injured can receive the same amount as the loss of a relative (approximately one million hryvnias). The special examination must take into account all the details of Serhiy Bukov's injury, so that the court can then make a decision on the amount in question.

"I believe that in the presence of severe consequences, when a person has difficulties that change his lifestyle, it is quite possible to demand compensation of the same amount," says Serafymovych.

Instead, the victim himself, Serhiy Bukov, does not expect to receive the payment in full.

"They will make a compromise so that no one says we are violating the principle of social justice. ‘Give a person a hundred hryvnias and let him go,’ that is, they will set a minimum compromise amount, that's clear," he jokes.

The Grand Chamber of the Supreme Court is currently considering several cases of compensation for the families of the wounded and dead, who are also accompanied by lawyers from the Right to Protection NGO. Put simply, the final decision of the Grand Chamber will be an instruction for all Ukrainian courts. However, until a decision is made, the courts may suspend the proceedings in the case of Serhiy Bukov and applicants like him.

"It will be interesting for the court to wait for the practice and study the opinion of the higher court in order to prevent an illegal conviction," Serafymovych said.

Lawyers do not expect to see the decision of the Grand Chamber of the Supreme Court any time soon. 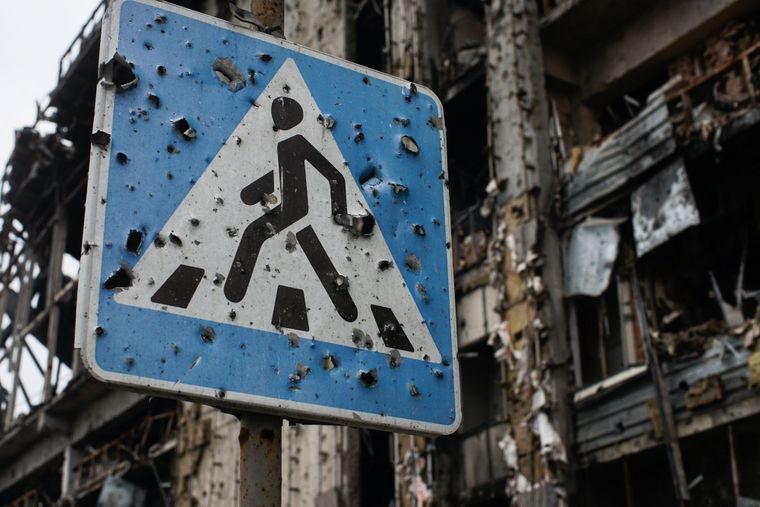 Serhiy Bukov, in addition to compensation, wants to receive the status of a person with a disability, resulting from hostilities. This is important for him, because the injuries were not sustained at work or at home. His application for status in 2018 was one of the first. Three years have passed, but the case has not yet been considered.

Initially, all the wounded during the shelling received a document stating that they had lost their ability to work due to a domestic injury. And this factor did not affect the benefits and pension payments.

"This is ridiculous. If, say, a miner suffers an injury, he has recourse, hospital benefits, sanatorium treatment, and so on. If an ordinary person is injured where the guilt of the state in the generally accepted global context is obvious, i.e. it is responsible for it, the state sends an answer to the request of claim. So I wonder: what do we actually pay taxes for?" says Bukov.

Today, such status can be obtained through the decision of the interdepartmental commission to establish a causal link between injury and hostilities.

But there was a collision in Serhiy Bukov’s story. The village in which he lives has for some time been considered an uncontrolled territory. And the status can be received only if the injury was sustained on the government-controlled territory. Because of this, Bukov was denied this status. That is why he appealed to the court, with the hearings still ongoing. After all, residents of other government-controlled towns and villages manage to obtain the status of a person with a disability, resulting from hostilities out of court, i.e. through an appeal to the interagency commission only. To do this, one must provide the commission with a number of pieces of evidence.

Among those claiming benefits or status, many suffered back in 2014-2016, during the acute phase of the conflict. But people continue to die and suffer to this day. Last year alone, more than 100 civilians in the Donbas were injured and 24 were killed in the fighting.