“Our Kids”: Crimean Resistance to Political Arrests In Numbers
22294

Repressions against the ruling elite in Russia’s autonomous southern province of  Chechnya have been increasing for months, says a new report from ’s partner Novaya Gazeta.

Beginning in August 2019, high-ranking officials belonging to the inner circle of the Head of the Chechen Republic, Ramzan Kadyrov, their relatives, security guards and associates have found themselves illegally deprived of freedom in the cellars of “secret prisons” for anywhere from several days to a few weeks or even months.

Under torture, the detainees have revealed information about illegal businesses and had nearly all their property confiscated. Meanwhile, those who to pay millions in donations to the Akhmad Kadyrov Foundationa fund that Ramzan Kadyrov set up in the name of his late father: the first President of the Chechen Republic, who in 2004.

Thanks to Vladimir Putin’s direct patronage, Ramzan Kadyrov has essentially free in Chechnya. And under his leadership, it has long since become the most region in Russia, where the repression and persecution of minorities and government critics is nothing new. 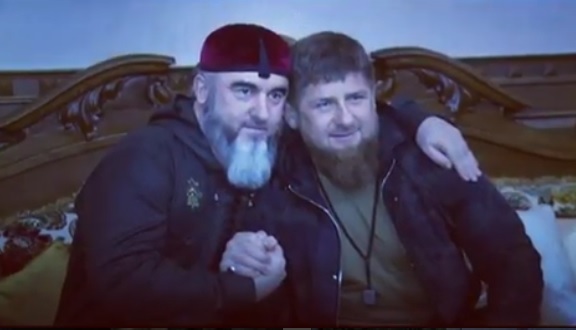 Since August 2019, fear has gripped the ruling elite in as one by one, the Republic’s senior officials have to police cellars and, under torture,  forced to confess their disloyalty to Ramzan Kadyrov.

The crackdown on top-level officials and their relatives is allegedly them having expressed disrespect for the ruling family (the ) during private conversations or meetingsand those they spoke to aren’t being spared either.

The purge began with the dismissal of the Mayor of Argun, Ibragim , who had kept his position as the head of Chechnya’s second most populated city for 15 years, despite being the object of Ramzan Kadyrov’s hostility.

Under , Argun and its “secret prison” based in the city’s police department caught the world’s attention for brutal purges targeting the Chechen LGBTQ+ community, starting in 2017 and continuing until this year.

During his time as Mayor of Argun, developed a fairly large support base and range of ties, including outside of Chechnya. His career and position, which brought his family great wealth, did not depend on Ramzan Kadyrovmaking him  relatively independent officials (as far as this is possible) in Chechnya today.

But it would appear that he is now paying the price for his alleged “disloyalty” to the Kadyrov family, which apparently dates back to 2006.

Back then, a fierce power struggle was taking place between Ramzan Kadyrov and the Republic’s exiled, acting President, Alu Alkhanov. During this time, took part in a meeting with Alkhanov and his supporters in Nalchik, the capital city of Russia’s -Balkar Republic, near Chechnya.

Information about the meeting and who attended later reached Kadyrov and now the effects of “Nalchik conspiracy” are finally making themselves felt.

Last year, two members of the Chechen Parliament, Idris Gaibov and Shamil Magomayev, who had also attended the meeting in Nalchik in 2006, , tortured and lost their mandates.

During the wave of purges this summer, Shamil Magomayev once again. Sources told Novaya Gazeta that Magomayev suffers from heart disease and may not withstand torture.

Idris Gaibov quickly leave Chechnya and to have already left Russia entirely. But since he fled, his close relatives and are still being held by local police. Novaya Gazeta get in contact with the wife of one , but convince her to write a statement about her husband’s abduction, because she is deathly afraid.

was outraged. During his 15 years as Argun’s Mayor he had had plenty of opportunities for his own enrichment. Now, he had not only but was also being made an “Advisor to Kadyrov” a position that was a way of throwing him a bone, but didn’t provide a source of income.

In the three days between his dismissal and his arrest, made incriminating phone calls, in which he explicitly expressed all of his thoughts about Ramzan Kadyrov and his familyin the most politically incorrect way possible.

While talking to various leaders, including officials from all levels of the security forces, fiercely criticized the local authorities and angrily said things like “I don’t change flags,” “I’m faithful to Russia and not these bearded men” and “I serve and will serve Russia, not these idiots.”

found a lot of support among those he spoke with but unfortunately, the phone . And he had expressed dangerous position for someone in Chechnyawhere loyalty to Ramzan Kadyrov (over Russia) has become paramount.

Regardless of the endless oaths of allegiance to Moscow from “Putin’s infantryman” (Ramzan Kadyrov), there is still a tangible divide in the Chechen Republic of the Chechen Warstwo back-to-back conflicts that remain the most traumatic events not only in modern Chechen history but for the whole of Russia.

A Chechen fighter stands near the government palace building during a short lull in fighting in Grozny, Chechnya, in January 1995. Photo: Mikhail Evstafiev

For President Vladimir Putin, who came to power in 2000 (just after the start of the Second Chechen War which went on from 1999 to 2009), taming Chechnya was a turning point that allowed him to power. As a result, relations between the Kremlin and the current Chechen elites are and crucial for the stability of the Putin regime.

That being said, in Chechnya there is still between those elites who were never part of the insurgency and those who were but then switched to the Russian side after the First Chechen War. Since 2003, power in Chechnya has belonged to those former separatists who sided with Russialike Akhmad Kadyrov himselfbut to this day resentments towards Moscow remain among those who always supported Chechen separatism (or as they see it, the Republic’s interests) and feel they have received nothing in return for their loyalty to Chechnya.

Since Ramzan Kadyrov took power as the President of the Chechen Republic in 2007, he has claimed in his father’s footsteps, but has developed a system of absolute power unimaginable during Akhmad Kadyrov’s time. And it’s a system that is irreversibly destroying the fundamental foundations of Chechen society.

In Chechnya today, people swear their allegiance to Ramzan Kadyrov first and only then to Moscowand under no circumstances do they oppose them both. Thus, Ibragim made an unforgivable mistake, for which almost everyone is paying.

Not even the Kremlin’s envoy to the region, Aleksandr Matovnikov (who is essentially a centralized substitute for a governor), successfully intervene on ’s behalf. When Matovnikov tried to stand up for the disgraced Mayor, Kadyrov cut him off so sharply that it made things worse. of Matovnikov’s attempt to protect and even harder. All of which goes to show that Kadyrov has become so powerful that he can even go against Moscow’s will.

Having gained access to the ’s wiretap, Ramzan Kadyrov opened a Pandora’s Box. It turned out that many people close to him were guilty of hypocrisy. After swearing their eternal brotherhood to his face, they insulted him behind his back.

sources have confirmed the detention of:

According to a Novaya Gazeta source, if it weren’t for Ramzan Kadyrov’s wife, Medni , who allegedly asked them “not to finish my sister’s husband,”  who to the basement of the Special Rapid Response Unit (SOBR) and held in the “secret prison” known as “Terek”would his fate, just like Ibragim .

Rumors also circulated online about the detention of the First Deputy Minister of the Chechen Ministry of Internal Affairs, Apti , after he allegedly slapped a portrait of Ramzan Kadyrov during a visit with . He denied the rumors in a response video, but is reportedly now being ignored by other high-level officials.

While the list of detainees is far from complete, it is still extensive. And the detentions and searches are taking place not only in the homes of the “traitors” but also amongst their relatives in their home villages. Hundreds of people are at risk of losing their jobs, and the high-ranking officials themselves, their relatives and proteges are being forced to pen their resignations.

“In principle, to mass repressions. What they’re not accustomed to is such a contingent of detainees,” explains Novaya Gazeta Special Projects Editor, Elena Milashina. “In fact, we are witnessing the first of its kind [in terms of] large-scale cleansing of the ruling elite in the Republic. However, given power built in Chechnya, this to happen.”

/Adapted by Eilish Hart, with materials from Elena Milashina of Novaya Gazeta. Courtesy of the Russian Language News Exchange.