A Hello to Arms: Is There a Black Market for Guns in Ukraine?
31749

Officials in Russia’s most repressive region, Chechnya, tried to “resurrect” the dead as part of a mass cover-up of extrajudicial executions, a new exposé from Hromadske’s partner outlet, Novaya Gazeta, reveals.

At least 27 people were kidnapped and murdered during Chechen police raids in December 2016 and January 2017. Some of the raids were led by none other than the head of the Republic, Ramzan Kadyrov – and video footage of his participation was widely broadcast on federal and local television. Along with pogroms targeting the LGBTQ community, the raids provoked broad news coverage and forced Russian officials to investigate.

A screenshot from a video of a special operation involving Ramzan Kadyrov in Chechnya, January 2017. Video: 360tv ﻿

However, Chechen officials denied that the men in question were missing and tried to pass their siblings off as them. Novaya Gazeta special projects editor, Elena Milashina, cross-identified the victims and exposed the cover-up. Here’s what she found.

After an alleged investigation into the extrajudicial killings, the authorities in the North Caucasus claimed to have found two of the men who were reportedly killed – Shamkhan Yusupov and Makhma Muskiev. The investigator’s report included copies of their passports and claimed that both men denied having been detained, tortured or killed in early 2017. All that time, they “were at home and doing regular things,” the report said.

In September of that year, Russian Commissioner for Human Rights, Tatyana Moskalkova, arrived in Grozny, the capital of the Chechen Republic. The main purpose of the trip was to verify reports from journalists and human rights activists that there had been illegal detentions, torture and extrajudicial killings in Chechnya.

Moskalkova and her staff organized a meeting with two Chechen residents, who presented their passports and claimed to be Shamkhan Yusupov and Makhma Muskiev. The Commissioner had no reason to doubt their claims: she had never seen photos of the real Shamkhan and Makhma, and the passports really did belong to the deceased.

But the people who had come to meet with Moskalkova were their siblings, who had been forced to impersonate the dead. Moreover, Shamkhan Yusupov’s brother was like his doppelganger – the two were identical twins. Apparently, this is where the idea of “resurrecting” Shamkhan Yusupov and Makhma Muskiev came from. 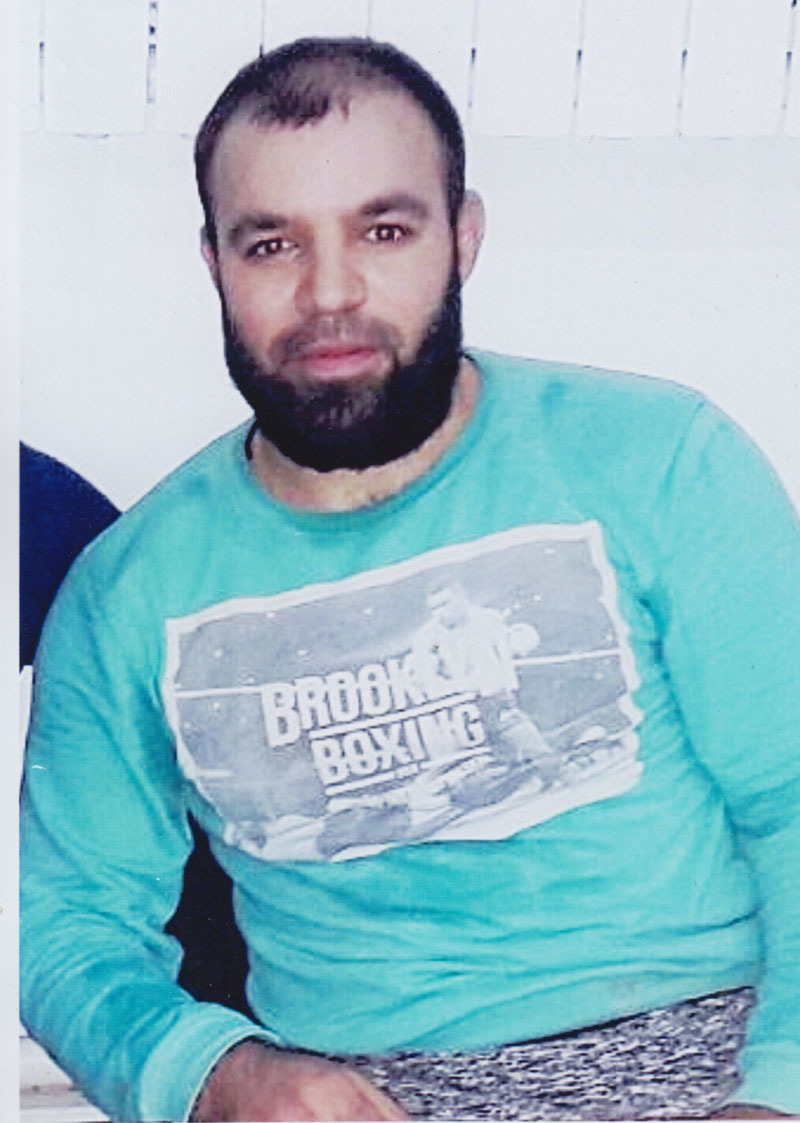 Chechnya is a small region with just 1,000,000 people, which failed to break away from Russia after the collapse of the Soviet Union. The region’s violent bid for autonomy resulted in two brutal wars: the First Chechen War, which lasted a little over a year (1994-1996), and the Second Chechen War, which dragged on for a decade (1999-2009).

The wars effectively destroyed the region. Brutal fighting and horrific war crimes killed and displaced tens of thousands of people, but to this day there are no accurate figures on the casualties.

The wars in Chechnya played a fundamental role in the making of President Vladimir Putin’s Russia – even though the first war was fought under his predecessor, Boris Yeltsin. Today, the head of the Republic, Ramzan Kadyrov, operates under Putin’s direct patronage and has essentially been given free rein over the oil-rich Republic.

Kadyrov’s dictatorial rule has allowed for massive corruption that fuels monstrous income inequality, as well as some of the worst human rights violations in the country. Moreover, those who escape the region and seek asylum abroad are increasingly under threat, as well. The Chechen authorities are known for ordering assassinations in Europe, in addition to using Interpol arrest warrants to go after dissidents around the world.

Disappearances are common in Chechnya, where suspected dissidents, sexual minorities and even members of the political elite who have fallen out of favor have been illegally detained, tortured and executed in recent years. And Novaya Gazeta’s top reporters, such as special projects editor Elena Milashina, have been on the ground covering these stories.

In 2017, Novaya Gazeta broke the story of disturbing purges targeting Chechnya’s queer community, which included kidnapping, torture and extra-judicial killings. These continued into 2019 without any official investigation, despite international backlash from other countries and rights organizations like Amnesty International and Human Rights Watch.

On January 12, 2017, Novaya Gazeta published data on a number of people who had been illegally detained in Chechnya. By that time, a total of about 200 people had reportedly been illegally taken into police custody – some of them were minors.

In early April 2017, sources from the Chechen Department of the Federal Security Service (FSB) gave Novaya Gazeta another list with the names of 27 people. Some of them, like Shamkhan Yusupov (from the city of Argun) and Makhma Muskiev (from the village the Tsotsi-Yurt), had been on their list in January.

The people on the second list had suffered a terrible fate. After experiencing illegal detention and horrific torture, all 27 of them had been executed by Chechen law enforcement in the basement of a police building on the night of January 26, 2017.

Novaya Gazeta’s editors quickly handed the list of names over to the Kremlin, the Russian Investigative Committee and the Commissioner for Human Rights, Tatyana Moskalkova. The investigative authorities in the North Caucasus were forced to start a preliminary investigation, as well.

But by May 17, 2017, the decision not to initiate criminal proceedings in relation to the mass extrajudicial executions in Chechnya had already been made. The investigator in the North Caucasus insisted that two of the Chechen residents from the “list of 27” were still alive, casting doubts on Novaya Gazeta’s investigation.

Journalists found out there would be no criminal proceedings much later – when the authorities decided to cover up the crime.

The cover-up would never have been revealed if Moskalkova hadn’t ordered one of her staff members to film all of the meetings that took place during her trip to Grozny, in addition to taking notes. Thanks to these recordings, Novaya Gazeta journalists were able to figure out how the Russian Investigative Committee managed to “resurrect” the dead.

Journalists compared frames from the videos – which show the men posing as Shamkhan Yusupov and Makhma Muskiev – with a table of photos from the Chechen Interior Ministry, which contains information on the 67 residents of Chechnya detained in January 2017.

Based on the videos and the table from the Interior Ministry, Novaya Gazeta began to look for more visual evidence of the cover-up. But turning to the Yusupov and Muskiev families was not an option – they were under tremendous pressure and tight controls, so any attempt to contact them could put them at risk of being killed.

The official investigation ended up providing the journalists with more evidence: the materials from the investigator’s report included information on Muskiev’s family members, including his brother Umar, who has a different last name. Using a Chechen passport database, Novaya Gazeta’s journalists were able to find passport data for Umar Turkoev and, using facial recognition software, locate his Instagram account. 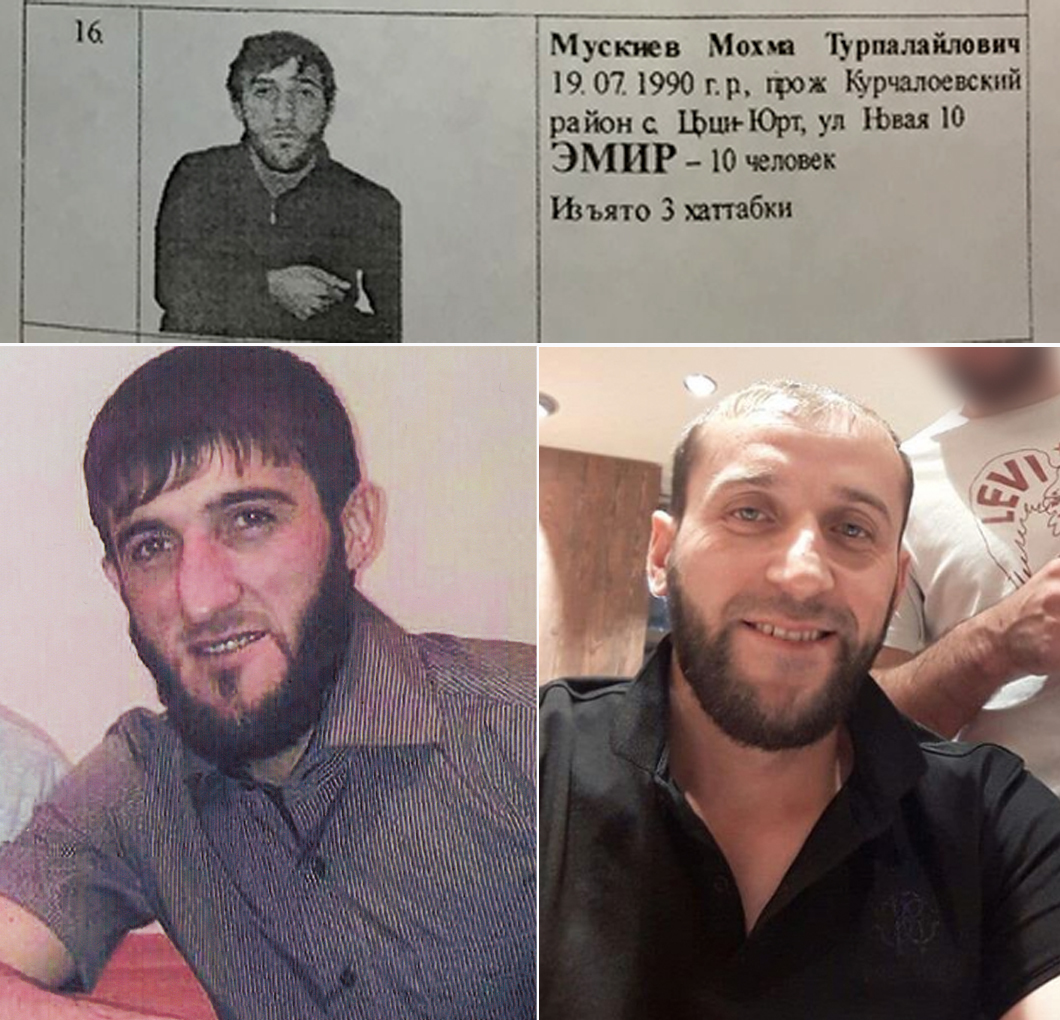 Using Makhma Muskiev’s passport data, they were also able to find a photograph of him taken shortly before his arrest. Comparing these two photographs, the differences between the two brothers became clearly visible. Novaya Gazeta’s journalists had no doubt that it was Umar Turkoev caught on video in the meeting with the Russian Human Rights Commissioner, and not his brother Makhma Muskiev. 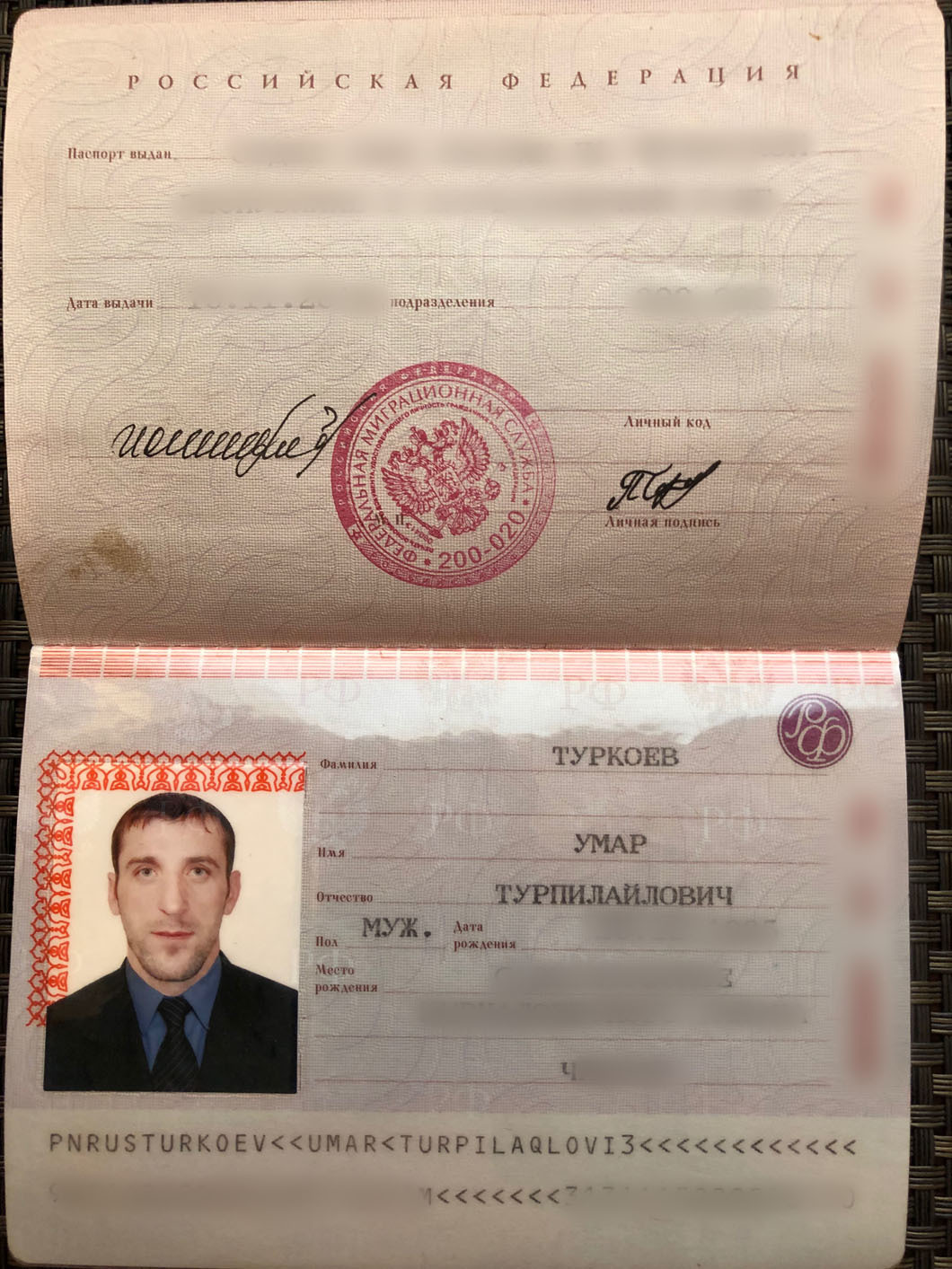 In response to the investigation, Human Rights Commissioner Moskalkova said through her press service that she would verify Novaya Gazeta’s exposé.

Novaya Gazeta has also asked the Human Rights Commissioner to pay special attention to the safety of the Yusupov and Muskiev families, who are the most important witness in the cover-up.

Novaya Gazeta is also planning on passing along the information from the investigation to the Russian Prosecutor General, as well as the European Court of Human Rights (ECtHR). The newspaper’s journalists, as well as the relatives of those killed and their representatives, have already appealed to the ECtHR.

/Translated and abridged by Eilish Hart. With materials from Elena Milashina of Novaya Gazeta. Courtesy of the Russian Language News Exchange.